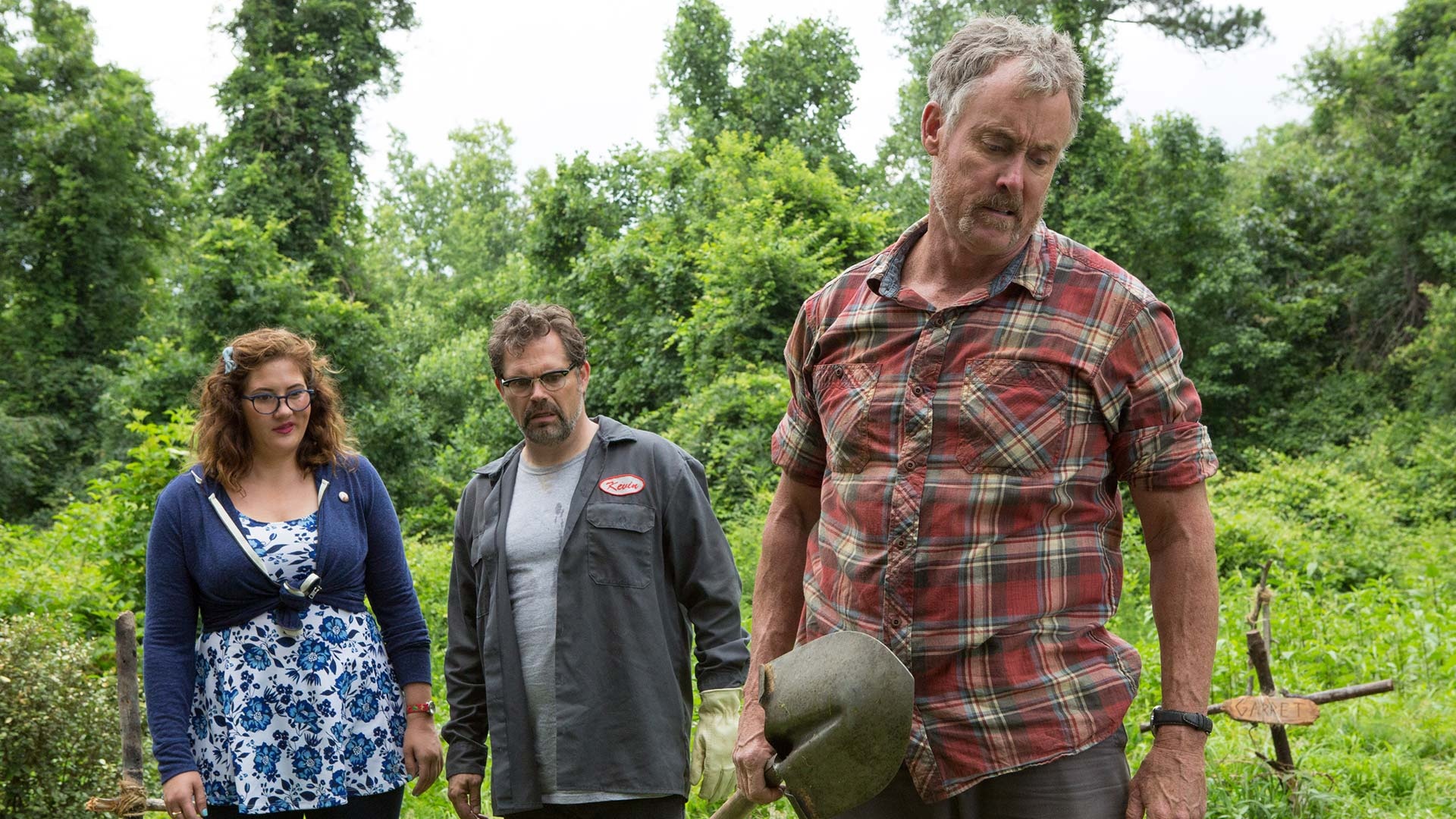 Stan Against Evil returns to IFC in search of Evie in “The Black Hat Society Part 1” and “The Black Hat Society Part 2.” Stan’s world is basically demon free but he’s tormented by nightmares. He sees himself digging up a grave, then he’s haunted by Evie’s ghost, but he doesn’t remember her. In this world, Evie never existed, Stan is still retired, his daughter Denise is still a little off, and Leon is the Sheriff of Willard’s Mill.

There is a coven of good witches in town, one of them is Constance, the daughter of Constable Eccles, the center of evil gravity for Willard’s Mill. Eccles has Evie locked in 1692 Willard’s Mill where he plans to burn her at the stake. The modern coven knows of a prophesy where Stan rescues Evie. They don’t have a record of her burning, the believe she just disappeared.

The witches claim Stan’s wife, Claire, was a member of their Black Hat Society. He doesn’t believe them, but he never took the time to meet her friends either. They do know about her secret weapons room. When he escorts the witches to his wife’s old room, he hears a voice say, “Did you get the eyes?” The main Black Hat can’t hear the voice, but she believes Claire is calling out to him. Stan doesn’t know what’s going on yet but he’s sure the grave from his nightmare has something to do with it and he knows where to find it. 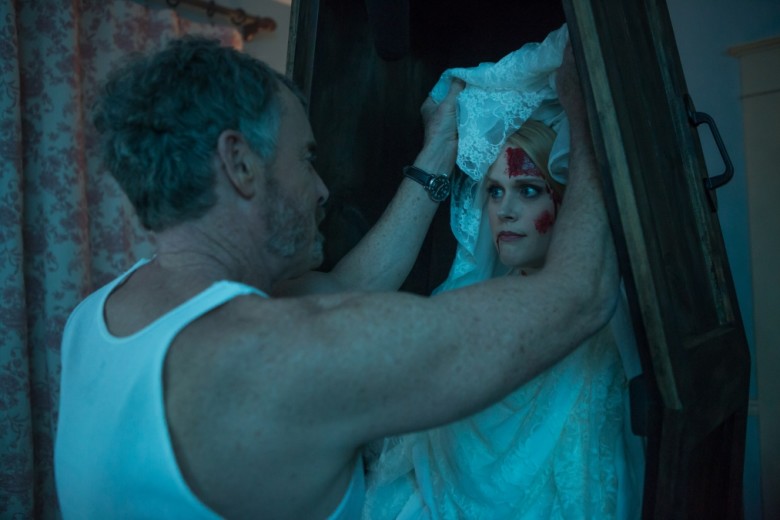 Kevin, the grave digger, directs Stan to the only unmarked grave in the old cemetery. Stan finds an ancient piece of wood with “Barret” carved into it. He starts digging while Denise, Kevin, Constance, and Miss Black Hat stand and watch. Everyone loves to bag on Stan’s need for leisure time, but he does all the work when he needs to. Constance tries to discourage Stan, Evie wasn’t killed, she disappeared. Then he hits something solid, a very old coffin. Stan knocks his shovel against the decaying wood a few times until the ground starts to quake.

A raggedy old wraith erupts from the old box. The Black Hats warn Stan, the ancients say the wraith cannot be killed. Denise panics, Kevin says they’re all going to die, but Stan holds his ground and takes a mighty swing when the wraith makes its next pass. Stan kills the winged demon with his shovel. The wraith was a trap set 400 years before by Constable Eccles. The Black Hat’s tell Stan they need the demon’s eyes to lead him to Evie’s time. Stan scoops them out and Ziplocs them. 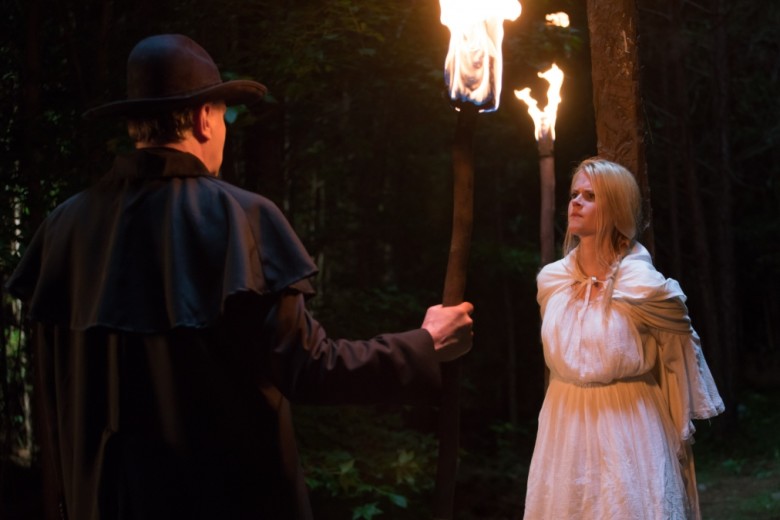 Constance leads Stan to her old family farmhouse, derelict and creepy. The main witch gives him a black cloak to blend in when he travels back to Willard’s Mill, 1692. The cloak is a cool idea, but Evie isn’t hard to find when he goes back in time, she’s the town’s main attraction. While Constable Eccles monologues the town about purging evil with fire, Stan sneaks in and frees Evie from the pole. Eccles conjures the wraith form the dirt and send it after Evie. This time, Evie and Stan remember each other. Stan fires on the wraith and it disappears long enough for them to return to 2017. Unfortunately, Eccles follows them back.

Eccles taunts Stan and Evie before then can leave his dilapidated farmhouse. He warns Stan to either give up Constance or Evie, he can’t have both. Evie grabs Stan’s pistol and draws down on Eccles, but the wraith attacks before she can get a solid shot off. Stan saves her from being ripped in half. Bottom line, our two favorite law enforcers are back slugging it out with evil. There is something very Butch and Sundance about these two, it’s more than a romantic link, it’s a spiritual link, they share a brutal destiny and duty that no one else understands. 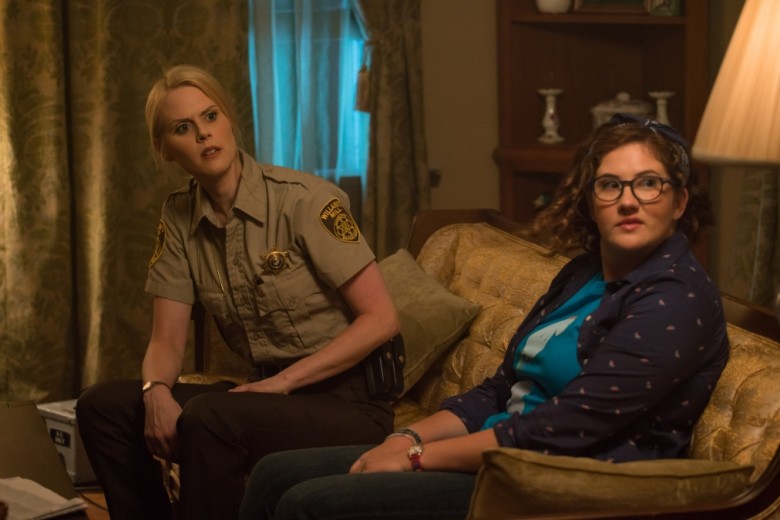 Evie is happy to be back at her desk while deputy Leon answers the weird Willard’s Mill’s 911 calls. One minute Leon can see and talk to her, the next minute, she’s gone. Evie realizes she’s slowly disappearing. She can see and hear Leon and others. Stan is seeing people too, the spirit of Constable Eccles torments Stan. He warns that Constance and Evie cannot live at the same time and space. Unless he delivers his daughter Constance to him, Evie will get stuck between the living and the dead. A dreadful existence.

Stan confronts Constance, but she doesn’t want to go back either, her father ruined her life. On the other hand, she doesn’t care if Evie pays the price for her freedom. Stan isn’t willing to give Evie up to the dysfunctional family Eccles, so he strikes a deal. Stan hands the wraith’s eyes to Constance which allow her to travel to different time periods. Constance goes to 1919 and buries a secret in a jar by a tree for Stan to find in the future. The note reads, “Find Gerard DuQuette and may God help you.” This time, Evie returns in full. Again, it looks like the show is only giving us eight episodes. However, as long as they keep them fun, a little gross, and attract great talent, the audience will hang with one of the last grumpy old men on television.