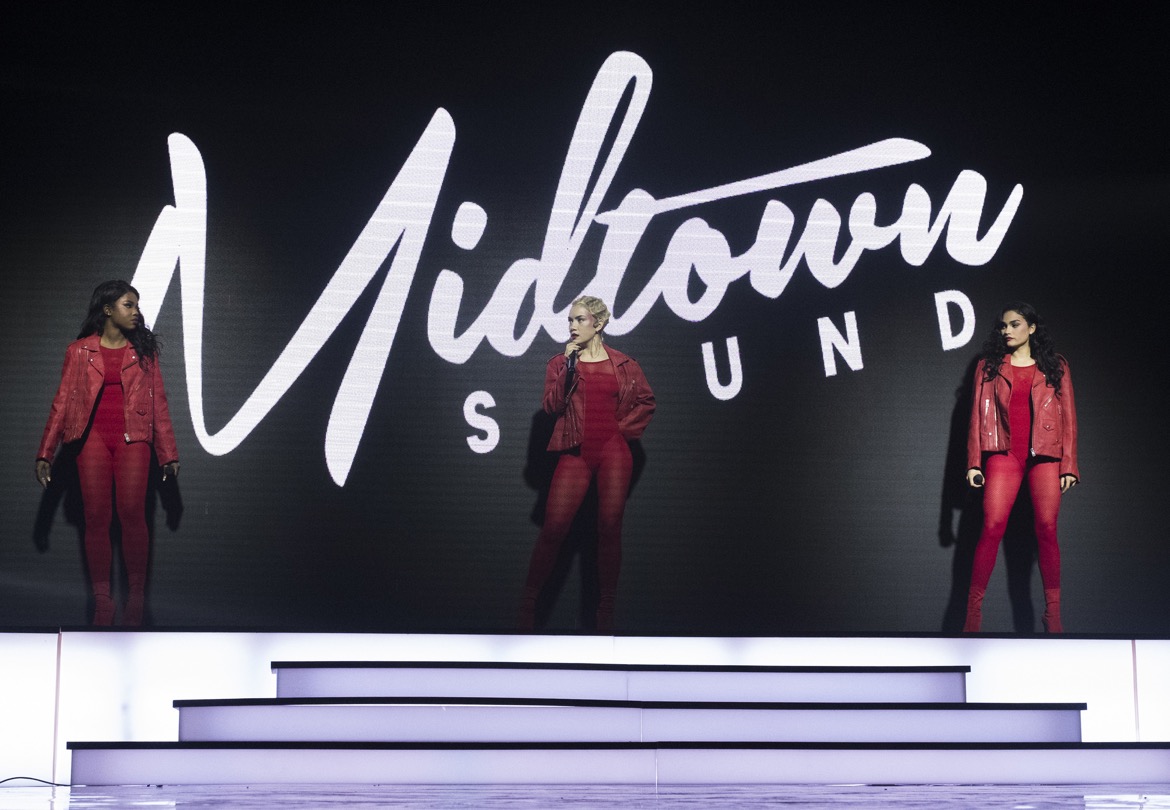 Star is a mess. It’s all over the place, and someone needs to clean it up – but it will never be cleaned up. It will stay a mess, because that’s how this show chooses to live. The concept of grounding characters is completely lost on this show, and we’ve come to a place now where nothing seems to matter, because everything matters. We have too much plot, too much drama, and too much mess. The way this show has decided to change certain characters is really strange. Cotton for instance has been reduced to a damsel in distress, but a hoe. And Alex has been reduced to a fame hoe, but also a hoe. Alex is particularly frustrating. I feel like this show really went in on her being “sex deprived” after Derek’s accident, and I’m not sure that’s a fair portrayal or suits her character. This is the same girl that rejected handouts and her father, so why would she: 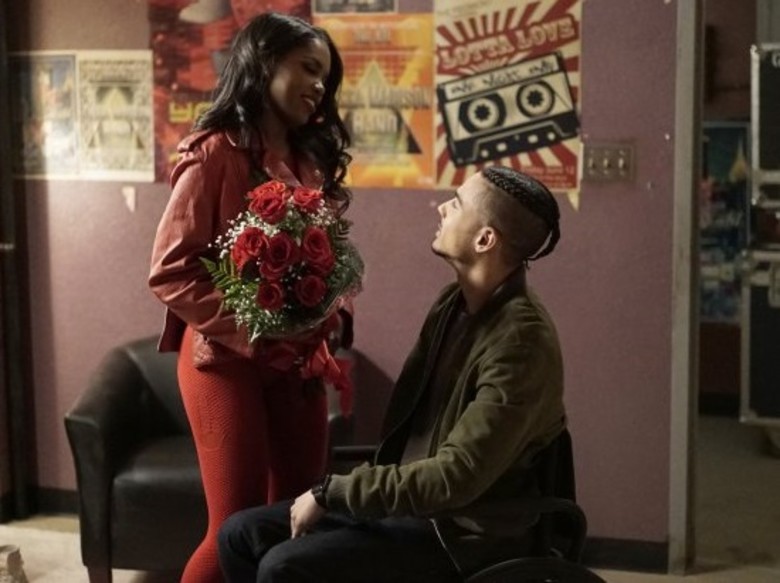 It just makes no sense. But honestly this show doesn’t make any sense. The amount of new plot that’s constantly being generated makes it impossible to ever understand what’s happening. I’m sure in a bubble, Alex making out with Noah as her boyfriend literally wheels into the room to congratulate her on her performance was a great moment, but in context it’s just fake drama. I’m not sure what this show is trying to be anymore either. In the beginning of this season it felt like Star was able to make fun of itself, but recently it feels like it believes its own hype too much. I mean let’s rundown the plot that happens in this episode, because it’s staggering:

The girls set out to win the showcase, Jahil’s nephew tells him they want nothing to do with him, Simone makes out with a girl (who she loves), the salon gets shut down after Bruce gets caught giving illegal butt implants, Bruce gets fired, Star goes to tell Noah that she loves him – but he seems to be into Alex, Jahil goes on a bender, Cotton finds Elliot seemingly dead in his office after being shot, Cotton is blamed for Elliot’s death, Ayanna has a talk with her dad about loyalty, Omari (Cotton’s prison boyfriend) threatens her in a hospital closet, The group performs at the showcase and Simone has a panic attack, Star throws the pills Ayanna gave Simone off the roof and threatens to kill Ayanna, Jahil’s nephew finds Jahil comatose in his trailer after a drug overdose, Noah kisses Alex on stage, Derek’s foot moves, Derek wheels in on his girlfriend making out with her scene partner, Star points a gun at her boss (Ayanna), Cotton is drowned in her bathtub by Omari, Miss Carlotta’s salon/house is burned down with Simone’s girlfriend still inside it. 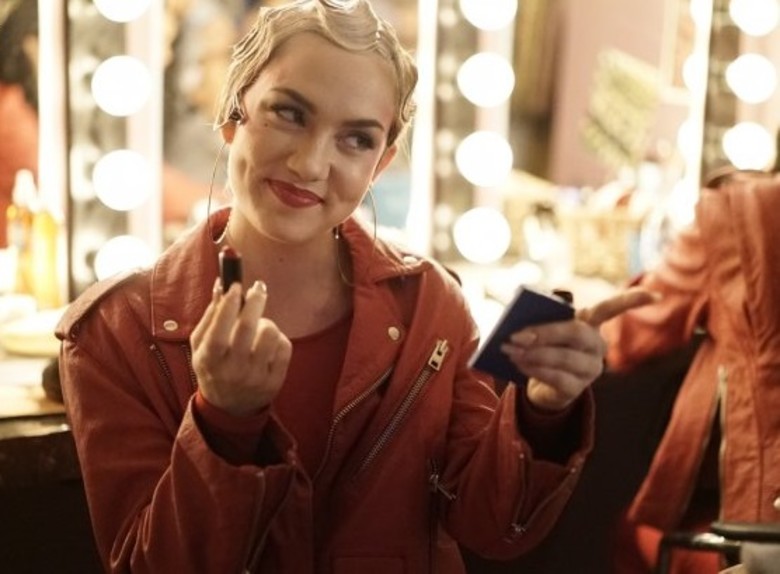 And I think I missed a few things. This enough plot for three seasons worth of The Sopranos, I don’t understand why Star wants to be a soap opera but take itself so seriously in a very unfunny way. There are some moments, particularly Bruce getting fired for giving out illegal butt injections, that’re just amazing, but most of this can be avoided. The love plots on this show are particularly problematic because none of them seem like they’re grounded in any sort of reality. When a love plot ends or heats up I feel nothing – and maybe I’m just an Ice King, but I cried during season one of Stranger Things so I don’t think so. Star needs to realize that less is more, because a thick paragraph of plot is never going to make any episode of your show feel fantastic. There’s no time to breath, no time to rationalize anything. You’re sprinting through this episode hoping to end up with some semblance of understanding or be entertained enough that it wont matter. And although most of this episode was entertaining, it just doesn’t do it for me.

I hate comparing the two shows, but Star should really take a page from last season’s Empire. There was a sense of grounding that allowed Empire to make ridiculous leaps while keeping true to its roots and its characters. Star doesn’t have a good grasp on any of its characters at this point. Take the titular one: Star was so happy to call herself a hoe and began this season sleeping with Mike Epps in order to get their record heard. Since then she has fallen head-over-heels for Noah Brooks and has added literally nothing to the plot outside of that and a few interactions with her father. This girl was the catalyst last season and now she’s taking a backseat to Alex who has adopted Star’s traits. It seems like the show dictates the characters, and not the other way around. What I mean is, it doesn’t matter who is taking center stage, the character will be a ruthless female that gets what she wants no matter who it hurts or the consequences. Star last season, Alex this, maybe Simone next. 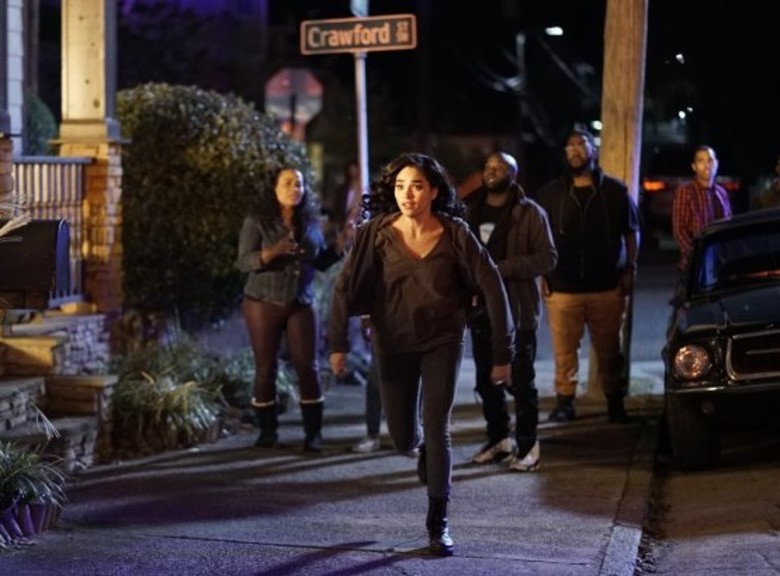 The fall season tries to end on a cliffhanger but it’s nothing but false drama. Is Miss Carlotta’s A&R boyfriend gearing up to tell her that her daughter was burned in the bathtub she drowned in? No. Ironically that dead look on Cotton’s face saved her life, because staying in a bathtub during a fire keeps you cool. Sure she may be in a coma or something, but Cotton’s fine and Miss Carlotta will probably find out that the only thing they lost in the fire was her terrible wig collection – which is worth crying over.