If there was any doubt as to whether the wheels where coming off at the STAR-mobile, I would like to be one of the first to announce that yes, they are. To the point that I think they’ve been off, we’ve just only noticed it now. Where do I start? Well, for no reason whatsoever, Otis rapist/ironman/boogieman extraordinaire, somehow arrives at Miss Carlotta’s hair salon, scouting for Simone. I wish we have an explanation, but of course, we don’t. Every episode of this show has been an exercise in “WHY???” and the latest of this just so happens to be Otis.

You see, we’ve been getting little checkups on Otis at the end of every episode, but at no point did I think that we would reach a confrontation so early. He was this looming threat that didn’t seem real. Why should we care about this guy or think that he poses any legal threat to the girls? We’ve already overcome any moral dilemma about ending his life, and Star had to go through the foster system in order to retrieve her sister. So all this talk about, “He’s going to alert the cops and we’re going to be taken away,” is absolute garbage. It’s manufactured conflict in the laziest way, because the world that Star exists in already debunked any possibility from this happening. And yet here we are, at a hair competition in Atlanta featuring Gladys Knight, spending the entire episode dealing with Otis.

Yes, that’s right. Atlanta is the place for putting on hair shows, and it seems that if you’re a girl group, it’s also the place to perform at. One of the girls who works at the salon is related to Gladys Knight, so it doesn’t hurt that Gladys stops by and helps the girl group with their performance. But I gotta add, I don’t get it. I hate when people compare Empire to Star but in this case, it’s necessary. It makes sense when Birdman stops by for an episode or two on Empire. The Lyons are an incredibly rich and powerful music family. But outside of Alexandra who has denied anything of a handout, why the hell is Gladys Knight there to help the girl-group-to-be-named? And while we’re at it – HOW does this girl group not have a name? And if they do have a name, how is it so dull that it has completely escaped me? You can’t tour and do shows without a name. The last time we heard any semblance of a name, an open mic host in a dive bar introduced them as ASS (Alexandra, Star, Simone). So I guess until they come up with a name, I’m going to call them ASS.

So yes, there’s a hair competition, and yes I’ve seen Chris Rock’s Good Hair and know they’re a big deal. But they don’t play a big role in this episode, which is a shame. It could’ve been a fun, goofy episode with crazy elaborate hair pieces and music numbers. Instead it turned into the worst version of Enough I’ve ever seen. The only good part is seeing Star visibly SHOOK after catching Otis in the crowd. Again, how Otis knew to go to the show – I’m not sure. Was he like, “Well I can’t find the foster daughter I love to rape, let’s kill time by watching some cool hair,” or maybe he was like, “If she’s anybody worth my attention, she’ll be at this hair show.” I’m crude, I know, but Star deserves it. 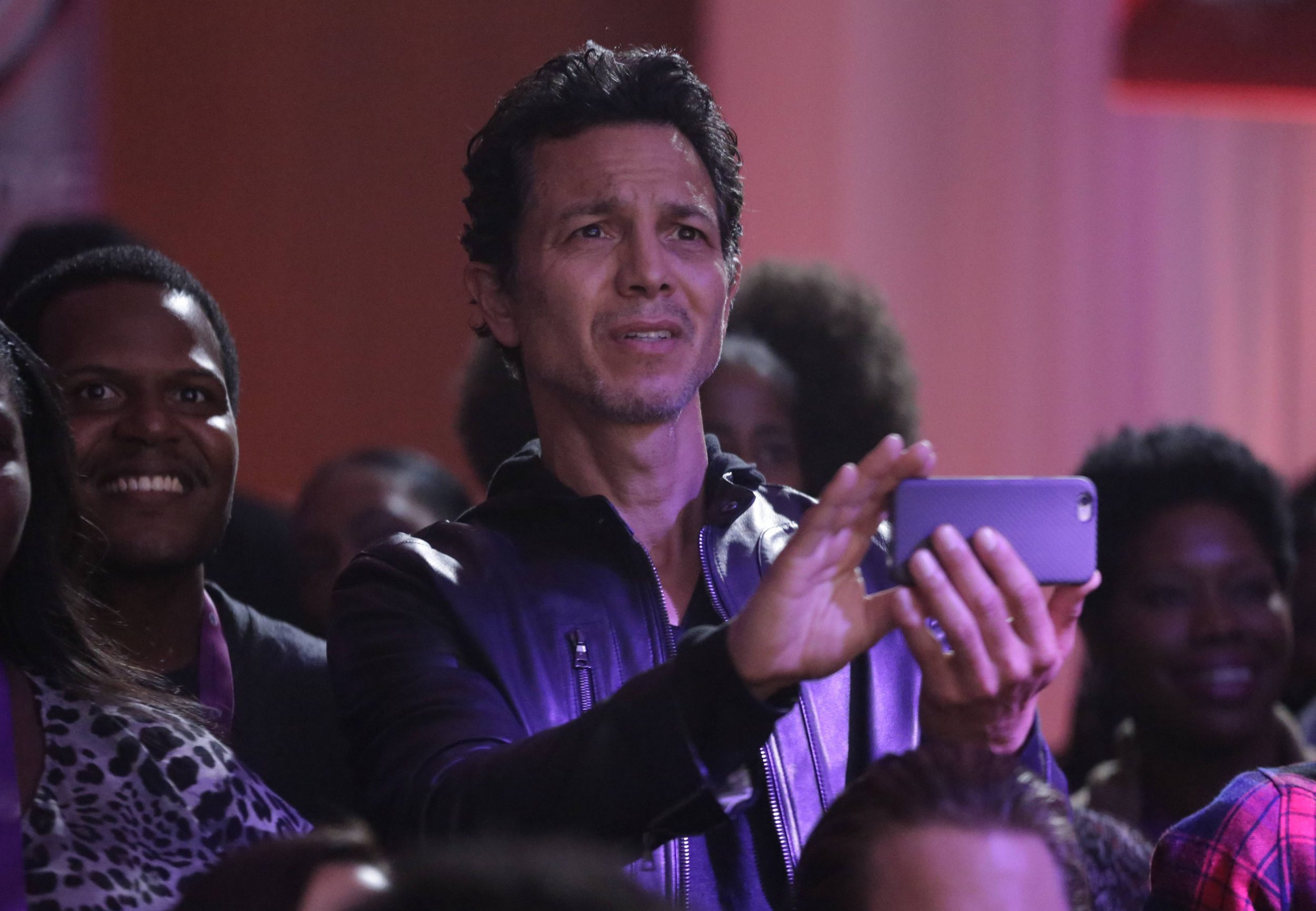 So now we get to the rest of the episode which consists of everyone individually finding out Otis is here and deciding to kill him. Don’t get me wrong, I’m all for it in concept. But the execution is boring. These are not quick clips of gearing up that lead to a big climax. It’s all build. We don’t even see Otis get shot! We just see Simone take Miss Carlotta’s gun, Star grab a box cutter, Cotton grab a pair of scissors, Jahil Rivera grab his gun, and Alexandra try to find everyone. We see a confrontation between Simone and Otis in the garage, but it’s clear that she doesn’t have the courage to pull the trigger. Regardless, Star finds Otis dead in his car, ready to be transported by Jahil to some ditch in the ground. Great. So this horrible plot is finally put to rest. Except it’s not.

Simone is now forever traumatized, despite what anyone thinks. She has been tortured by this man literally in every single way, up until his SECOND death. According to the “Rule of 3” I would not be surprised if he turns into a Rape Zombie a few episodes from now, with a random clip at the end of an episode that shows a decrepit hand piercing through a roadside grave. I’m kidding… I hope. But this show likes to play us for idiots. Case in point: as if anyone in the audience thought that it was Simone who killed Otis, Star and Alex are surprised when Simone swears she didn’t kill him. Obviously she didn’t. Obviously it’s Jahil, Carlotta and Cotton. Unless of course it’s someone random, but what’s the point of that? Better yet, what’s the point of this show? 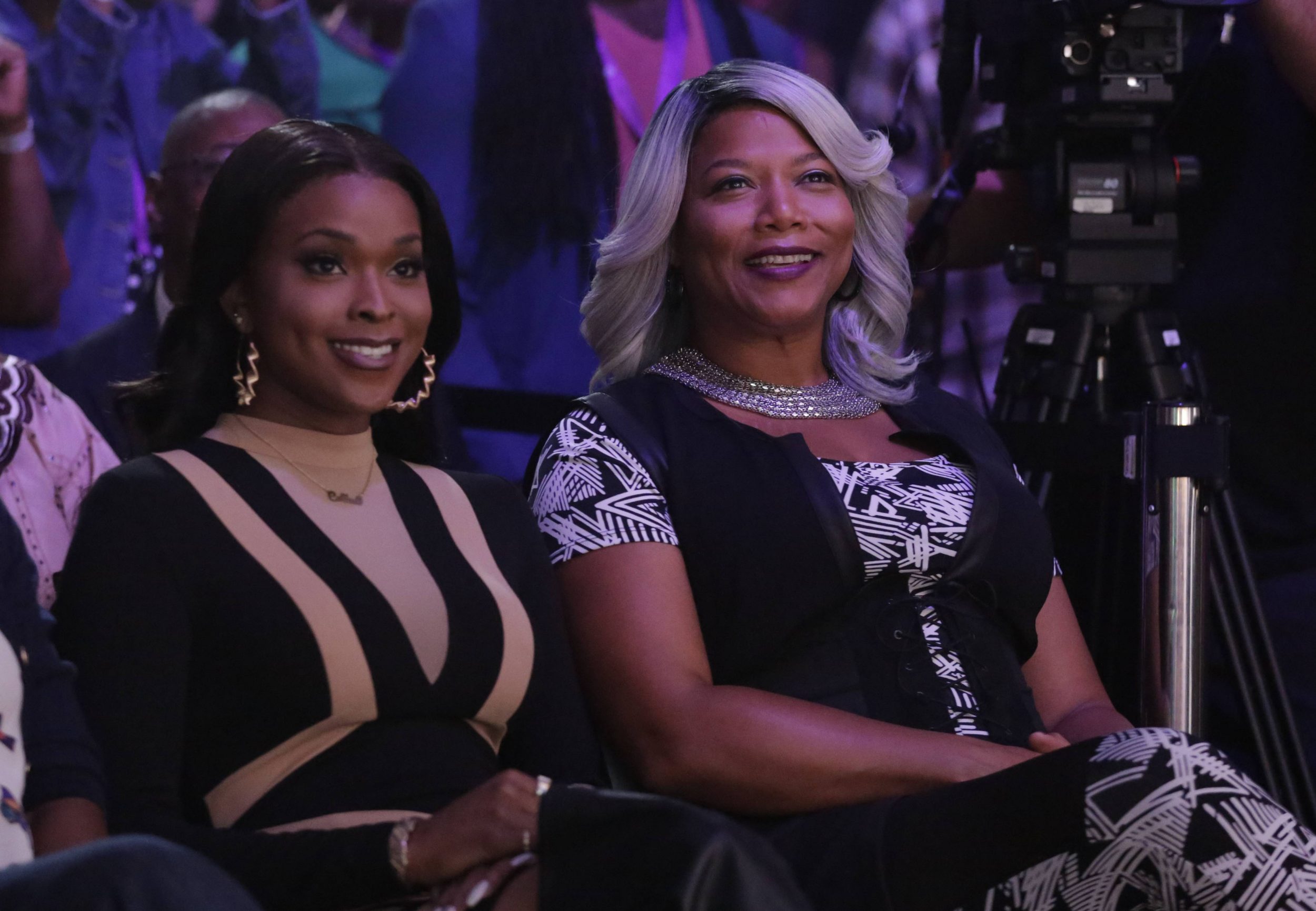 I am a defeated man. What do I do with this episode? I didn’t even get into the Jahil/sex slave plot – because honestly who gives a shit? This is supposed to be a show about a girl group named ASS in 2017 trying to break out into the mainstream. And instead we’re getting a Lifetime miniseries. The premise of this show is entirely flawed. At no point in ASS’ existence have we felt like there was an iota of a chance that they wouldn’t make it, or even face resistance. Star is somehow dating a star quarterback, Alexandra seems more than fine after being cut off, and Simone… well Simone has a tough life. But at no point does the music feel bigger than them or there problems. And it should. If music is as important as Star makes us want to believe, it really should.