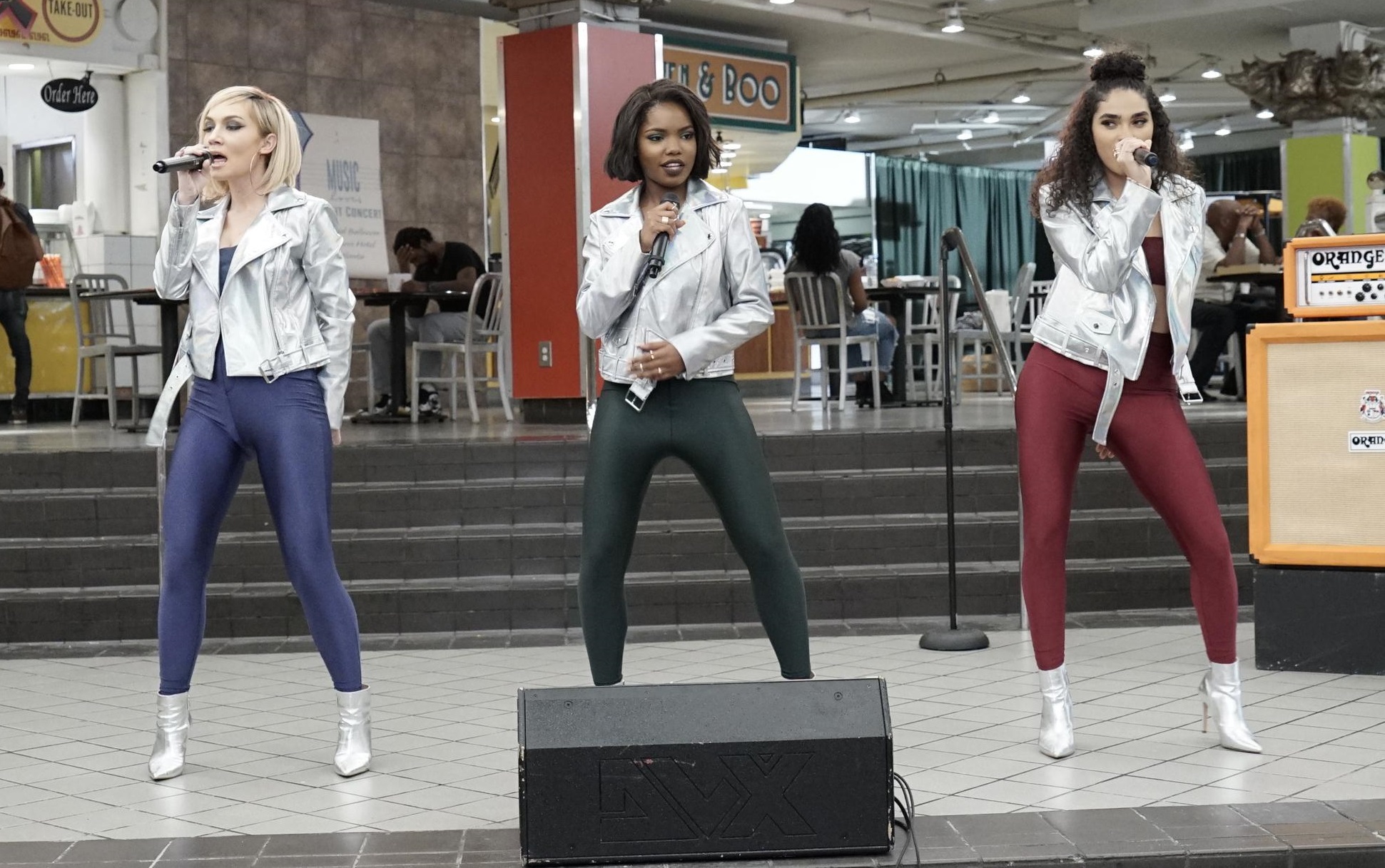 Star continues to surprise. I can’t stress how much better this show is in its second season. There are actual consequences now that lead to bad situations for the girl group. I don’t like seeing these girls punished, but when you spend a whole season doing everything but singing, it only makes sense that you will have no discernible sound. It’s fun to watch a show that’s actually about a girl group struggling to make it in Atlanta because that’s what this show was always supposed to be. Sure, Simone still gets into some stuff, and yes, 19-year-old Alex is really going through her share of trials and tribulations, but it always bounces back to the music.

The new head of the record company, Ayanna, is not one to hand these girls anything they don’t deserve. When the company sets up this plan to have their “bubble” artists perform at random locations in Atlanta to try and draw out popular support, Ayanna sends Big Trouble to a mall. If this was the 80’s, that would be a big deal. It would also make more sense why they’re trying to be a girl group. But it’s 2017 and Derek’s insurance is trying to drop him and Simone just saw her cellmate hang herself and Star really has to go pee and this is just not going to work. So, the girls try to think of something, but the best part is, they can’t. Not only do they have to sing a song in a food court, but they also have to sing an island remix of their own song, “Sugar.” This is not a good look.

Carlotta tries to push for some leeway, but ends up running into the new A&R who serves to give Ayanna a little less screen time. This island remix thing is really getting under everyone’s skins, and a desperate producer does not make a good girl group. This was a lesson that Jahil (still) hasn’t learned, and it’s one that Carlotta is desperately trying to fix. After referencing Beyoncé and a plethora of other acts, she and the A&R make a deal: if the girls kill it at the mall, they can have what’s called “Producer Rights,” being able to choose their producer.

Jahil knows that Big Trouble can’t deliver with a bad song. They’re cool, and hip, and sexy, but they’re not musicians – not yet at least. Jahil is determined to get back into the game, not as a manager but as a producer. He wants Big Trouble on his side, but they don’t want him. In Jahil, the girls see nothing but a cracked-out lunatic that was supposed to be dead. But it’s hard to say if Jahil is as crazy as he seems: in nearly every instance of the episode he’s right. Big Trouble can’t perform a crappy remix in a food court and expect to make noise. Cotton should be nicer to her mother and watch out for Eliot’s advances (more on this later). And Jahil does need to get himself back in the game. He ends his episode arc approaching Ayanna in a bar with a new track, clearly piquing her interest. It seems as though Jahil is going to be a player in this game. 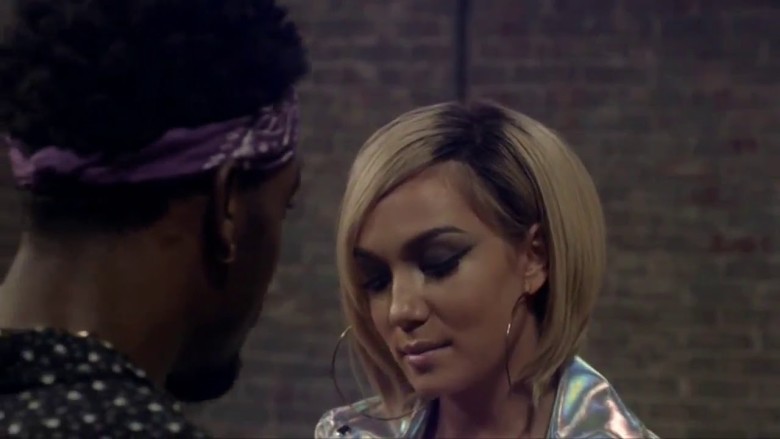 Cotton is dedicated to making it on her own. Eliot gives her a job at his construction company being his secretary. It’s hard to figure out this guy’s endgame. I mean, Cotton stole from him and lied to him, and for Eliot to just be like, “I forgive you/we’re cool/let me help you,” is strange. It’s not bad, it’s just suspect. For every good thing Eliot does, there’s one creepy thing around the corner and it’s hard to say if Cotton is putting herself in the best situation. What is clear though is that Cotton really is doing things legit. She’s putting in long hours, trying her best to keep things afloat, and for what it’s worth, it seems like Eliot really does appreciate it.

Big Trouble performs at the mall and it goes even worse than expected. Alex breaks an amp, tells Atlanta to go f**k itself (title of the episode), and storms off into Ayanna’s office. Big Trouble is on thin ice and surprisingly it’s not because of Star, but because of a very overworked Alex. Alex and Simone are really pushing forward for their own time. Though Star is the star of the show, the rest of Big Trouble is really shining through this season.

In order to get revenge, Ayanna relegates the girl group to backup singers for Noah, during his Good Morning Atlanta performance. Everyone is worried, but Star is determined to make this moment theirs. Star sees the world in only two colors: fame and fortune. If it doesn’t fall in either of these categories, Star is unaware of its existence. The notion of them being backup singers is literally unfathomable to her entire being, and so within minutes she comes up with a plan to steal the show. 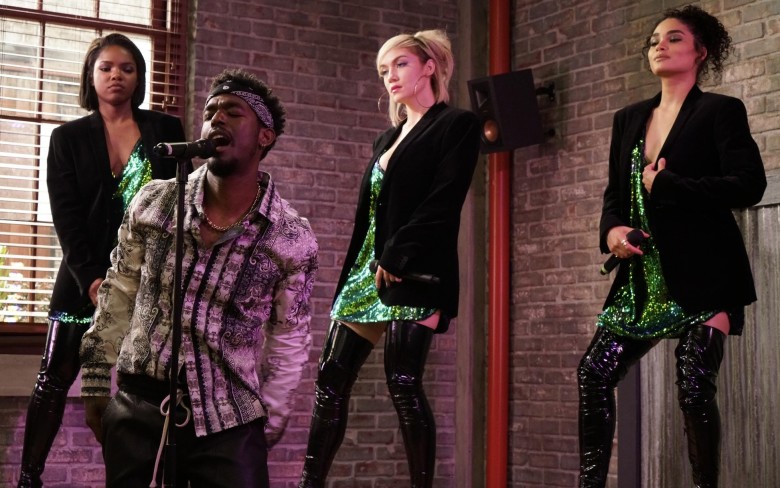 During Noah’s performance of his song “Pull Up,” Star and the rest of Big Trouble decide to perform lead with Noah. Ayanna is not happy, but the performance goes exceedingly well. When Noah confronts Star about it, she later teases him and almost pulls down his pants until he’s cool with her hijacking his career. When Carlotta confronts the A&R, he surprisingly gives them the Producer Rights they’ve been looking for. It seems like Star, for once, made a good decision and everyone is happy with her. It’s like nothing could ruin this. Until Stephen Dorff stops by claiming to be Star’s father.

I don’t think Stephen Dorff will throw the show off. They’ve done a great job so far with interjecting tons of plot while remaining faithful to the music and the main goal of the show. Each character is unique, goal oriented and determined in their own way. When they clash, it’s interesting and when they work together it’s fun to watch. I’m excited to see if Star continues to thrive.