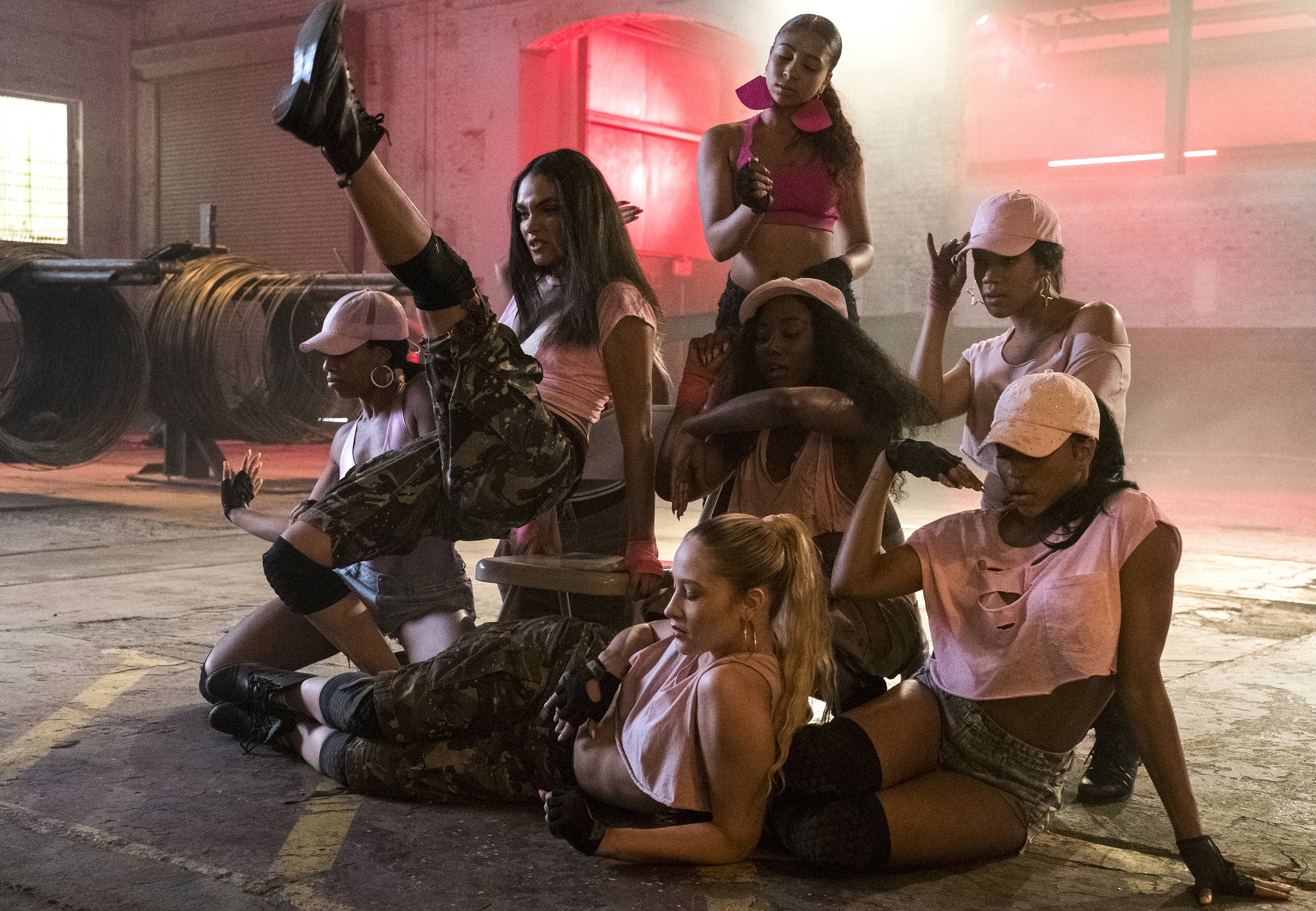 This was a weird episode of Star, but I really liked it. I think it’s important to point out that this show is finally delivering on what it promised: a show about a girl group. It’s not about murder, or assault, or sex slaves or any of that – it’s a show about a girl group, and no matter what else comes up, the context of this show is always the girl group. It took about ten episodes last season for me to realize that the group’s name was Big Trouble, and only two episodes into this season for Star to contemplate a solo career and fire Ms. Carlotta. It’s great. Music groups, even the most functional ones, are completely dysfunctional. Finally, we are seeing that play out instead of everything else.

The best part of this episode is new head of the studio Ayanna Floyd dragging Big Trouble for not being dedicated to the craft. Guess what? Ayanna is right! They spent half of last season killing a man who was supposed to be dead. They didn’t have time for lyrics! You can’t spend the day killing people and then go home and write a song. Music was a hobby to full time drama last season, and this season they’re being called out for it by everyone. Even Noah, the shady R&B star is looking at Star like, “What are you doing?” 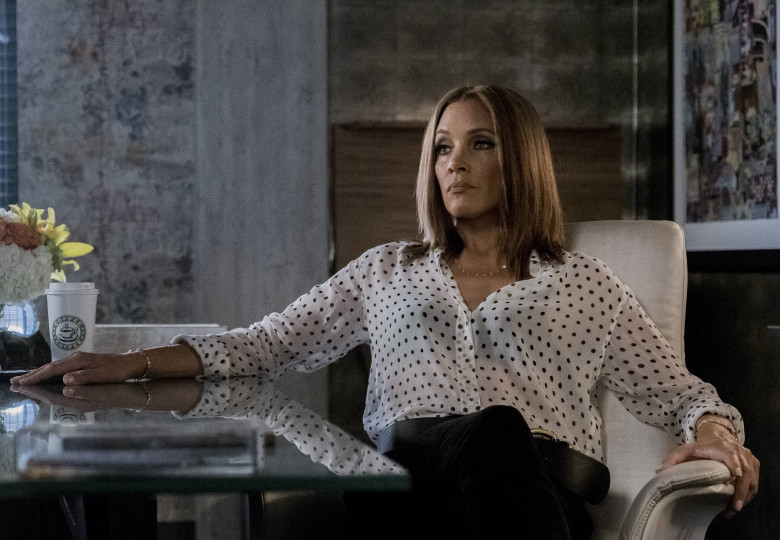 Star gets it from everyone last season. Very rarely was she called out last year, but now, it’s gloves off and throwing fists. Carlotta calls her selfish, Simone calls her ruthless, and Ayanna calls her Rachael Dolezal. But Star puts herself into these situations. She never actually wants to do the appropriate work it takes to be good. She wants everything but rarely thinks things through enough to dedicate her efforts towards something that actually will benefit them. Instead of figuring out a way to get on Ayanna’s good side, she’s convinced that doing a music video in new haircuts will distinctly change Big Trouble’s sound. It’s idiotic, but it’s not bad writing. Bad writing would be if it paid off, or if “mixtape videos” (aesthetic, look) weren’t a big part of the music game (they absolutely are). If anything, it’s a real step up: this is the world they live, Star is just too dependent on a label to be going against it.

As bad as Star thinks her life is, Simone’s is actually terrible. Aside from having to kiss a girl to get their music video up on a popular blog, Simone has to attend prison every night for smoking weed. In prison, she’s berated by a girl who clearly comes from a terrible home life. When Simone thinks that things might be getting better between them, the girl kills herself, permanently scarring Simone in a new way from all those other permanent scars she carries. There is an underrated plotline developing this season that hopefully will be explored: Star is a bad older sister. Obsessed with fame and fortune and quick fixes, she has done little to be there for Simone during her troubled times.

Alex is confusing. After it was revealed that she got an abortion (instead of a miscarriage), she has had a tough time being intimate with Derek. This culminates in her coming home one night, catching Derek scrolling through his laptop. Rather than be with her man, she decides to flex her family name and drinks champagne and tries on fancy dresses in high-end fashion store late at night. It seems like the pressure she’s put on herself is about to crack. She has denied herself familiar ties, money, or anything that came with her old life. Instead, she’s added responsibilities and guilt: writing songs, taking care of Derek, keeping an abortion from everyone, and seeking to be the voice of reason. Sooner or later it’s going to fall apart, and it seems like when the manager is worried about a misplaced diamond necklace, Alex is the one who took it.

Jahil is alive and relatively well. It turns out he planned to fake his death with Carlotta’s help. What he didn’t plan on was coming back to Atlanta. After he gets in a fight with his brother, broken up by his music-producer-wannabe nephew, he decides that the only place for him is Atlanta. Instead of a warm welcome, Jahil gets carjacked at a gas station, finding solace at Carlotta’s house. At this point, Carlotta has just been fired by Star (unbeknownst to the rest of the group), and is not in the best headspace, but makes room for Jahil. He is not one to deny a handout, nor refrain from giving advice. As Carlotta is patching him up and lamenting about the managerial woes she’s trying to navigate through, Jahil recommends she try to give Ayanna something she wants. It’s simple but direct enough to get Carlotta thinking. 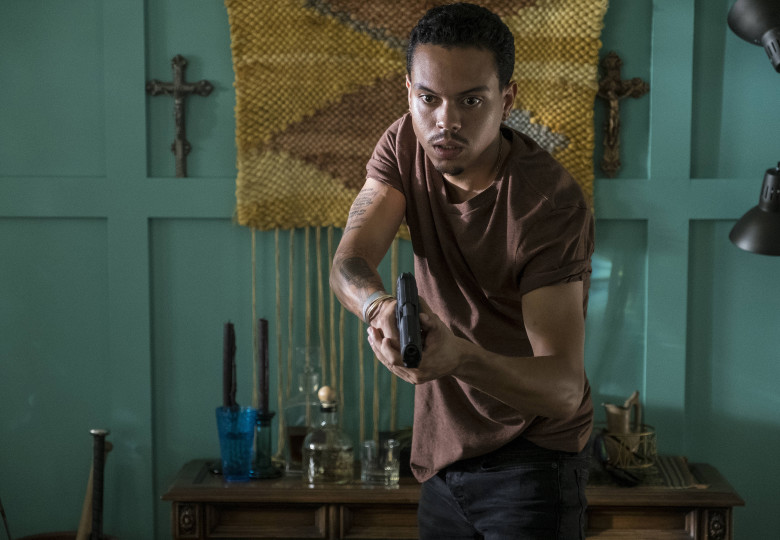 Carlotta decides that the only way she’s going to get Ayanna on her side, is to make Big Trouble look like something it’s not. That is a very accomplished girl group. Wearing the intimidating wig she mentioned at the top of the episode, Carlotta paints the picture of Big Trouble as the one group with the potential to get Ayanna out of big trouble. At first hesitant, Ayanna decides that she has nothing to lose by letting Big Trouble perform at the showcase – if they can’t deliver, it’s on them, not her. For now, Carlotta has won.

Star is unaware of Carlotta’s victory, forcing herself into Noah’s studio time. At first resistant, Noah decides to help her on her solo track. Star’s sad vocals seem to agree with Noah’s vibe and he begins to see Star in a new light, maybe enough so that they could make music together in the future.