We’ve reached a point where we just have to say it like it is – STAR is a bad show. A really bad show. There is no point to anything that goes on, no character motivation, no actual struggle, nothing. Our reality and this show’s sense of logic are so off that it’s near impossible for the viewer to accept anything as true. We are told to believe that this girl group lives in squalor, but they literally haven’t had a goal-related setback yet. This is not a show about a girl group making it, this is not a show about music. This is a show about mess, and nothing else. Just mess. It’s a Post-Trump show. The mess manifests itself in ways we don’t understand. For instance, last week we spent an entire episode trying to kill a man that deserved to die. This week we spend an entire episode trying to believe that Miss Carlotta is anywhere near justified for keeping the memory of Star and Simone’s mother away from them. Spoiler Alert: she is not justified in the slightest. It makes no sense. When Simone finds a box of her mother’s things, amongst them a VHS tape of her performing a song in the studio, it’s impossible to fathom why Miss Carlotta takes such offense. When Simone shows Star and Alex the tape, and pleads for them to use the song (which is a whole story in its own right), it’s impossible to understand why Miss Carlotta is so belligerent towards them for watching a VHS of their dead mom. It’s like Miss Carlotta believes she has ownership over their mother, and it makes absolutely no sense.

Now let’s get to the other issue of the episode, the song. This song is supposed to mean something, it’s supposed to carry weight… but it doesn’t. Alex and Simone believe they need to use the song to their advantage. The stuff they’re performing now isn’t cutting it against the competition (the competition being an opposing girl band who sing… The Star-Spangled Banner??) and Alex thinks they need to do better. Star is offended at the notion of using it, but for all the wrong reasons. Star should think that they can write and perform a better song, but instead she’s offended because she “hates” her mother. It’s bad conflict because it’s unfixable. There’s not going to be a memento or a story that will change Star’s point of view because the whole thing about Star’s character is that nothing changes her point of view. Which is fine, until you start digging plot holes. So how does this resolve? Exactly how you didn’t want it to. Star realizes that it’s a better song than they could ever write – and after Alex changes the generic beat into another generic beat, Star agrees to perform it. 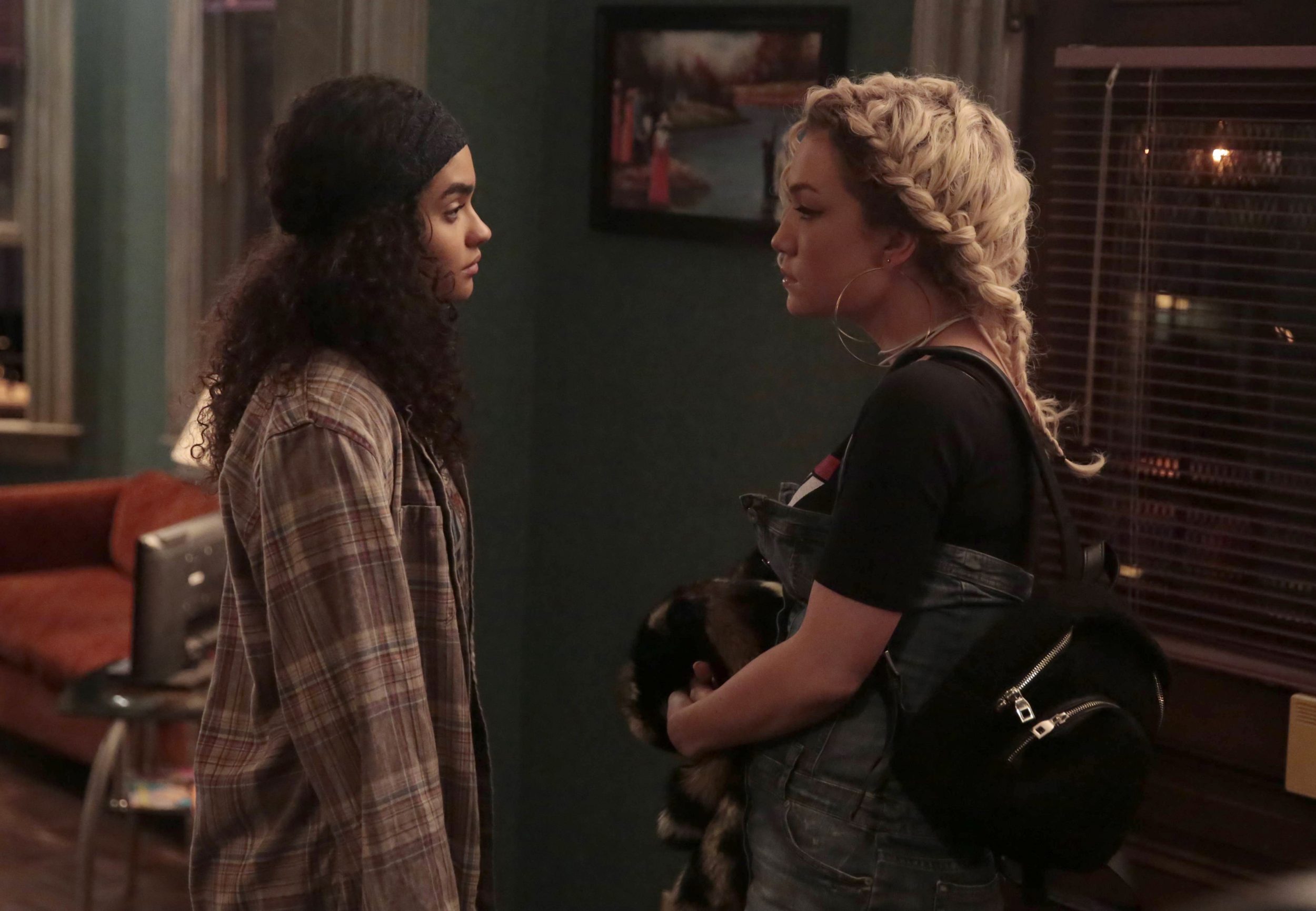 Do you see what’s going on here? These girls are constantly either being handed something or settling. Leaving the horrible rape plotline that Simone had to struggle with aside, they have never had to fight for anything in their life outside of the (good) pilot. Since then, a star quarterback has fallen for Simone, Miss Carlotta has taken them in, Alex’s parents are letting her do whatever she wants, Jahil Rivera gets them whatever they need, and when you think their talent makes them hit a wall, Simone opens a box full of uncopyrighted music. At this point these girls have a pipe dream and are riding that wave to stardom. It’s the most boring rags-to-riches story I’ve ever seen, because at no point do they feel like anything but riches. So when the email comes in that they’ve made it to the next round of the competition, it’s like, “no shit.” And that’s really how you want your audience to feel?

Now, for the weird. (And this show has weirdness sprinkled throughout, but this episode was full of it.) First, let’s take a look into Star and prettier Matt Ryan’s relationship. After the Dirty Birds’ quarterback literally says, “Use my credit card, get whatever you want,” he then tells Star that the last time he saw his dad he used him as a human shield during a shootout. OK, that must be a traumatic experience, right? I mean ANYONE using you as a human shield is a traumatic experience – but your dad? “It wasn’t that bad,” says quarterback. But when Star uses your credit card to buy $20,000 worth of stuff, that’s when you feel betrayed? Next time, Star, use his body, which as an NFL quarterback is a vital necessity to his job, to soak up some bullets, and don’t be such a bitch. I am at a loss for words. 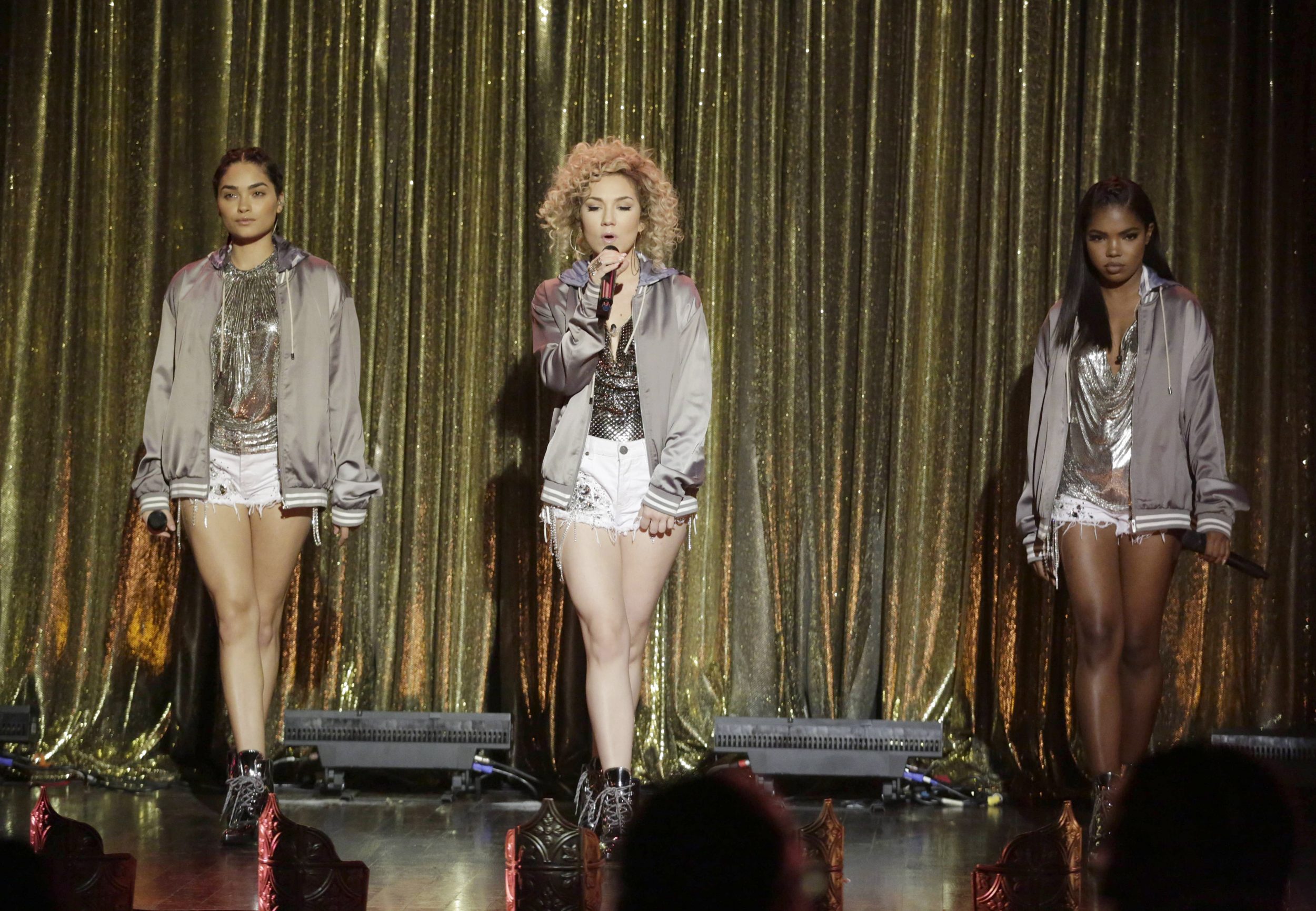 And then we get to the whole “who murdered Otis” plotline. Why does this matter? It wasn’t like anyone watching this show was attached to Otis. The man went from rape, to sexual assault and threats, to dying in his car. What a likable journey! Honestly, the notion that a guy who was raping his foster daughter and then hunting her down after being stabbed to (almost) death being killed by another random, shady character is unbelievably high. Who the hell cares who shot him, he’s dead – and the fact that Star is continuing this plotline with police finding blood in his car and blah, blah, blah is just indicative of how horrible this show is. It’s a bad plotline that has nothing to do with the conceit of the show. “Hey, would you like to watch a show about a young girl group trying to make it in Atlanta with an omnipresent plotline that involves their foster dad raping them?” “No!” End scene.

And then Jahil Rivera is randomly kidnapped. Just like the Atlanta we know and love, where middling music managers who are involved in human trafficking and murder are then kidnapped. There’s just nothing to say about this plotline because it has no implication for anything. If Jahil dies, then everyone goes on with their lives. And if he lives, everyone goes on with their lives. He has done such a bad job managing them that their entire career hopes are pinned on winning an open competition. Let’s see if we get there before the show is cancelled.