Welcome to STAR. The new show that you were unsure you wanted, watched because it looked lighthearted, quickly learned that is not that lighthearted, but stayed with it because it’s a wild ride. I could focus on how the tone is all over the place, that the main character and the show title have the same overbearing name, and that this show is not better than Lee Daniel’s other hit, Empire. But that would be a stupid. Star is like if Lee Daniels said, “I want to remake Showgirls with a Precious aesthetic.” And that’s scary fascinating. For all the intentional (and unintentional) camp and skimpy clothed girls there are some dark, dark, DARK moments. And it’s tough to say whether I like that or not, but I’m definitely intrigued.

Star lets you know from the getgo what it thinks of foster families. It hates them. Star’s foster family is a couple of fat rednecks who make her do the dishes. Too bad for them, Star is going to be a… star. A lot of this show is dedicated to her reaffirming this, but it honestly rings truest in the beginning. With a bedazzled iPhone 6 in one hand, big blonde hair, a push up bra and a bad attitude, Star convinces you that she really is above this and that her foster family really is mistreating her. After having a Face Time conversation about music with Alexandra, a rich girl in New York that she met on Instagram, she decides to leave the foster life behind forever.

Star is without a doubt the most straightforward character on this show. Usually that would be a bad thing, but in a world as intricate, tortured and campy as this, a protagonist we can expect is welcome. Alexandra is a little less cookie cutter. For one her father is Lenny Kravitz. OK not literally, but he’s pretty much playing a douchier version of himself. And for two, Lenny Kravitz wants her to sing backup on his tracks. She would rather make it on her own, which shows that she’s not about that “everything is mine because I can afford it” mentality. Alexandra thinks the world is hers because she’ll earn it. And that’s why Star and her work so well together as business partners, friends and rivals. Anyways, Lenny Kravitz doesn’t like that his daughter is making friends with a white trash girl on Instagram and if he wasn’t such a douchebag about it, you would agree with him. I mean, we gotta protect these kids. And he was right, because the next time we see Alexandra, she decides to essentially run away from home and hookup with Star and her younger sister Simone in Atlanta. 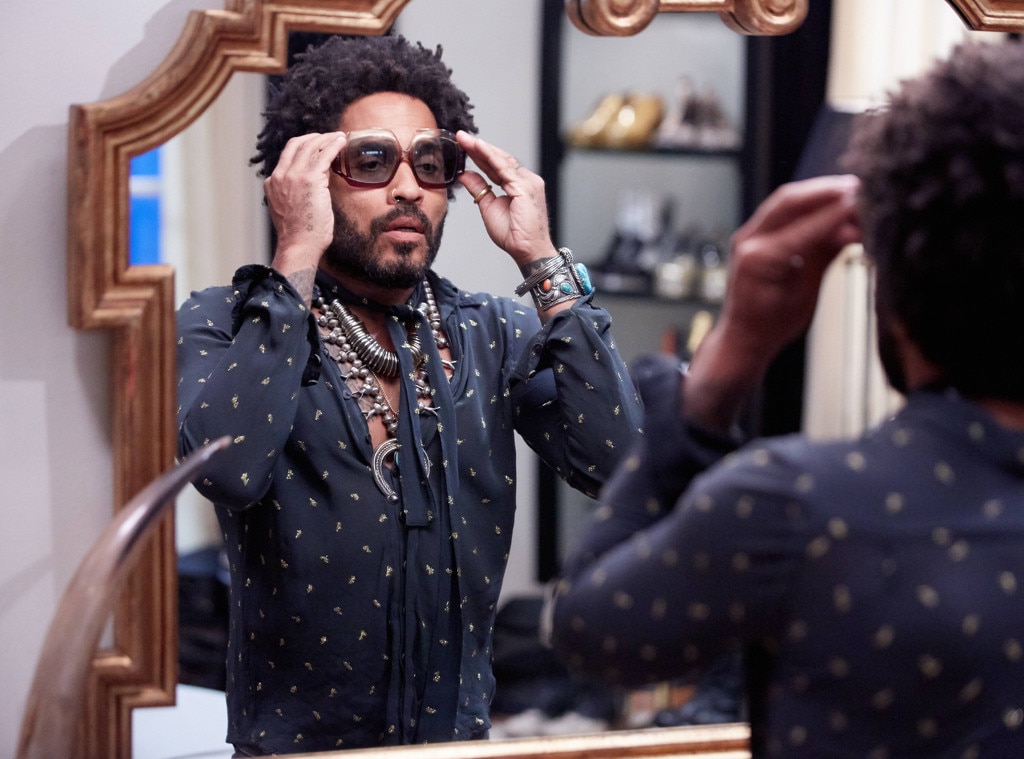 If that sentence moved too fast for you, let’s play a little catchup. Star and Simone have the same mother, different fathers. But they consider themselves full-blooded sisters because they really only connect to their mother, who unfortunately died a drug addict. After finagling her way out of the foster system, Star hunts down Simone, who is being raped by her foster father. Like I said, Star features some real dark shit. Star isn’t going to let him do this to her sister, so she grabs a kitchen knife and stabs the man to death. Simone freaks out, but before she can process any of this, Star whisks the two of them away to Atlanta to start the next Destiny’s Child.

As you can imagine, Simone is severely damaged. Her mother was a drug addict who died before she ever really knew her, her foster father raped her until he was murdered on top of her by her estranged older sister who before she asked, “Hey that was crazy, ARE YOU OK???” whisked her away to live on their own and star a girl group. Simone seeks safety from the problems in life. And she has a lot of problems. While Star and Alexandra feed off of each other’s drive and competitiveness, Simone tries to stay a kid at heart while seeking guidance in both Jesus Christ and drugs and alcohol. It’s clear that substance abuse will play a larger role in Simone’s story going forward. She just wants to feel safe, and she finds safety in substance abuse.

Star finds Miss Carlotta (Queen Latifah) and the three girls end up staying with her. Miss Carlotta was a good friend of Star & Simone’s mother, the two of them even had a girl group of their own for a time. But now Miss Carlotta sings at the church and owns and operates a hair salon that is so black, it’s almost like it’s trying to be black. In one scene they’re just listing off keywords with no rhyme or reason. Grits, Lupita N’yongo, this white girl messing with my hair, Stupid Caucasian, and they even get into an argument over who’s being racist. In order to earn their keep, the girls agree to help out at the salon, but Alexandra and Star are determined to get their singing career off the ground. After meeting some side characters like super hot Black Lives Matter activist Derek (played by P. Diddy’s actual son) and Miss Carlotta’s daughter Kai (who is transgender), Alexandra hooks the girls up with an open mic at a local bar. The thing is, Atlanta is in Georgia, and just because Atlanta is metropolitan and cool, doesn’t mean Georgia is. This bar is redneck trash, but the open mic host roasts the girls by pointing out that their acronym (Alexandra, Star, Simone) spells ASS. They do a great job at the show, but they can’t get anywhere by performing at open mics in front of no one. So with Kai’s help Star decides that she will go to where the managers are all located, at a strip club, and strip for one of them. Let’s dissect this.

First of all, the strip club concept checks out. Portland, Atlanta and maybe Vegas are the only cities in America that are KNOWN for strip club. So I get it, people who think they’re important, like music managers, would absolutely be at a strip club. But to just assume that Star (not a stripper) can get away with stripping in front of a music manager in the champagne room of ANY strip club is insane. I don’t care how connected Kai is, even if you’re friends with ALL the bouncers, you still have to pass by security cameras and the people who are actually strippers who NEED to use the room so they can make MONEY at their JOB. Also Kai’s idea of helping is to tell a stripper that she needs to call her mom because her “diabetes is acting up.” A Star is born!

Star’s 1/8th baked plan works amazingly. She locks eyes with music manager Jahil Rivera (Benjamin Bratt) and Jedi Minds him into imagining her performing a music video. So Jahil is like, “Wow, if you can sing like that in front of a crowd of real rich people at a real rich party like you just sang in my imagination, I will sign your girl group.” Gotcha. Everything would go swimmingly if it wasn’t for Miss Carlotta. You see, Jahil used to represent Carlotta’s girl group and she’s not willing to trust Jahil on this. So she stops by his house and the two of them have a fairly pleasant conversation until out of nowhere Carlotta pulls a gun from her purse and threatens to kill him if he continues working with Star. Cut to me, laughing for three minutes straight. The scene is so ridiculous, it really cut through in a fun way.

Anyways Jahil sticks to HIS guns (pun intended blah blah) and continues working the unnamed girl group. Despite Simone getting drunk off her ass, the girls perform flawlessly in front of a bunch of rich people. It seems as though not even a bullet from God-fearing Miss Carlotta’s gun could stop Jahil from signing these girls. They got their wish. And everything should end happily. But it doesn’t. Because you remember that foster father who raped Simone? You know, the one that Star killed on top of her little sister? Yeah, turns out Star didn’t kill him. He wakes up in a hospital with his wife and a police officer by his side. It seems as though if Star’s not careful, her dream of being famous might happen in a different way.