The season finale of STAR is here and just like the season it’s about 1/8th amazing and the rest is different levels of trash. The main conceit behind the season is… nothing. There is truly no rhyme or reason to anything that we see on Star and maybe I’m developing Stockholm Syndrome but I’m beginning to think that this isn’t a bad thing. Sure, when Star takes on BLM it feels like a less-than tribute, but when Star does drama… it DOES drama.

So last week we thought that Eva set up Jahil and this week we learned we were right. And whatever well played subtlety was completely thrown out of the window when Eva literally scoffs and goes “what a dumbass” as Jahil leaves the room. Her backstab sends Jahil to jail where Carlotta pays his bail. By the time he reaches the studio, he finds Big Boi already rehearsing with the girl group. You see, Big Boi is convinced Jahil is doing a terrible job and wants nothing to do with him. So when Jahil goes to jail (effectively breaking his contract with Big Trouble) Big Boi takes this as an opportunity to snatch them up. I think this episode does a lot for Jahil and even posits the idea that maybe Jahil is the real protagonist of the show. 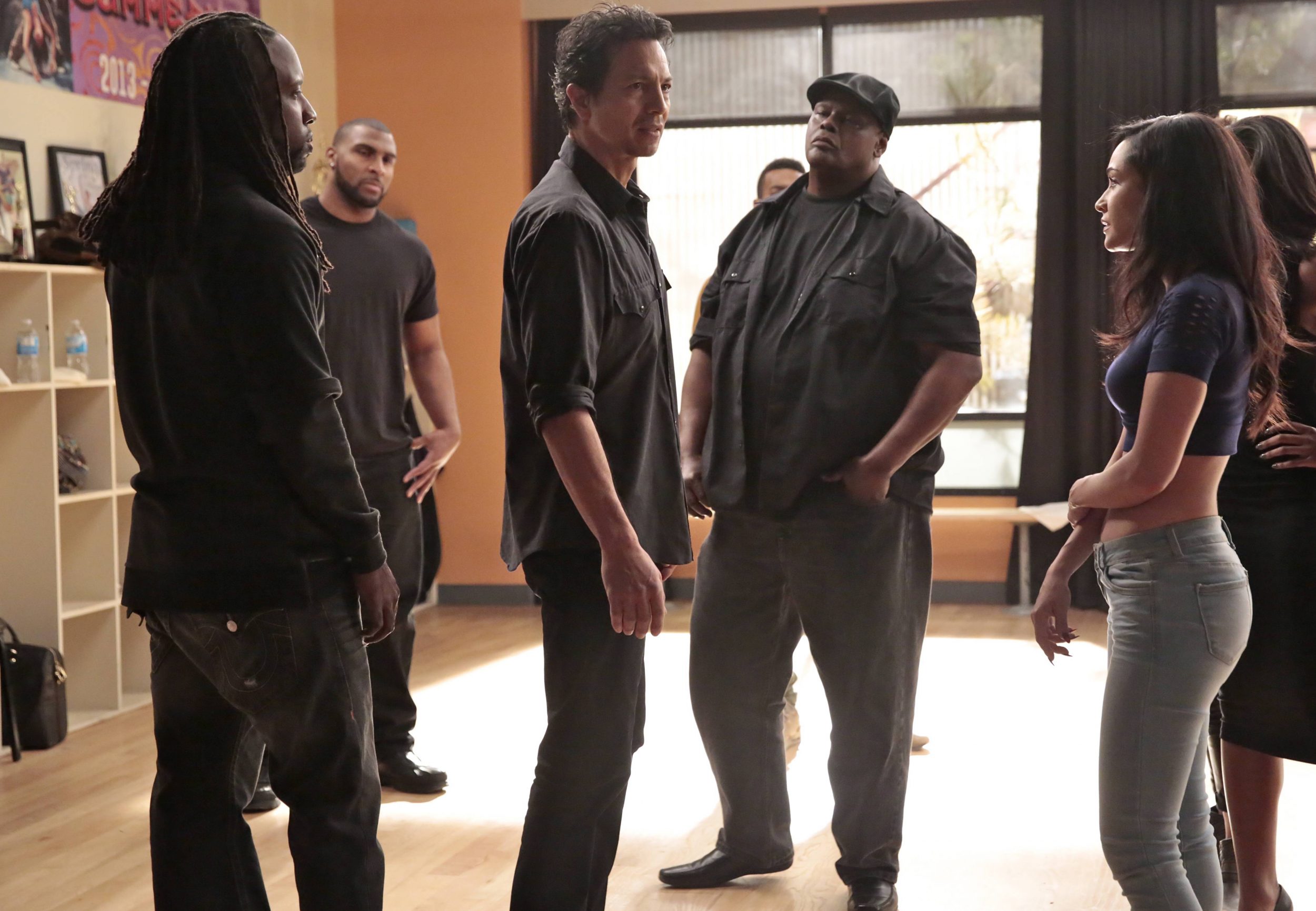 As you know I’ve never been a big fan of the girls. They have trouble in everything but music, and I just don’t find that interesting. But if you look at Star through the eyes of Jahil, it becomes much more fascinating. Jahil has a talented girl group thrust upon him, and from there makes a series of bad deals that forces him to escort a group of sex slaves across the border. When he decides to free them instead, he ends up falling in love with one who eventually frames him for murder. And let’s not forget how he finds out Cotton is his daughter, and loses said girl group to Big Boi. He gets a cryptic (and extremely incriminating) voice mail that essentially says he’s going to die for freeing those girls. Unable to bring himself to condemning Eva, and at this point hanging by a thread, he leaves the apartment.

Simone gets Star to reveal that she was hit by Hunter. Hunter is an emotional wreck this episode and you can’t help but think, “GOOD.” The guy sucks. But what’s distressing is when Star tells Simone she’s going to deal with Hunter and picks up a crowbar. Hunter isn’t worth Star going to jail over, but then again neither was Otis. And speaking of Otis, Carlotta finds out who murdered Otis (as if we cared.) It was his wife, who reveals she knew Simone was getting raped, but when Simone left she feared Otis would turn on their own children. So she killed him. This evidence frees Jahil, but honestly his problems are too numerous to even make much of a difference. And he’s about to have a much bigger problem on his hands because his nephew Hunter hits Star again and this time locks her in the bathroom. Simone comes to Star’s rescue by picking up the crowbar and beating Hunter with it, just before he could do any real damage to her. At which point she finds Star, beaten and caged.

You can’t help but feel like this show has gone completely off the rails. Hunter went from pretty quarterback to pretty boyfriend to pretty shitty boyfriend to pretty abuser to pretty psycho. And I’m not sure what the point of this all is other than to have the following moment: with Hunter lying on the floor Star breaks his throwing arm with the crowbar. And now I get back to my other gripe with the whole concept of Hunter – at what point does TMZ uncover all of this? Minutes or seconds later? In what universe does Star takes place?

Well if murder and beatings aren’t your thing, Alex and Derek decide to keep the baby that’s growing inside her. I thought they were going to do this, what with Derek being paralyzed from the waist down. But what’s more fascinating than the decision are the implications. Eva uses this information against Big Trouble to lure Big Boi into producing her as a solo act. As Big Boi says, “Latinas are hot and he doesn’t do baby mamas.” And just like that, they’re without a manager and a producer. When they show up to Atlanta’s Next Fest Eva is nowhere to be found and Star, Simone and Alex decide they will do this on their own.

What follows is the best scene since the pilot. The three of them reminisce about their journey to get here, mainly in terms of the pilot and where they are now. It’s a sweet scene that shows the potential of this show. Three young girls, who share a common goal, taking down the world. It bothers me that they never face adversity in their career, but it’s great to see them truly come together. I still don’t feel like the show is really about any of them, but I wish it was.

Meanwhile Hunter goes to Jahil’s place looking for him, but Jahil is by Cotton’s side as she goes in for the surgery she’s been saving up for. What Hunter finds is Eva, and what happens is crazy. Just like that, and for no reason, Eva seduces him. The two of them start having sex and that hit man who was supposed to kill Jahil instead guns down the two of them. Meanwhile when Cotton wakes up from her surgery she finds out she never had the surgery (I think?) but is instead handcuffed to her hospital bed, under arrest for the grand theft she pulled on Eliot last week. 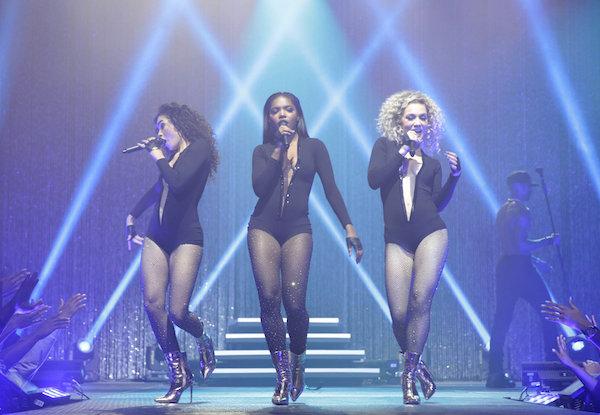 And finally there’s Star, Simone and Alex, who win Next Fest. If anyone thought they would lose they’re kidding themselves. If anyone hoped they would lose, then you can talk to me about it for hours. Rocky was a classic because he lost. A group that does everything but sing shouldn’t win at singing. But then again, Star was never a show about singing.

The final imagine is one of the most powerful ones. Imagine coming home and finding a relative banging your girlfriend in your bed. Now also imagine that they’re both murdered. This is what Jahil came home to, and it’s… crazy. Jahil can do nothing but scream, and after the day he’s had, anything else would feel confusing. Not unlike Star.