Me And Earl And The Dying Girl

Synopsis: Greg is coasting through senior year of high school as anonymously as possible, avoiding social interactions like the plague while secretly making spirited, bizarre films with Earl, his only friend. But both his anonymity and friendship threaten to unravel when his mother forces him to befriend a classmate with leukemia

Diary Of A Teenage Girl

Synopsis: A teen artist living in 1970s San Francisco enters into an affair with her mother’s boyfriend.

Synopsis: A coming of age comedy/drama for the post hip hop generation. Malcolm is a geek, carefully surviving life in The Bottoms, a tough neighborhood in Inglewood, CA filled gangsters and drugs dealers, while juggling his senior year of college applications, interviews and the SAT. His dream is to attend Harvard. A chance invitation to a big underground party leads Malcolm and his friends into a, only in Los Angeles, gritty adventure filed with offbeat characters and bad choices. If Malcolm can persevere, he’ll go from being a geek, to being dope, to ultimately being himself. Synopsis: Dan Landsman is the overly enthusiastic head of his high school reunion committee and also the group’s laughingstock. To impress his so-called friends, he vows to convince their most famous former classmate—Oliver Lawless, the star of a national Banana Boat TV commercial—to attend the reunion to increase attendance. Dan travels to Los Angeles and spins a web of lies, igniting an intoxicating excitement for the first time in his humdrum life. In exchange for Oliver’s precarious friendship, Dan sacrifices his relationships with his wife, son, and boss, and loses himself in his obsession for approval and recognition. 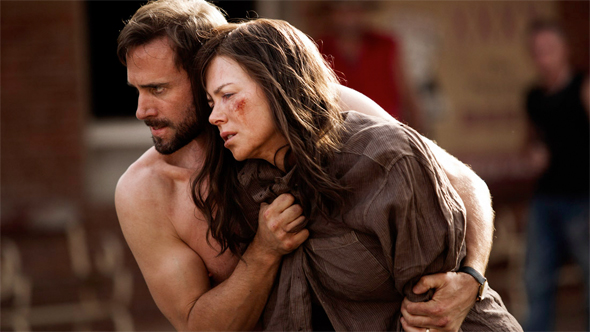 Synopsis: New to the remote Australian desert town of Nathgari, the Parker family is thrown into crisis when Catherine and Matthew discover that their two teenage kids, Tommy and Lily, have mysteriously disappeared just before a massive dust storm hits the town. With Nathgari now eerily smothered in red dust and darkness, the locals join the search led by local cop David Rae. With temperatures rising, and the chances of survival plummeting with each passing day, Catherine and Matthew find themselves pushed to the brink as they struggle to survive the uncertainty of their children’s fate.