Supergirl starts off the four-part Arrowverse crossover event with “Crisis on Earth – X.” The episode sets up what promises to be a very interesting – and challenging – foe, though we still don’t know why they’ve come to attack, or where they’re coming from.

I have to commend the writers for putting in the effort to make this crossover event a little more evenly spread – last year, the crossover event barely had anything to do with the Supergirl episode, and, the storyline didn’t thread terribly well because each episode was a bit more isolated, containing mostly only the characters from that specific show – the Arrow episode was the worst culprit for this. This year, Supergirl is a fully-immersed part of the story, and also manages to tie in actual plot lines that matter to each show. 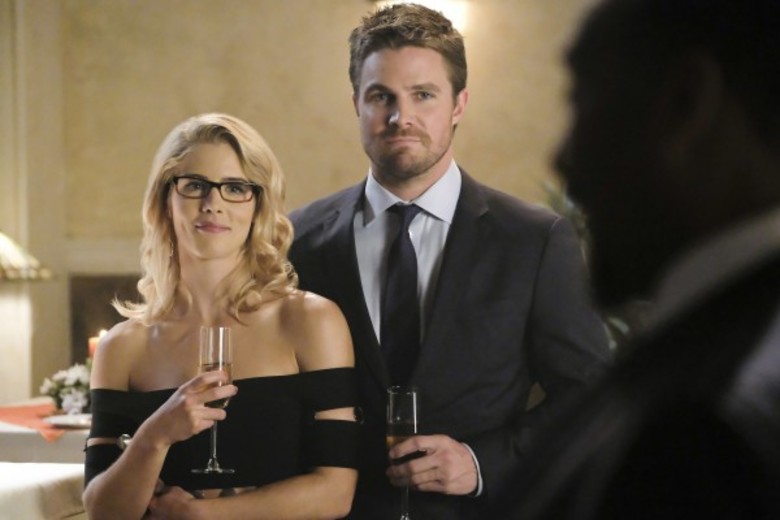 For Supergirl, Kara and Alex are coping with getting over their exes, and what better way to do that, then by going to a wedding, right? Of course, it’s also really nice that everyone keeps bringing Mon-El up and asking where he is, especially since the invitation Kara got for Barry and Iris’s wedding was addressed to her and Mon-El. So that’s fun for Kara. But she and Alex go anyways. 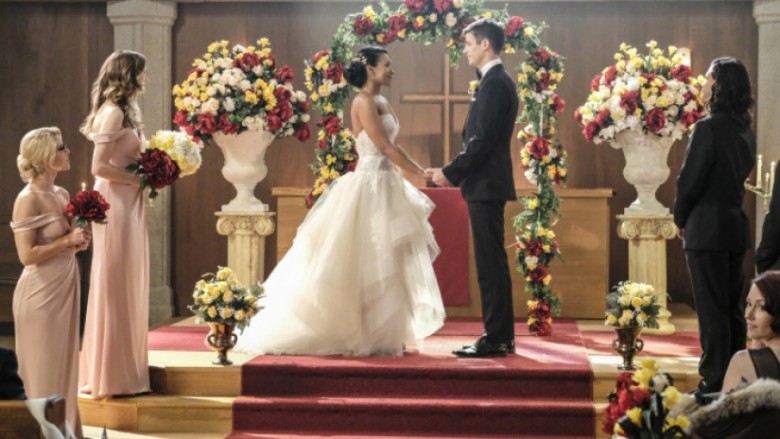 So, needless to say, there is plenty to keep us occupied over the course of the four-episode part plot, that will hopefully tie into each show well while allowing our characters to come out on top – of both the villains and their personal dramas.

One beef, though, I have to mention. It was pretty obvious that these masked villains were somehow the evil doppelgangers to our heroes. I mean, even in the opening scene with the evil arrow killing all of the rebels and then also killing James Olsen, it seemed pretty obvious that we were watching the Arrow, or someone very much like him. The reveal of James only confirmed that, and then it becomes really obvious when we meet the flying, evil Supergirl. Honestly, it was not a surprise at all, and it seemed pretty silly that it took our characters so long to guess that these people are somehow them, or some sort of strange copy of them. And then, to top it off, the show dramatically reveals the faces of our villains and it’s just like, “We get it already, okay? We know.” 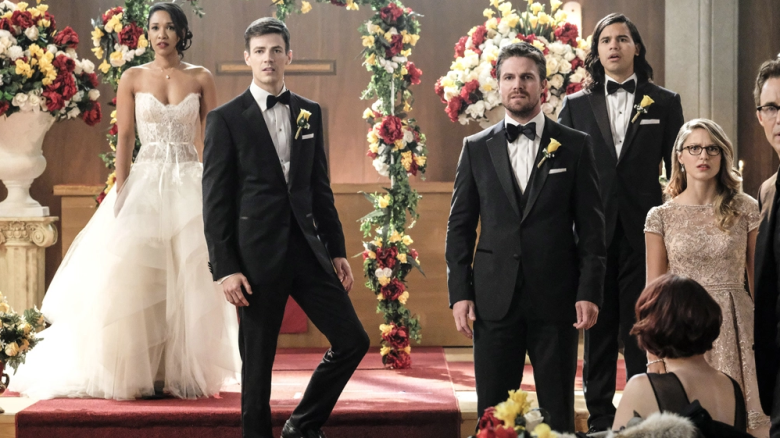 So, as difficult as I imagine it must be to coordinate with three other shows to come up with a storyline that can cross episodes and also reveal enough about each of our characters and the villains they’re facing  to remain intriguing without giving away too much too quickly, the show kind of fails in creating a dramatic reveal to reel us into the next episode.

Overall, a promising – if not surprising – start to the crossover event that continues on The Arrow, The Flash, and Legends of Tomorrow this week!

Oh, also, #justiceforthepastor – honestly, dude gets vaporized and no one seems to care.

Click here to read our review of “Crisis of Earth-X, Part 2”.