So many things to talk about in this week’s episode of Supergirl, “Damage.” The show apparently decided the blatantly ‘subtle’ political commentary wasn’t blatant enough, and this episode turns the political parallels up to the max. Along with that, we get enough hints about Lena Luther’s new LexCorp CFO, Samantha’s past (she was adopted, too) to make some educated guesses about what’s actually happening to her. And, to top it off (not in an, ‘I’m excited to top this week’s episode off with this’ sort of way, but in a ‘I understand why it had to happen’ sort of way) Alex and Maggie face their greatest roadblock yet, and the outcome isn’t necessarily what fans were likely hoping for. 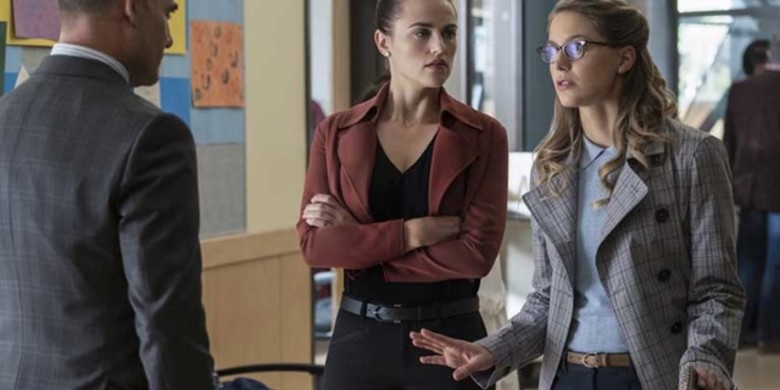 Let’s start with one of this season’s foe’s character attack on Lena Luther. I’ve been marveling at just how well this show writes political commentary without beating you over the head with it, and this was an absolute masterpiece – though, unfortunately, the people who likely need to understand it for what it is the most are the ones who won’t get it at all. Honestly, though, Lena’s journey in this episode – being dragged through the mud by a jealous man who hates, and feels threatened by, a powerful woman who’s outsmarted his business tactics  – and her insecurities about battling the perception attached to her last name are so clearly a commentary on the public perception of Hillary Clinton. I literally felt moments of traumatic anxiety reliving memories of last year’s election. Speaking of which, this episode is perfectly timed to line up with the one-year anniversary of that horrible, horrible election day. So thanks for haunting me, Supergirl.

Next, I think it’s safe to say Samantha is definitely an alien. I mean, we all knew there was something going on with her, but I couldn’t figure out if she was a metahuman or cursed with some alien artefact or what. And then she mentions being adopted, just like Kara, and suddenly the floodgates of ‘duhs’ come rushing through. It’s so clear that Samantha is an alien, too, though not necessarily Kryptonian (I mean, that seems pretty obvious, since Kryptonians doesn’t have weird writing all over their skin). Especially after Samantha realizes that she should have been shot, but was somehow bullet proof, it’s like, come on, you’re clearly an alien. 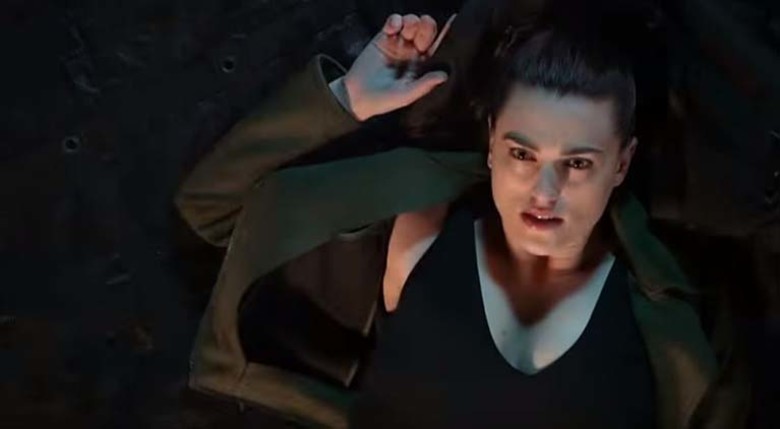 But probably what viewers most want to digest, assess, and talk about this week is the break up of Maggie and Alex. The CW’s best power couple is no more, seeing as Maggie and Alex cannot reconcile the fact that Maggie does not want to have kids and Alex does. It is, of course, extremely sad, but the show does an impeccable job of demonstrating a break up where both parties don’t want to break up, but recognize that they have to. They end things on good terms, which is nice amidst the sadness of it all.

I’m sure lots of viewers are upset and surprised by this development – Maggie and Alex were, after all, one of the best couples currently on television, and the show didn’t even bother to give them a mid-season finale break up. Instead, their break-up happens in a random episode near the beginning of the season. Here’s the deal, though, and fair warning, this is going to be unpopular opinion time: Maggie and Alex’s break-up needed to happen. 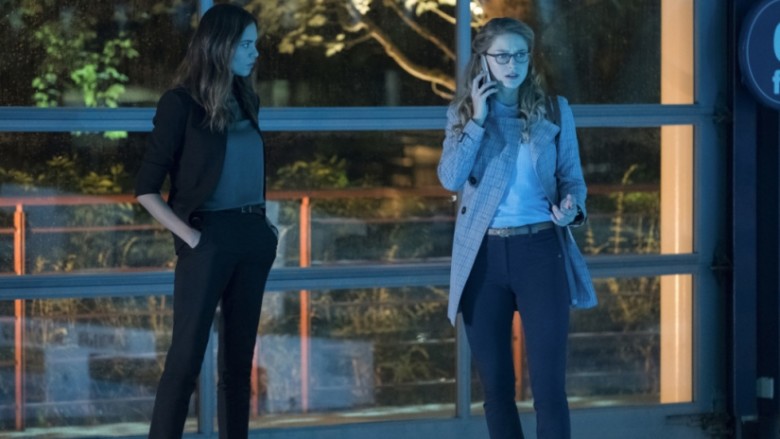 Why? Because Alex and Maggie were becoming stagnant. Maggie is the only woman Alex has ever been with, and together, the two of them have crossed all of the bridges they could cross together without something bigger and more challenging being thrown their way – say, like a break up because the two don’t share the same life goals.

In order to keep Alex’s arc dynamic, interesting, and constantly growing, she needs to spend some time without Maggie at her side. I’m not saying that the show shouldn’t – or couldn’t – bring Maggie back into the picture at a later date, after Alex has done some self-journey transformation, but for now, it was really the only path the show could possibly take, for the longevity of the story’s sake.

So, with these new developments, where is the show heading next, and how will it manage to write in political commentary in the next episode? We’ll just have to wait and watch to see.