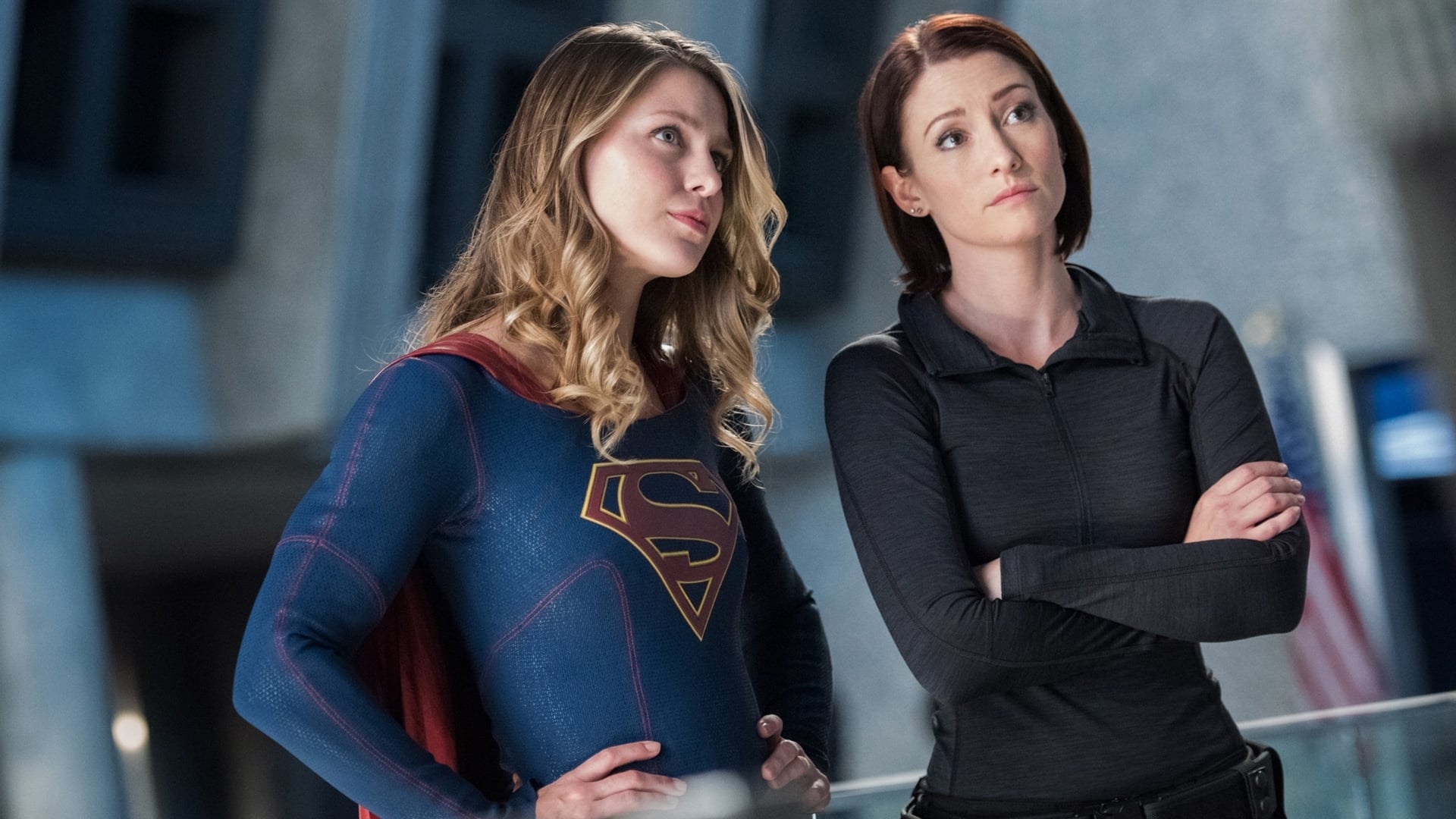 #JusticeForKenny in this week’s episode of Supergirl, “Midvale.” The basically bottle episode takes place almost entirely in a flashback to the early years of Kara’s time on Earth, when Kara and Alex were both in high school, shortly after Alex’s dad disappeared. While the episode offers a window into Alex’s and Kara’s pasts, the timeline for the episode feels a bit off with what we’ve been told of Kara’s and Alex’s relationship growing up. Even if it isn’t off, the background information we’ve been given up to the point of this episode is vague enough that the question lingers in the back of my mind as to how cohesive and in-line this episode is with what we’ve been told in the past about *ahem* Kara’s past.

Not to mention, the flashback required that most of the episode be carried on the backs of two young actors playing teen Kara and teen Alex. Now, for young actors, I think they did a fine job. However, all Berlanti shows are prone to cheesy and awkward dialogue here and there. When you stick two relatively fresh actresses on a show and expect them to carry the episode, those tiny bits of dialogue are going to start sticking out like sore thumbs, and that’s exactly what happened. 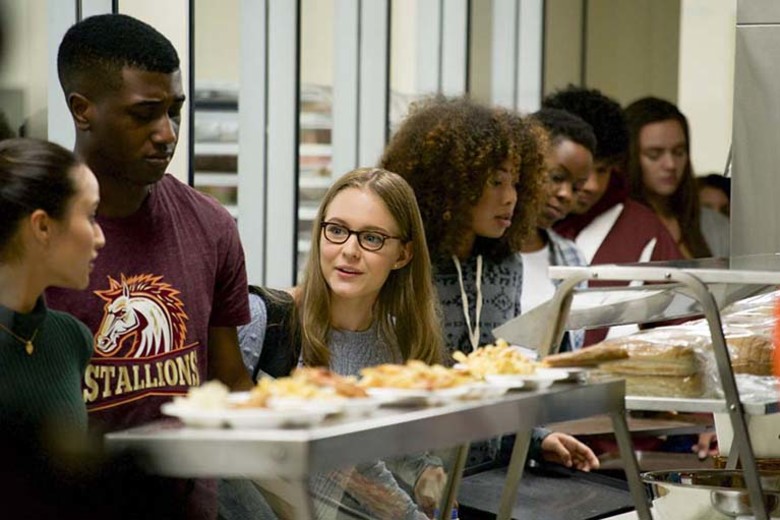 The episode also kept frankenstein-ing scenes together to give us an excuse to have Kara be in the same place as the cops investigating her friend’s death, so that we could hear certain nuggets of information about the investigation as the episode went on. These moments, like the scene where Kara simply walks into Kenny’s parents’ house while the cops are questioning them, and interrupts the interrogation to tell Kenny’s mom she’s sorry for his death and wants to help her find his telescope, are probably the most awkward moments of the entire episode. They also manage to pull us out of the story slightly, as they aren’t super logical or reasonably believable scenarios. Instead, it remains very obvious that these scenes are engineered to save the episode some time, since the show has to cover why we’re watching a flashback, introduce an entire sleuth of characters and world, AND solve the mystery of Kenny’s death before the show is over.

It was, however, nice to see Supergirl tackle a storyline that didn’t involve aliens (well, besides Supergirl herself). The show flexed its muscles with this one, demonstrating that every episode doesn’t have to involve metahumans or alien invasions to offer sinister stakes. 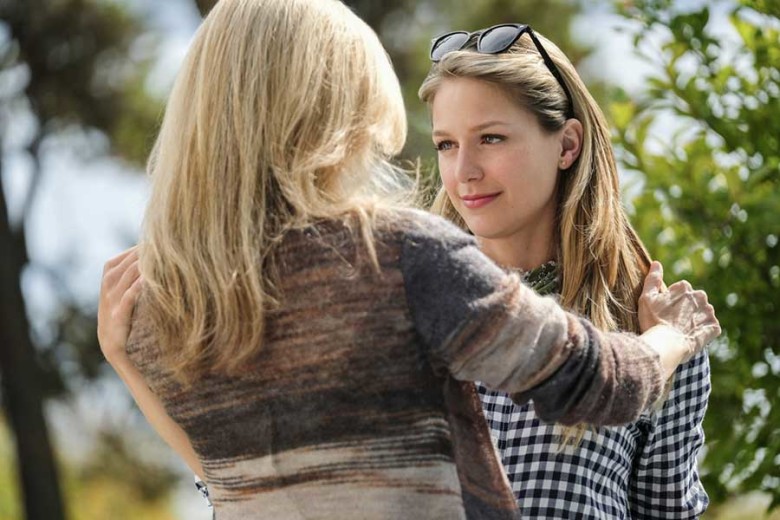 That being said, though, the issues that this episode covers – a murder mystery, a student-teacher forbidden relationship, and a cop trying to cover his drug-smuggling tracks – are quite intense. Supergirl has never been a show to shy away from addressing or depicting an issue, but man, Kara and Alex went to a school with a lot of problems.

And poor Kenny is at the center of it all. And no, the South Park reference (somebody killed Kenny!) is not lost on me. In fact, I’m almost certain that’s why the writers chose to name the character that. Kenny is Kara’s high school friend who is mysteriously killed one night after he and Kara go out star gazing. He mentions to Kara that he has a lot of dirt on everyone, an easy task to collect proof on after he builds a program that allows him to take pictures through his telescope. 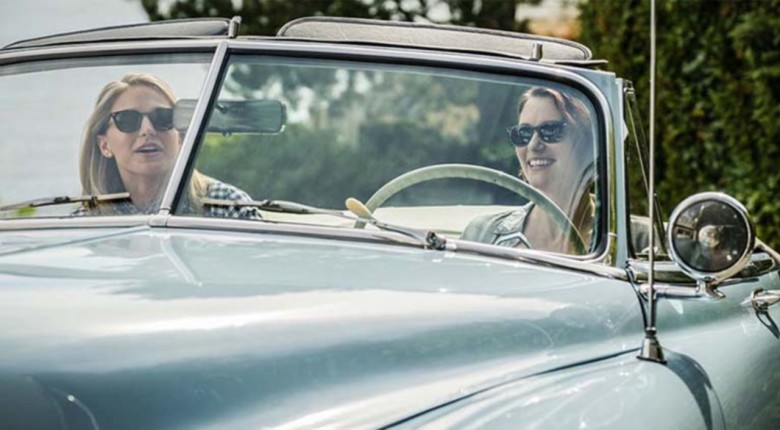 Kara and Alex find Kenny’s laptop in the forest, thinking whoever killed him must have been trying to hide the dirt Kenny had on them. They find a zip drive on Kenny’s laptop and send it off to Clark’s tech friend to uncover the files on it (there’s your spinoff: Clark and his tech friend, solving mysteries). Sure enough, the zip drive is full of photos catching people doing things they wouldn’t want anyone to find out about. At first, Kara and Alex don’t see any of the photos of the sheriff, and instead are convinced that the real culprit is their history teacher, who happens to be seeing Alex’s 17-year-old best friend and popular mean girl.

However, Kara sees the photo not a minute too late as Alex accidentally reveals to the Sheriff that she and Kara have found the laptop and this file. Alex is cornered by the Sheriff and almost killed, but Kara gets there just in time, busting through a wall to save her.

And that’s the story of how Kenny saved Kara and Alex’s friendship and sisterhood.

All in all, not a terrible episode, but definitely not the strongest one this season has had to offer so far.