After Arrow-verse’s epic four part midseason crossover event, all I was looking for from SUPERGIRL’s first installment of 2017 was a return to normalcy. A nice, pleasant episode based in National City that, for instance, continued to reveal more about the nefarious plans of Cadmus and Cyborg Superman’s infiltration of the Fortress of Solitude. Instead, “Supergirl Lives” spends most of its time on a planet (well, moon) far far away. It all begins when a frantic mother tells Kara that her daughter is missing. Snapper, because he doesn’t know Kara is Supergirl and because he’s Snapper, is upset when Kara promises this mom that she’ll help.

Kara and Mon-El go disguised as a couple to a doctor who guarantees big bucks in exchange for participating in some clinical trial. Mon-El is funny here as he continues to learn the nuances of Planet Earth: “We’re trying to save up for a trip to Paris City.” Kara: “It’s just Paris.” Still, I was disappointed that in an episode where the duo spend a lot of time together, there’s not much progress with respect to how they feel about each other. Are they just friends or more? And what about Mon-El’s confession?

In any case, as Kara and Mon-El follow the doctor, a normal waiting room soon gives way to a weird room complete with a huge portal that teleports people (and aliens) to other planets. Kara’s certain that their missing girl is on the other side and leaps in. Mon-El, reluctantly, follows suit.

Kara fights a few creepy-looking aliens on the other side of the portal, but soon realizes that her knuckles are bleeding. Yep, this planet just so happens to have a red sun, not a yellow one, and both Kara and Mon-El are stripped out their earthly superpowers. Meanwhile, back in National City, Alex and Maggie are totally in the honeymoon stages of their relationship; they sleep in and call in sick to work. But when Alex realizes that Kara is in danger, she’s upset with herself for letting her guard down and actually putting herself first for once. I feel like Alex was a bit too harsh with Maggie, but ultimately their argument ends up with another person finding out that Kara is in fact Supergirl.

A better subplot involves Winn, who up until this point has been blithely delivering nerdy one liners and high fives when out fighting crime, finally having a brush with death. He and Guardian do their crime fighting thing, but when the latter is briefly occupied, Winn gets beat up and has a gun pointed to his head. In the wake of this trauma, Winn questions whether he can ever go out in the field again. Is he really cut out to be a superhero like Kara? While this is good emotional territory to explore with Winn, the resolution is a bit too easy and quick. 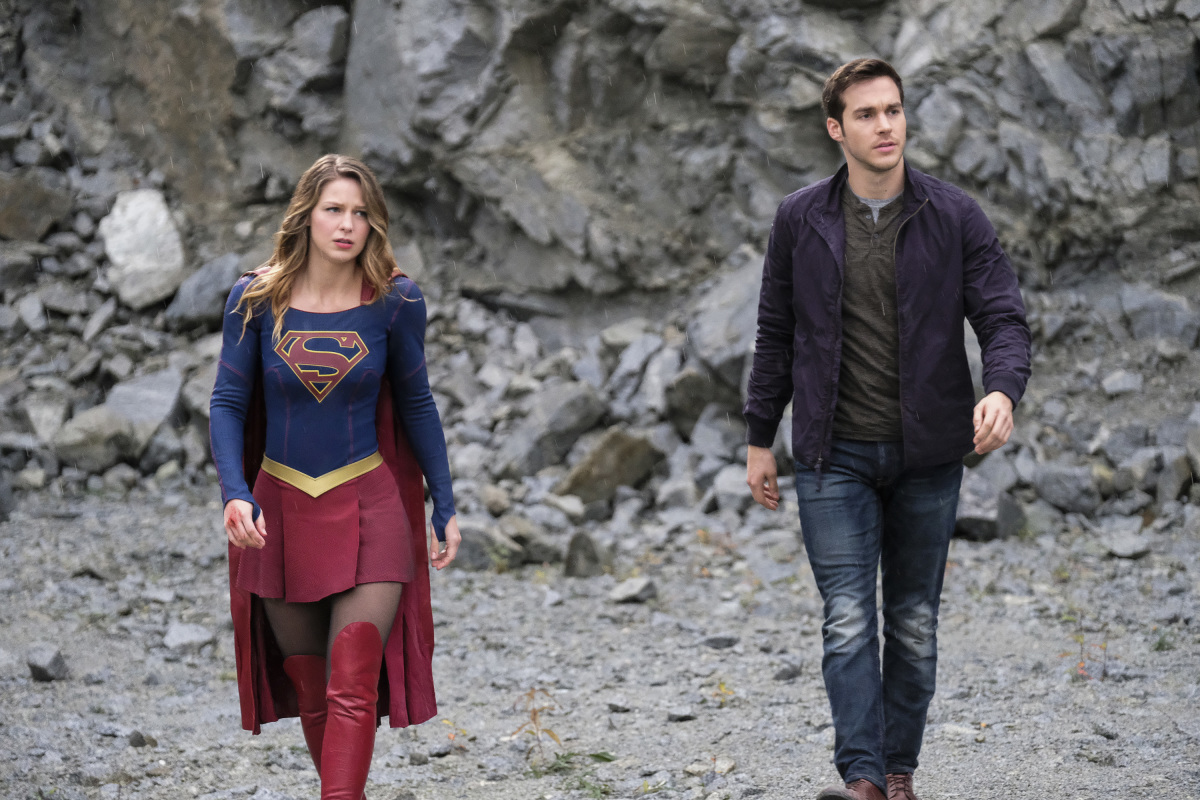 Back on a foreign planet, Kara and Mon-El are eventually taken into a slaver’s fortress (oh, the planet they’re on is notorious for slavery) where none other than Roulette makes an appearance. In this episode, though, Roulette mostly reduced to standing around and looking evil, rather than actually doing anything. In fact, maybe this episode suffers from not having one real villain.

Martian Manhunter and Alex eventually rally a team to go rescue Kara and Mon-El, but in the meantime, Kara stands up and takes a beating herself, which rallies the rest of the prisoners (including that missing girl), to fight back, too. It’s not too long before Roulette and that evil doctor are made prisoners.

Earlier in the season, I think an episode like this would have landed better for me. But after a big crossover event and a holiday hiatus, I wasn’t expecting another story on foreign planet to be the drama of the week.  I’m developing a bit of fatigue when it comes to foreign planets in fact, and there’s a risk that as Supergirl gets bigger and bolder, that it loses some focus.

As a a callback to what happened in the crossover, a Dominator makes a brief appearance on planet no yellow sun, and spares Mon-El’s life. It’s suggested that the two have some connection and I’m curious to see what happens there.