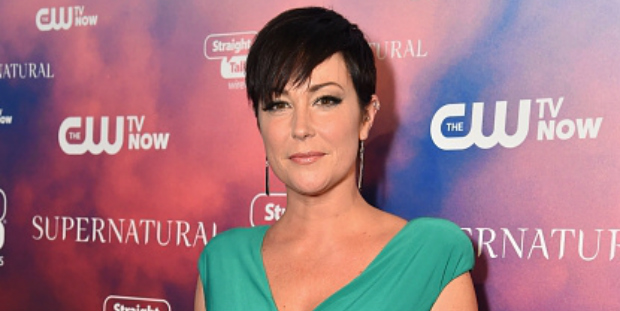 Long-running CW series Supernatural has a new spinoff in the works via a backdoor pilot in the season 13. The potential series, WAYWARD SISTERS, would star Kim Rhodes from the original series as Sheriff Jody Mills.

The drama would follow Mills and a group of troubled young women, all of them orphaned by supernatural tragedy. Under Mills’ training and protection, the women will emerge as a supreme monster-fighting force, with the sisterhood of the foster family at its thematic core.

The project hails from Andrew Dabb and Robert Singer who wrote the pilot and executive produce with Phil Sgriccia and Robert Berens. Warner Bros. TV is the studio.

Supernatural’s vocal fanbase has been clamoring for a spinoff with some series actresses getting involved and supporting the cause on social media and wearing shirts created by a fan campaign. The long reign of Supernatural on the network is thanks to the fans and the creative team’s ability to pull ideas from their audience.

This is not the first time the series has attempted a backdoor pilot. In the ninth season they aired “Bloodlines”, but the episode failed to connect with fans as it centered around a new cast. Wayward Sisters would fix this problem utilizing fan favorite cast members to drive the series.

It will still face an uphill battle, however, as The CW’s track record with backdoor pilots hasn’t been strong. The network currently has one series that came out of a backdoor pilot, The Originals, but in the past their odds have been lower. Former flagship series Gilmore Girls and Gossip Girl both attempted backdoor pilots that were never picked up to series.

The DC-Berlanti universe has had success spinoffs obviously, adding The Flash, Legends of Tomorrow, and Supergirl to the lineup that began with Arrow. None of these were backdoor pilots, however. Supergirl was created for another network, introducing new characters to the universe, and Legends of Tomorrow (similar to Wayward Sisters) pulled fan favorite characters to create a new series. The Flash was introduced on Arrow as Barry Allen, but the episode was merely Grant Gustin’s arrival in the role and not a pilot for the spinoff series.

Rhodes has appeared in a dozen episodes of Supernatural to date. She has also been seen in USA drama Colony and Criminal Minds.

She is repped by Kerner Management Associates.