Superstore makes its brief return before the holidays with “Christmas Eve.” And let me tell you, the episode certainly reminds us exactly how much we’ve been missing while the show is off the air. With some solid through lines and some good character-based punchlines, the show manages to give us lots of laughs while rounding out the episode with some heart, just in time for the start of the holiday season.

The episode offers three story arcs, all beautifully woven into each other while maintaining some stand alone aspects that keep the show from feeling like a bottle episode. It might not be the season’s leading episode, but it’s certainly a solid take on the show and an entertaining episode to celebrate the Christmas season with. 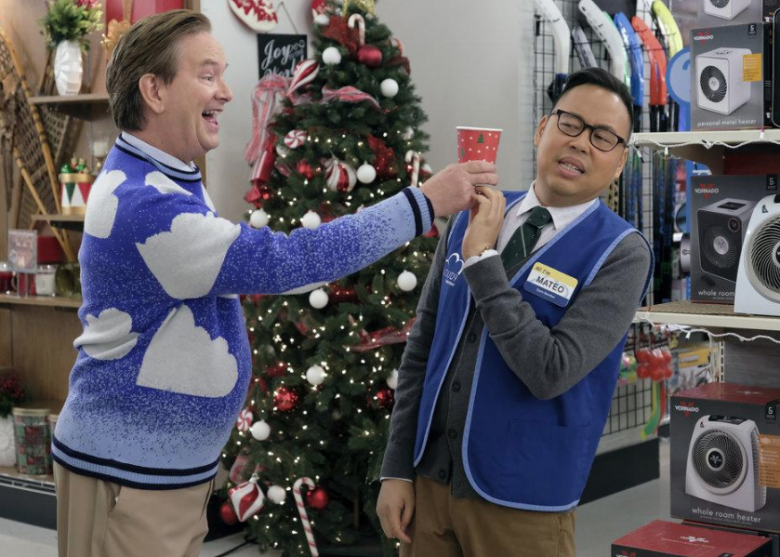 Though – and this is by no means a critique of Superstore specifically – I would like to take a moment to lament the fact that nobody really does ‘holiday’ episodes anymore. You know what I mean? Whatever happened to the stories that writers would work doubly-hard to make super memorable? Where are the WKRP in Cincinnati’s? The Cheers’s? The FRIENDS’s? Where are the episodes with holiday-oriented dilemmas and jokes? Is this a thing of the past? Will we never get to enjoy another turkey on someone’s head, or another turkey falling from the sky, or another prank war? These days, it seems typical that the holiday episodes of sitcoms are just regular episodes with a holiday backdrop, and even when those episodes are strong episodes for regular standards of the show, it’s still slightly disappointing that there isn’t something extra to add that memorable holiday spark. 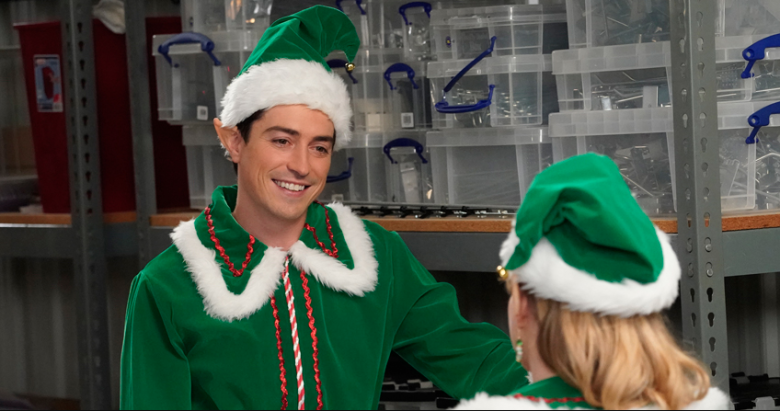 This week’s Christmas – eve – episode episode centers on Amy trying to prove that she’s a new woman ready to head into the new year and have wild and “crazy” adventures, but finding out her now ex-husband is seeing someone new. Meanwhile, Glenn tries to get Mateo into the Christmas spirit and prove that Christmas is a wonderful holiday to enjoy. And, while all of this is going on, Garrett and Jonah are in a fight over their clashing personalities as roommates.

The show manages to put each of our characters into some pretty funny visual scenes thanks to these arcs. The most notable of these being Amy getting drunk with Dina and Cheyenne and driving the store’s motorized carts three miles down the road to Amy’s ex-husband’s new girlfriend’s house. Then, to top it off, there’s a great call back to this joke at the very end of the episode, when Sandra gets a call that her boyfriend has come out of a coma, and with no one to drive her to the hospital, she takes a motorized cart and gleefully and determinedly heads out on her way. Ridiculously funny. 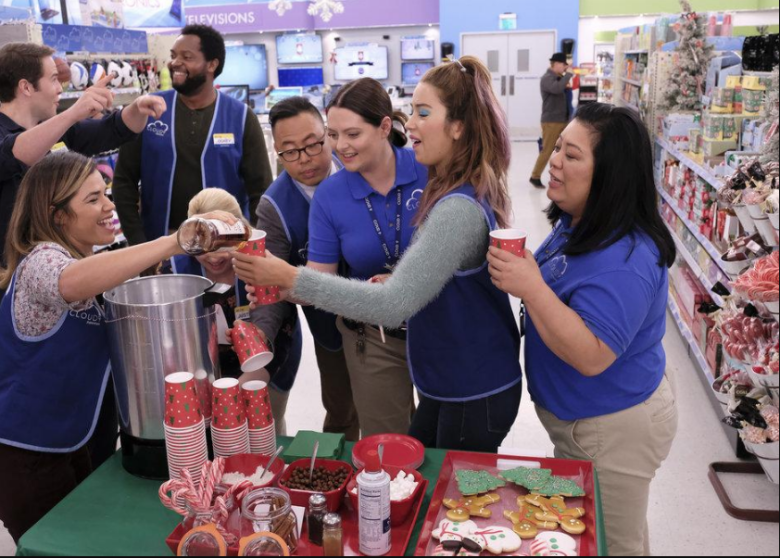 Less funny, but kind of sweet in a I-don’t-want-to-root-for-them-but-they-kind-of-work-together way, Jonah bonds with the new girl/part-time hire, Kelly, and the two go off on a possible date. I get that the show is trying to head slowly towards an Amy-and-Jonah pairing, in a sort of Jim-and-Pam way, and I’m still rooting for that – or at least, I think I’m still rooting for that – but I can’t help but feel that, the longer those two spend a part, the less dire my desire to see them put together. I honestly think at this point I would be totally fine with a version of this show that never had Jonah and Amy become a thing.

No matter what, the show is going to have to lay some major groundwork with sparks and chemistry and what not to convince me otherwise. Because right now, Kelly seems like a nice enough girl for Jonah, and frankly, there’s nothing I don’t like about her character to make me not want them to be together.

I guess we’ll just have to wait for the second half of the season to find out for sure if Amy and Jonah will ever really, truly become a thing.