Cloud Nine is back in business in the season three premiere of Superstore, “Grand Re-Opening.” After an epic season closer, the show hits the ground running with a hilarious opening episode. My only hope is that, with things speeding up between Jonah and Amy, the show is able to keep the comedic pace and romantic tension that’s made it one of the best comedies on air right now.

Getting a little personal here for a sec, I was ecstatic when I found out I was going to get to review this season of Superstore. This show is, without a doubt, one of the funniest currently on air, particularly among network shows. And the coupling between Jonah and Amy is probably as close to Jim and Pam as we can ever hope to get in currently airing TV. In fact, if you’re looking for a show to fill the giant comedic hole that’s been hanging out in your heart since Steve Carell left The Office, Superstore just might fill it. (Sidenote: I didn’t realize “Carell” was spelled with only one “r” and it looks incredibly weird to me on screen right now.) 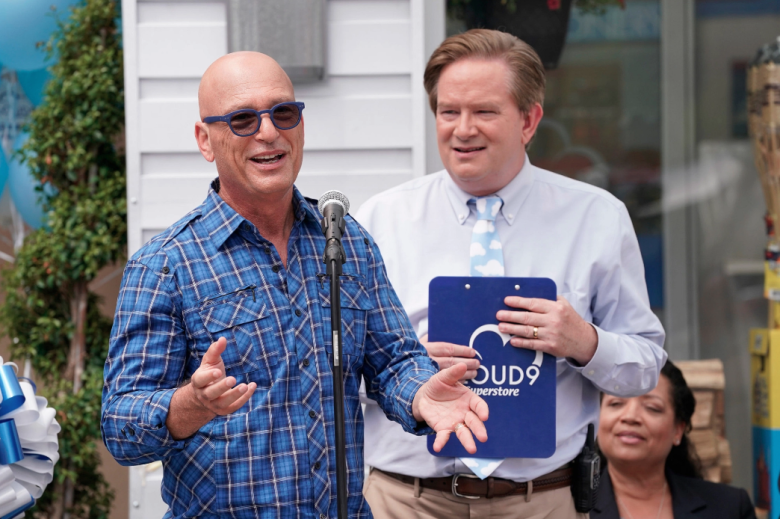 And speaking of comedic holes (or not – I’m just not sure how to transition this sentence otherwise) the season three premiere episode of Superstore does not disappoint. I’m going to level with you, I’m from the Midwest – specifically, Kansas City, which is like the San Diego to St. Louis’s LA, so these characters and jokes resonate with me, particularly Glenn, because HE IS REAL, Y’ALL. GLENNS EXIST IN THIS WORLD.

But mostly, this show is still supersized hilarious, even if you’ve never met a Glenn in real life. I think largely the reason for this is two-fold. Firstly, the show utilizes an incredible ensemble cast full of delightfully ridiculous characters that both fill comedy tropes and make them their own, and secondly, the show has an incredible sense of bit-timing, knowing exactly how long to hold on certain things, exactly how many times a joke can be recalled, and how to stack jokes, so that a funny character is saying something funny while in a funny situation that is an entirely different, physical joke that works harmoniously with the verbal one. 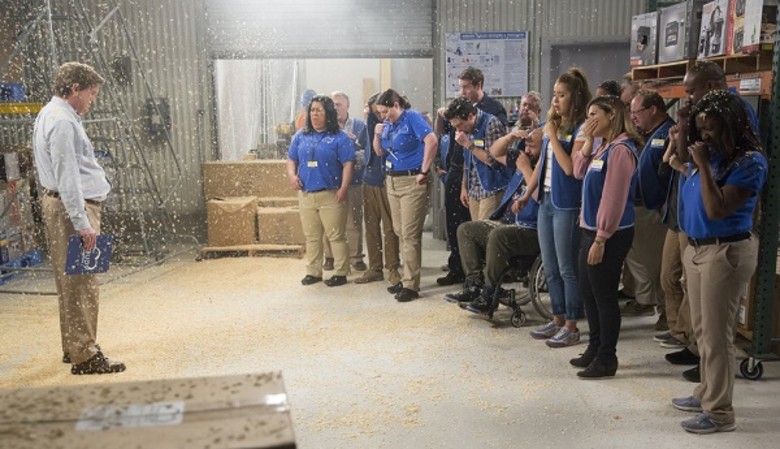 It also really helps that the show never tries to explain its humor to its audience. That’s part of the delight – as viewers, our attention is demanded if we’re going to catch every bit of the joke happening.

These are just a few of the several reasons why I’m really crushing on this show right now (it’s not weird, don’t make it weird). And the season three premiere really just blew me away (season two belated pun, I know) from the get-go with its opening bit. I was literally LOL ROFL (JK not literal ROFL, but symbolic ROFL) as I watched Glenn get pushed aside by that truck. What great escalation.

Not to mention the transitions! What a truly hidden gem those scene and commercial transitions are if you aren’t fully paying attention. The highlights tonight: dancing Roombas and the woman ramming her cart into a fake isle backdrop. So funny, so genius. 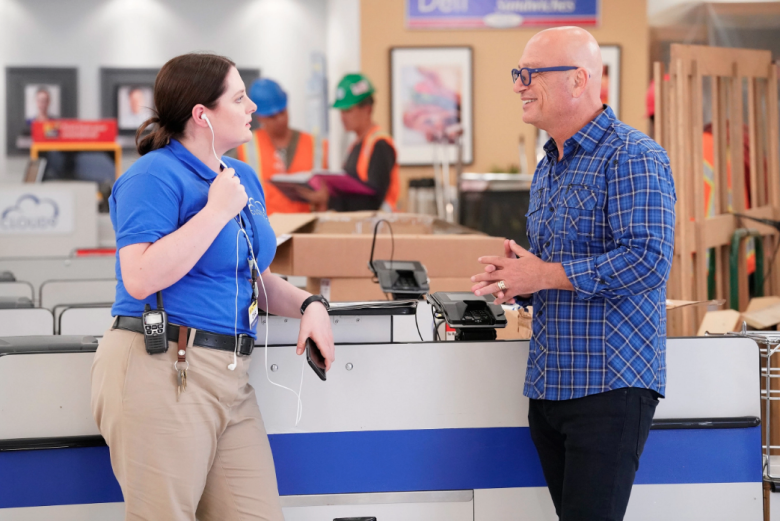 I need to stop now before I get drool all over my keyboard, so here’s the summary of the plot that you need to know, in case for some reason you like to read your TV instead of watch it (weirdo):

Howie Mandel makes an appearance, but he only has a few lines, probably for budget reasons.

The store is opening on the same day all of the employees are back from a two-month, unpaid, unemployed “leave,” because Glenn made a mistake in interpreting Jeff’s e-mail. Classic Glenn. Instead of letting Jeff know of the communication error, the store rushes to get everything done and ready for the opening before Jeff realizes what’s happened. 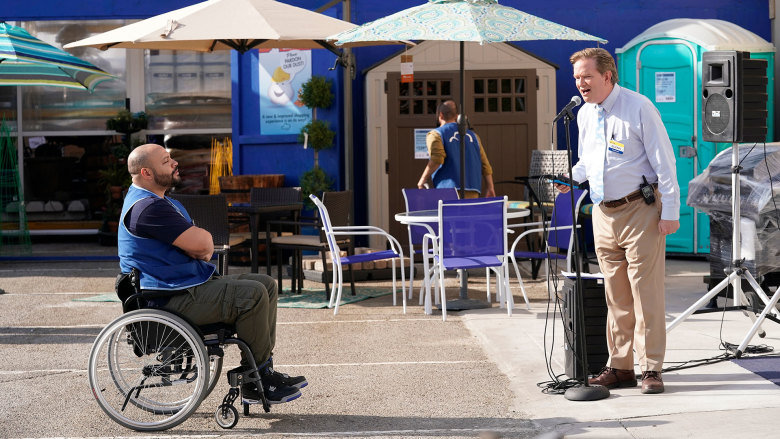 Jonah is living in a FEMA trailer because his apartment building was leveled in the tornado, but Garrett caves at the end of the episode and agrees to let Jonah be his roommate. Let the Odd Couple references commence.

Things are super awkward between Jonah and Amy until they both finally cave and have a moment of honesty with each other while wearing Minion suits. Amy tells Jonah that she’s getting a divorce. KUMBAYA!

So what’s in store (see what I did there) for the rest of the season? Not sure, but I’m definitely excited to find out!