Is Brett dead? And why did no one notice in the first episode of the season? And also, who’s Brett? All these answers and more to questions you were never going to ask, in this week’s episode of Superstore, “Brett’s Dead”.

The show continues to entertain with its great sense of humor that makes it so enjoyable to watch, though this episode put far less emphasis on its punchlines and much more on the emotional moments between its characters. This meant that we didn’t get as many laugh-out-loud funny moments – especially in comparison to the first episode of the season – but the show did add depth to some of its characters and their relationships. 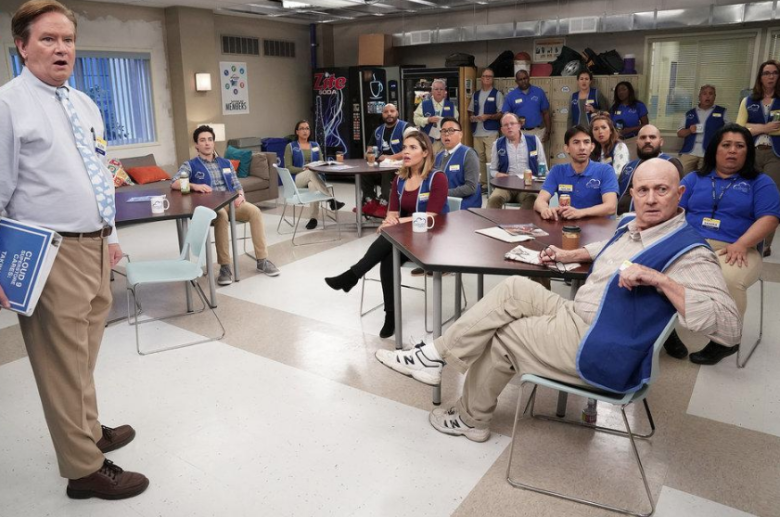 So I guess, what I’m really saying is that Dina is an impenetrable island. Except for this episode. When she breaks down and tells Amy alllllllll of her traumas that she’s experienced throughout her entire life. But mostly, Dina’s still basically Alcatraz personified. 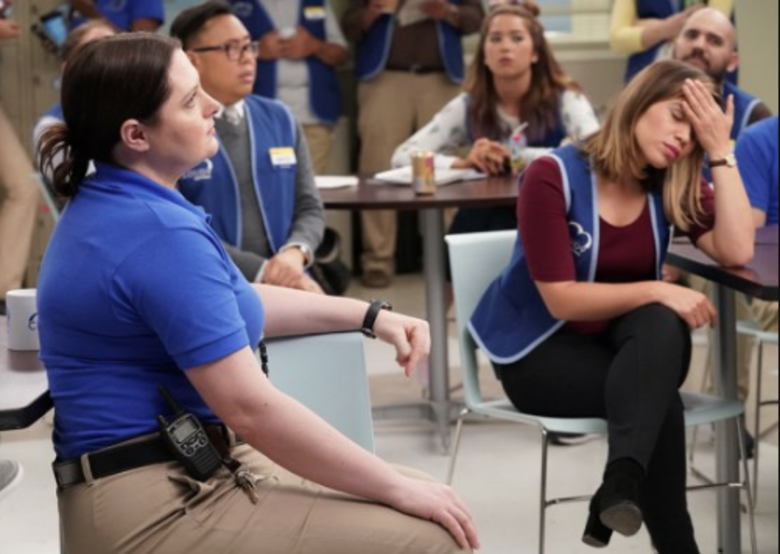 Also attempting to add depth to his relationship with Garrett, and utterly failing, is Jonah. In typical Jonah fashion, he’s trying to prove that he and Garrett are the best of – great friends – acquaintances – definitely roommates, that one is factual. He’s convinced himself that the truest sign of his – whatever – with Garrett is knowing why Garrett is in a wheelchair. Was he born with the handicap, or did he have a terrible accident that put him there? He attempts to find out, but chickens out in directly asking Garrett about it, because he’s not sure if it’s an offensive question.

Then, in even more typical Jonah fashion, he spends the entire episode trying to sneakily get it out of Garrett, but Garrett is far too smart to fall for that and starts to mess with Jonah by telling him all sorts of stories. Eventually, he reveals to Jonah that he’s never going to tell him, because he doesn’t want people to put him in a box because of the reason behind his need for a wheelchair. 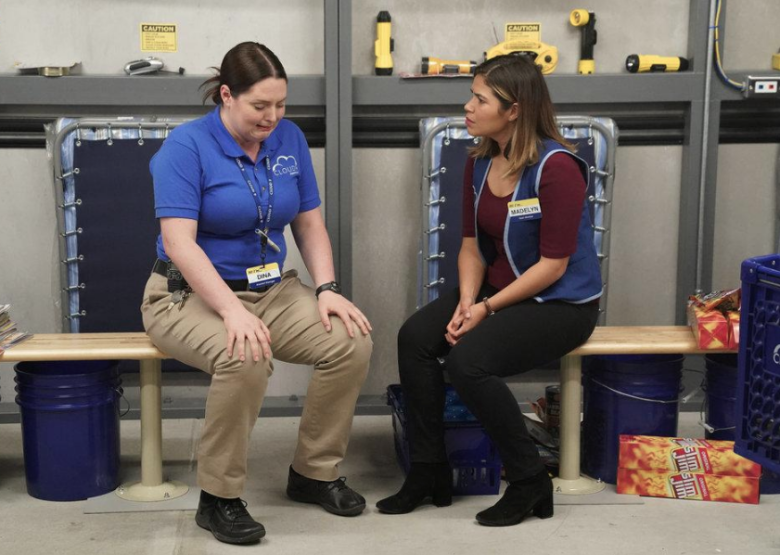 It’s actually a pretty well-balanced episode with Amy’s experience with Dina mirroring Jonah’s with Garrett in a pretty interesting way. Despite their desire to keep walls between them and everyone else, at the end of the episode, both Dina and Garrett open up to Amy and Jonah respectively, in a roundabout way that doesn’t really get at the root of the thing Amy and Jonah each set out to solve, but hey, at least they got something out of the both of them.

One quick thing about the show’s opener, because it was an absolutely fantastic opener. The team is all outside in the rain, to mourn the loss of Greg, who they think is dead because he was outside collecting carts when the tornado hit and they found a foot. Sandra is playing a beautifully sad song on the ukulele, and it’s slow and mournful, and sounds totally perfect and sweet for the purpose of honoring Brett’s memory, until she starts to sing and suddenly you can recognize the song and it’s “Creep” by Radiohead, and it’s absolutely hilarious, not because it’s apparently the only song Sandra knows on the ukulele or because it’s totally not an appropriate song to play to honor someone’s memory, but because it kind of weirdly describes Brett almost perfectly. And also it’s a totally inappropriate song to sing at someone’s memorial service. Genius.