Superstore teases us with another episode hinting at the sexual tension between Jonah and Amy in “Groundhog Day.” And, as much as the title might set your expectations up, no, there isn’t any strange time loops or a special guest appearance by Bill Murray, unfortunately. In fact, the only groundhog-related aspect of the entire story is the fact that the first day takes place on Groundhog day and Amy gets asked out by the groundhog handler, whose offer of a date she promptly ruins by getting flustered and accidentally breaking the cage the groundhog was in, throwing the groundhog across the floor and possibly hurting or even killing him (no actual animals were injured in the making of this episode, I’m sure).

The rest of the episode mostly deals with Amy’s love life – or lack thereof, since her divorce. Mateo and Cheyenne try to encourage Amy to start putting herself back out there, but their expectations of the type of person Amy could attract are insultingly low. Amy rightfully takes offense at the quality of person they think she is equivalent to, and I completely relate to this. I’ve definitely had those types of “friends” who decide I’ve been single too long and make it their personal duty to try and set me up with people, but constantly choose people that are very much single for a reason, and it certainly makes you question how they view you. 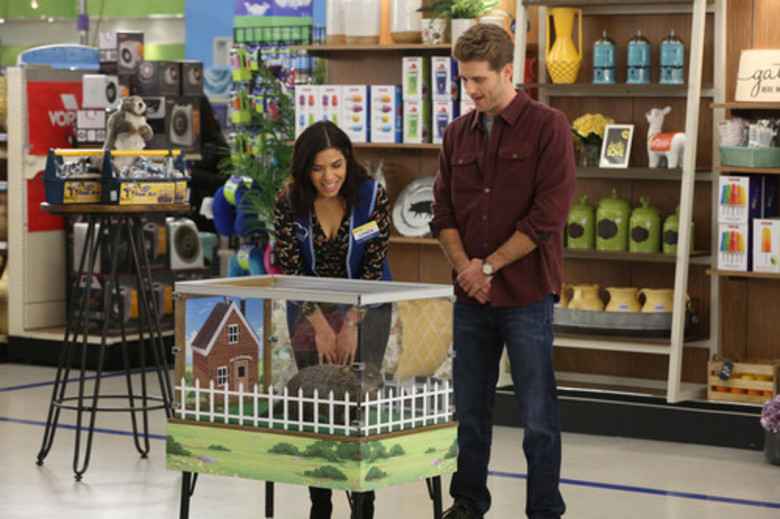 The best part of the episode comes towards the end, however, when there’s a bit of a gender role reversal and Amy gets to be the person depicted as shallow for using Tate as a one night stand, when he was apparently looking for an actual start to a relationship. It’s a fun little twist on the totally cliche storyline of a guy only looking for sex and a woman being disappointed when, the day after sleeping with him, she approaches him about seeing him again and he more or less gives her the cold shoulder and tells her it was a one time thing.

This time around, Amy gets to be the guy, and we get to see Tate take on the role of the woman, and best of all, the entire store jumps in on Tate’s side, poking fun at the unfair expectations between these gendered scenarios and how emotionally selfish it is to use someone to try and get over someone else or vindicate your own shallow motivations. In this case, Cheyenne and Mateo had called Tate a “10” on their rating scale (even though he’s a totally weird person with a bizarre personality) and Amy’s motivation was to prove to them that she’s high enough on the scale to “bag a 10.” 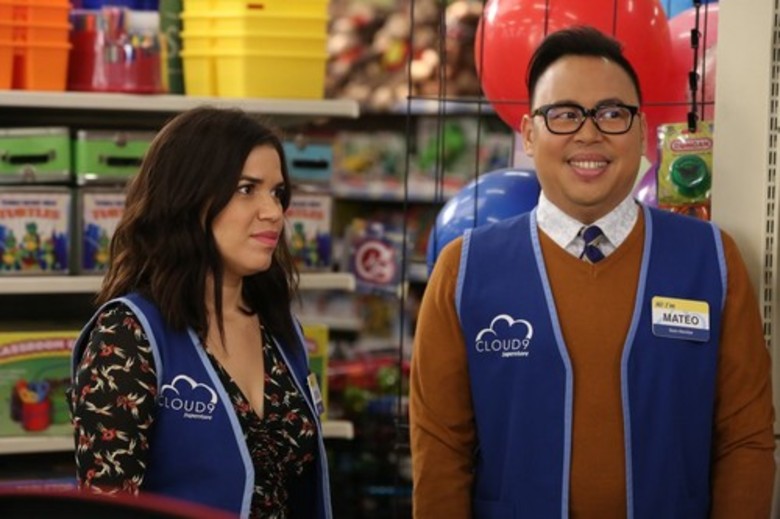 The nice thing about this episode is that, as an audience, we get to take Amy’s side. It’s not weird that she wanted a night of meaningless fun to regain her confidence in her ability to put herself out there, since Cheyenne and Mateo would only adding to her insecurities she already had as a divorced single mother. The store taking Tate’s side is simply portrayed as so silly and ridiculous that it makes it easy for us to see Amy’s side of things, which is refreshing. It’s nice to know that the show is putting the idea out there that we can have the same social expectations for men and women, and that a woman who has a one night stand can still be considered a normal, reasonable human being, and not worthless or a slut. It’s also nice to see men depicted as wanting more than just sex, as Tate does in this episode. His character stereotype had me expecting that he was just the type of person who only had one night stands, and I totally wasn’t expecting him to be upset that Amy didn’t actually want to date him. So the surprise reveal that actually did care about this stuff was a fun twist. 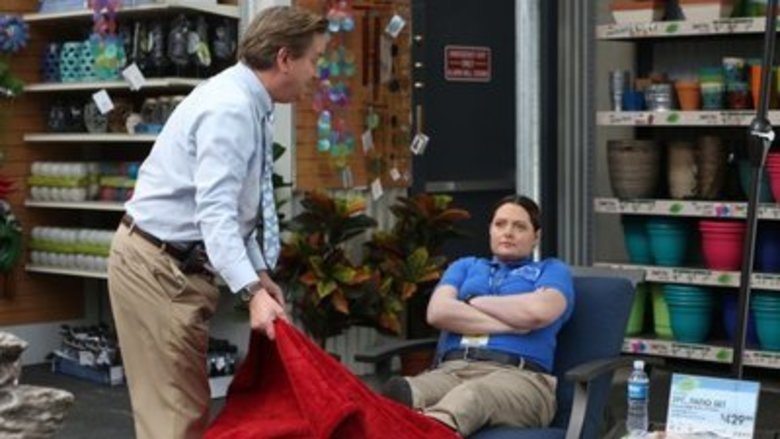 To top it off, we get to see Jonah a bit bothered by the fact that Amy is sleeping around with other guys, but not in an overreacting sort of way, because he is still dating Kelly. It’s a good level of reaction from him, because it’s more revealing of the fact that he still has feelings for Amy and is maybe bothered by the idea that she might be moving on emotionally from him. Almost like he’s silently and unconsciously getting rejected by her. But he quickly bounces back because, as I said, he’s dating Kelly, so if he were to get actual, full-on jealous, that would be a bit sexist.

But man, I can’t wait for him and Kelly to be over so we can get back to Amy and Jonah. Sure, Kelly is cute and she and Jonah work well together in a lot of ways, but Amy is a much more interesting pairing with Jonah because she doesn’t just go along with all of his weird quirks. She pushes the boundaries of his person, and that’s much more interesting to watch.