Superstore dives deeper into very topical subjects in this week’s episode, “Health Fund.” In its own humorous take, the episode explores the very complicated process of creating and handling insurance coverage, managing to address all of the current problematic situations, sentiments, and needs, without ever really preaching an answer.

In fact, this episode seems to go to great lengths not to preach anything – we see why insurance policies become so complicated and entangled, but those reasons aren’t given any viable solutions. Not that the show should be expected to have the answers to solving healthcare, but it is impressive how impeccably the show toes the line without stepping one way or another. 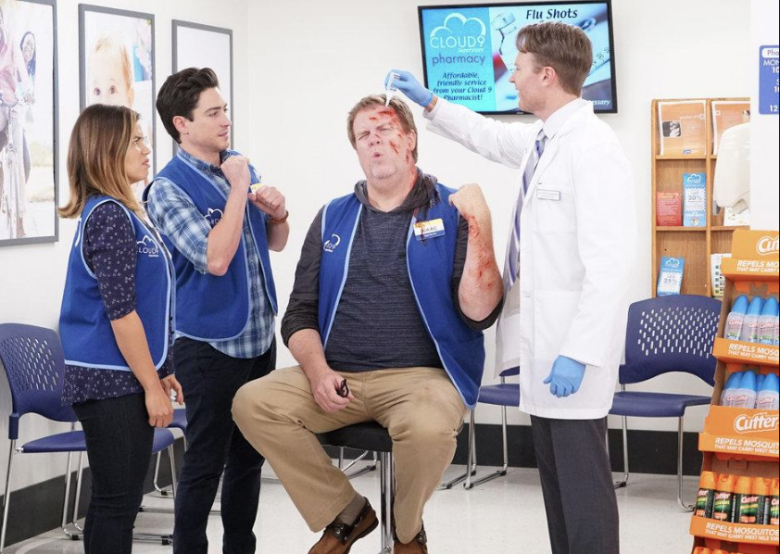 We also have another episode with Dina at the center of a questionable interaction at work, except this time, it doesn’t come off as inappropriate, it’s simply funny. This is probably the case for two reasons: first, and most importantly, both parties consent to the interaction taking place, and second, Dina is doing a favor for Glenn, to help him make sure he doesn’t have cancer, and that’s a pretty sympathetic act, which is something Dina’s character desperately needs.

In fact, the entire interaction allows us to see a side of Dina that let’s us know that, despite her constant need to dominate over everyone else, there is a part of her, buried deep down, that holds some concern for the people she works for and with. If not, why would she ever even bother helping Glenn out? And, as a bonus, because her helping Glenn is such a sympathetic act, the entire situation becomes funnier. Glenn’s incredibly modest personality, contrasted and paired with Dina’s almost scientific approach to being exposed to the human anatomy creates a hilariously awkward scenario where Glenn is exposing his penis and Dina is trying to examine it for a possible cancerous mole. 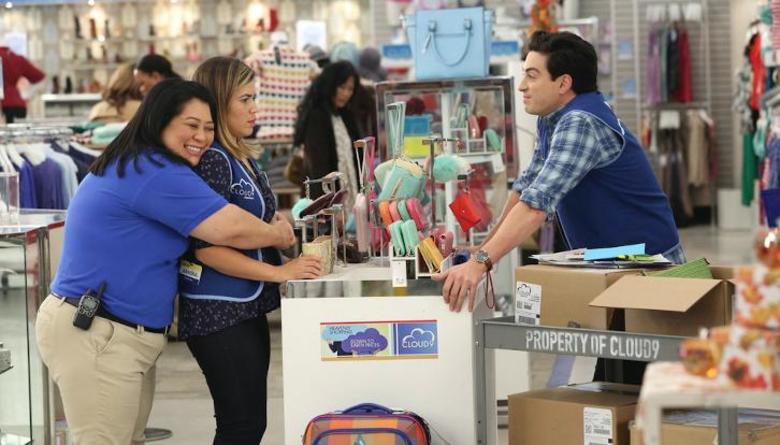 And, because the interaction can be seen as a ‘good deed’ on Dina’s part, even the end joke, when she tells Glenn never to forget she has a picture of his penis on her phone (she had to send it to her dermatologist) is a little bit funny, even though it’s technically blackmail.

You might be wondering why I haven’t brought up the interaction between Glenn and the store’s pharmacist, Tate. Because technically, that could be considered sexual harassment, as Glenn did not want to see Tate’s penis, verbalized his non-consent, and Tate showed it to him anyways, then demanded that Glenn compliment it. While, again, sexual harassment or assault is never something to be taken lightly or minimized with humor, we already know that Tate is a terrible person. 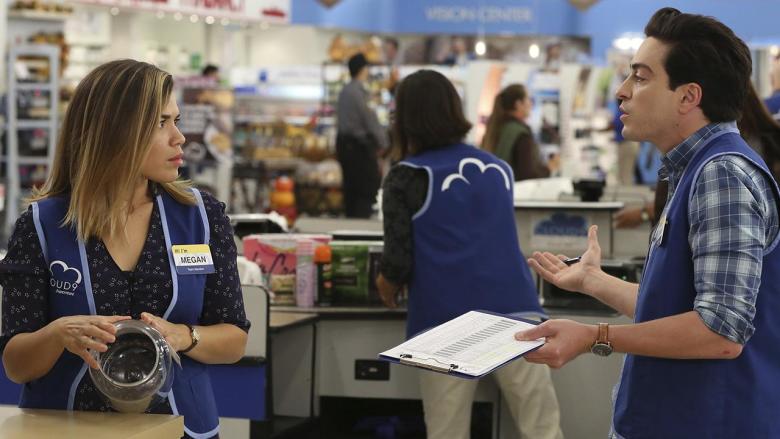 That’s essentially the core joke of his character – any questionable act there is to be done, Tate does it. Within this same episode he takes an oxycontin pill because he isn’t sure if it’s a SweeTart or the opioid painkiller, and he sells expired antibiotics to Matteo. That doesn’t make what he did to Glenn okay by any means, but the show, at least, isn’t trying to pass this off as acceptable behavior between two co-workers – or really, between two people in general. Instead, Tate is acknowledged as a terrible human being in the show, so reasonably, we can categorize unwanted penis exposures under the section “things terrible human beings do.”

The show continues to churn out incredible amounts of humor and laughter. Mainly because so much of it is relatable and true to the average American. I’ll continue to watch and love the show, as long as it steers clear of inappropriate sexual harassment/assault jokes.