The episode this week was directed by America Ferrera, and in my personal opinion, she did a fabulous job. #GirlPower 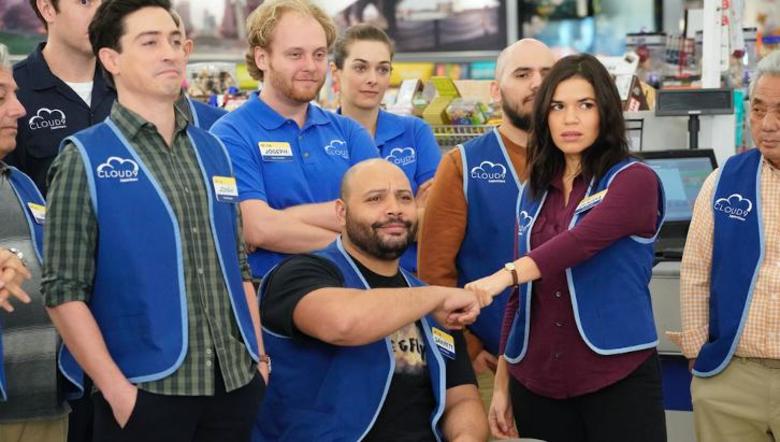 Obviously a lot of credit for all of this is also due to the writers who actually came up with the ideas for all the jokes, but a huge high-five is also owed to America for bringing these jokes and gags to life and creating setups that followed through on the gags and built upon the initial humor of the joke.

Highlights from this episode include Glenn and Sandra deciding they are done being pushed around and walking out in slow motion like the tough people they want to try and be, Glenn getting yelled at by the older mother who thinks her son seeing women breastfeeding is inappropriate, and then as they leave we see the child is carrying a very life-like bloody head on a pike, and Jonah and Amy finding the secret passageway that goes behind the walls of the store to connect various rooms, because that’s just cool. 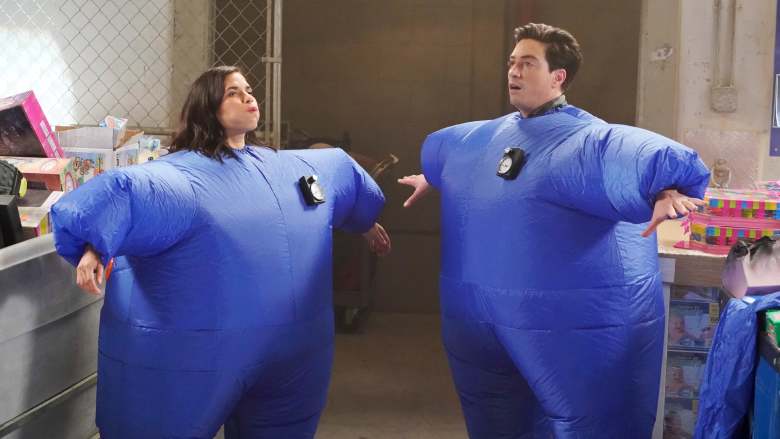 I’m also very offended that Amy hasn’t seen The Goonies, because it’s the greatest film ever made, and I’m really pleased that Superstore acknowledges it and oh my god I’m Jonah, aren’t I?

I would also like to give a shout-out to the show for managing to toss in and somewhat address the feminist issue of breastfeeding while not overwhelming the show with a political message and not even making the episode really about that. It added to the quality of the episode without overshadowing the other stories taking place in the episode, and that’s a really challenging thing to pull-off, so kudos for that.

This episode really highlighted the several types of comedy the show frequently employs, too, and I want to take a moment to point those out. Garrett’s inability to speak to one of his video game voice-over idols is almost cringe-worthy. Like we almost feel embarrassed for starstruck Garrett, but it’s so awkward we have to laugh about it. This type of humor is frequently used by the show in situations involving Dina or Glenn, so to use it on Garrett is certainly new and interesting. 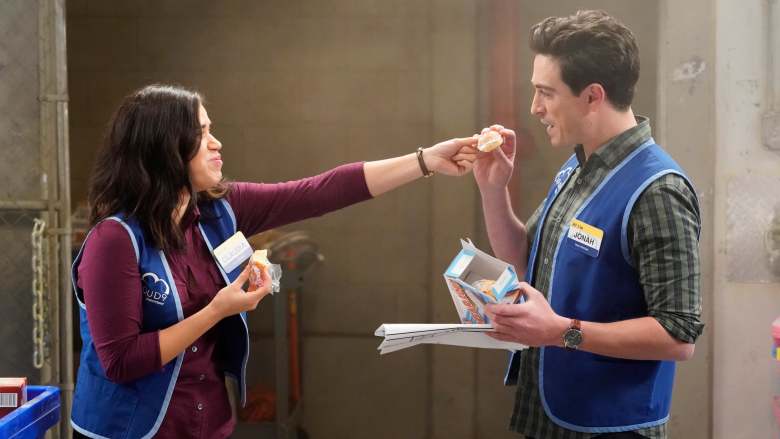 Then, of course, there are all of the visual gags, often highlighted by the scene transitions where we cut to random shoppers doing random things in the store. There’s also sarcasm, frequently employed by Amy, physical humor, almost always involving Dina in some way, self-deprecating, which is Sandra’s bread and butter, and observational, which seems mostly to be utilized by Jonah.

The show continues to churn out a plethora of humorous scenarios using all these comedy tools and more, and once again, I recommend you simply go and watch the episode for yourself if you haven’t already.