It’s Jonah vs. Dina in this week’s episode of Superstore, “Workplace Bullying.” The episode continues to prove that this show has some of the best jokes and gags currently on TV. And with a plethora of interesting characters, the show continues to churn out new takes on character relationships and situations.

This week’s antics were sparked by thievery. I’m actually surprised the show hasn’t touched on robbery before now. That’s obviously another indication of how good the show is, when we’re three seasons in and it hasn’t exhausted workplace scenarios. Also not exhausted in this show is the idea of being left out of the group, which Amy is feeling now that she’s separated from her husband and wants to socialize more with her coworkers. And also, also not exhausted in this show is Dina’s continual misreading of Jonah’s interest in her, which is super awkward. 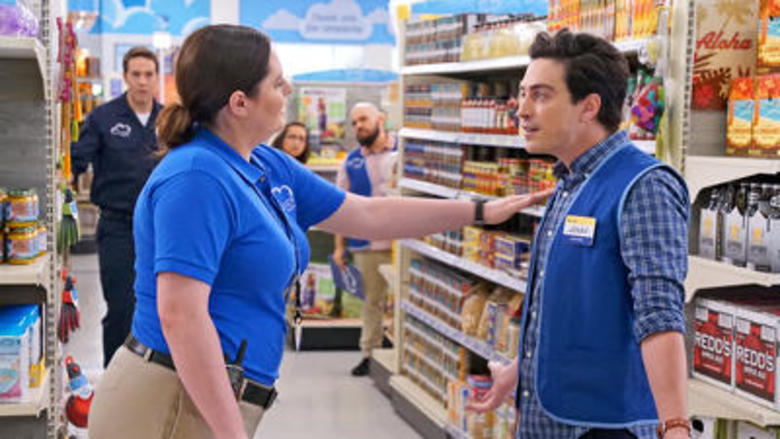 I realize that part of the fun of this show is its ability to remain slightly separate from actual current events and to avoid getting too political in its messaging, but I do want to address the sexual harassment issues with Dina’s treatment of Jonah. Granted, the issues with these jokes feel more subtle because the expectation and topic of conversation lately has been on men’s treatment of women, but that doesn’t mean that when the roles are reversed it makes it any better.

In this specific instance, the joke is that the conflict between Dina and Jonah gets amplified to the point where Dina is trying to fight Jonah outside. She tackles him, and he gets an erection. Dina calls him out on it, and some of the other employees make fun of him for it, but most of them recognize it as an uncomfortable situation, realize the issue should be dropped, and go back to minding their own business. 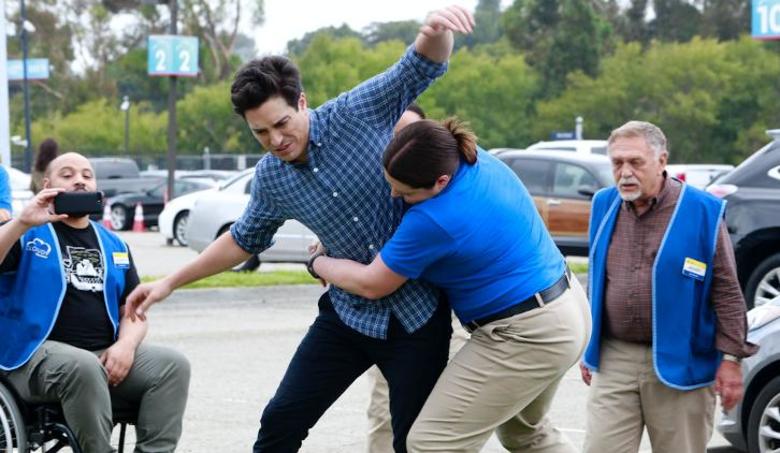 Dina, however, confronts Jonah later on, as she’s now convinced that his erection means that he “still” (read: he never did) has an attraction to her. Dina tells him that she needs to be single for the moment, since she and Garrett just broke up, but that doesn’t stop her from coming on to Jonah very strongly and making the entire situation really uncomfortable. And that’s actually how I would describe this particular scene: uncomfortably funny. Uncomfortable enough that the only reaction you can have is to laugh.

Of course, maybe the show is bringing this type of situation up in the hopes of drumming up thought about it. Maybe the show hopes that its viewers will recognize it as uncomfortable, and be able to better understand where victims of sexual harassment are coming from in the future. But the show doesn’t come out and actually say or show that this is what they want from this particular storyline. Which makes me have to wonder if the show thinks jokes about sexual harassment are funny?

I know that if I was in Jonah’s shoes, I’d feel uncomfortable and unsafe coming to work every single day. Wondering what Dina’s next reaction and action towards me would be, and worrying about how to stop it without causing more conflict or risking my well-being or job would be all I’d be able to think about. I know that this is how I would react because I’ve been there, as I’m sure countless other women, and even some men, have, too. 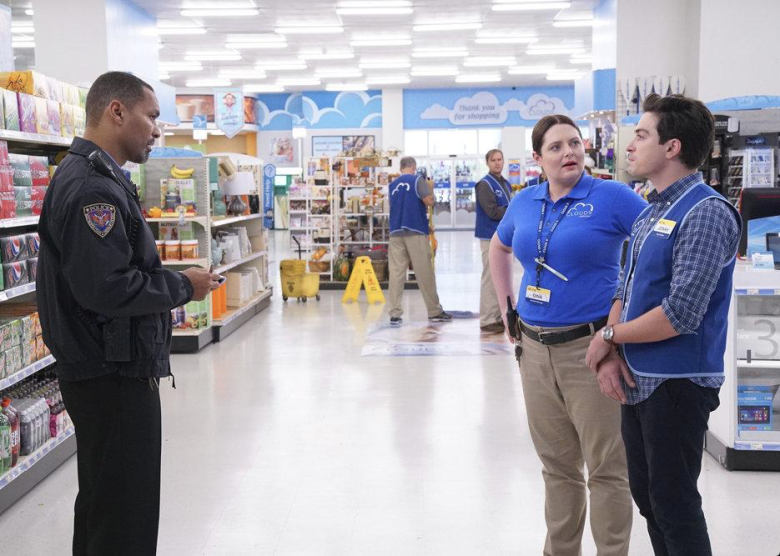 It’s not fun, or funny, when a coworker decides to make you their sexual target, even if all they ever do is verbally harass you or make you the punchline of their jokes. In the case of Superstore, the show would probably lose a bit of its comedic effect if it burst its fictional bubble by trying to be on-the-nose about topical social and political issues. And, naturally, the on-running joke behind Jonah’s character is that he is the outlet for addressing and pointing out these sorts of things.

But, while the episode was solid in its writing and its gags and punchlines, I’m not sure what to think about this particular scene. Is it a positive contribution to the current conversation, highlighting what it’s like to be sexually harassed, without disengaging or alienating the parts of its audience who may need to see and understand this situation the most? Or is it a tone-deaf throw-away joke scenario that only further mucks up the conversation by falsely promoting the idea that this scenario isn’t harassment, and that unwanted sexual advances are something we can joke about and choose not to take seriously? I’m unsure, but for the sake of my love for this show, I hope it’s the former, and that that gets a little clearer as the season continues.