James Delaney finds that great forces have risen up against him as he tries to take over his father’s estate in this episode of TABOO. Not only is the East India Company banking on James death, but also a new heir to his father’s estate comes out of the shadows threatening to undo all of his plans.

Taboo opens up in the second episode by expanding the cast of characters, dangling deeper intrigues, and showing James come into conflict with the forces aligning against him. Mysteries still abound about what James has been doing the past ten years while he was considered to be dead, and how he’s been able to gather together the considerable means it appears are at his disposal. What has he witnessed or participated in that has grown such a hatred in him toward the East India Company? What is he planning to do to get back at them and thwart their desires? For now he’s just a bug in the ointment to them, but with a new trading company built in his name, and Nootka Sound as his inheritance, he could cause them massive troubles. 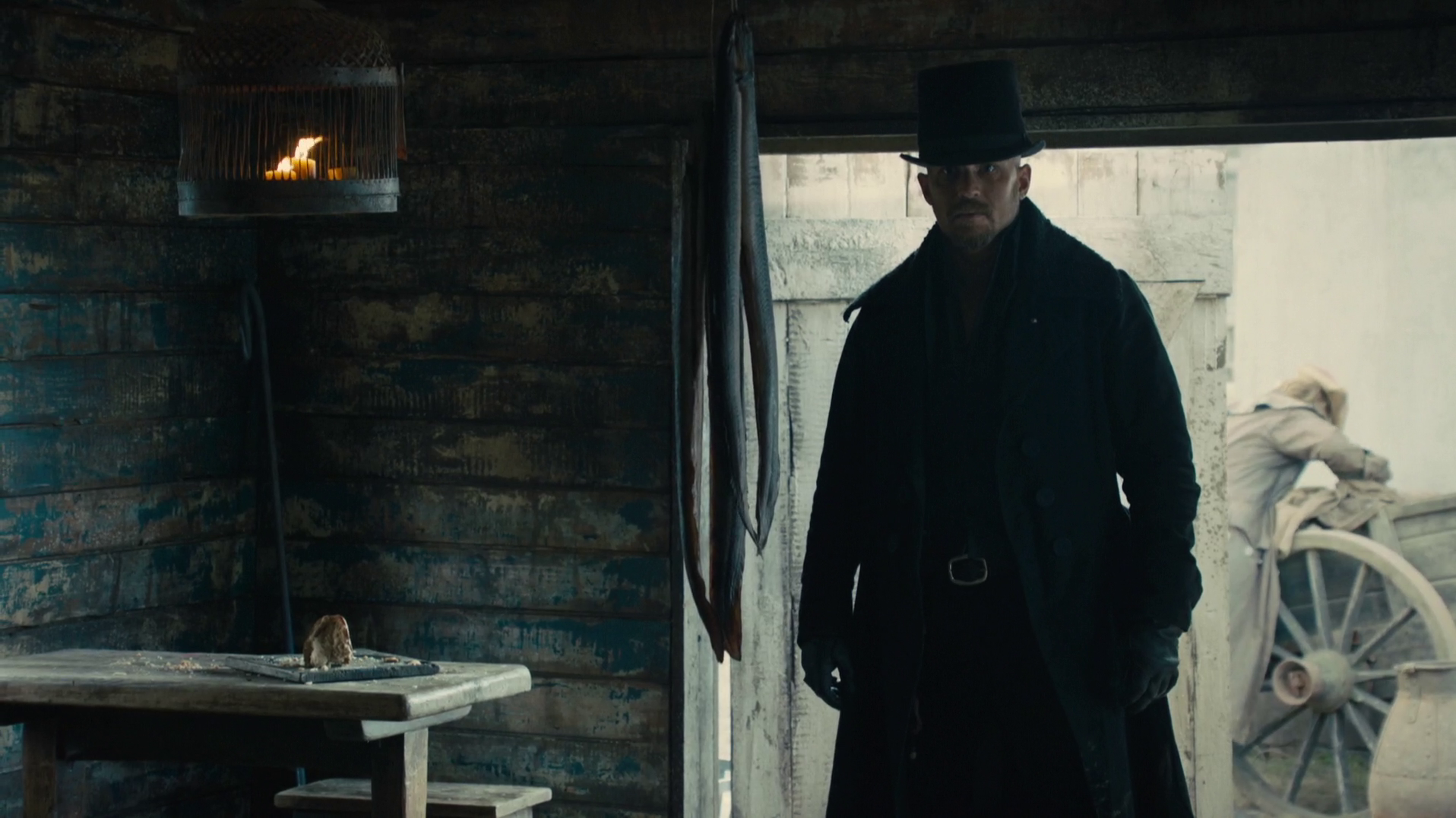 Tom Hardy continues to intrigue as James Delaney, the haunted, ghost of a man with the fire of revenge in his belly. He has a sinister side to him we do not get to see until deep within this episode, which matches the verbal threats he’s laid out upon people. Hardy chews up the scenes in Taboo with a voice full of mumbles and grit, and a stare and determination that would unnerve anyone it’s focused on. This seems to be the role he was born to play, and it’s been exhilarating so far to see his plans unfold, knowing there’s a huge showdown that’ll take place before the eight episodes of Taboo come to a close.

Delaney’s political leanings are unclear at this point, other than his hatred for the East India Company. Nootka Sound holds great value to the Americans, the British, and the East India Company, and so far it seems fairly clear he wants to keep this parcel of land out of the hands of both the British and the East India Company. During his interactions with the American Dr. Edgar Dumbarton (House of Card’s Michael Kelly), it appears Delaney may have worked as an American spy at one time. His knowledge of things he shouldn’t know, like the politics of American spy craft in London and the coming treaty negotiations between the American President and the British in York, unnerve Dumbarton. Delaney wants to speak with the Americans about Nootka Sound, but does he really want to sell it to them, or is he playing both sides off against one another? 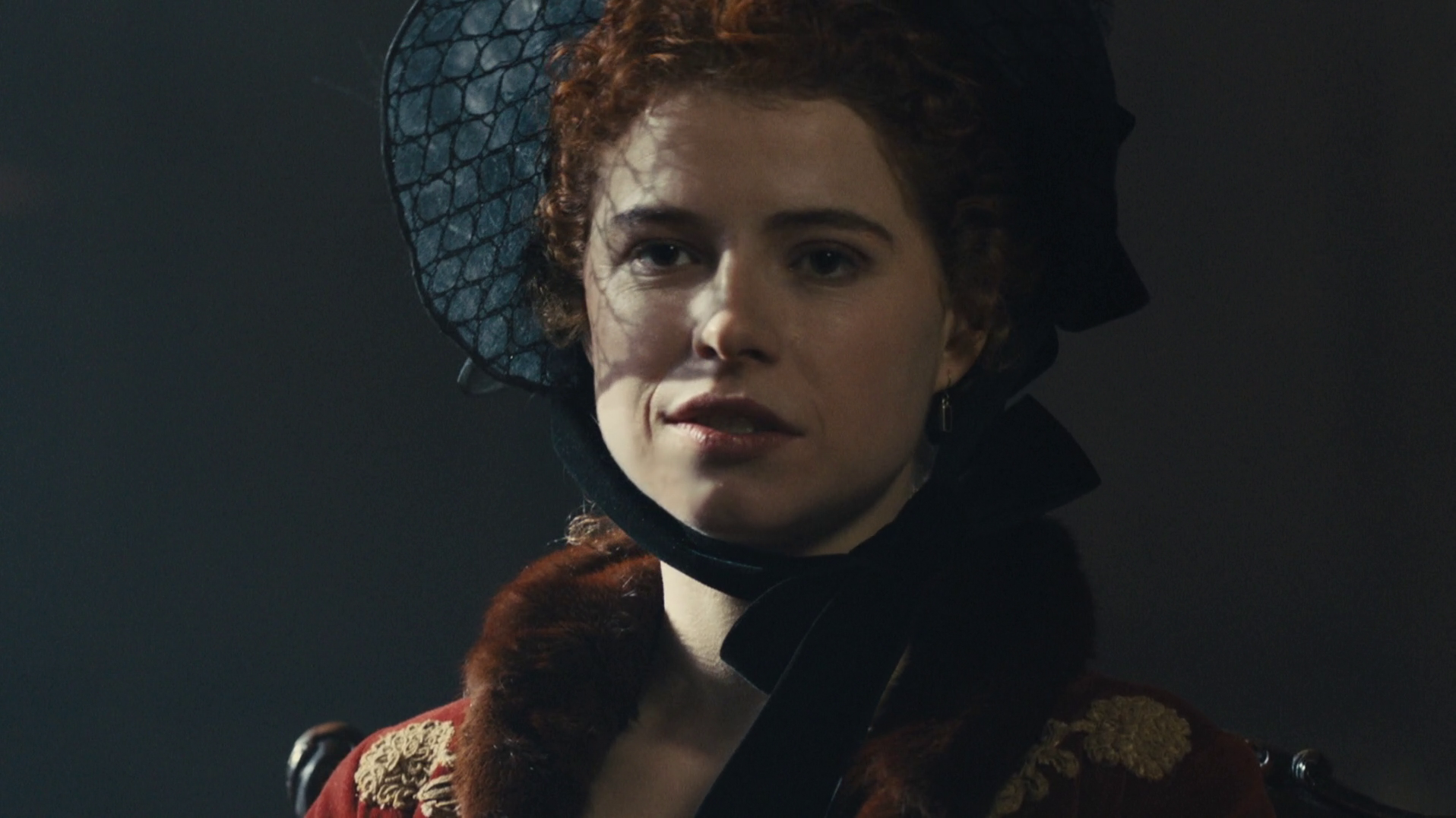 When it comes time to settle Horace Delaney’s estate, the will is read in front of a room of creditors, Zilpha, and her husband. She’s been left nothing, and is not even mentioned in the will. James inherits everything, and though the debts of the father do not pass down to the son, James quiets the raucous crowd by spilling the exact amount of his father’s debt in coins on a table to be paid out to each and every creditor. A wrench is thrown into his plans with the appearance of Lorna Bow, an actress who claims to have married Horace two years hence, and has the paperwork to back it up. If her claim on Horace’s estate holds, this gives the East India Company another avenue to acquire Nootka Sound without James’s involvement. They have another plan in place as well. They will murder James to free themselves of his hindrance.

At an auction, James bids on a boat, coming up with a vast amount of money to buy it. It was a Spanish ship, which was contracted by the East India Company to sell slaves even though the British outlawed slavery and its business at this time. He uses it to start his own trading company. Where does James come up with the money for the boat and to pay his father’s creditors? We see in the pouch he buried in the first scenes of the series, there are numerous raw diamonds. He sends some to his sister, and must finance everything with the sale of these. What was he doing in Africa to come into such fortune? Was he involved in slave trading? 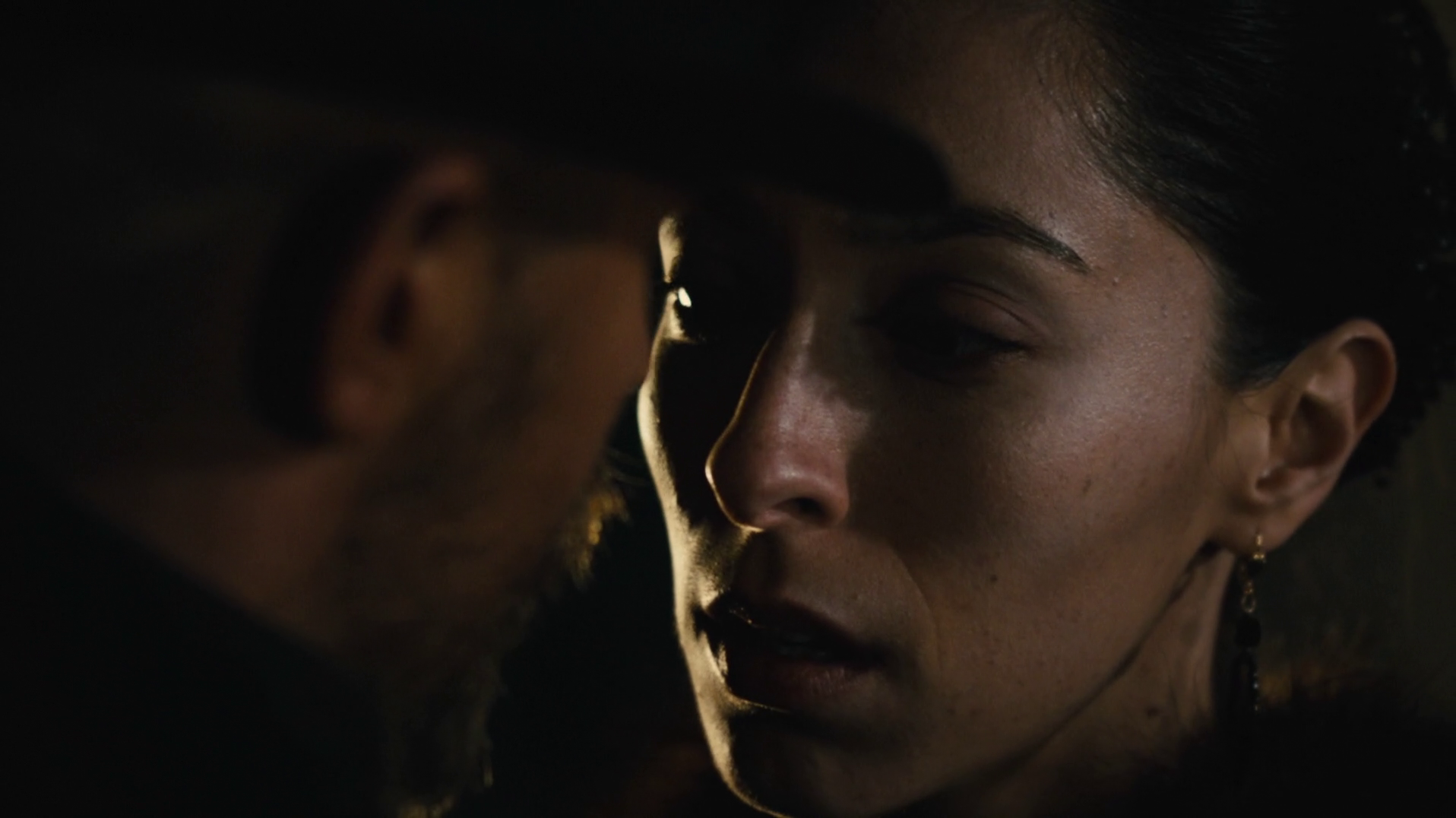 The chemistry between Hardy as James and Chaplin as Zilpha oozes between the two of them every time they are near each other. There’s a forbidden longing, and lust pulling them together like two magnets even though they are half brother and sister. They’ve known each other intimately, and James’s leaving England may have been an attempt to sever that feverish attraction, but it hasn’t worked. There’s longing, and breathlessness when they are near, and there’s no doubt her husband Thorne has some idea that what’s between them is unnatural. Will they consummate these forbidden desires, or can they abstain from giving in to their longings?

James continues to be haunted by his past deeds, the dead, and traumatic images from his past. He has severe PTSD that rears its head when he’s at his weakest moments. On the ship he’s just purchased, there are beads in-between the boards, and shackles on the walls. The discovery takes him to a dark place. A memory of the ship that sunk with a cargo of human beings flickers in his mind, tormenting him. Some of his visions are clearly from Africa and experiences he had there, while others seem to be from Native Americans. What happened to him when he tracked down his mother’s lineage? These visions follow him around like a curse. Will he ever free himself from them?

In order to keep his eyes on all things, and watch his back as well, James joins forces with Atticus (Boardwalk Empire’s Stephen Graham) who brings information to James. Attics was hired to kill James father, but refused. The person who attempted to hire him was Zilpha’s husband Thorne. Was Thorne also the person who poisoned Horace? He clearly wanted Horace dead to get an inheritance, but why? What is the deal between Thorne and Zilpha? They don’t seem to love each other, so how did they end up together?

As James gathers people around him to help with his cause, the daughter of brothel owner Helga (Franke Potente) warns James of a silver toothed man who wants to kill him. She takes James to the boat the man resides in, and James sets it on fire. The last scene of the episode shows a confrontation between James and the silver toothed assassin where neither is left unscathed. James takes a knife to the stomach, but uses his own knife on the assassin in a moment of savage brutality, and bites a huge chunk out of the man’s neck severing his artery and killing him. Is James mortally wounded, or will he find someone to heal him? Was this assassin hired by the East India Company at the behest of Stuart Strange, or was it someone else behind this attempt on his life? We’ll find out soon.