THE GIRLFRIEND EXPERIENCE Review: “Family” / “Living Like a Tornado”
December 4, 2017 1

Season 2, Episodes 9-10 – While Anna and Erica’s relationship falls apart, Bria takes matters into her own hands. 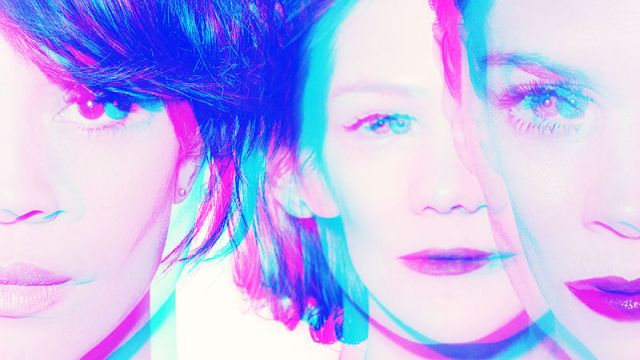 Season 2, Episodes 7-8 – Anna makes a shocking decision; and the truth about Ian is revealed.

Season 2, Episode 5-6 – As Erika and Anna’s relationship heats up, Bria struggles to have her own needs met.

Season 2, Episodes 3-4 – While Erica and Anna mix business with pleasure, Bria struggles to adjust to her new life.

A look at season 2 of The Girlfriend Experience is here with the first official trailer.

Why “The Girlfriend Experience” Season 2 Storyline Was Rewritten After Election
July 28, 2017 0

Co-creator Lodge Kerrigan explains how real life was stranger than fiction when it came to Washington, D.C.-set storylines in season two of his Starz drama.

Steven Soderbergh’s The Girlfriend Experience adds to its lineup, CW’s Valor rounds out its lead roles, and Jane Lynch is headed to NBC.

The Complete List of Winners from the 74th Golden Globes (Live Updates)
January 8, 2017 0

The complete list of winners from the 74th Golden Globe Awards hosted by Jimmy Fallon. Find out who took home the top prizes in film and television at this year’s ceremony!

Each summer and winter, television networks present their slates of programming to the Television Critics Association to give them updates, sneak peeks, and more, for their various series. From HBO to Starz, this weekend revealed information on some of the most buzzed about shows, such as Game of Thrones, and also gave critics some of the first looks and details about brand new series set to hit this fall.

As the first season of The Girlfriend Experience concludes, Christine’s two lives collide and she’s forced to choose which life she wants to embrace.

As the season of The Girlfriend Experience progresses, the lines separating Christine’s double life start to blur. She faces adversaries all around her and is forced to work to prevent her secrets from being exposed.

With The Girlfriend Experience, writers and directors Amy Seimetz and Lodge Kerrigan have crafty a wonderfully arresting and confounding show that’s unlike anything else on TV.

Explores the relationships of the most exclusive courtesans who provide their clients with far more than just sex. These purveyors – or GFEs (Girlfriend Experience) – share intimacies more common to romantic partners or husbands and wives, becoming quasi-lovers and confidants who are richly paid for their time.