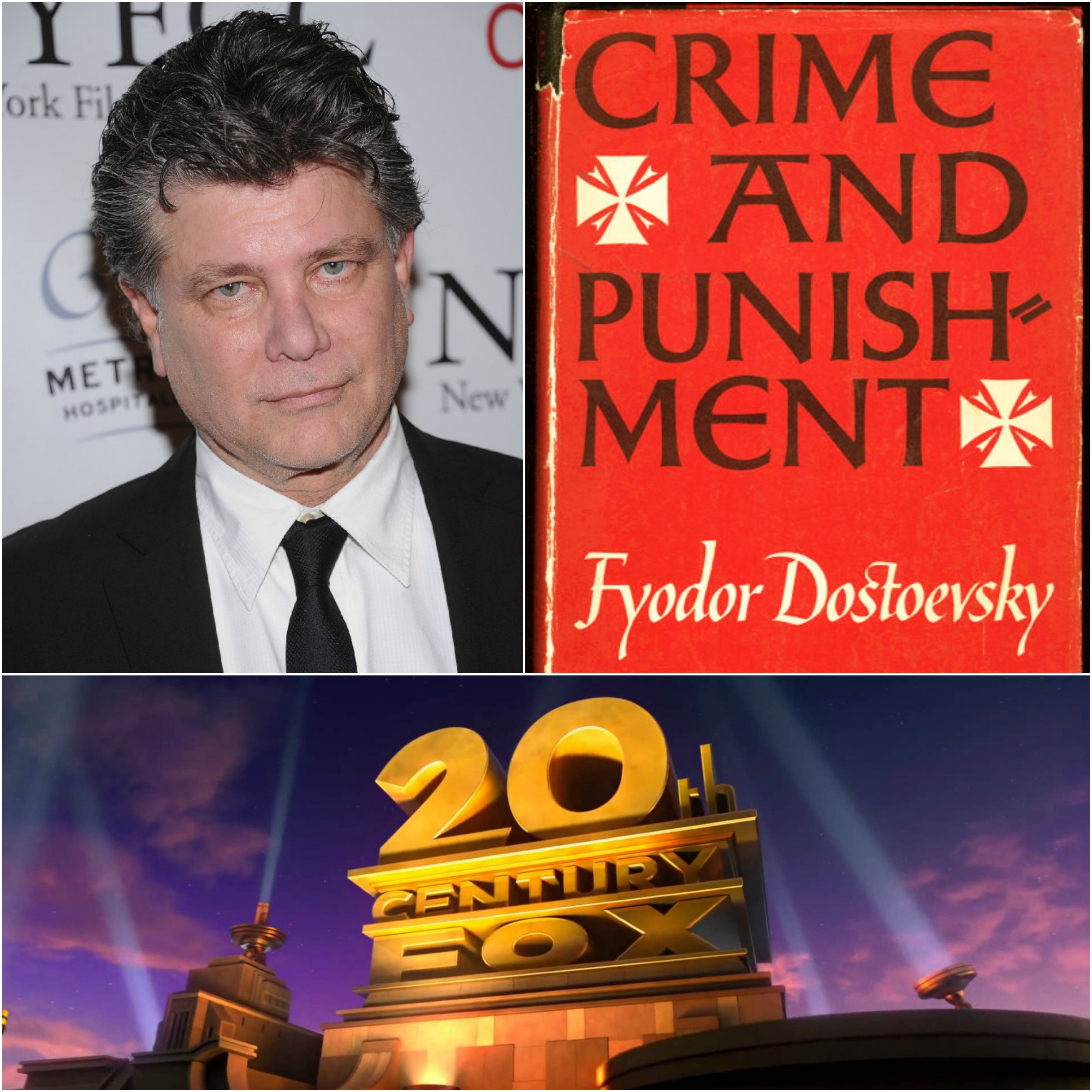 20th Century Fox and Film Rites are set to adapt THE SINNER AND THE SAINT, based on Kevin Birmingham’s upcoming book The Sinner and The Saint: Dostoevsky and the Gentleman Murderer Who Inspired a Masterpiece. The book, which tells the story of the true crime that inspired Dostoevsky’s classic Crime and Punishment and the intense process of writing the book, will be published by Penguin Press. Film Rites principal Steve Zaillian will produce the drama, with partner Garrett Basch executive producing. Mark Roybal will oversee for Fox.

Birmingham is a writing professor at Harvard University, whose debut novel, The Most Dangerous Book: The Battle for James Joyce’s Ulysses, was published in June 2014 and met with critical acclaim, landing on The Economist’s Best Books of The Year list.

Crime and Punishment has been adapted numerous times for both film and television, but Birmingham promises a fresh take on the classic story, which explores the mental anguish and moral dilemmas that follow a poor student named Raskolnikov after his robbery attempt goes haywire and he murders an unscrupulous pawnbroker.

Next up for Film Rites is the comedy Freezing People Is Easy, based on Robert F. Nelson’s memoir We Froze The First Man, and will star Paul Rudd, Owen Wilson, and Christopher Walken. They’ll also produce the drama My Dinner With Herve starring Peter Dinklage and Dominic Cooper. They recently released the Roger Ebert documentary Life Itself, which won a Critic’s Choice Award for best documentary feature.

Birmingham is repped by WME.