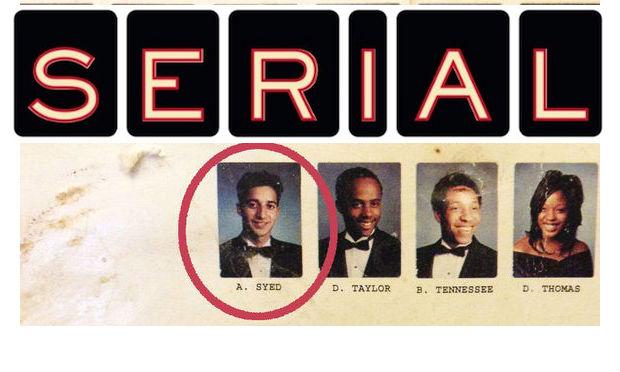 Over the past few months, SERIAL became the thing everyone was talking about. The show’s addictive mystery and easily digestible format allowed listeners to quickly become immersed into the story. Hosted by Sarah Koenig, the podcast delves into the case of Adnan Syed, who was convicted of the murder of ex-girlfriend Hae Min Lee in Baltimore, 1999. Because of the podcast’s wild success, naturally everyone in Hollywood is itching to adapt the story.

Initially, Koenig and This American Life founder Ira Glass had said that the rights to the show would not be discussed until the show had concluded. Now that season one has commenced, the mad scramble begins, with everyone after the rights. At first, I received wind that Tristar TV was after the property and that several interested parties were pushing it as a feature. However, I’m now hearing that Ryan Murphy is close to developing the property as a limited series for HBO.

Murphy has recently risen as a frontrunner in the current mini-series phenomenon, being the man behind both American Horror Story and the new American Crime Story. This adaptation would match with both Murphy and HBO’s sensibilities, as it’s uniquely similar to both American Crime Story and True Detective. HBO typically nabs high-profile true stories for its successful mini-series, so Serial’s popularity and format should prove a perfect fit for the network.

Warner Bros. has also been actively seeking the property, with intentions to adapt for a feature. The studio used to have a first-look deal with This American Life, which Serial is a spin-off of. That deal was in place in 2002 and lasted for two years. The film Unaccompanied Minors was produced under this deal. Whichever way it ends up, any Serial adaptation would do well to preserve the show’s episodic format, which would likely serve the story better than a feature version.

Several This American Life properties have been adapted already, with Mike Birbiglia’s Sleepwalk With Me being one of the films produced. This American Life was also once a television series, which ran for two seasons on Showtime in 2007.

Serial’s popularity has led to both positive and negative reactions due to the controversial nature of the show, which creates both a case for and against Adnan Syed. The Maryland Court of Special Appeals will decide presently whether or not Syed will be given permission to move forward with his bid to overturn his murder conviction. The Innocence Project has proclaimed that they will petition to test for DNA on other items found at the crime scene, regardless of the ruling, which is currently undecided. The second season of Serial will focus on an entirely different case.

Next time, on Serial.