Everyone has that one TV show that they thought would be so good…until they sat down and watched it. If only this show weren’t on CBS, they think. Or maybe if that one actor weren’t on the show, it would be better. If only there were a way to give one more chance to a TV show that was so close to making it, but for one reason or another, didn’t strike the right chord. In the sports world, it’s called a mulligan. (For all you couch-potato TV geeks, a mulligan is golf-speak for a do-over.) You gave it a good effort the first time around, but you just want one more shot at it. Well, we’ve compiled a list of shows that we think deserve another turn at the tee.

UNDER THE DOME: Ok, we’ll start off with an easy one. “Under the Dome” had everything going for it: it’s sci-fi, the hot genre of the past few years, it’s based on a Stephen King novel, and it’s executive produced by Steven Spielberg. If you were going to take bets, you’d bet on this horse. The series is set in the small town of Chester’s Mill where one day a giant transparent dome crashes down, cutting off the town from the outside world. No supplies, no communication, no nothing. The problem? It’s a CBS show. Now, nothing against CBS, but they don’t do sci-fi particularly well. They’re also not great at high concept. You might look at “Under the Dome” and say that it’s had an ok run; it just wrapped up its second season. But let’s be frank – you’d only argue that if you’d never seen the series. Sure, it started out just fine. It was a fun summer series…more of a guilty pleasure than anything else but here’s where they went wrong – they didn’t follow the book. The reason you make a show based on a Stephen King novel is that Stephen King is the man. Yeah, we said it. Unfortunately, “Under the Dome” took the amazing concept from King but left everything else that made the novel great. From corny dialogue to poorly realized character arcs, the series just didn’t have that “it” factor that the book did. Truthfully, we’re just waiting for this one to be cancelled.

What could they do next time? Try HBO or AMC, and hire Stephen King. HOSTAGES: Okay, truth time. We knew this one was going to be bad from the start. Yes, Toni Collette is amazing, but Dylan McDermott is, well, not so great. The series centered on a doctor whose family was held hostage until she killed the president. While the premise is exciting and sexy, it’s not really sustainable for longer than a two-hour movie, and the CBS series tried to stretch it out for fifteen episodes. We’re not trying to pick on but CBS, but what they know how to do is police procedurals and comedies. Gritty dramas? Not so much. The series stretched on too long and some of the acting was, well, ‘off’ is probably the kindest word. Because of the type of series it is, you know that even if someone gets shot, they’re not going to die. And obviously the president can’t die or else the show’s over, so the stakes were never really that high. Even when they shot the dog, it turned out to just be a ruse. And the twist that McDermott’s character was really an FBI agent? Not enough of a twist to save an already drowning show.

What could they do next time? Make it a short miniseries or an HBO movie. 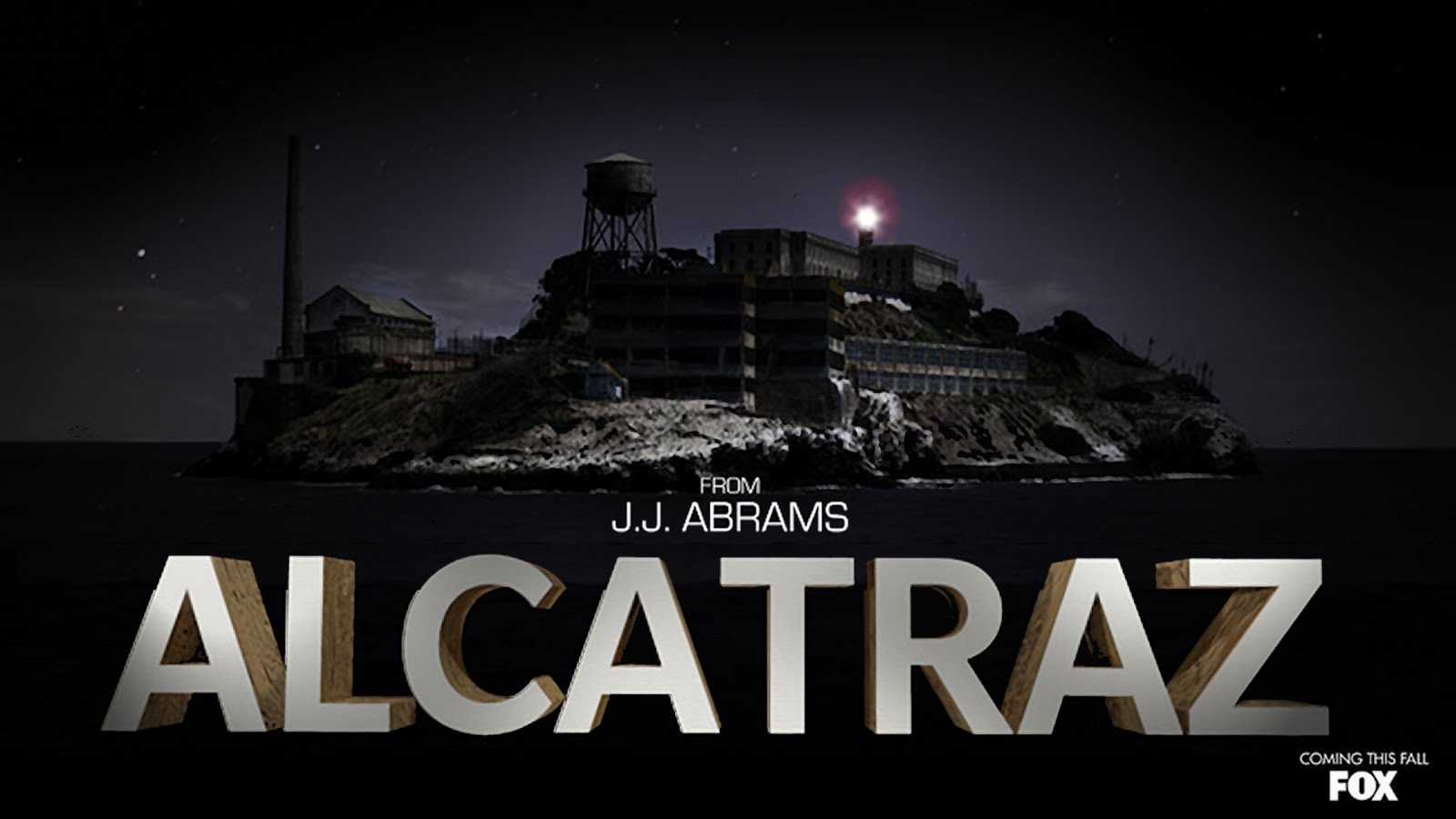 ALCATRAZ: After the massive success and cultural phenomenon that was “Lost,” the world (and J.J. Abrams) was looking for a follow-up to be just as successful. Enter “Alcatraz.” Starring “Lost” fan favorite Jorge Garcia (Hurley), the series followed a rookie cop and a comic store owner who get caught up in a time traveling conspiracy involving Alcatraz prison. They had the thematic elements and mysteries reminiscent of “Lost,” but the show didn’t resonate with audiences the same way. For the few of us who watched the show, no, it wasn’t great. The premise was a bit silly but on the whole, solid…if you like that kind of thing, and if you’re a “Lost” fan, chances are you do. The situations were often too outrageous to be believable and the main character (played by Sarah Jones) was annoying more often than not. And as much as we loved Hurley, he’s not nearly enough to carry a show by himself. The time-shifting thing, while interesting, seemed too convenient and the situations never seemed to hold much weight.

What could they do next time? Make the plot and characters more convincing and re-cast Sam Neill as the lead.

FLASHFORWARD: Yet another tribute of sorts to “Lost,” “Flashforward” started with a global event – the entire world blacking out for two minutes and seventeen seconds. During the blackout, everyone saw a vision of what they would be doing six months into the future – a kind of reverse deja vu. As rabid fans of “Lost,” we loved this series. The premise was interesting and mysterious; the characters were well rounded and complex. And there was a giant mystery to unravel as the series went on (you know, if they ever got around to answering any questions…) Of course, another “Lost” alum, Dominic Monaghan, was there to lend similarities between the shows. While we didn’t agree with the decision, “FlashForward” was cancelled after just one season. The actors weren’t great – if you’re going to cast Joseph Fiennes, he should be able to keep his accent – and there were more questions posed than answers revealed (nope, they never got around to answering anything). The ratings were never great, but nor were they terrible. As far as we can tell, “FlashForward” failed by virtue of being too similar to “Lost.” Maybe people were still bitter about the series finale or maybe they just couldn’t figure out how to work their DVRs, but we’d be willing to give this one another shot.

What could they do next time? Try, try again…maybe with more accents?

DOLLHOUSE: “Dollhouse” had perhaps the most philosophically, psychologically, morally, ethically fascinating premise of any television show ever. Scattered across the world are mysterious, hidden businesses where men and women have signed contracts to work for three years as “dolls” — blank slates of people with no real higher thought or memory, who can be temporarily programmed with whatever personality or memory a client asks for. Some clients use the dolls for sex, but others have more complicated needs. From the mind of “Buffy the Vampire Slayer” and “Firefly” creator Joss Whedon, “Dollhouse” didn’t look or sound much like Whedon’s previous shows, but despite the lack of snarky one-liners, it was undeniably compelling. The very concept raised profound questions — about the nature of identity, the boundaries of consent, and the limits of what can and cannot be bought and sold. But in the 13-episode first season, only a few episodes — “Haunted,” written by Maurissa Tancharoen, Jed Whedon, and the venerable Jane Espenson, and “Omega,” written and directed by Tim Minear, chief among them — fully engage with those questions and all their implications. Every episode of “Dollhouse” should have been both devastating and disturbing, but many episodes merely scratched the surface of the show’s sad, creepy concept. After the first season, showrunners Elizabeth Craft and Sarah Fain left and were replaced by Michele Fazekas and Tara Butters, and the focus of the show shifted from mostly self-contained case-of-the-week stories to long-term conspiracy plots and, eventually, an epic post-apocalyptic arc. This may have been a necessary move — there was no way that the case-of-the-week structure could last long term — but it was a sudden one, and since the show only lasted one more season, the long-term arc was very rushed, and never really gelled with the show’s philosophical core.

What could they do next time?  Plan out the long-term arc before they start, secure a solid five-season contract to enact it, and then up the stakes of the client-of-the-week plots gradually, so they don’t feel so disconnected from the long-term conspiracy/myth arc plot. Also, head to AMC or FX, where the executives won’t be scared by the show’s difficult themes, and the series will have time and space to grow.

THE RIVER – Again, in a post-“Lost” TV landscape, ABC decided to test the limits of supernatural/mysterious storytelling with “The River.” The “Blair Witch Project”-esque show was presented as a half reality series/half supernatural drama. It followed a documentary crew on a boat in the Amazon in search of a missing TV explorer, with his estranged son leading the investigation. It was creepy but not too creepy; intense and exciting enough to be intriguing without the scares you would get from a traditional horror show. Unfortunately, the episode-to-episode plotlines were a bit outrageous and the characters, because they were just out of reach emotionally, were two dimensional and cliched. Although the premise is alluring, the execution just wasn’t there and the series was cancelled after one short season. For a time, Netflix was in talks to continue the series but, alas, it looks like it’s been sold down the river.

What could they do next time? Make it more of a character study with a few mystical elements thrown in, rather than the other way around.