Tweetable Takeaway: Agents of S.H.I.E.L.D. stays amazing as it barrels towards its mid-season finale with a plot-heavy action episode.
Tweet

AGENTS OF S.H.I.E.L.D. manages to cram about five plotlines into 42 minutes, tie them all together, and even throw in some interesting character development as we barrel towards the mid-season finale. Here’s everything we’re dealing with, count on your fingers with me: Whitehall’s mysteries (including cameos by Agent Carter), Skye’s father, Ward and his brother, Coulson’s alien map, Bacchi’s interrogation, and I’m personally including Fitz’s existence on the list. It takes more than one hand to hang on to all that, and I’m sure I’ve left things out! 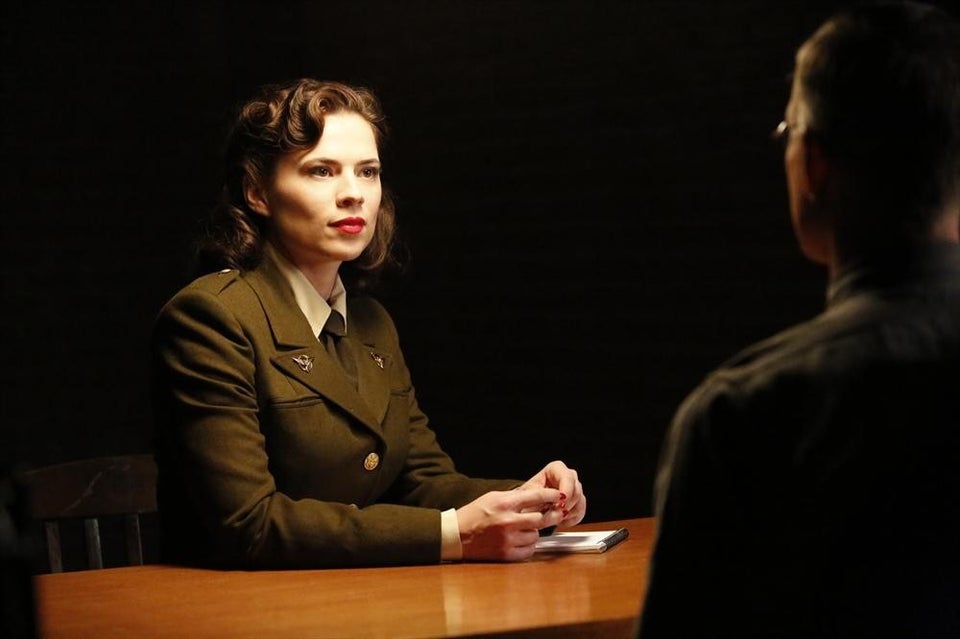 In World War II flashbacks, Whitehall is forcing people to touch the Obelisk/Diviner. Enter Dichen Lachman (Dollhouse in the house!) whose appearance (aside from me shouting “DICHEN!” at the top of my lungs) was a serious signal. “Please, be Skye’s mother,” I begged the television. “Please.” For a full hour I begged my television. Lachman’s character is immune to the fatal effects of the Obelisk/Diviner and, in true Nazi style, Whitehall decides to dissect her but is interrupted by Peggy Carter’s arrival. Whitehall’s talks in the present with Skye’s father reveal that the Obelisk/Diviner is in fact a key to whatever city Coulson is hunting. Whitehall also is released from Carter’s prison by Director Pearce (Hydra top dog from Winter Soldier) in 1989 (a year that should be a hint), finds Lachman who hasn’t aged a day, and proceeds to dissect her in some seriously graphic medical montages. Admittedly, Carter’s appearance in the episode felt more like a ploy than anything substantial. The exposition could just as easily have come from something other than interrogation flashbacks. I’m not complaining–I never complain about having to watch Hayley Atwell–but it still felt a little cheap. Maybe I was just too jazzed about it and expected something more.

What I did enjoy was Simmons’ fangirl moment over holding a file that Agent Carter herself had touched. In fact, I quite enjoyed the large quantity of archival boxes strewn all over S.H.I.E.L.D. headquarters with everyone buried in important research. I’m an archivist in the daylight hours. Things like that get me excited. Mack manages to slip in his suspicions about Coulson’s sanity, which is getting Mack the side-eye from me. At some point Mack’s trust is going to be crucial and it won’t be there. Sowing the seeds of future dissent, I see, S.H.I.E.L.D.

Headquarters also has Bobbi interrogating Bacchi. Adrianne Palicki continues to delight as Bobbi Morse who is a thick layer of charm over a constantly unknowable core. Bobbi gets most of the major character interest this episode, casting some doubt on whether she’s 100% on the up-and-up with what she may or may not have done to get into her undercover position with Hydra. Bobbi and Hunter’s constant bickering leads to a quickie in the backseat of an SUV. I’m game. Bobbi was interesting from the get-go, but something about Hunter’s reluctantly mooning after her really fleshes out his character. And I’m glad we have more interpersonal relationship drama to concentrate on than Fitz and Simmons. Shine the spotlight on them too hard and I’m afraid things will break even worse.

So much of this episode is setup for the action-packed back end. Coulson takes Skye, Tripp, and Fitz out in the Bus on a mission, giving them hilariously cryptic James Bond-style spy assignments. Fitz (my main priority here, not gonna lie) is tasked with assembling a device under a time limit and is told by Coulson to “practice.” Insert some montages that make you root for Fitz so hard it hurts. Once Fitz’s device is installed at the super-secret facility, it should allow Skye to hack a major database and Coulson and Tripp provide cover in an unexpected firefight on the mission. Tripp is wounded and who should appear but Skye’s father, the Doctor! Kyle MacLachlan plays with the fine edge between crazy and cogent in every appearance, a psychotic rage and complete amorality just barely contained. I have way too much fun watching him. He trades Tripp’s life for his own escape, drops some comments about Skye, and hints at what he knows about the Obelisk/Diviner and the aliens involved. It’s all very tightly plotted and ties half the plotlines together in a neat bow. 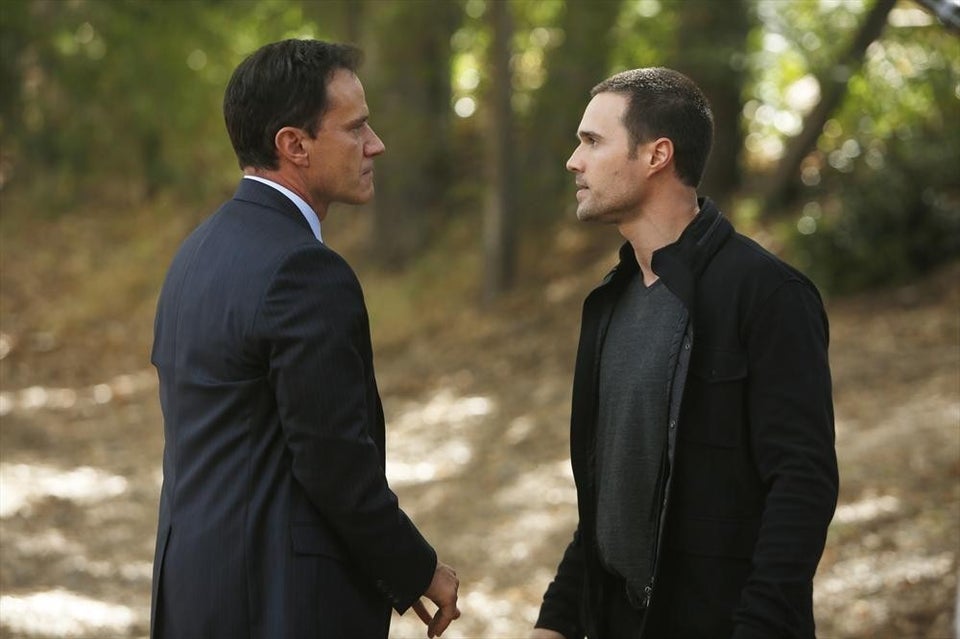 I know Ward is supposed to do “redemptive” things to make me like him, but a bit of self-serving, agenda-furthering revenge is a-okay with me. I’m still all aboard the Ward train. Ward kidnaps his nefarious Senator brother Christian, forcing him to confess to the terrible things he made Ward do in their childhood. Christian’s constant double-talk and gaslighting of Ward creeps me out to no end. Oddly, I was perfectly fine with the nice-y nice fakeout of Ward forgiving Christian with a brotherly hug. But I felt way better at the end when Ward had lit his entire family on fire and gone to Daniel Whitehall. Why? Because a.) closure, thanks (it was the very act of setting the family home on fire that had gotten him packed away to Juvie and into Garrett’s clutches), b.) now he’s Coulson’s inside man at Hydra–even if Coulson refuses to acknowledge any affiliation with Ward. Ward also ends the episode sitting right across from Skye’s father, and finding him, I’m sure, was one of his major goals. Man, I love Ward. He’s got so many angles I’m sure I’m not managing to keep track of them all, but that’ll just make it more fun when he surprises me.

Basically, even with so much going on, Agents of S.H.I.E.L.D. continues to impress, entertain, and keep me desperate for more. Fitz goes out in the field, doesn’t get shot, and successfully completes his mission because he’s awesome and he’s truly getting better. (I can only presume all the FitzSimmons drama is getting dragged out to increase the anticipation and the emotional devastation when they finally address it.) Tripp gets something to do (I’m being sarcastic–I’d prefer if Tripp’s “something to do” was more than getting shot!) There’s already a match on Coulson’s alien map. Bobbi and Hunter are a wonderful item. And to top it all off: Lachman was indeed Skye’s mother! Fist pump from me! Now I’m utterly intrigued. She could spend 50-some years on Earth without aging and whatever Whitehall discovered about her is what he used to reverse his own degeneration. So what about Skye’s father has seen him age? Is he that unhinged that his alien mojo no longer works? Questions, questions, and more questions. But pleasant ones. I’m excited to get some answers, in due time. It’s evidence of how much this series has grown that I’m just as excited to wait for them. Anticipation is three-quarters of the fun.