We say farewell to a couple of beloved characters this week on BOARDWALK EMPIRE. Both of their exits were perfectly staged and crafted to accentuate their different character traits. We now have two episodes left after tonight, and what’s coming is sure to be violent.

All week I’d been looking forward all week to seeing how Van Alden and Eli could possibly pull one over on the Capone gang and get away with the ledgers without getting themselves killed. True to Van Alden’s awkward and contradictory nature, things did not go off as planned. The bungling was epic, and the planning that went into the operation was very slight. Both men lacked the confidence and the assured manner that could make a heist like this come off easily. I was truly surprised D’Angelo didn’t give them real cash to make the drop, so if someone interceded, there’d be some weight to the reality of what they were supposed to be doing. If it appeared legit and was scuttled, they would still look innocent enough to attempt it again at a later date. Instead they came off as a couple of morons with a satchel full of shredded newspaper instead of money.

I for one thought D’Angelo would get them out of this jam, but instead Van Alden and Eli got D’Angelo out of a pretty sticky situation. True to Van Alden’s righteous nature, when Capone puts a gun to his head for the second time this season, Van Alden reacts violently. I believe Capone’s life was on the line if it weren’t for D’Angelo’s bullet. The irony of the situation is that because of his action, and Eli’s story about Elliott Ness, D’Angelo still gets what he wants … the ledgers. Eli is left swinging in the breeze though. Are the murder charges still hanging over his head from Atlantic City? Can he return to Nucky and his family? If he does will his wife even take him back after the awkward dinner party at Van Alden’s place? 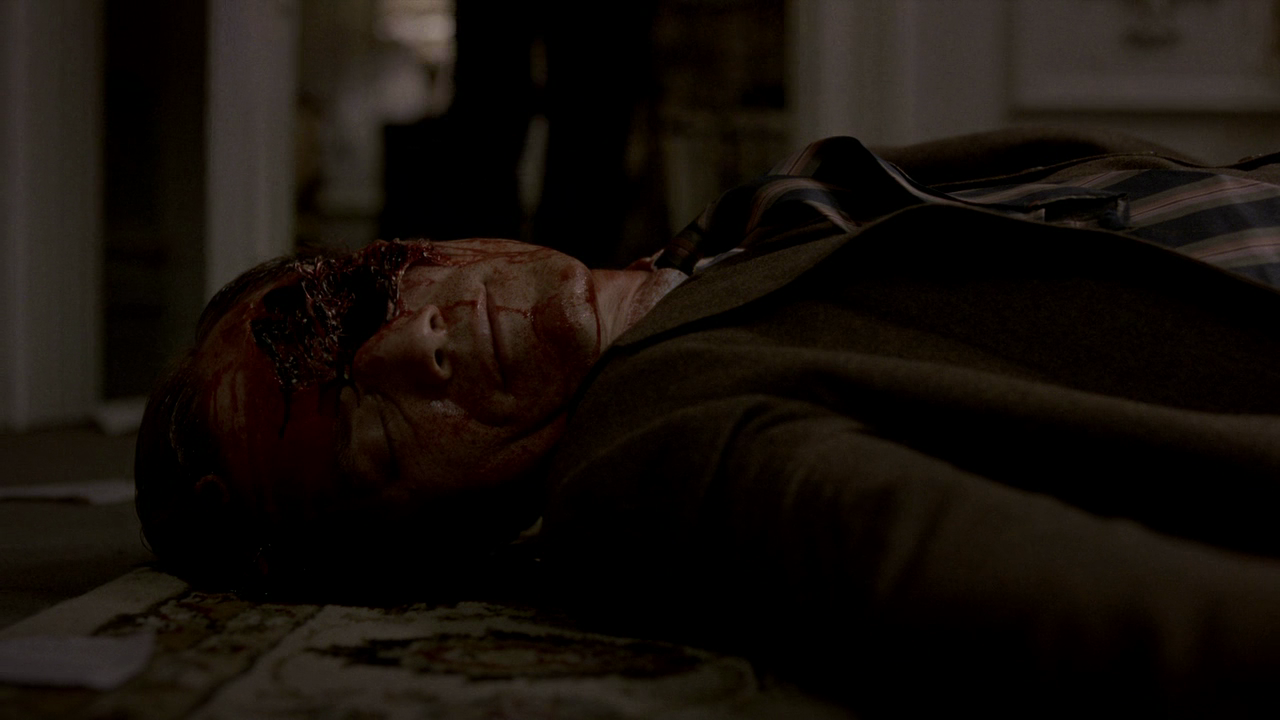 Just like the rest of the season, we see flashbacks to a younger Nucky peppered throughout the episode. They show us things we already knew, such as Mabel being pregnant and seemingly a little unhinged, The Commodore taking in some very young girls, and Nucky trying to get a foot up but not being taken notice of. The only bit that seemed to be of any real interest was seeing how Nucky and Eli first met Gillian. It proves that the letter Nucky received earlier in the season really was from her, and I’m guessing somewhere in the next two episodes we’ll see how Nucky gave her over to The Commodore.

The real prize of the episode truly is Chalky White. When we last saw him, he was in a brothel owned by Narcisse where he stumbled upon his old flame and what appeared to be the child he had with her. It had been assumed that the power Narcisse wields would be used to keep Daughter from having a singing career, and it’s true. The happenstance of her being in the same place as Chalky is to beg for her freedom to sing again. Chalky always had a nobility to his motives. In the past, the things he did were for his family, to give them a better life than he had. So it’s no wonder that when he comes seeking vengeance, he instead sacrifices himself for the woman he loved and the child that is his. When you make a deal with the devil, you never know if you can trust them. This was no different. Does Narcisse keep his word, and finally let Daughter and her child go? Or is he the same manipulative son of a bitch he’s always been? 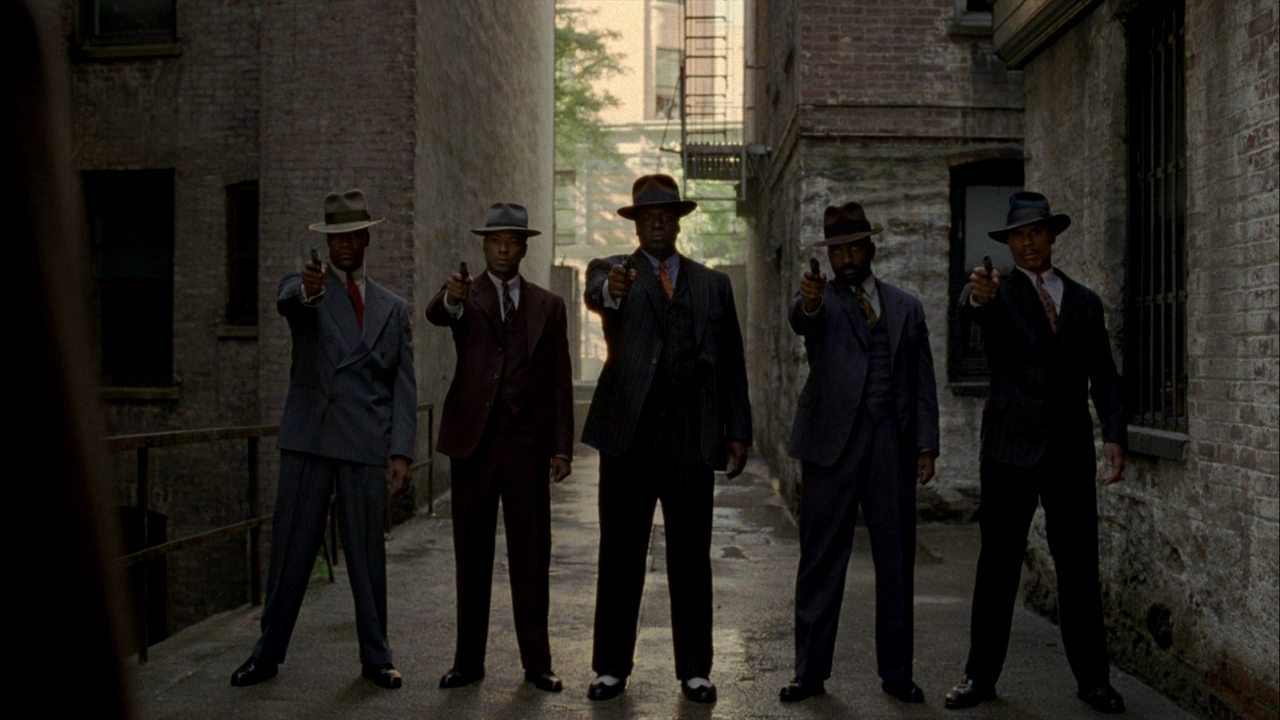 Thoughts from the Boardwalk:

–  With D’Angelo now having what he wants, I think we can close the chapter on Chicago. I doubt we’ll see anymore of Capone, unless it is just a quick scene of him being hauled off to jail. This should have happened sooner, as the whole Chicago episode was just a dead end. We could’ve done without almost all of it and the show would not have suffered one bit.

–  Young Nucky meeting Gillian was an interesting thing. I would guess after he figures out The Commodore’s tastes run to very young women, he’ll use Gillian to his advantage. She’ll be the leg up he needs to lead him to where we find him today. If he hadn’t sold Gillian out, he would have nothing. It’s clear he regrets this now, and his drunken ordeal this episode just solidifies how awful he feels inside about all of the people who lost everything to get him where he is. Don’t get me wrong, he’s still a selfish guy, but underneath it all is a lonely guy looking for a way out.

–  How does Gillian get her revenge on Nucky? I really don’t see her getting out of the asylum, so I have a hard time imagining how she’ll come in to play again.

–  Chalky’s death was superbly handled. I loved when he told Daughter that the only thing that helped him get to sleep all those years was imagining her singing, but that he realized he forgot how she sounded. The record she brought helped him remember, so when Narcisse’s crew turns on him he closes his eyes and hears her voice before the bullets tear the life from his body. The sound of a record at the end of its side repeating over and over was a hell of a way to exit this episode and this character.

–  Doyle has an army of gunmen at the ready, so Nucky can send a message to Luciano. I don’t’ think Luciano dies before the end of the season, so what’s going to happen? Does Nucky march into New York and give them all hell? Or does the whole gang go out in a blaze of glory?