Tweetable Takeaway: Nucky loses everything, but may gain exactly what he wants in the end.
Tweet

This episode of BOARDWALK EMPIRE finds Nucky in a precarious situation. As everything crumbles around Nucky, he strives to play a winning hand so he can cash in his chips right before closing time.

One thing I haven’t really understood about Nucky is how he really lacks a crew. In the beginning he had Eli and Chalky to back him up, but when those allies disappeared he was left with what … Doyle? Doyle is an idiot. He’s Bugsy Siegel without the backbone. All noise and no purpose. Clearly Nucky is a powerful and wealthy man. With that power and money he should be able to command loyalty enough to have some protection for himself and his business interests. Capone has a tight knit crew, Luciano has Lansky and Siegel, and Maranzanno has his entire Sicilian group to back him. So please explain to me why Nucky only has Doyle and his bodyguard Archimedes, both of which eat bullets in this episode.

The war with Luciano is not going well. Luciano’s crew has been torching Nucky’s liquor and killing off his men. Maranzanno and Nucky are trying to deal with the Luciano problem, but are getting no help from Chicago. It would make way more sense to me if Nucky had killed Siegel instead of kidnapping him. It would have sent a message of power, instead of the message of weakness it conveyed. It left the door open for Luciano to kidnap Nucky’s nephew William. The vulnerable position this left Nucky in, set him up for the double cross which opened him up to lose everything. 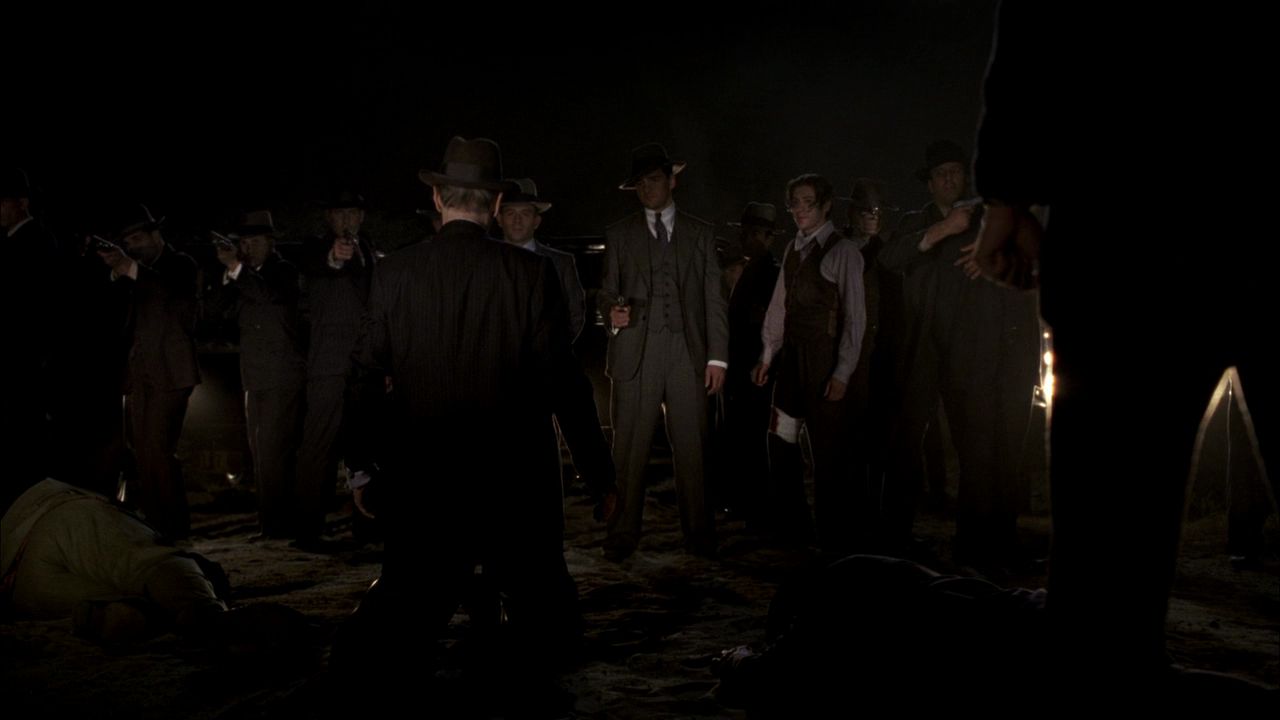 We’re seeing a Nucky who’s lost his entire empire, all given up for the life of his nephew and the elimination of Maranzanno. Here’s what really bothered me about the logic of this episode; If Nucky’s crew could waltz right into Maranzzano’s office and take him out that easily, why couldn’t they do the same to Luciano or Lansky? It doesn’t make any sense. Maranzzano had a much bigger crew then the upstarts, and yet Eli and friends can walk right into his office and take him out? I don’t buy it for a moment. Chalk it up to the convenience of the scriptwriter. This was the easy way to write around a storyline problem, but it wasn’t the convincing way.

I will give it up to the writers on the fitting manner of Maranzzano’s death though. For a guy who annoyingly quotes Caesar all the time, it was quite apropos for him to have his hero’s death. A group of supposed IRS bureaucrats (really Eli and his men) each take turns stabbing him to death. E tu, Eli? It was a nice touch to what was an otherwise unfulfilling turn of events.

So now that Nucky has lost everything, where does that leave him? Living in the gutters trying to make his way in life all over again? Not so fast. You may remember a little phone call between Margaret and Nucky about short selling some stock. Did you catch what stock it was? The Mayflower Grain Corp. This is the group Nucky met with earlier in the season who rebuffed his advances. They’re buying up distribution rights for liquor, and once Prohibition is repealed the company is going to be worth a lot of money. Nucky is on his way to shorting 100,000 shares, so I’d wager to guess that even with the loss of his illegal empire, he’s going to be flush with legitimate money once everything is over and done.

This episode was again rife with flashbacks to younger Nucky as he’s taking his place in the Commodore’s organization. We also get to see more of how Gillian and Nucky met, with tinges of how he’ll end up betraying her added to the mix. This betrayal has stayed with him from the beginning, just one of many dark shadows hanging over his life. The letter she sent him from the asylum was an invitation. Gillian is inviting her to save him from that retched place, to make amends for what he once did to her. Will he do it? Can he redeem himself now that he has no gangster crap hindering him? With one last episode left, I’m sure we’ll find out. 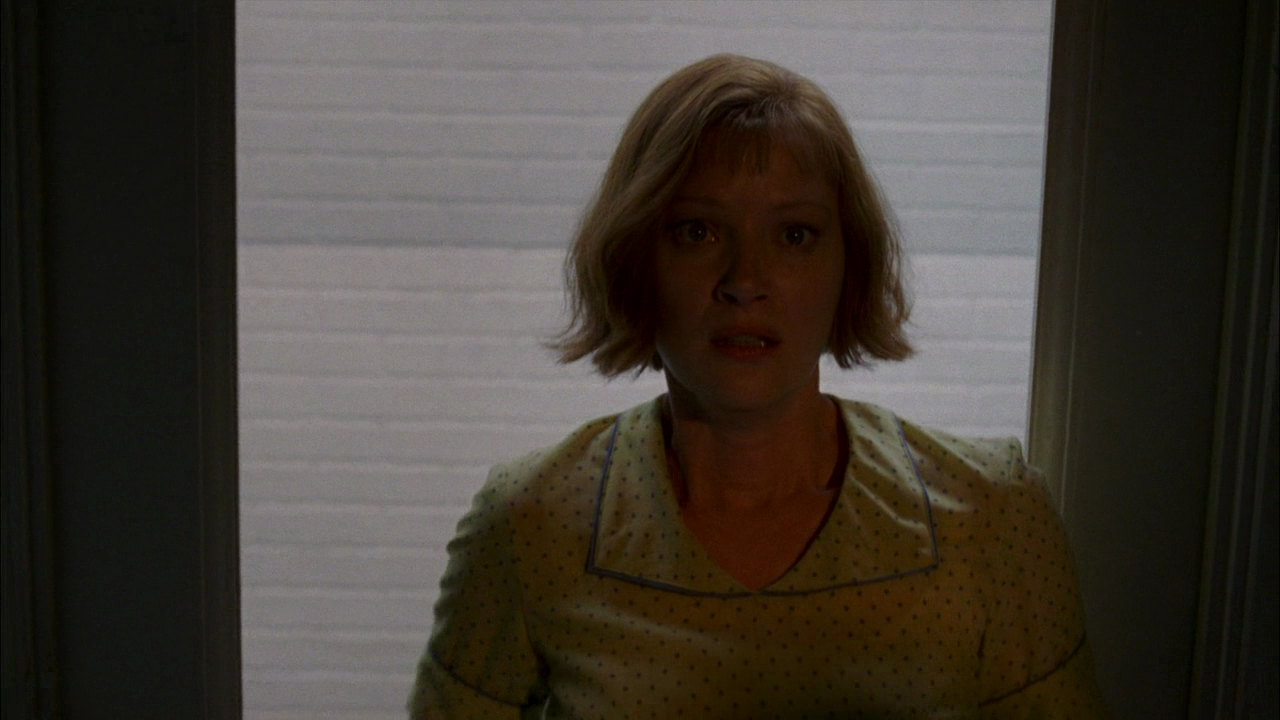 More thoughts from the Boardwalk:

–  The kid who Doyle hired who’s like a younger version of Nucky, Joe Harper, is rumored to possibly be Jimmy Darmody’s kid returned to take vengeance on Nucky for killing his dad. It’s possible, but I’m not sure he’ll kill Nucky. I think Gillian and Joe will possibly be reunited, and the money from the Mayflower Grain Corp. stock will be the seed money to help them start a new life.

–  De’Angelo finally has everything he needs on Capone to arrest him for tax evasion. These detailed books will most likely include interactions with Luciano, and drag him down into a jail cell along with Capone. Where will this leave Nucky in the mix? I’m not sure Nucky needs anything after his stocks blow up in value.

–  Narcisse on the other hand has a bone to pick with Luciano’s crew. I expect to see the outcome of this in the next episode. If his storyline were left dangling, it would be a travesty.

–  Once prohibition is over, it seems like it leaves brothels and drugs as the only piece of the illegal pie for gangsters to stake claims in that made as much money as alcohol. I wonder if any of this will be addressed?