Tweetable Takeaway: It’s the beginning of the end of “Boardwalk Empire.”
Tweet

Season 5 of BOARDWALK EMPIRE jumps forward in time seven years. It takes a moment to catch up to speed, but once we do, the new dynamics start rolling the story forward.

I’ve been watching this show ever since it first aired. It started out great, but in the last season the show seemed to have lost itself. I’ve been hoping it finds itself again in this final season, but it only has eight episodes to do so. It’s always hard to judge a season by one episode, but I’m puzzled how Terry Winters and company are going to reach a satisfying ending with only seven hours left. 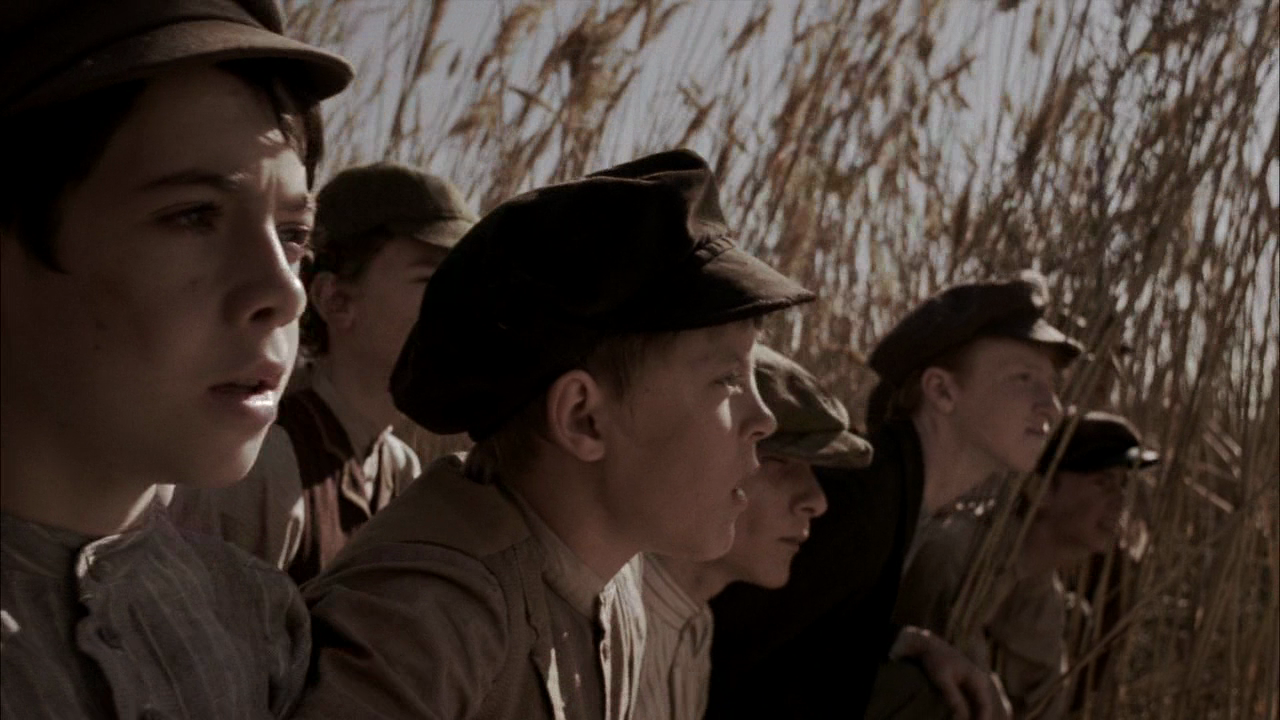 The episode meanders a lot, mostly in and out of Nucky’s reminiscences. The majority of the hour is filled with back-story. We see Nucky and Eli, but mostly Nucky, as children. His home dynamic is anything but desirable. He has an abusive father who beats him for trying to reach above his station, a sister dying slowly in another room, and he’s the runt of the kids he hangs out with. He’s too slow to make any real money in all their grafts.

All of this is to show how Nucky’s relationship with the Commodore came to be. It seems like a lot of time to spend in the past, when the future is so pressing. We’re seeing Nucky’s rise to where he is now, which is interesting, but Nucky has never been one to be satisfied. I would imagine nothing would ever be enough for him. There is a hole in his life left from so many aggregated sorrows, his sister, his dead wife, Margaret, Jimmy, and his mother. He’s tried to fill the hole with money, power, and women, but nothing ever satisfies him. I doubt if his future plans will either.

Lets catch up with everyone in the present:

It’s 1931, the stock market has crashed, the treasury department is missing out on all of the alcohol tariffs because of prohibition, and Nucky is in Cuba with Sally working on his next scheme. The U.S. government is moving towards repealing the Volstead Act. It’s out of a lot of money and realizes there is no way to stop people from drinking. Nucky is positioning himself to use the illegal delivery network he has now, to legitimately distribute Bacardi Rum in the U.S. the minute prohibition is repealed. He hopes to make an honest man of himself and reap windfall profits. Nucky still has politicians in his pocket, and hopes to push legislation to help himself yet again. 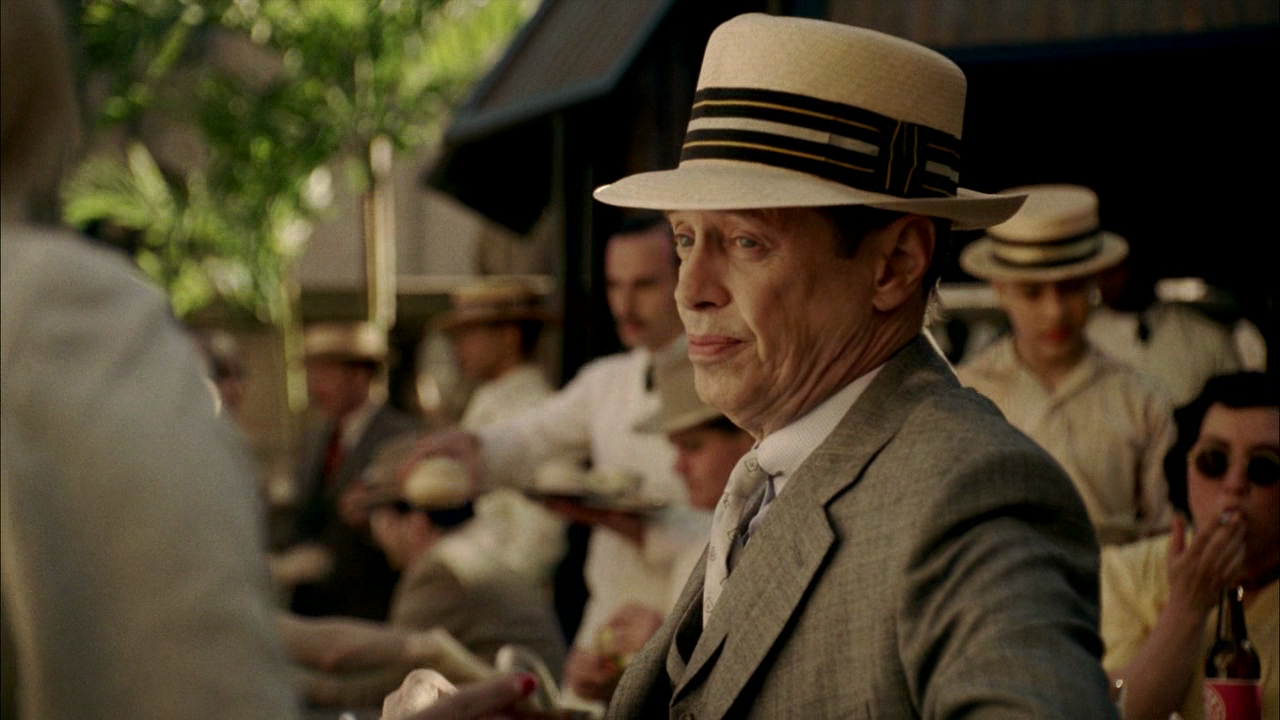 Chalky has fallen so far in life. His once prominent position in Atlantic City has now been replaced by working on a chain gang. We have no idea what Chalky did other than he “got caught.” He’s able to escape during a prisoner riot, and ends up with another guy on the run. Where are they off to? We have no idea at this point.

In the wake of Arnold Rothstein’s death, we find Lucky Luciano still works for Joe Masseria. This is only momentarily, since he has Joe murdered and swears allegiance to the rival Italian gang. What happened to his old business partner? Meyer Lansky conveniently runs into Nucky in Cuba while posing as a vacationer with his wife. Lansky plays it off as coincidence, but later there’s an attempt on Nucky’s life. He survives it, but Nucky later finds out the wife was just a prostitute Lansky hired to pretend to be his wife. It was all a ruse. Are Lansky and Luciano still in cahoots and working opposite ends of the spectrum? Is this a plan they have for eventually taking over as a pair? Time will tell. 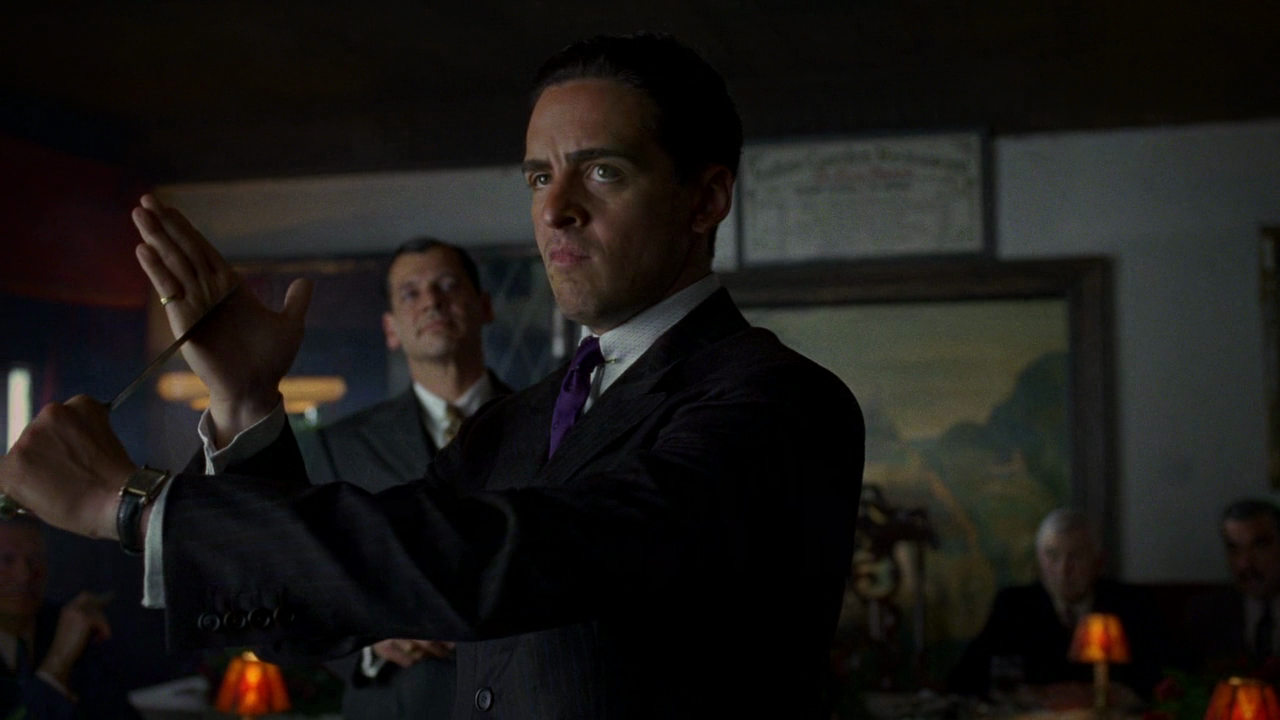 We last saw Margaret working a scam with her employer. Seven years later she’s still there, but things are bad financially. Her boss shoots himself in the head while addressing the entire staff. Her job is now up in the air, and her involvement in the scam could get her in trouble.

More thoughts on the Boardwalk:

–  What we don’t see during this meandering episode is more interesting to me. I’m over Margaret, and so is Nucky. I’m not sure why we’re still spending time with her story. What’s happened to Eli, Van Alden, Al Capone, or Narcisse? Will we find out? I sure as hell hope so. Narcisse was one of the best new characters on the show. Hopefully they all get their moment in the sun before the curtain falls.

–  With so much time wasted in this first episode flushing out Nucky’s childhood, how will all the loose strings be tied up?

–  I thought last season, other than Narcisse, was a complete waste of time. Hopefully I will not be left with the same dissatisfaction at the end of this one.