Airtime: Mondays at 8/9c on ABC

A bit of a switch up on tonight’s episode of CASTLE. Esposito took center stage, and while the team was investigating a case of a man shot in the park while enjoying his coffee, Espo ended up being taken hostage on the subway with their main suspect – who seemed to have a mysterious agenda. Castle, Beckett, and the team were grateful to be able to watch him on a surveillance video that was streaming their ordeal, especially Lanie, who was relieved to see that there was a transit cop on the train with him.

The episode focused on the team working from the outside on who this guy is, and Esposito working from the inside with his new friend on how to get themselves, and the other passengers, off of the train, which included a pregnant lady and a salesman who tried to negotiate with the shooter, unsuccessfully. Eventually the shooter (who seems to have an asthma problem), shows Esposito that he has a bomb attached to him, and he holds the “dead man’s switch” that could determine what happens next. A plan is communicated with the HRT squad via pizza (craving a pizza, anyone?), and they board the train, but the bomber finds out, and shoots out the camera. Plan foiled. Good trick with the pizza, though. The bomber makes a request for his girlfriend, Erin, to be let out of prison and sent to the Maldives in return for the safety of the passengers. 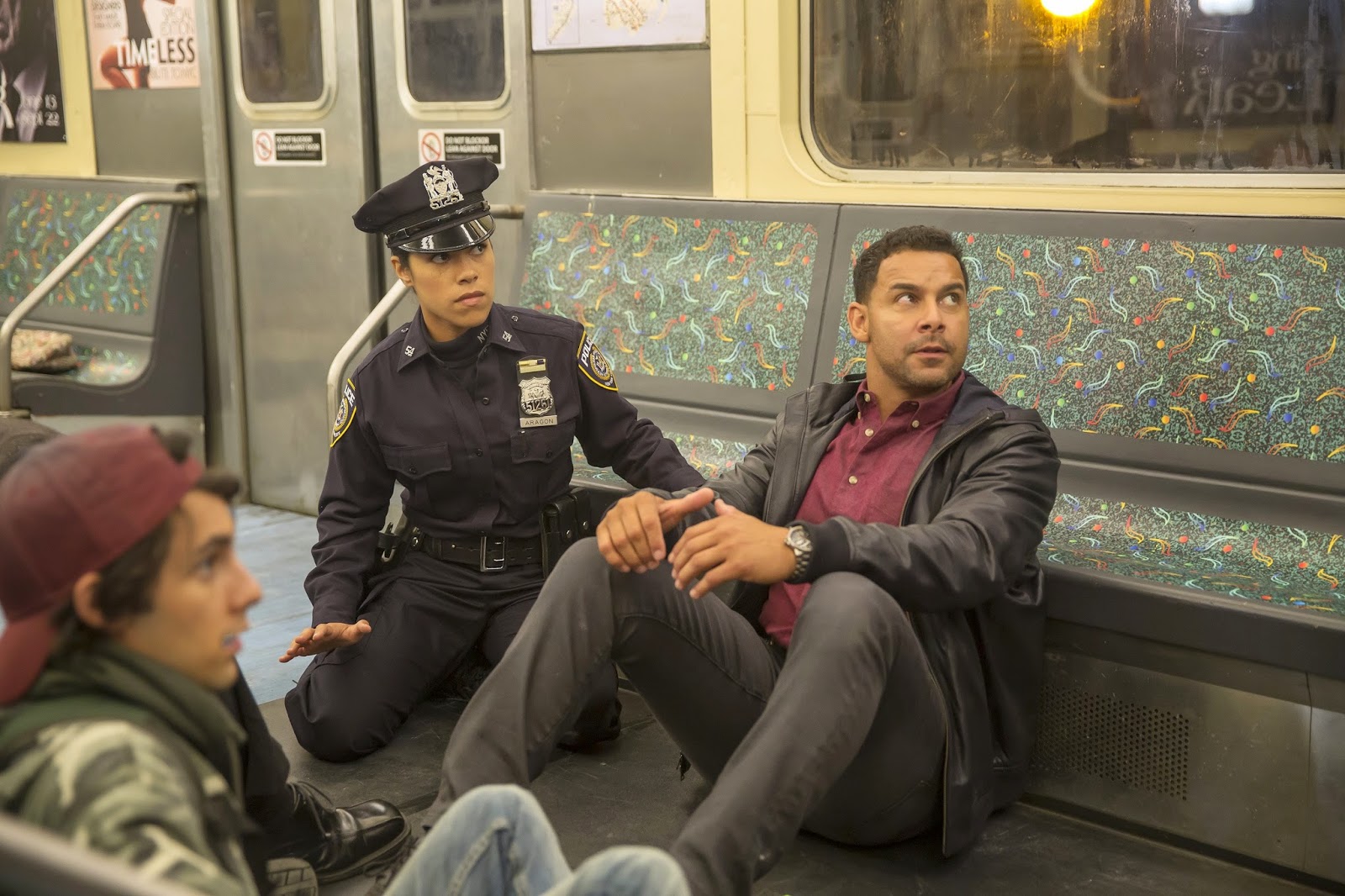 Back at the 12th, Lanie is worried sick, Kate is trying to comfort her friend and figure out what happened with the help of Castle and his crazy theories, and Ryan doing the outside work. Lanie realizes that the bomber kept getting sicker throughout the video and something must be in his inhaler. Turns out, the bomber had unknowingly been exposed to a volatile flu strain, for the purpose of sparking an epidemic, and making the lab that our victim was investigating, rich. It’s always about the money, isn’t it?

Espo and his new friend, the transit cop, are quick on their feet and jump the guy, tying his hand with a shoelace to secure the switch. By the end of the episode, the flu strain is contained, we get a nice scene with the cop and Espo, and Castle invites the team out for drinks – on the house. I have a feeling we may see some little Esposito’s running around soon – after he commented to Ryan about how his “biological clock is ticking.”

A good episode, I found myself intrigued in the case, and seeing another character shine was a nice change of pace. Next week: Superhero’s! How did you like this week’s episode?