Tweetable Takeaway: You don’t mess with the ‘Castle’s’ after last night’s episode.Tweet

In what was definitely my favourite episode of the season so far (besides the wedding, of course!), and written by series creator Andrew Marlowe, CASTLE continued his game of cat and mouse with 3XK and Kelly Nieman. This episode was Castle at its best, as stakes were raised considerably since the creepy duo kidnapped Beckett, and Castle and the team had to race against the clock to save her. But of course, this was all Tyson’s plan to make Castle suffer before he got him where he wanted to be. 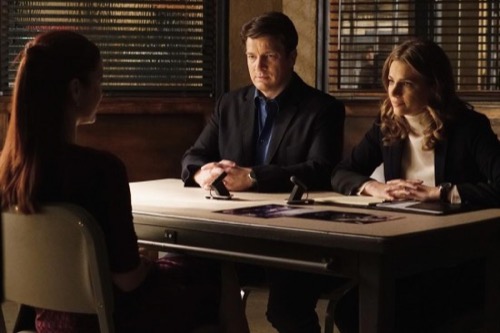 There were so many great aspects of this episode, and Nathan Fillion really brought his A-Game to the show. You could really feel the hurt that Castle was feeling as he searched for his wife, and he really went against all the rules to bring her back home. Here are a few very memorable moments from the intense, heartbreaking, and kick-ass episode:

What did you think?