The 2014 Primetime Emmy nominations are behind us and a whole new set of snubs are in the news (Tatiana Maslany was robbed), but instead of celebrating those deserving nominees, TB Talks TV has decided to dwell on the negative – Emmy snubs of years past.

Agree with us or not, these are a few of our most heartbreaking snubs:

SyFy’s BSG reboot got a lot of attention in genre circles–it won a Hugo and even a Peabody Award–but it had less luck with the Emmys, getting only two directing and two writing nominations (and a slew of special effects noms, of course). It only ever won for effects. The writing and directing nominations we can live with, but it’s nigh criminal that there was no recognition for Mary McDonnell, Edward James Olmos, or James Callis, and there were definitely a couple seasons where it should have been up for Outstanding Drama Series. This one’s especially grating, because it seems like the kind of series that might have raked in the nominations, if it were airing today.

Joss Whedon’s break-out show was nominated several times, mostly for special effects, sound, and make up. (It did garner one writing nomination for season 4’s “Hush.”) It won only twice, for make-up and music composition. It was probably the network and the genre that killed “Buffy’s” chances at the Emmys, but sometimes it seemed like they were going out of their way not to nominate it. In the 2001 Emmys–the year of Buffy’s fifth season, arguably one of its best–“The Sopranos” comprised four out of the five nominees for Outstanding Writing for a Drama Series, with “The West Wing” taking the fifth. We’re not saying “The Sopranos” isn’t a good show, but were there honestly four episodes of it that year that were better than “The Body?” 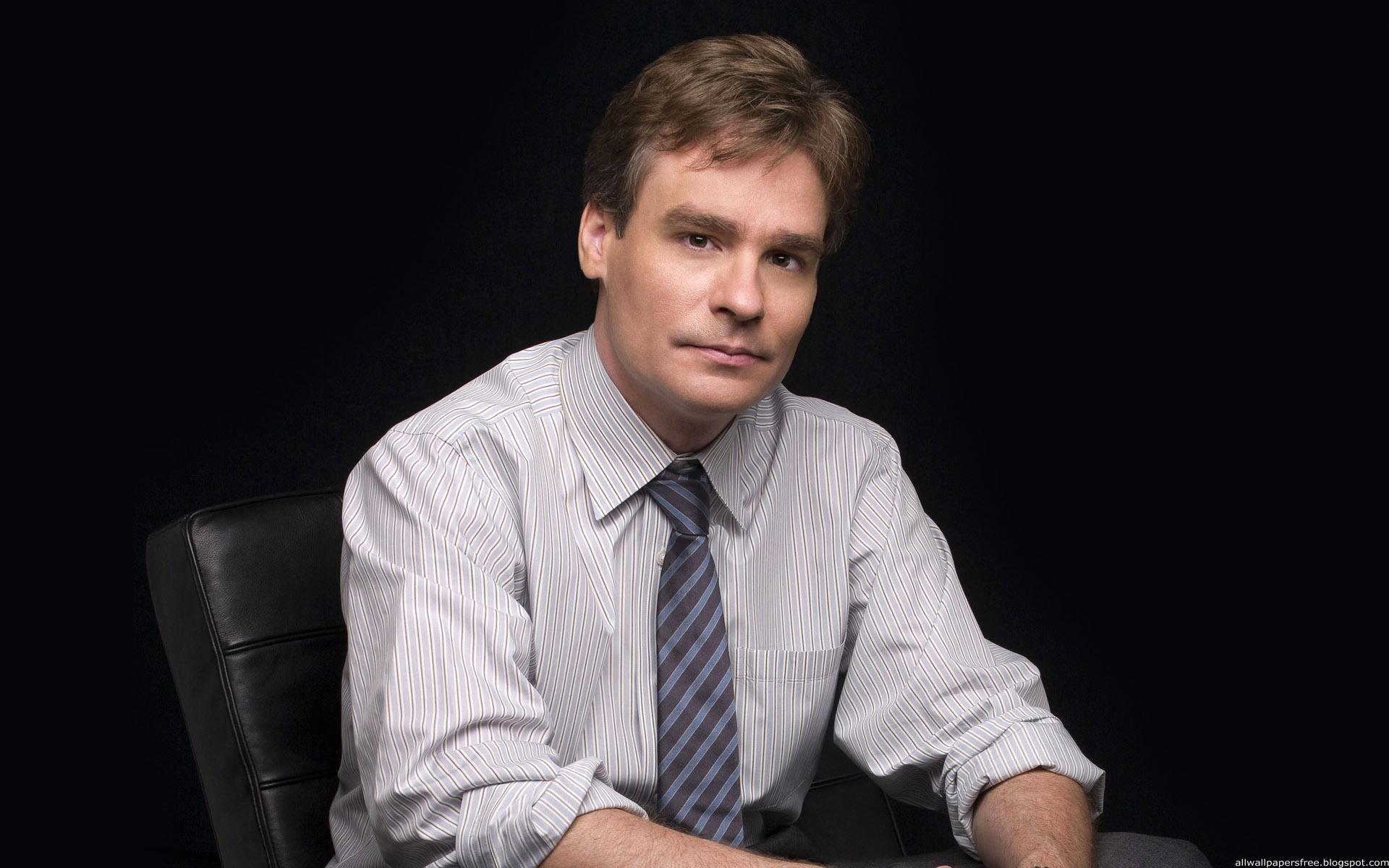 RSL is a Tony Award-winning actor who had the misfortune to star alongside the incomparable Hugh Laurie.  Leonard played Dr. James Wilson, the Watson to House’s Sherlock, and his layered, nuanced performance managed to keep Wilson from being just another of House’s punching bags. Instead, Leonard painted a picture of a sentimental, principled man who was nevertheless just as pragmatic, in his own way, as House.  But he was over-looked by the Emmy voters in favor of Laurie, who racked up six nominations, but no wins.

While “The Wire” is widely embraced as one of the best dramas ever to grace the small screen, it made it through its entire five season run without even a single nomination. It’s true that the show’s writing was nominated twice (and quite deservedly, too), but the show that continually reinvented itself and constantly surprised viewers should have been nominated (and won) early and often. This snub hurts more than when Bodie killed Wallace…and when D’Angelo died…and when Omar died…ok, suffice it to say, it hurt a lot. Sheeeeeeiitt!

Harris was nominated three times for Outstanding Supporting Actor in a Comedy Series. Jason Segel, Cobie Smulders, and Alyson Hannigan? Not so much. Overlooking Hannigan feels especially wrong, considering the depth and charm she brought to a character who could easily have been abrasive and unlikeable. Harris was magnetic on HIMYM, but in some ways he had an easy job, playing a humorous and charming cad; we are, after all, predisposed to like humorous and charming cads. Hannigan played a character who was often selfish and hurtful in much less funny ways, and she did it with warmth and charisma.

Carell was nominated for Outstanding Lead Actor in a Comedy Series six times for his work on “The Office,” but he took the stage exactly zero times.  He even lost out during his final year on the show, when the voters gave the statue to Jim Parsons for the second year in a row. (Parsons would go on to win for a third time, last year.) It’s a crying shame, because Carell is one of the great comedic talents of our time, “The Office” is going to go down in history as a comedy classic, and the Emmys will forever have egg on their face.

Comedian, talk show host, and political commentator Bill Maher has been nominated for 29 Emmys over the course of his career and yet he’s won exactly none.  Zip.  Zilch.  Nada.  Between “Politically Incorrect” (11 nominations), “Real Time With Bill Maher” (14 nominations), and his different stand-up specials, Maher has been getting snubbed for 19 years.  Cutting a divisive figure, Maher is known for his biting commentary, his liberal political leanings, and his critique of religion, and  it really can’t be denied that his unwillingness to “tone down” his viewpoints have cost him when it comes to award shows.

“Roseanne” had a case of “Nurse Jackie” syndrome: The actors raked in a combined total of 18 nominations and four wins, but the writers, directors, and series in general didn’t share in the limelight. Roseanne Barr, John Goodman, and Laurie Metcalf were, of course, instrumental in making “Roseanne” great, but so were the writers and directors, who made the show both distinctive and divisive by delivering a kind of grounded, sarcastic storytelling that didn’t exist anywhere else on television. And yet the series received only one writing nomination and no directing or Best Comedy nominations over the course of its nine seasons. 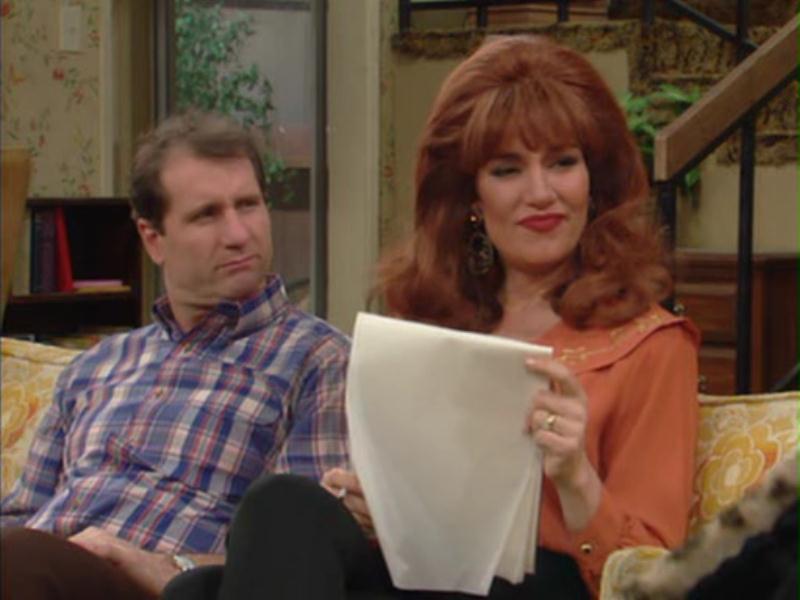 No Emmy love for the show about “love and marriage.” Absolutely none. Is the newly formed Fox network to blame? Or the sometimes off-color subject matter and the unconventional and crass characters? Whatever the reason, the series never struck a chord with the TV academy, but the series lives on in our hearts and minds…mostly because of the hair and costumes.

Who are some of the snubs who hurt you the most?