Here it is – not only one but another two hours of EXTANT this week. I have always wished my favorite TV shows would go on longer, so having two weeks in a row seems pretty great.

We open where we left off, with Sparks seeing his daughter at a young age. The hallucination is telling him that the alien wants out, and that he should take him, because then she can come too. Sometimes hallucinations don’t know best, Sparks. 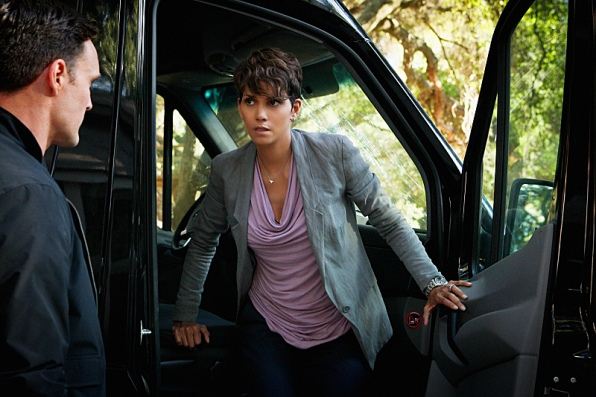 Harmon locks Molly in because he fears she is too close and he needs to get at the ‘thing’ after what it did to him.

Back at the house, Julie’s crazy boyfriend is hanging out with Ethan. This is a bad idea! John asks Yasumoto for his help – which also seems like a bad idea.

We learn a few things from this two-hour episode, and a few key scenes:

-Coming in contact with the circles that we have seen throughout the series means that you will be effected in some way. Some know that they have been changed, and some do not know. The ones that know seem to be able to escape the power of these circles, but the ones who have no idea that they are in danger, and are different, don’t get that far. We learn Sparks is changed, and that he enjoys where he is (he gets to see his daughter, afterall), and doesn’t want it to change. Another surprise? Molly is effected. But how? That’s a big question.

– Molly knows that there are dangers with this new child that she seems to adiment to go after. A mother’s intuition, right? But she also seems pretty eager to save it, regardless of the danger.

-Finding the circles: Back to the doctor – Yasumoto introduces Molly to Dr. Mason to help her find her circles. What exactly does Yasumoto know about these circles? A lot, apparently. 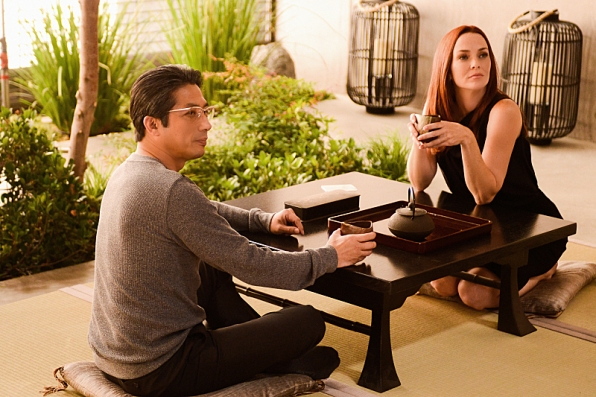 -Sparks wants to protect the circles, after all he is so comfortable with them. He even lets them feed on innocent bystanders. What are these circles, and what do they want? It’s definitely a question of the evening.

-Ethan lets angry boyfriend ‘flip’ him. This was another bad decision! Poor Ethan. Doesn’t know he is with someone who he shouldn’t trust.

-Molly climbs an elevator shaft to escape where she is locked in, proving that some people will do anything for their alien child. She may think it’s a real baby, and has a serious connection with it.

-Oden (bad boyfriend) and Ethan seem to have formed a connection. Ethan, being a young boy, doesn’t realize that some adults do not play nice. He will be a bad influence on Ethan, as he shows him how to play with fire. 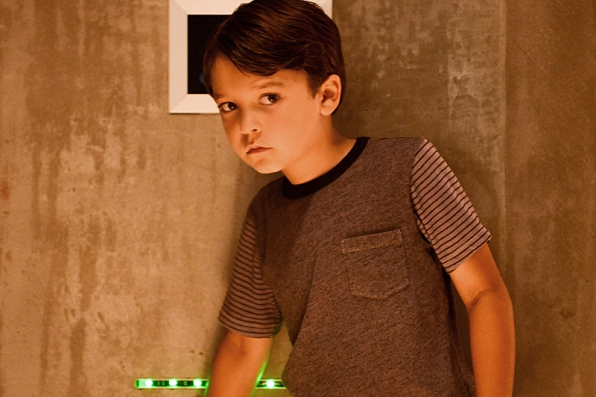 -After Molly’s escape, Yasumoto talks with her and tells her that he took her baby from her. They took away the one thing it needed – its mother. And now it’s out there with Sparks, and as mentioned before, she has a maternal need to save it. Do they really both want this ‘baby’ to live? This blurs the lines of is Yasumoto good, or bad?

-Molly finds Sparks (and his wife, and the hallucination of his daughter), and they come face to face again. She wants to meet her son, and Sparks allows it. This is where we find out Molly is effected by something.

-Harmon is shot, and we are left, yet again, with a lot of questions!

How did you like this week’s episode? How do you think the show is doing? Let us know!