Molly has escaped, and we pick up right where we left off last week in tonight’s episode of EXTANT.

The family is running away, and of course their “friends,” including Alan who tried to kidnap Molly last week, are very concerned about their whereabouts. Their abandoned car is found, and although they left their passports at home, they have seemingly dissipated. So, where did Molly, John, and Ethan go?

On a family vacation, via boat, of course. But not the kind that is relaxing and probably what all three of them need after everything they have been through so far. The family takes a boat over to where we meet Molly’s estranged, recovering alcoholic father, Quinn. After an a family reunion, a hug and a handshake for John, it would seem to the outside world like a normal family reunion. They make plans to stay there for a day while they determine the baby’s DNA – all by themselves. While John is taking her sample, Molly hallucinates again, but he assures her it was just that – a hallucination – and that she has nothing to worry about. 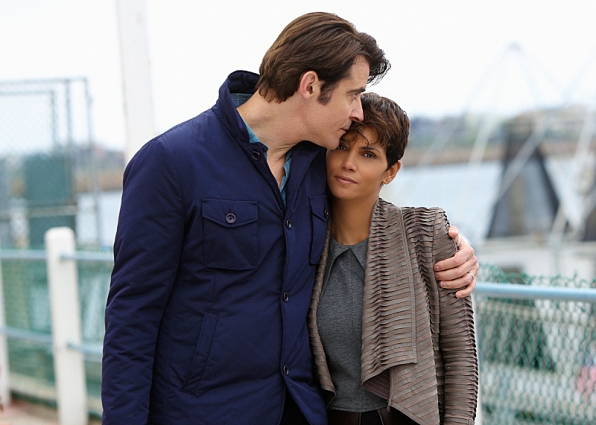 Back at ISEA, Yasumoto learns that his experiments aren’t going so well – one scene where one of his workers dies after taking his mask off, bleeding from his eyes, will now engrained in my mind for a while. Very creepy. After a while, Yasumoto proclaims that time is running out, and Director Sparks spends his time threatening Sam into silence, after she tries to unsuccessfully destroy a sample of Molly’s blood while being detained. He also puts a cyber hit out on Ethan.

Back on the island (saying that reminds me of ‘Lost,’ but I digress), Ethan and his grandpa bond, and a passerby who I swear could be an ISEA agent stops to admire their game. Being the world’s greatest Grandpa, Quinn decides to use his grandson for his own profit, to win bar bets. It goes well – so well in fact that Quinn decides what the heck, it’s just one little drink, right? And he falls off the wagon. Ethan deliberately throws the game at the end, and Quinn becomes abusive on the way home. He steps out of the car for just a second, and Ethan is kidnapped by the ISEA team. 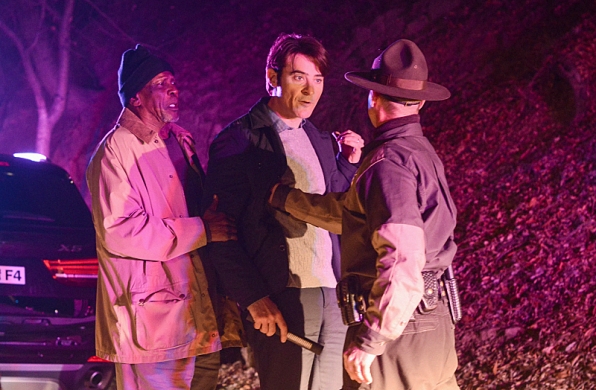 Molly and John are distraught and split up to find Ethan. John asks an officer for help, but the officer refuses to help find a “non-human,” which, of course, angers John, who ends up getting arrested after punching the officer for his comment. It’s up to you now, Molly. She eventually does find Ethan, but their reunion is interrupted by a helicopter flying overhead. The plot thickens.

Molly wakes up on a ship, and the baby is again kicking and making the circular shapes it was last episode. Double trouble: the baby has given Molly the ability to move objects without touching them. She escapes by moving an object and stabbing the guard’s neck, but ends up running right into the hands of Yasumoto. Molly is strapped onto a table, and they begin cutting into her abdomen. A very dark episode, indeed.

Let us know how you liked the episode. Now that we are four episodes in, do you think this show has what it takes to hold on for a season? Did you feel bad for Ethan when he was kidnapped, even though he is technically a robot? It brings up an interesting discussion about how humans interact and react towards machines and robotics.