Conveniently, the next Hall H panel was another one on our wish list – “Game of Thrones.” As you probably know from reading The Tracking Board, we love “Game of Thrones.” It’s a frequent topic of conversation around the office (but we don’t allow spoilers) and a main topic in our “Things We Love” feature. So, needless to say, we were pretty excited about this one.

The panel got off to kind of a rough start with D.B. Weiss and David Benioff, the writer/producers, introducing the cast but not themselves. Oddly enough, all of the cast was brought out before they announced the panel’s moderator – Craig Ferguson. 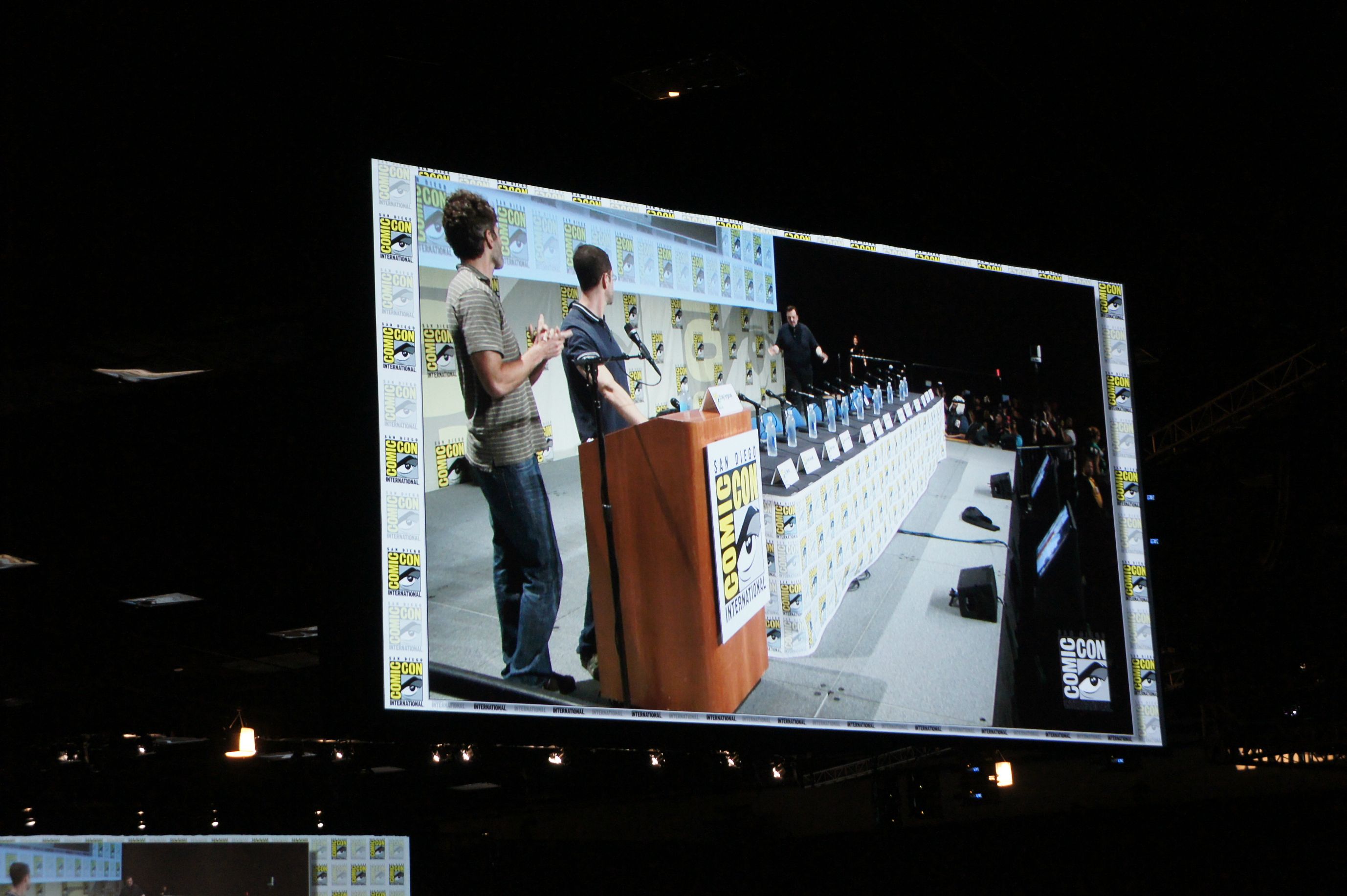 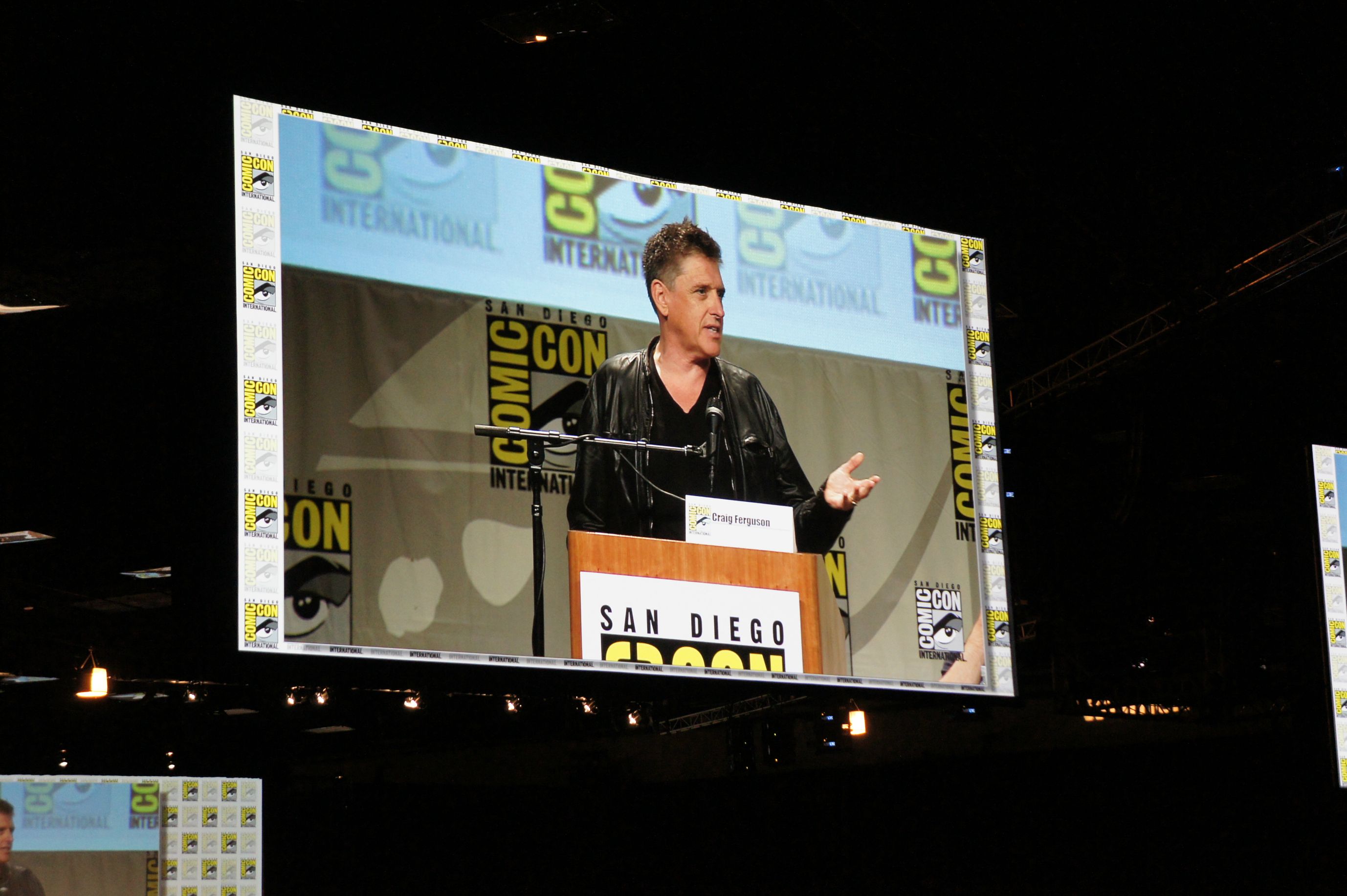 First off, we were greeted by John Bradley, followed by Rose Leslie, Kit Harington, Sophie Turner, Natalie Dormer, the man of the hour George R.R. Martin, Maisie Williams, Rory McCann, Gwendoline Christie, Nikolaj Coster-Waldau, and lastly, the dearly departed Pedro Pascal. If that sounds like a packed house, that’s because it was. It was a little bit surreal to see the Hound, Ygritte, and Oberyn Martell post-mortem, but cool at the same time. 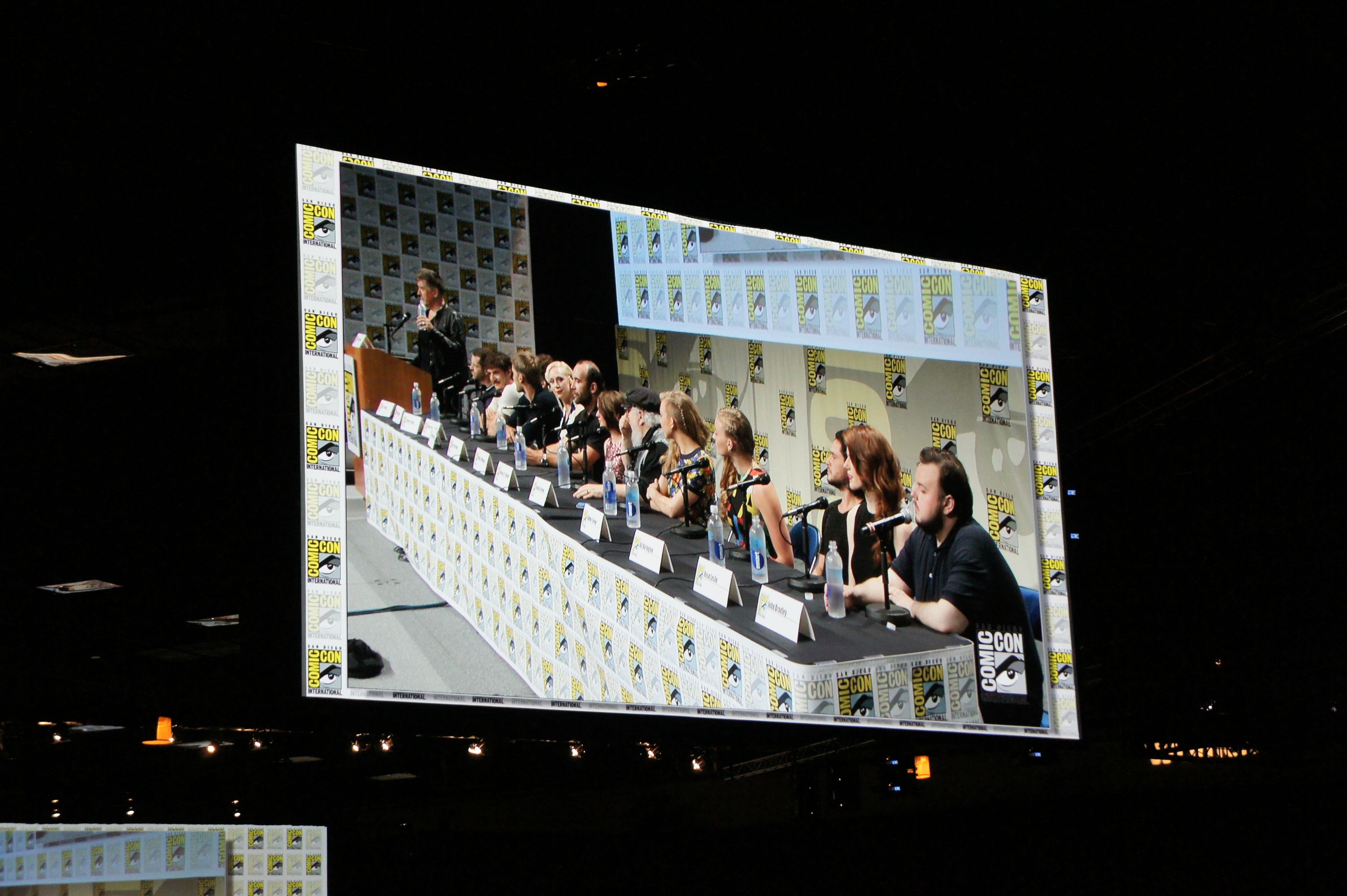 First off, we got an amazing blooper reel, which introduced us to a much lighter side of both the cast and the show. You should definitely check this out because it will blow your mind. These people can actually smile! Who knew?

Then we got right into the audience Q&A without much commentary from the panel. While this should have been the best panel of the Con, the questions that were asked failed to ignite any interesting responses or discussion from the panel. This isn’t totally the fault of the audience, however, because we were given strict instructions not to ask questions about where the show or books are headed. No spoilers for us.

The cast did seem to enjoy the little bit of time they spent together. Especially funny were Christie, McCann, and Williams, who sat sandwiched together, laughing and joking about the animosity between their characters. It was also very sweet to see Harington and Leslie together one last time. Of course, Bradley was the comic relief of the panel, commenting that if he were to be in any nude scenes, there would be something for everyone, as he would add to the boob count of the episode. 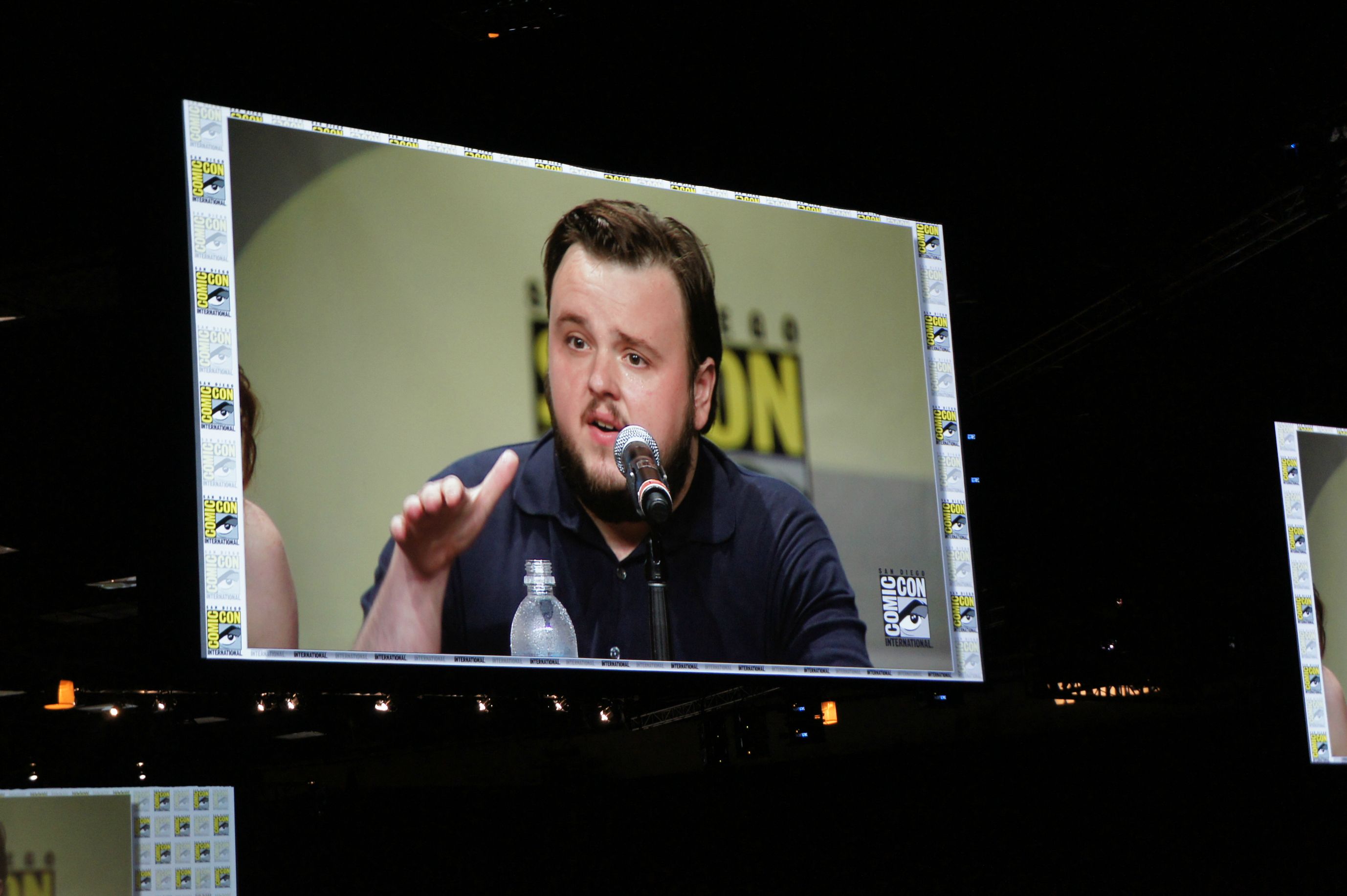 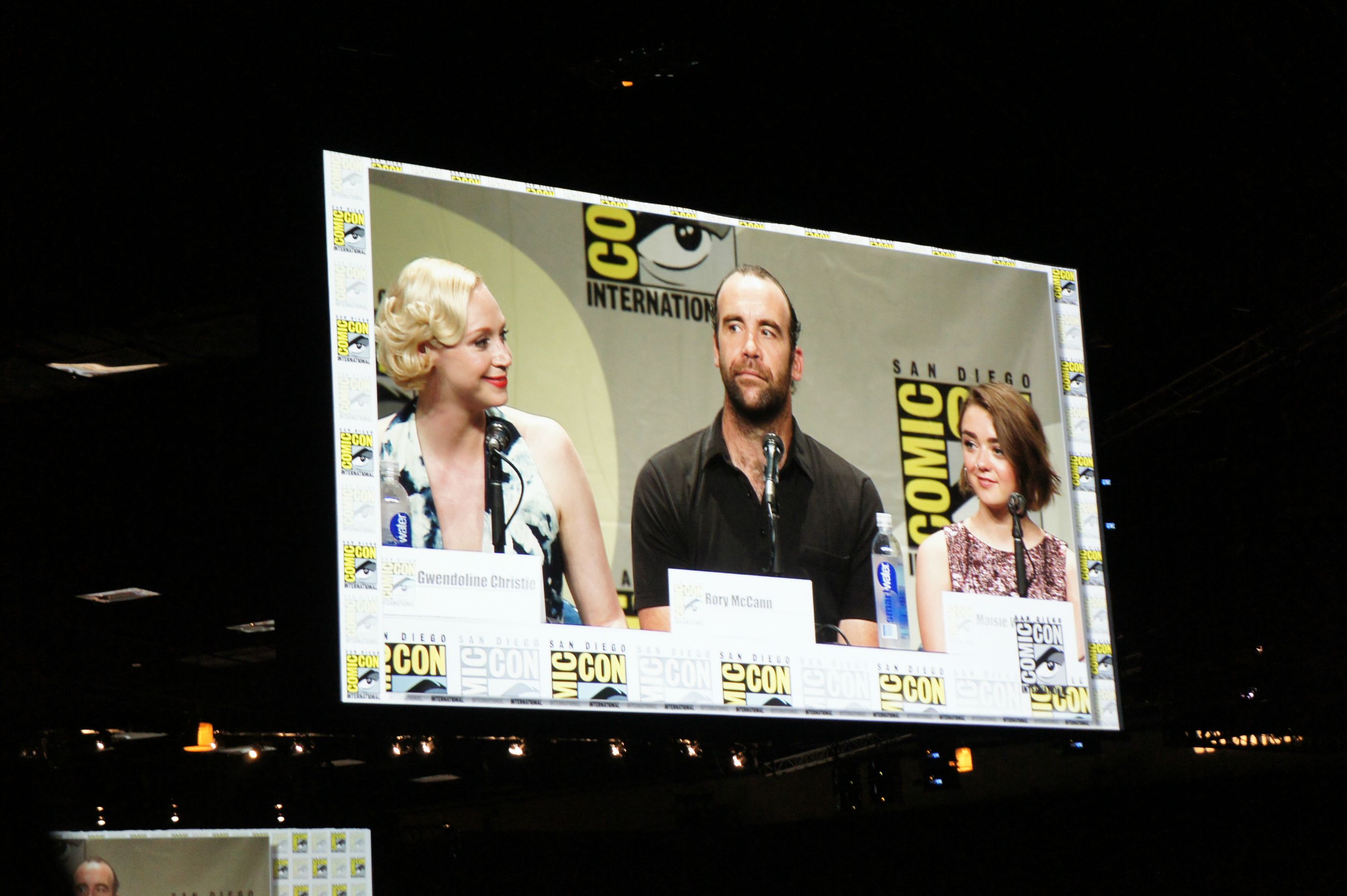 We did get a sneak peek at some new cast and characters who will be joining the show next season. We have Alexander Siddig as Doran Martell, Toby Sebastian as Trystane Martell, Nell Tiger Free as Myrcella Baratheon, DeObia Oparei as Areo Hotah, Enzo Cilenti as Yezzan, Jessica Henwick as Nymeria (“Nym”) Sand, Rosabell Laurenti Sellers as Tyene Sand, Keisha Castle-Hughes as Obara Sand, and Jonathan Pryce as the High Sparrow. Each new cast member had a few seconds to say how excited they were to join the show and who wouldn’t be? Although, with “Game of Thrones,” you’re king one day, dead the next.

With such big names on the large panel, there wasn’t much time for anyone to talk very much about their characters or the show. Benioff and Weiss were particularly tight-lipped about the process they go through transforming the epic tomes into manageable 10-episode seasons. Martin commented that ideally, he would like see a more traditional 13-episode season but Benioff and Weiss countered that with their shooting and production schedule, it’s just not feasible. Do we sense trouble in paradise? Poor Harington has such a quick shooting turnaround that he’s already back to work bright and early Monday morning. No partying for Jon Snow tonight. 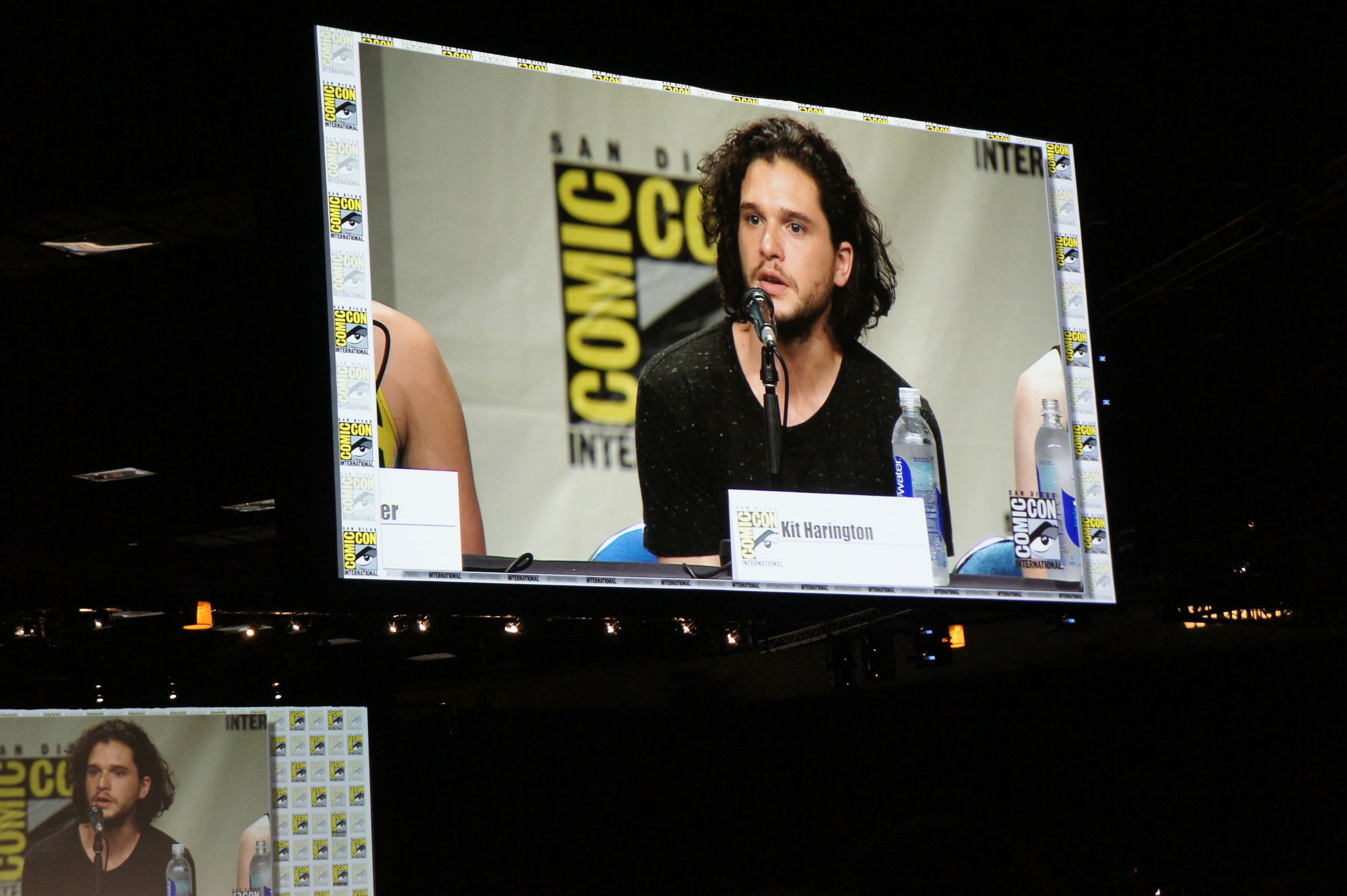 Even though we were so happy to get into the mythic Hall H, it did eat into the rest of our day. We missed the “Outlander” panel completely and just missed the “Agents of S.H.I.E.L.D.” panel. Unfortunately, this also set us back for the “Orphan Black” panel, possibly the most underrated of the day. Set up in a small room, there was high demand for the audience acclaimed but critically ignored series but not enough seats to fill it. For us, the biggest bummer of the Con was missing what promised to be an amazing panel. Maybe next year, they’ll find themselves in Ballroom 20…or maybe Hall H?

Stay tuned for our day 2 in photos post, full of more interesting exhibits and epic costumes.