So, like we said before, we had an ambitious schedule planned for Comic Con, and we were quite optimistic about the whole experience. You know the day is going to be long when your first 15 minute delay in leaving in the morning results in a 2 1/2 hour delay. Leaving from LA at 6AM (well, 6:15), it took over 2 1/2 hours to get to San Diego, not to mention trying to park in a city that’s gone crazy for comics. 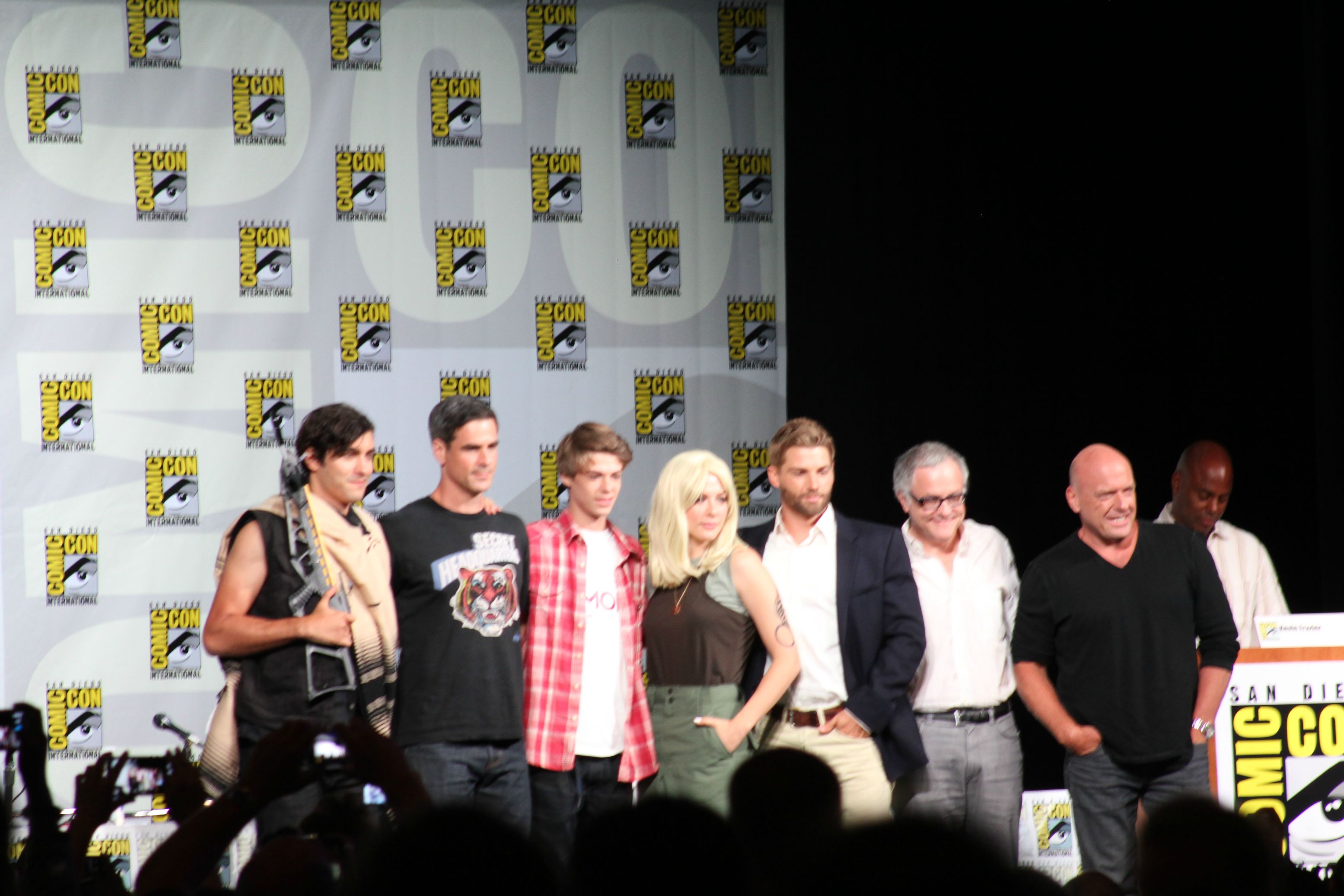 Anyway, once we navigated the terrain off-site and finally made it to the Con, we were about 15 minutes late to the “Under the Dome” panel but we still managed to get some great pictures and tidbits. Present at the panel were Colin Ford, Dean Norris, Alexander Koch, Rachelle Lefevre, Eddie Cahill, and Mike Vogel. Showrunner and executive producer Neal Baer joined the panel, as well. We arrived just about when the audience Q&A started and learned that if the cast were going to be stuck under a giant dome with one person, who would it be? There were some pretty interesting – and surprising – answers. Colin Ford sweetly mentioned his best friend. Dean Norris, surprisingly, chose Britney Spears, and after hearing that, Rachelle Lefevre countered with Clive Owen. Mike Vogel wisely chose Chuck Norris as his dome companion. The best part? The cast seems to genuinely get along, which is always great to see.

After that, things wound down, but not before Lefevre did an amazing, slightly surreal impression of her line from “Twilight,” “I’ve got the wicked curveball.” Unfortunately, since there’s no video recording in the Con, we didn’t catch it, but you can imagine it was amazing!

Stay tuned later tonight for our coverage of “The Last Ship” panel with none other than Eric Dane!