A month away from GIRL MEETS WORLD has made it harder to keep in mind that this show is for 10-year-olds, and it needs to be judged that way. There are moments in “Girl Meets Smackle” that are way too on-the-nose for my taste (the tag scene comes to mind), and it’s important to remember that the same may not be the case for the show’s actual target audience. Sure, the show beats you over the head with a simplistic theme, but it’s a Disney Channel show. That’s just part of the package.

But it’s not really the theme that’s wrong with “Smackle”; it’s the execution. The plot, as best as I can tell, is as follows: After a classroom scene that serves no purpose other than to lay out the episode’s theme, Riley, Maya, and Lucas head to watch Farkle debate against Einstein Academy. Farkle is soundly beaten by his Einstein Academy opponent, Isadora Smackle. After the debate, Smackle attempts to ask Farkle out, and Farkle rejects her. Smackle, upset, asks Riley and Maya to give her a makeover, and Riley, who is a pushover with an obsessive need to fix things, agrees. Riley and Maya give her a makeover, and the next day, set up a meeting between Farkle and Smackle.

Okay, so far, so good. Up to this point, we have a solid, coherent plot, if not a stunningly original one. Then things get really weird. Farkle, upon seeing Smackle, guesses correctly that Smackle doesn’t really want a makeover, but is instead doing research in preparation for their next debate. Topic: “Is beauty really skin deep?” In order to thwart her, Farkle brings in Lucas, who compliments Smackle’s appearance, thereby turning her into the giggling preteen she had previously only been pretending to be. Farkle, feeling suddenly that this would be an unfair way to win, asks Riley and Maya to turn Smackle back, but they are unable to. At the debate, Smackle shows up in what apparently passes for high fashion on the Disney Channel these days, but surprises everyone by getting up and delivering an eloquent and impassioned speech about her experiences being pretty, and how appearances matter even though they shouldn’t. She wins the debate, and makes it clear, in passing, that she really does like Farkle. 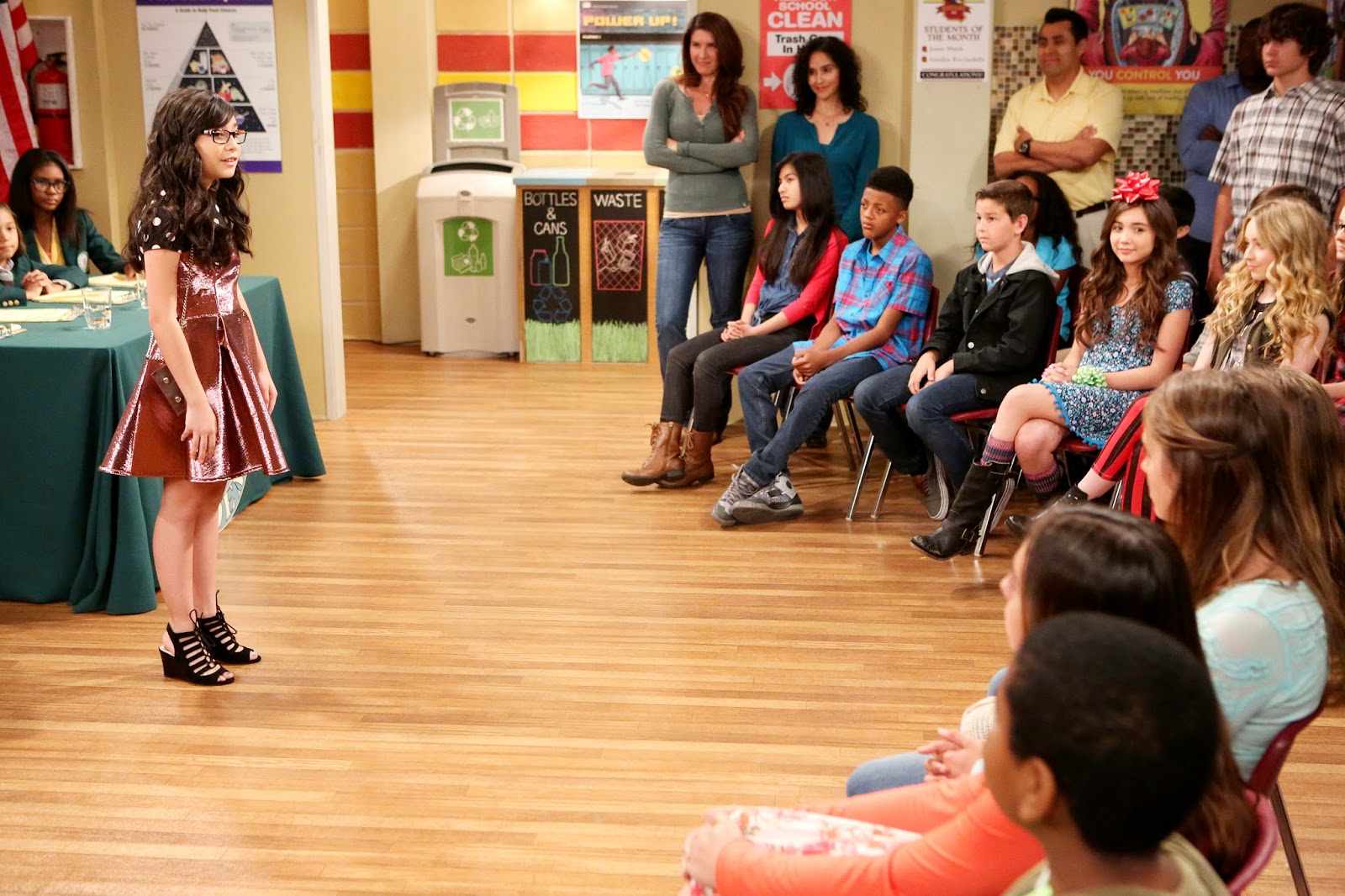 Riley is wearing gift-wrap bows on her head and wrists. This is the girl Smackle enlisted to give her a makeover.

The second half of the episode just leaves me with so many questions. Things like, why did Smackle have to be pretty in order to appreciate Lucas’ appearance? What happened in between Smackle’s meeting with Lucas (after which she swore to Riley and Maya that she would never go back to being smart-but-plain Smackle) and the day of the debate that changed her mind? Was the sudden, Lucas-inspired stupidity all an act? How much of her makeover plan was an incomprehensible plot to win the next debate, and how much was a plot to get Farkle to like her?

It’s an incredibly strange way to structure an episode of television. The first half is about Smackle: her desires, her flaws, what she needs to learn. Then, halfway through, we learn that we can’t trust anything Smackle says, and that she never particularly cared about beauty one way or another. The episode becomes about what Farkle wants and needs to learn. But Farkle never needed to learn that beauty was only skin deep! Farkle, if we’re to believe the last line of the episode, already knew that. It’s an unnecessary and uncompelling story about the show’s least successful character. The best that can be said of it is that it’s better than the episode’s utterly irrelevant B-plot.

Because at its heart, “Smackle” isn’t a story. “Smackle” is a lesson-delivery machine. I don’t mind themes. Actually, I love theme; it’s one of my favorite aspects of narrative, and it’s one that I think most people don’t give nearly enough thought to. But if you’re going to put the day’s lesson above character, plot, and everything else, the story has to at least bear out the theme. Who in “Smackle” ever thought that beauty was more than skin deep? Who learns something? The end of the episode indicates that it’s Smackle, but if so, why don’t we get to see her learning? If you want your show to bend over backwards in service of the theme of the week, that’s fine, I guess, but if you can’t bring yourself to “show, not tell,” the least you can do is show and tell. Even on a show for ten-year-olds.

Well, Lucas is growing on me, so there’s that. The biggest laugh of the episode for me was, “You smell like pine trees!” “Thank you.” There’s just something amusing about his utter unpertubability in the face of the insanity all around him. I’m particularly fond of Maya’s irrational desire to break him. Lucas and Maya should really go form their own show — one completely without speeches.

I was also amused by Smackle’s confusion over accent nails. I don’t get it either, Isadora.

I suppose I can’t blame Cory for the utterly underwhelming performance of both teams in the debate, since he seemed to only be moderating, not judging or coaching. (Seriously, though, that was some terrible debating. Evidence! Evidence is what we use in debate, people!) In fact, aside from the continued vagaries of his lesson plan, there’s not much to blame Cory for in this episode, because Cory wasn’t in much of this episode, besides the very beginning. This, I assume, is because Ben Savage directed this week’s episode. It was his directorial debut, and he did a fine job.

Season one, episode eight – “Teacher’s Bet.” Originally aired November 19, 1993. Cory, convinced that teaching is the easiest job in the world, makes a bet with Mr. Feeny that he can teach the class for a week. But with his new bike on the line, he discovers that running a classroom is harder than he’d thought. I could devote an entire review to this episode, because I think it fails, but it does so in a really interesting way. Basically, it takes on a subject that’s too big for its world: Cory’s class is learning about prejudice during the week that he teaches, and they’re reading The Diary of a Young Girl, and when Cory finally gets through to the class, he does so with a speech about all the ways that prejudice exists in the modern world, tying it back to Nazi Germany. (Not bad for a kid who a few weeks ago didn’t know the Berlin Wall had been torn down.) It’s not that Cory says anything wrong in his speech; it’s just that, because Cory is never actually the subject of prejudice, and never will be, it’s not a theme the show can examine in any depth. To dramatize it, they have to bring in a never-before-seen and never-to-be-seen-again Asian character, and even then, there’s no way for Cory to learn much of anything beyond the mere fact that prejudice exists in the modern world. Watching Cory learn about the toll jobs can take on adults, or the balance between education and fun, is interesting, because Cory gets his hands dirty; he actually gets a job, and he actually has to choose between doing well on a test and spending time with his father. Watching Cory learn about the Holocaust is less interesting, because Cory has never and will never experience anything like it. On the other hand, the show does at least try to dramatize its theme, which is more than Girl Meets World can say most weeks.