The third panel of the day was also one of the most epic – “Hannibal.” Unfortunately, our only glimpse of the hunky stars Mads Mikkelson and Hugh Dancy were via pre-recorded video, but the people who were there more than made up for that. 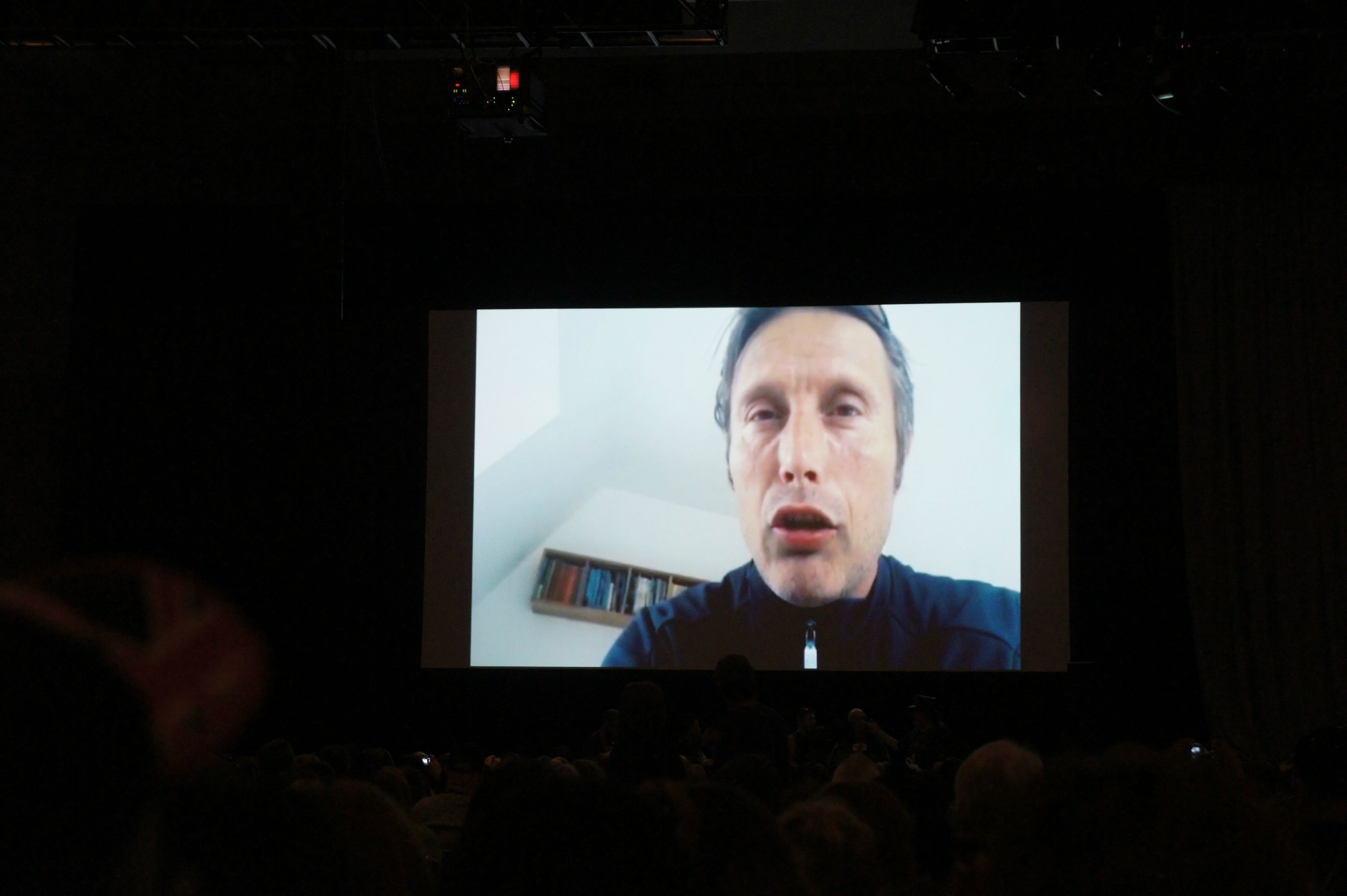 Half the panel was made up of showrunners, writers, executive producers and directors: Bryan Fuller, Martha De Laurentiis, Steven Lightfoot, and David Slade. 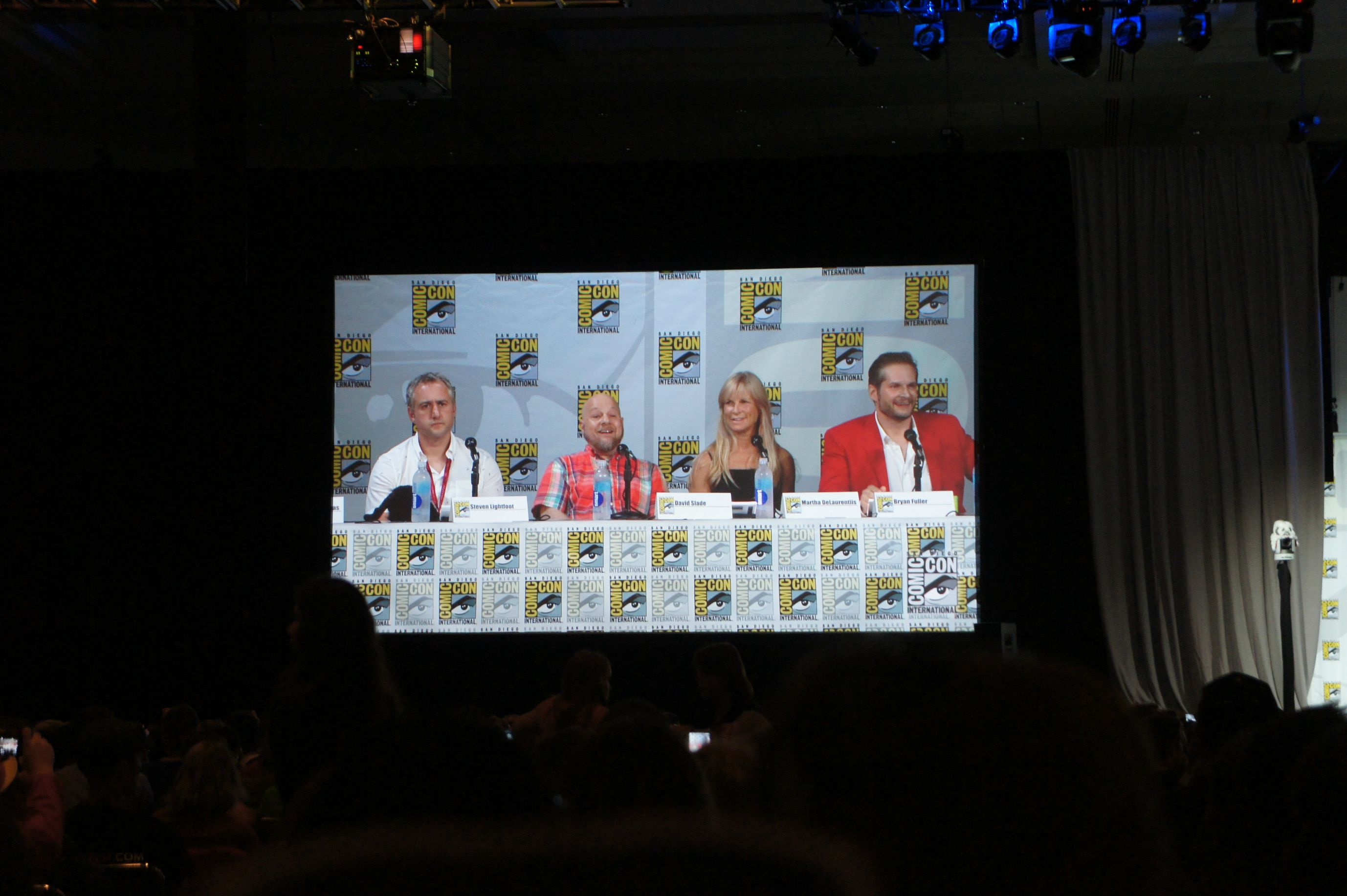 The other half consisted of love interest and the female lead of the show, Caroline Dhavernas, comedic relief scientists Aaron Abrams and Scott Thompson, and, finally, a man who by any rights should be dead by now, Raul Esparza, who plays Dr. Chilton on the show. Name another character in the history of television who has literally been gutted, been shot in the face and lived to tell the tale. He really is the perfect match for Hannibal – at least for now. Chilton is definitely a fan favorite, probably because Esparza is such a dynamic and charming actor, but, according to Esparza, Chilton is “such a douchbag.” Eloquent, isn’t he? 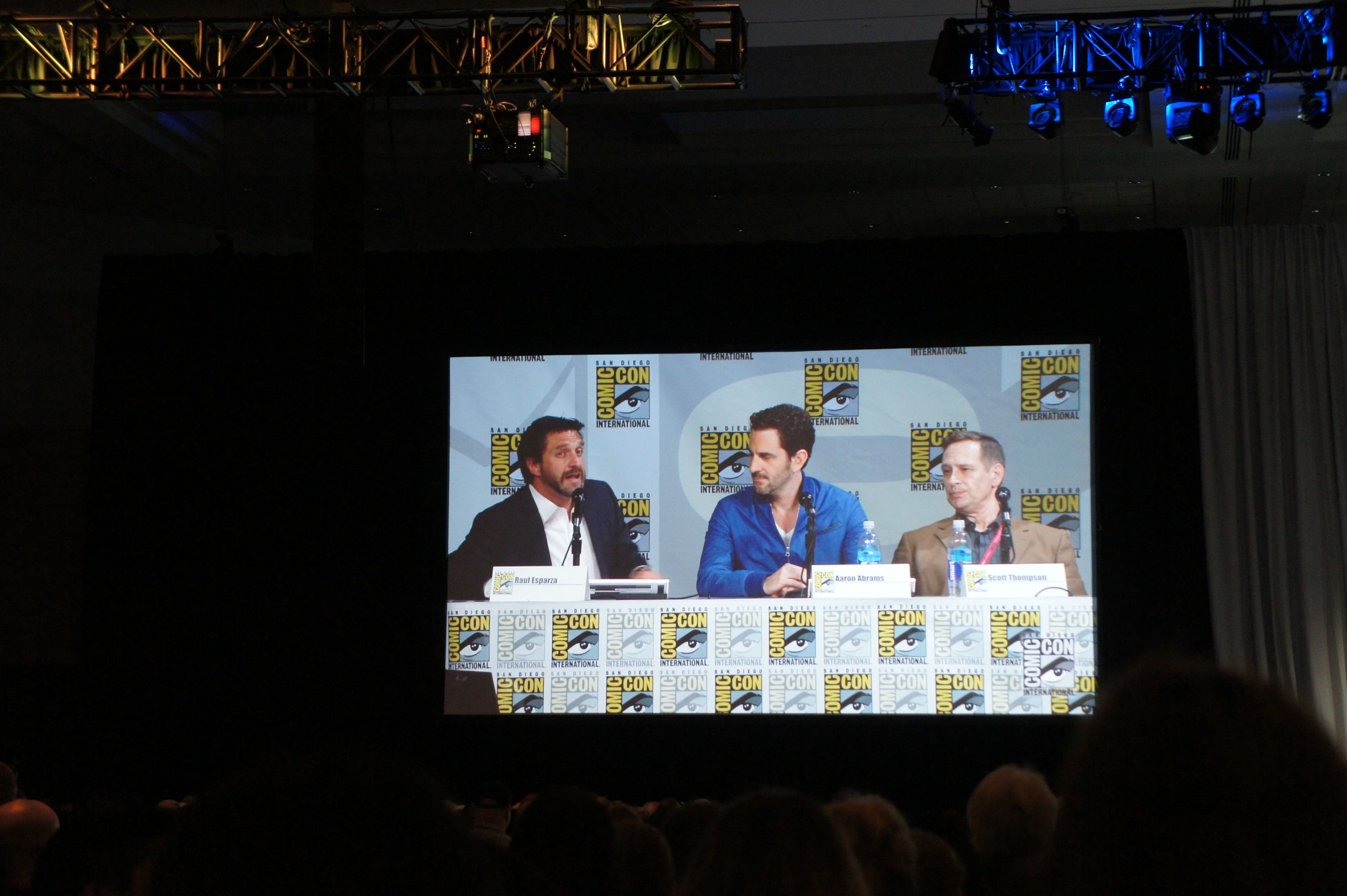 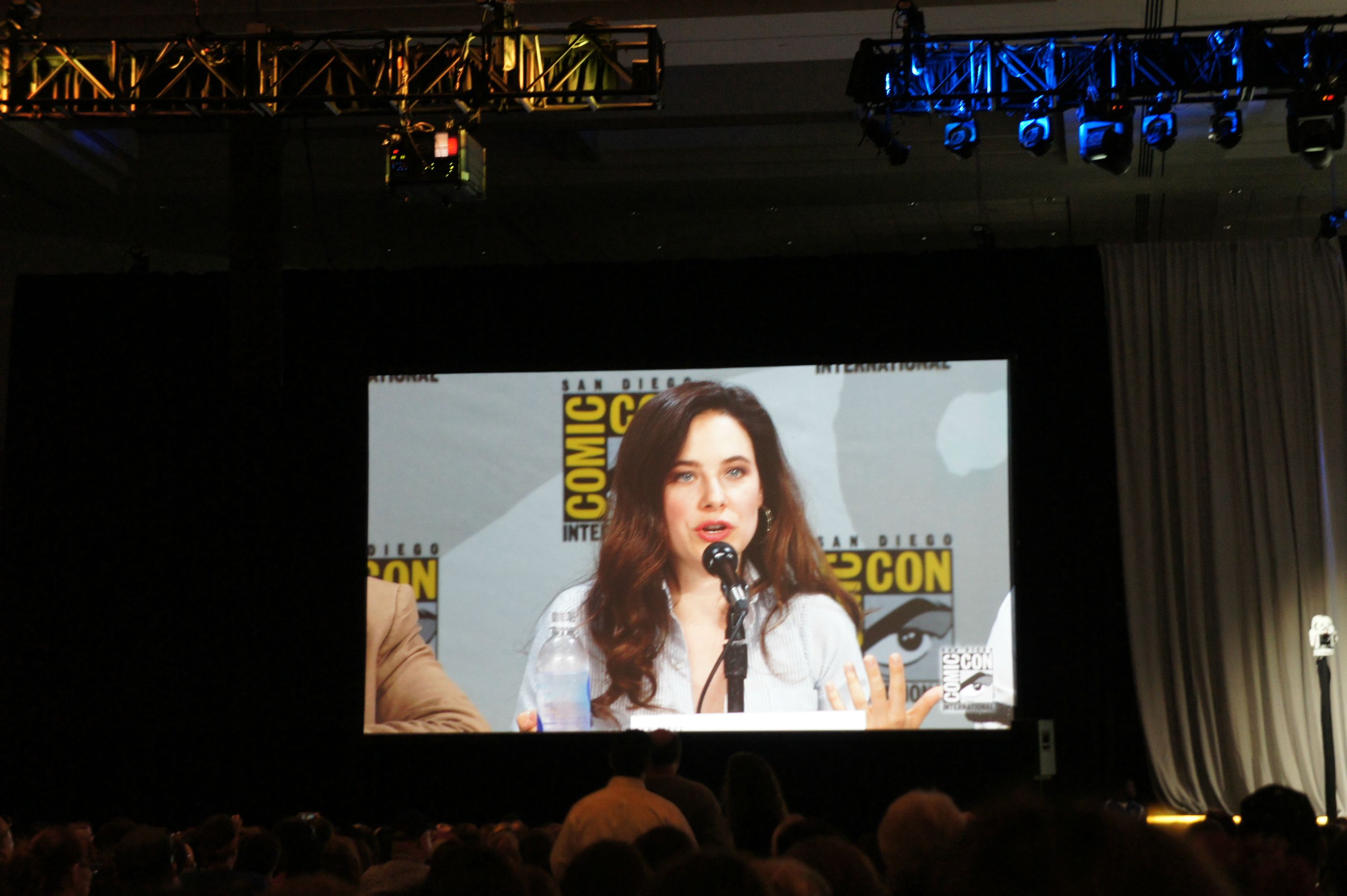 Now, the reason we say this panel was epic is first because the cast and writers/directors, etc. seemed to genuinely enjoy each other. Note to other panels: if you’re having fun, we’re having fun. There was playful ribbing and more than a few inside jokes between them. These guys know how to have a good time. 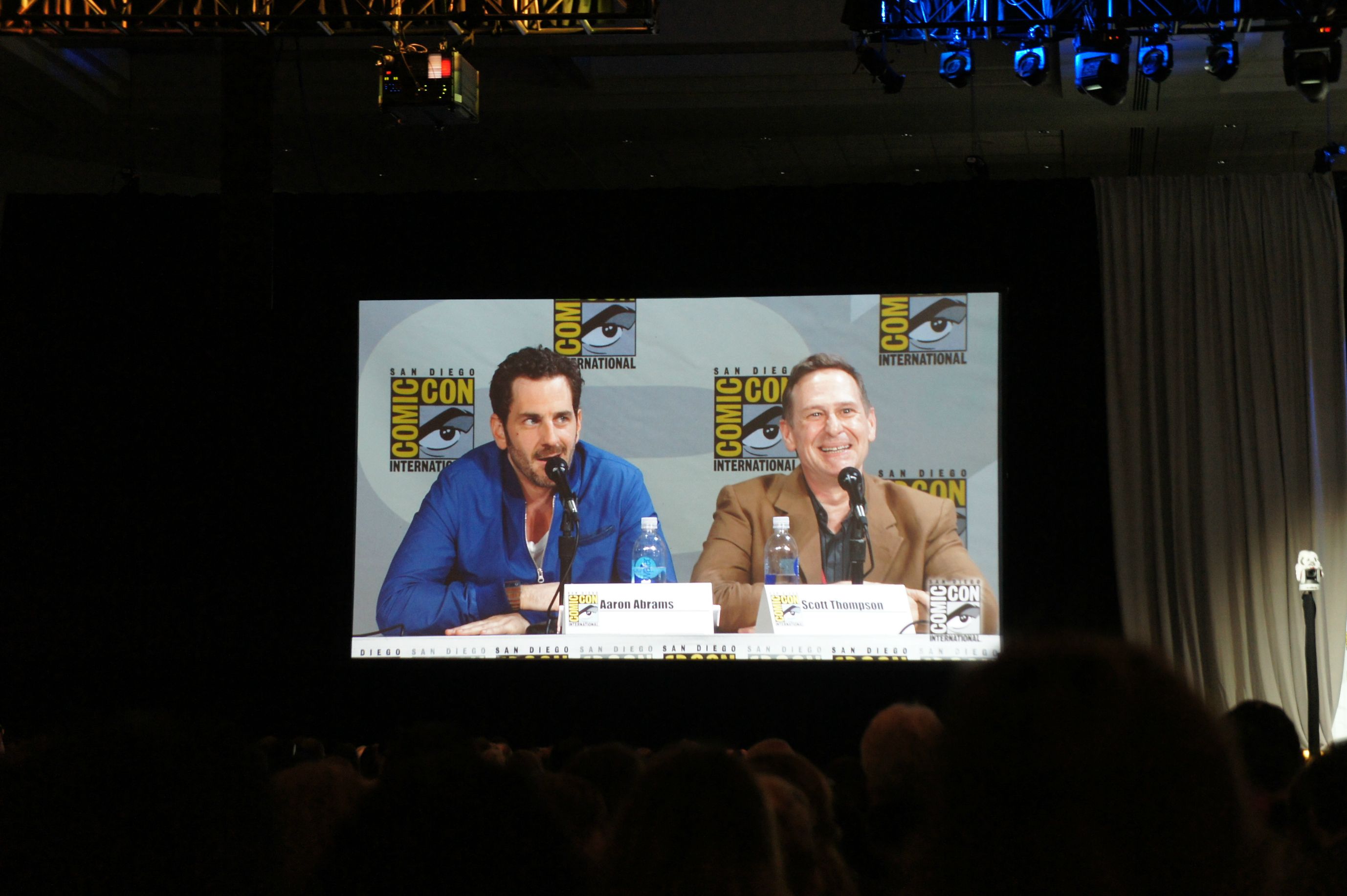 Anyway, back to what you really want to hear about: the odd questions asked and the equally odd answers. The first oddball question was “what was your favorite death/crime scene on the show?” For Esparza, it was the killer who flayed his victim’s backs, positioning them as angels. Abrams chose the woman found inside a dead horse, or as it was known in the writer’s room: the turducken – yikes. Thompson chose the killer who used his diabetic victims as fertilizer, growing mushrooms out of their bodies, saying “not enough people stick it to the diabetics.” Was that an elaborate set-up for a mediocre pun? Yeah, probably. Dhavernas was partial to the tree man who she described as being “oddly beautiful.” De Laurentiis chose one of our favorites – the eye of God where the killer positioned his victims in a hauntingly beautiful pattern made to look like the human eye. Fuller’s favorite was one of the very first, where the victims were made into a cello that could be played by the killer. In case you didn’t know – this show is weird. 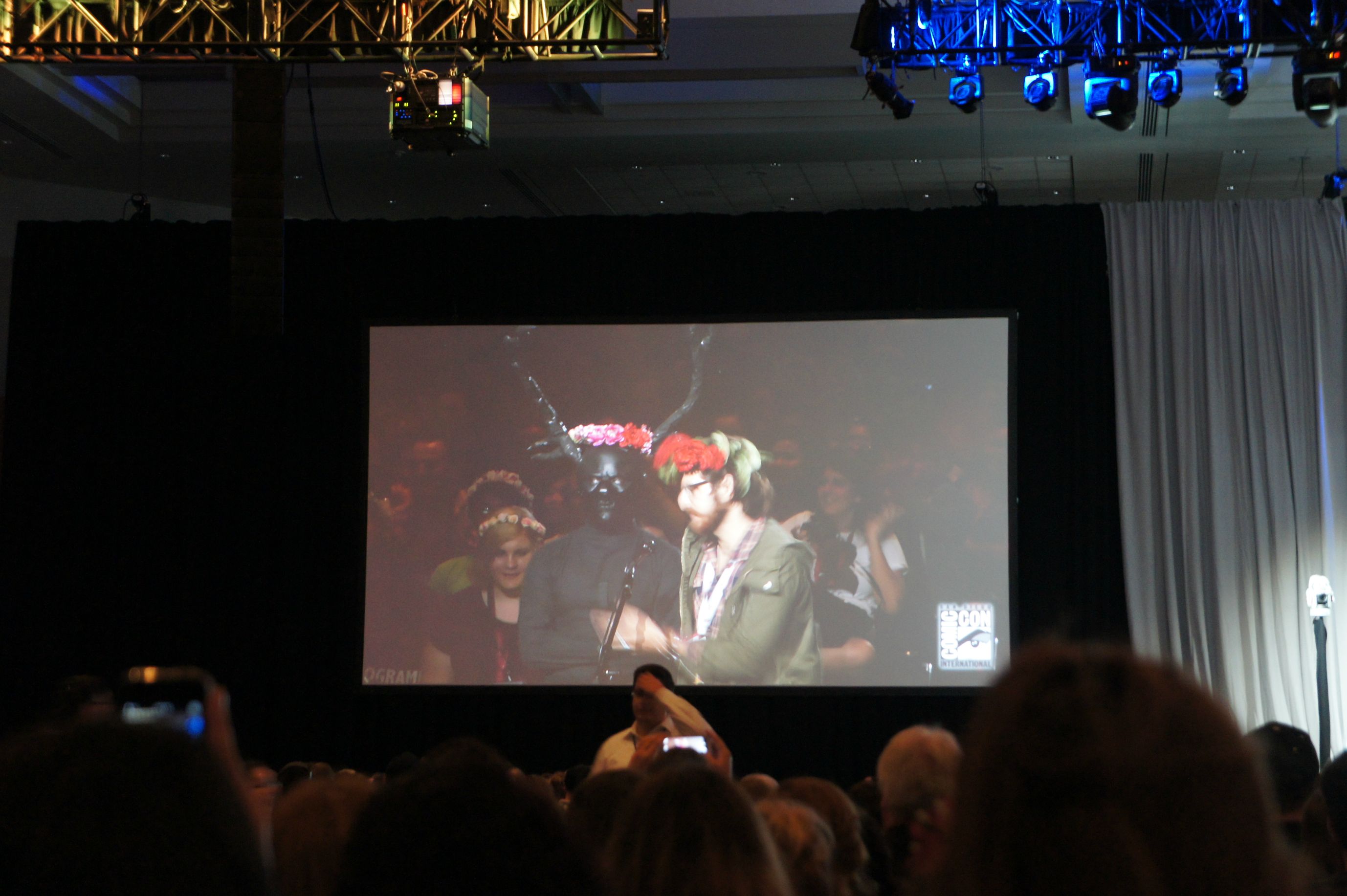 Here’s the obligatory SPOILER ALERT for this series. As you know, last season ended with a bloody brawl between Hannibal and, well, everyone. We know that now Hannibal’s secret is out. What we don’t know is who has survived the melee. Well, the group didn’t spoil that much for us, but we do know that the third season will diverge from the previous two. Instead of focusing on a “crime of the week,” the first half of season three will focus on finding Hannibal and will be told emotionally rather than temporally, so expect some major time jumps and shifts. Season three will also focus on exploring the female characters. When asked how he differs when writing female rather than male characters, Fuller responded, “I tend not to think about genitals when I’m writing characters.” Good to know.

The last thing they teased about season three was, of course, food related. Many of the decadent (and cannibalistic) meals will be Italian. Italian cuisine, we mean, not Italian people.

If any of you would like to be a bit more involved with the show itself, Fuller and his crew will look for the names of Will’s dogs via Twitter, so feel free to tweet Maggie and Sammy as excellent suggestions.

We’ll leave you with one last gem: Mads can dance. It’s ok, take a minute.

Next up, the sexy vampire/monster horror show, “Penny Dreadful.”