We find ourselves in the aftermath of Lady Pole’s assassination attempt in this week’s JONATHAN STRANGE & MR. NORRELL Jonathan Strange and Mr. Norrell. As things come to a head, the rift between Strange and Norrell grows farther and farther apart.

Norrell’s biggest character fault is his constant worry about both his reputation, and the reputation of English Magic as a whole. In fact it is the thing that takes center stage in his mind at all times. It keeps him from being a truly powerful magician. Instead he shrinks down into being nothing more than a theoretical magician. He’s really no better than the men from the Friends of English Magic whom he embarrassed in the first episode. They believed a gentlemen did not do magic, and so now we find Norrell trying to be a gentleman magician which in turn has made him magically constipated.

Strange on the other hand is a free spirit. He hasn’t read the books or had the years of study under his belt that Norrell has, but has a can do attitude that makes him a more interesting magician. There is no can’t for Jonathan Strange. If something needs doing, he has an instinctive ability to somehow make it happen. He’s not hung up on respectability like Norrell, so he’s free to do magic that perhaps hasn’t been done before, and without any regard of whether it is safe or not. Jonathan isn’t afraid of doing darker magic like his colleague is.

Part of Norrell’s problem is he used fairy magic to summon the Gentleman with the Thistle-Down Hair to help bring Lady Pole back from the dead. He lost control in that one instant to prove himself, and everything has been messed up ever since. Both Lady Pole and Stephen Black are under the control of the Gentleman, and there’s nothing Norrell can do to reverse it. After Lady Pole’s attempted assassination of him, Norrell is doubly worried that if the truth is found out it will taint English Magic. This is why he comes up with the scheme to announce it was a French assassin, send Lady Pole to an asylum, and sweep the whole incident under the rug. 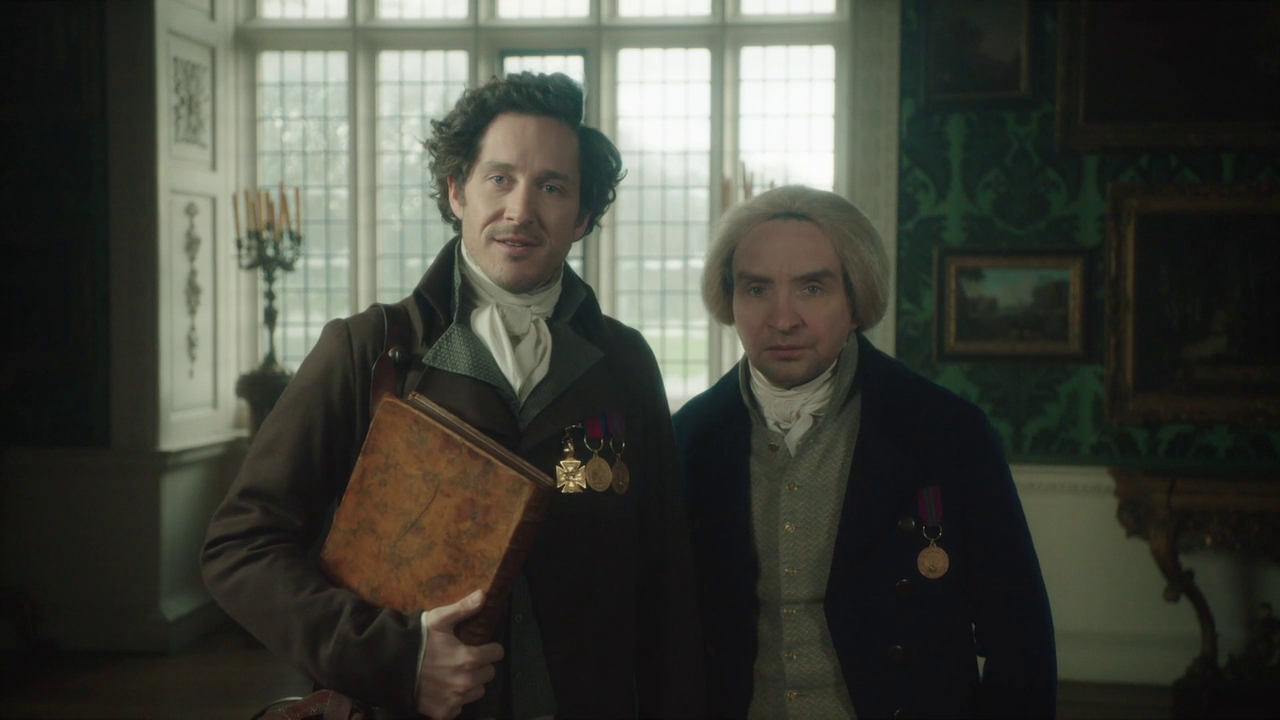 Where the two men really move away from each other is not just in the handling of King George and their attempt to relieve his madness, but also the biography written about Norrell. Jonathan thinks the magic to help King George didn’t work because Norrell didn’t want it to. In his spare time he attempts to help the king on his own by summoning fairy magic, and something strange happens. The king has a conversation with someone Jonathan cannot see, and then vanishes into a mirror, teleported somewhere else, somewhere dangerous. King George is almost killed by Stephen whose hand is forced by the Gentleman. If not for Jonathan’s quick summoning spell, the king would surely have been dead. The Gentleman speaks through the king and tells Jonathan, “This act will have consequences magician”. This bizarre incident gets Jonathan thinking.

Jonathan and his wife have both heard rumors that people were paying large sums of money to be taught magic by Jonathan, but it isn’t until he’s confronted by an out of towner claiming to be learning magic from Jonathan, that he finally loses his cool. To prove he’s the real Jonathan Strange, he disappears into a mirror and makes a wonderful discovery, the Kings Roads made by the Raven King. They are paths between this world and other realms. He pops out of another mirror to catch Drawlight in the act of bilking a woman out of the rest of her savings. She thinks Jonathan is going to curse all of the people she has a vendetta against. He scares the shit out of Drawlight, and puts an end to his scheme. To deal with Drawlight, Norrell wants a magical court of his own. He also, shuns the idea of exploring the Kings Roads with Jonathan, and doesn’t want him ever going there again. 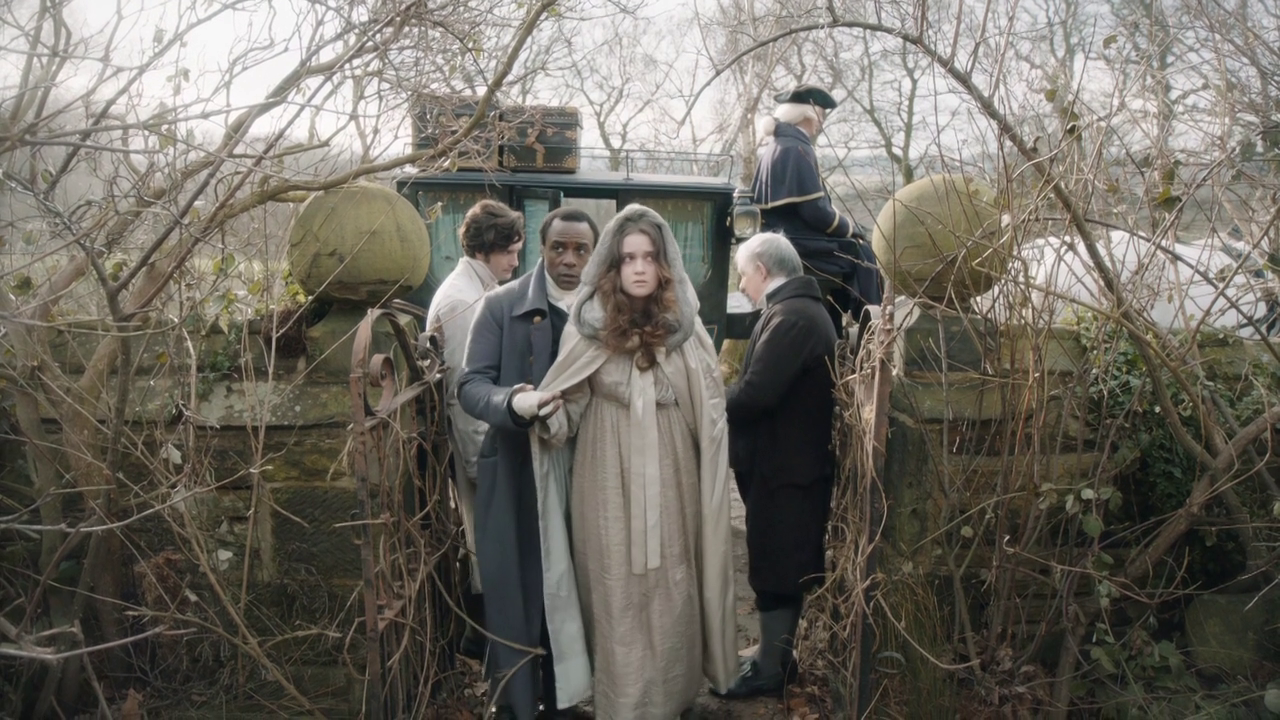 Lady Pole is sent to Stare Cross, which at one time Secundus was turning into a school for magicians, but has now been turned into an insane asylum for Pole herself. She feels safe here, and they treat her well, even forcing Childermass away at gunpoint so he doesn’t disturb her. Somehow Secundus can see the roses in the mouth of both Stephen and Lady Pole, and wonders who has magically put them there.

After Norrell’s biography comes out, Jonathan writes a scathing review of it, and splits from his former mentor for good. He’s going to retire from public life, but Napoleon escapes and takes Paris, which draws Jonathan back into public service to help the English Army. He’s now made an enemy of both Norrell and the Gentleman, and both want him destroyed or dead. 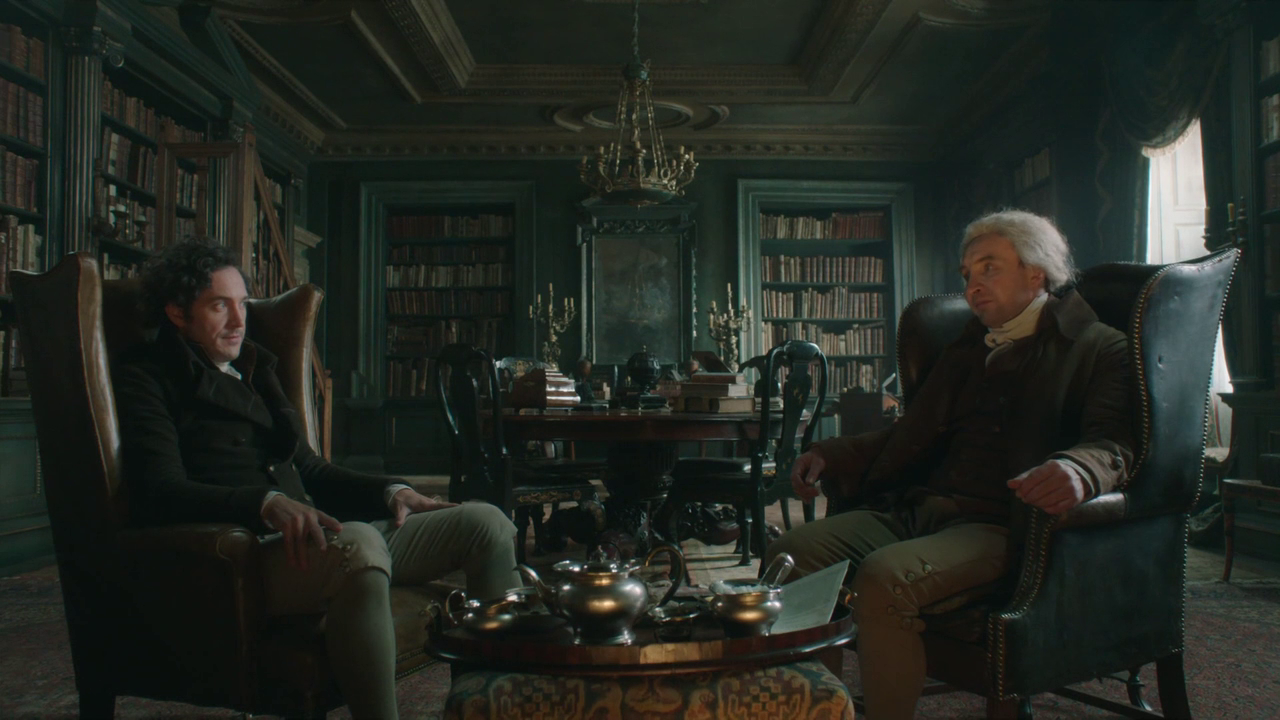