The last panel of the day was also the smallest, but as we know with TV, it’s not quantity but quality, and there was no shortage of that here. The “Penny Dreadful” panel was made up of only four: John Logan, Josh Hartnett, Reeve Carney, and Harry Treadaway. Alas, no Eva Green or Timothy Dalton to be found, but what they lacked in number, they made up for in looks. Seriously, this is one good looking group. 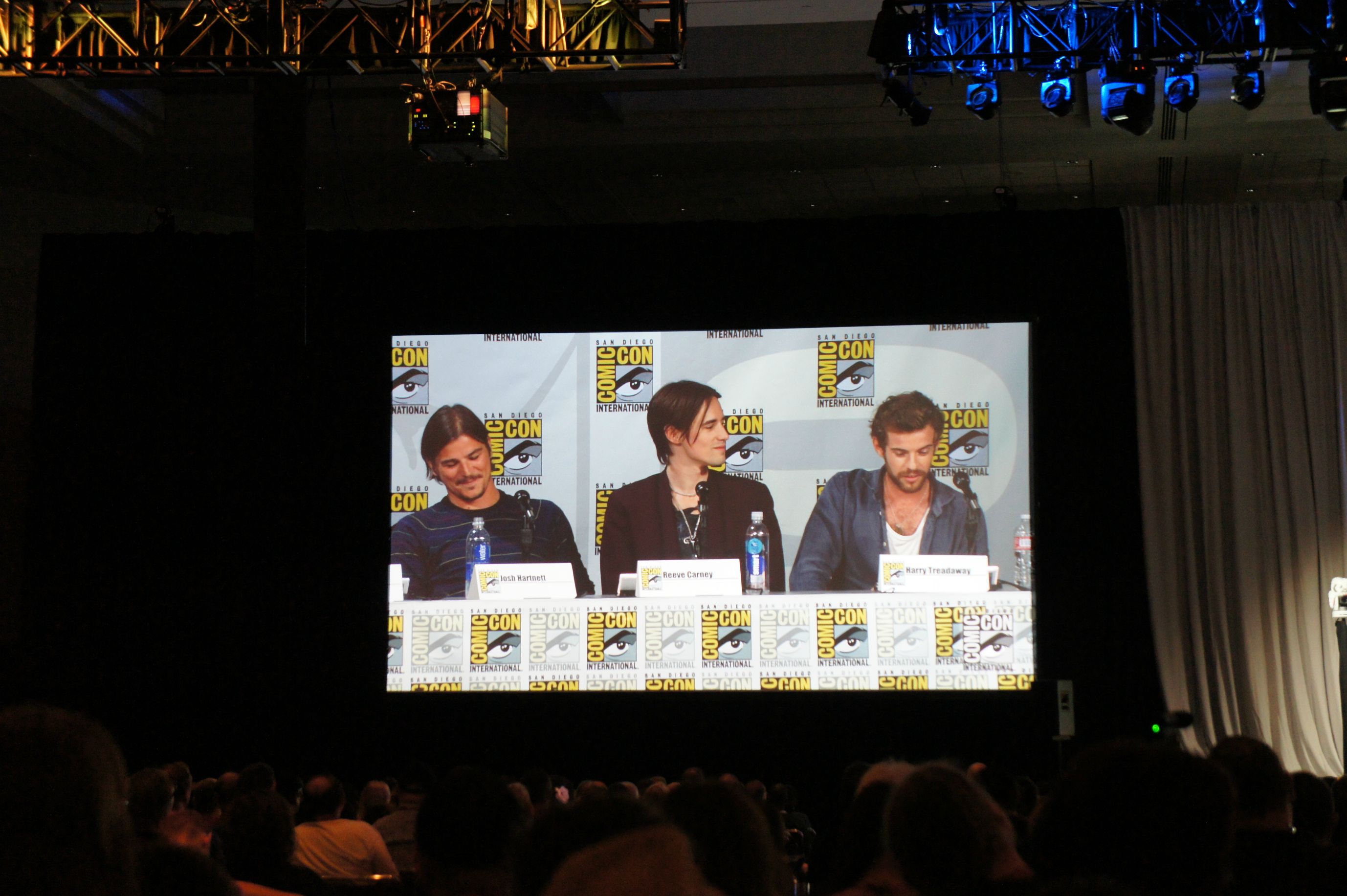 What really stood out in this panel was not only the camaraderie between the guys, but also the love people have for the show. Nowhere was this more evident than in Aisha Tyler, who was moderating the panel. She was fan-girling so hard, she almost couldn’t contain herself – and she wasn’t the only one. This was definitely the most boisterous panel we attended. 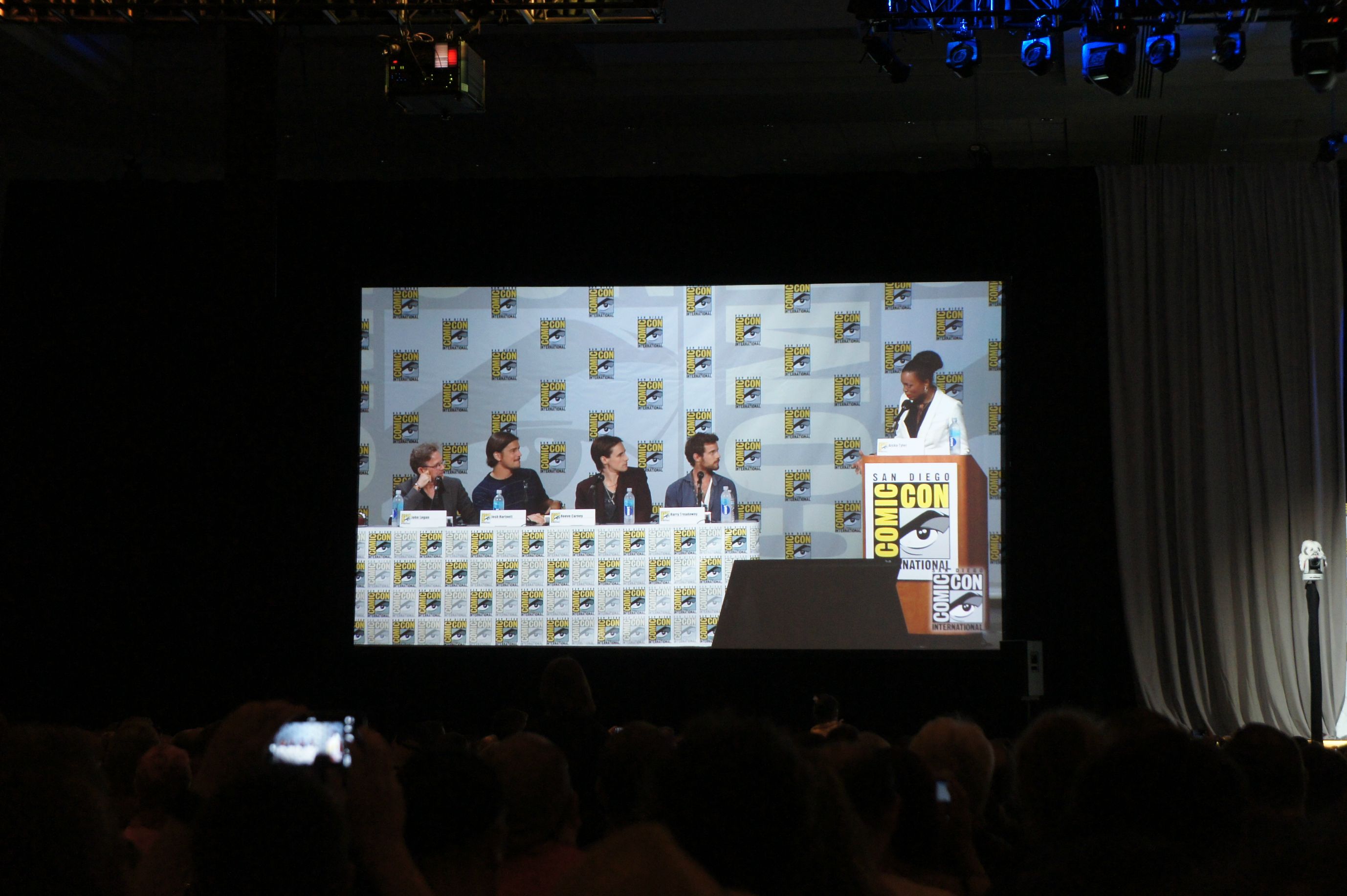 We’ll start at the top with Logan, who explained that his inspiration for the show came from a hard time in his life when he turned to the classics, especially Mary Shelley’s “Frankenstein.” Obviously, he drew heavily from Shelly, as well as drawing inspiration from “The Picture of Dorian Grey,” and “Dracula.” He wasn’t looking to reproduce exact copies of these stories and characters, just to pay tribute to them. His goal was to deal with all aspects of what it’s like to be human; to build a family of characters and bring them together in interesting ways.

Another important book to the show is “Inventing the Victorians,” a kind of Victorian how-to guide that Hartnett described with the suggested subtitle: “Victorians have sex, too.” That certainly explains a lot. Not only did the show’s creators study up on the old ways, but the actors boned up, too. Carney studied “The Picture of Dorian Grey” after taking the part, embodying a slightly rock and roll version of Grey, while Treadaway researched Victorian scientific practices and medical ethics, or lack thereof.

This time, there wasn’t one question that particularly stood out, but there were a few comments from each of the guys that’s worth noting. Hartnett’s favorite line from the show was “monkey, no monkey,” while Treadaway suggested that Dr. Frankenstein should probably use Tinder because he seems lonely after the loss of his friend/creature. Logan described himself as a mix of the “creature” and Dr. Frankenstein, which is rather telling for the show as a whole. Lastly, when asked about the Ethan/Dorian kiss, Carney commented that before the role of Ethan was cast he demanded they “cast a hot guy…and they did.” That earned an “aw, shucks” look from Hartnett, who seemed pleased nonetheless. 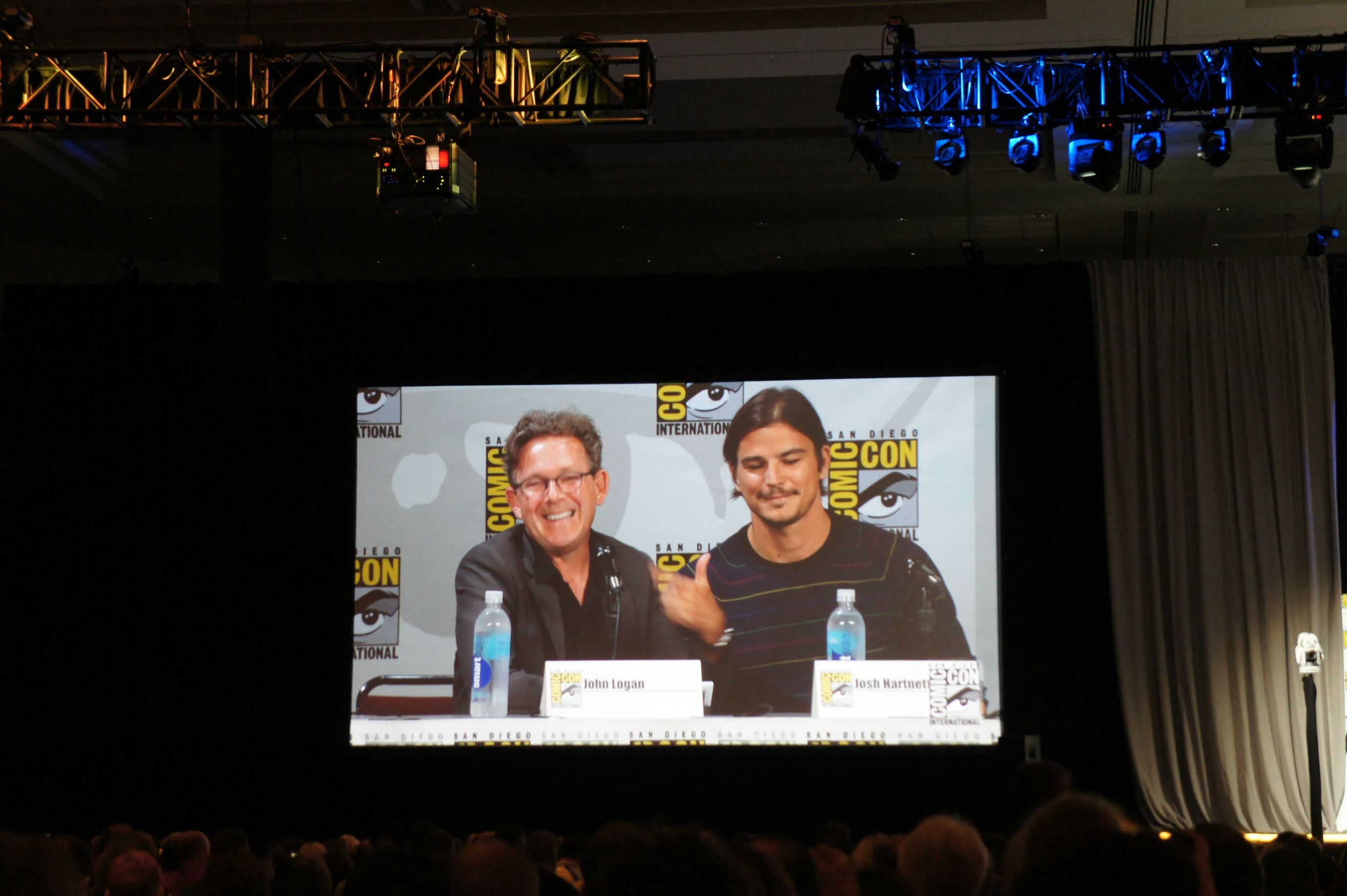 We didn’t get too many tidbits about the next season of the show, but we do know that it will involve more of the Vanessa/Ethan relationship that we’ve all been craving. They’ll also delve into more character development, explaining Ethan’s history with his father and whether or not his “condition” was caused by a bite or if it’s genetic. All the characters on the series will become more enmeshed in a bigger theological and supernatural world. Logan also suggested that we’ll get a glimpse of Dorian’s portrait…at some point. 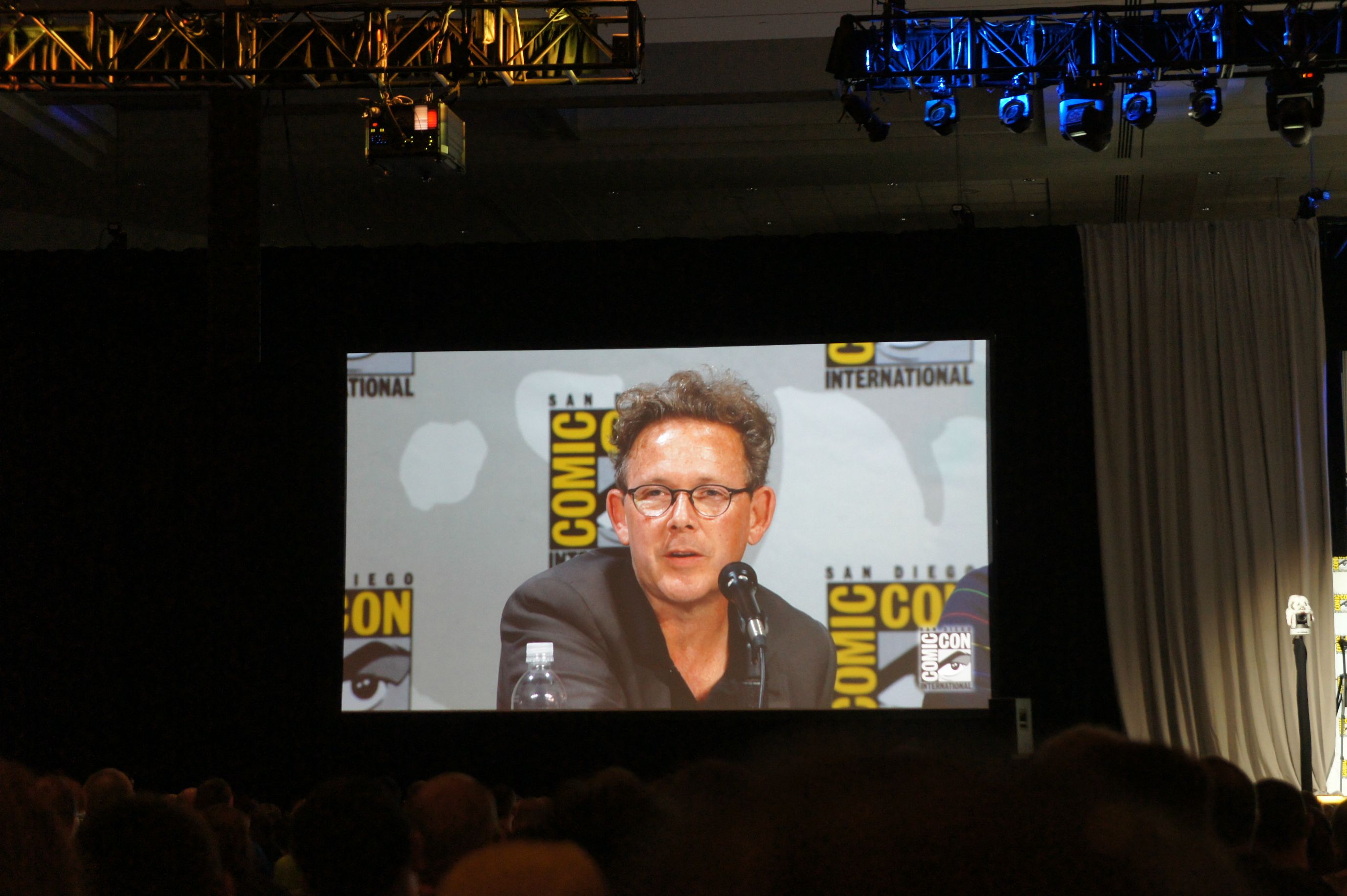 The golden nugget of the panel: after the suggestion that Ethan is now a slave to the cycles of the moon, Tyler commented “We know what that’s like don’t we, girls?” This prompted Hartnett to mutter that some members of the audience are under 18, which Tyler countered with, “your show’s full of titties.” Classic.

Well, that’s it for day 1. We set an ambitious goal and we almost made it, missing out only on “Legends” in the morning. For day 2, we’re off to an even more optimistic start, with “The Walking Dead” and “Game of Thrones.” Wish us luck and stay tuned for more updates!