Tweetable Takeaway: Instead of talking about their problems, Ichabod and Abbie slay some demons and do karaoke.Tweet

Henry’s missing, so we’re back to monsters of the week on SLEEPY HOLLOW. Not a single appearance by The Horseman this time! It’s nice to mix things up a bit. While giving us some sweet, sweet backstory on Hawley, I’m getting real tired of the love triangle thing they’re trying to bring up between Jenny, Abbie, and my favorite southern treasure rouge. It’s a worn out trope to use and I’m glad it’s not constantly coming up between them, but I see hints of it being A Bigger Thing in future episodes and I would rather it not be. Hawley has unfortunately taken off for bluer waters (for now) in this episode, so maybe they’ll calm down on the threesome business. 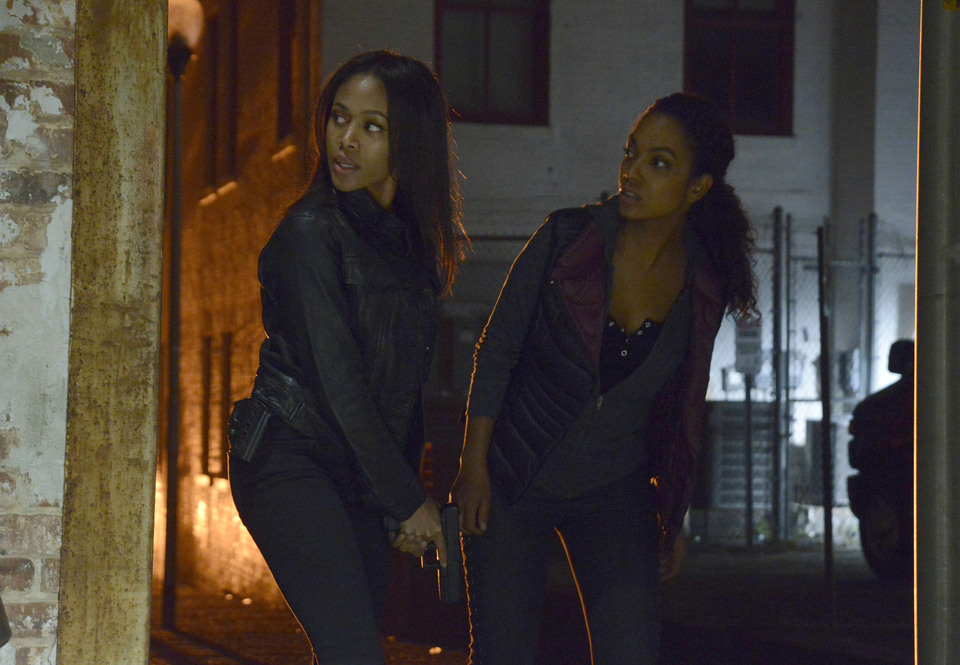 Abbie had some strange characterization this time around. There’s a throw away line at the beginning of the hour where she lightly defends Katrina’s choice to free the Horseman. I don’t like that Abbie is taking Katrina’s side. She knows that witch is crazy and she shouldn’t retroactively defend the weak link. It’s along the same lines of her semi-lying to Icabod about the angel; I’m not sure if this is a new direction of conflict that the writers are trying to steer us down, or if it’s just bad writing.

Just an aside for Ichabod: his new hair is on point. Work that loose-haired patriot look, damn.

If only his game was as good as his hair. Ichabod has been lied to a lot in this season, so with good reason he’s suspicious of the people around him. But it’s opening a rift between the Witnesses and his relationship with Abbie is under some serious stress. It’s not like he’s secret-free or anything. Ichabod should just sit down and write out his entire memory during the time of the Revolution. He keeps coming up with crucial clues for every National Treasure problem they come across that it would be helpful for them to have a guide beforehand.

Ichabod and Abbie do have a talk while they’re locked in a giant safe and forced to spend time with each other. The dialogue here was hokey and turned me off at first, until a later scene where Abbie asks Ichabod, “We good?” It made me realize that they’re both so stiff in the way they handle emotions, especially Abbie. She grew up on the wrong side of the tracks, with no emotional support until Sheriff Corbin, but even then, he was fairly gruff too. The cheesy dialogue fit with the mood between them in retrospect, but it was still some pretty terrible lines. I’ll forgive them because I want to like the show so much. Much of the charm comes from the chemistry between Ichabod and Abbie, so hopefully they hop back on the same train soon. They do have Ichabod and Abbie do karaoke together, so I’m not sure if the show is actively trying to kill me with cuteness or what. 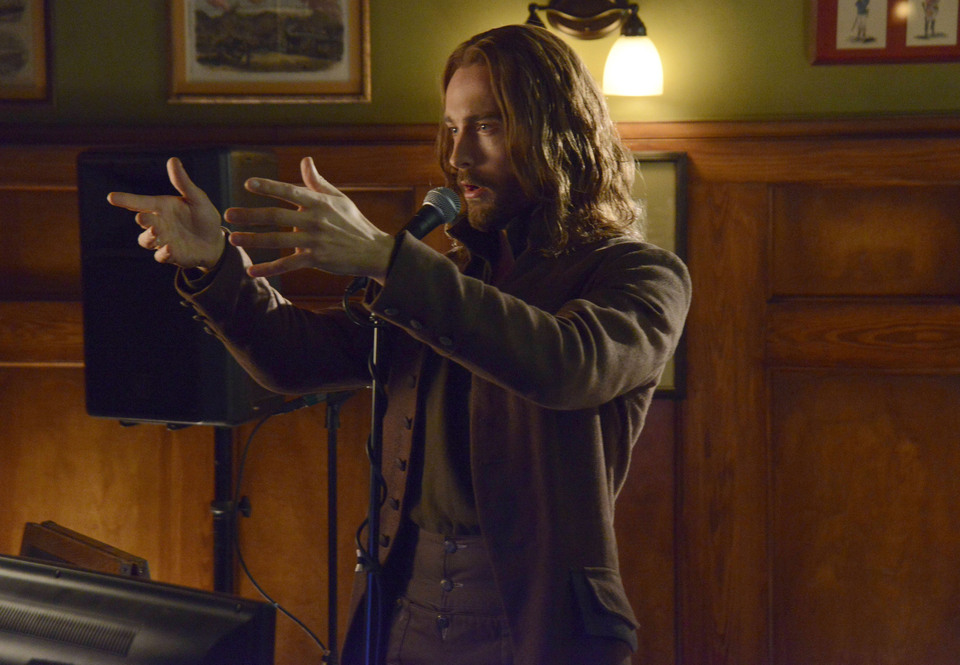 Now to Hawley. I like him too much, which means he’s probably going to die. The good thing about supernatural shows is that usually no one actually stays dead. It’s much more interesting to have some morally-gray characters on the show, but he doesn’t feel wishy-washy like Katrina does. He’s got a more interesting backstory than her even if this is the only episode we’ve seen his history (sorry, Katrina fans). His heart is big, even if he’s like Ichabod and Abbie – determined not to show it whatsoever. He’s got emotional cramps as bad as they do. Bring him back soon! Also, bless this show for shirtless Hawley – Abbie has only been in a sports bra for five minutes in season one, so the absence of gratuitous torn shirts on our female leads is not lost on me. I appreciate it.

The demon was pretty cool this week, though Ichabod having an extensive knowledge of Indian culture is tenuous at best. It’s good to let things slide in this show to have a continued enjoyment of it. They actually need to fight her a bit in this one, though she scoots off into the night and I’m sure we’ll see her again. Maybe with the inevitable Hawley death I mentioned above. Also, with all the weapons Abbie has at her disposal, I’m not sure why they haven’t invested in flamethrowers yet. They carry around torches like it’s still Ichabod’s time and they constantly get knocked out of their hands. Talk to the police department for some new weapons, Abbie. 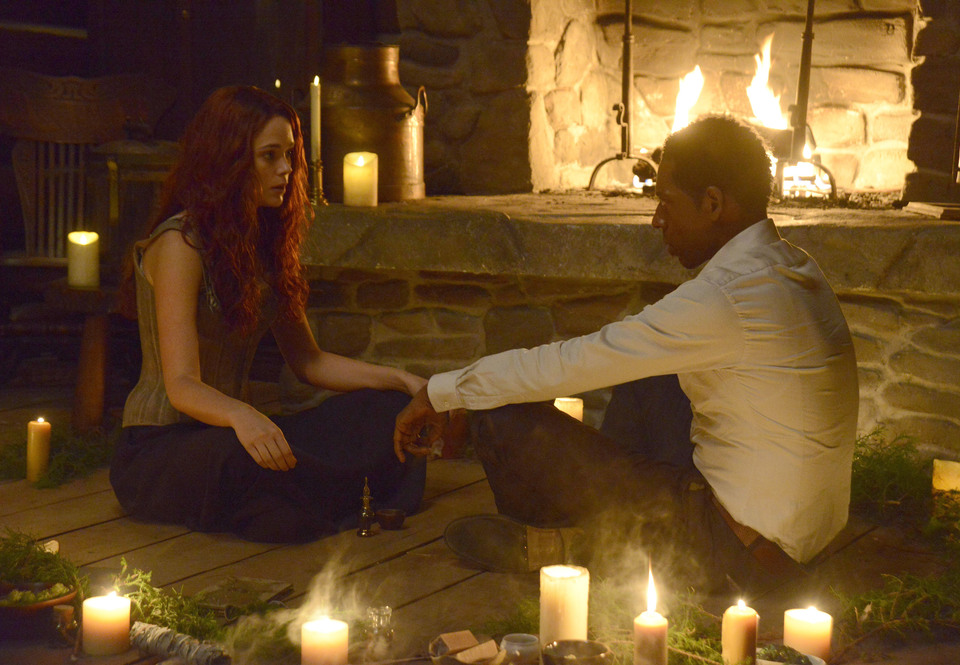 We got some simultaneous Frank closure and Frank questions in this episode. Every time he comes on screen, I’m just worn out for him. This is a guy that’s died, had his soul stolen, and now his wife doesn’t believe him when he says he’s here to stay. I do like that she had an actual reaction to him being back from the dead – her near blank face when she got the news the first time was weird and unaffected. Frank just wants to take care of his family and I just want him to be there for him. We haven’t seen his daughter in ages and I’m looking forward to their reunion if it’s ever going to get here. Peace for Frank Iriving 2015.

Katrina briefly shows up and yeah, I’d like to keep it that way, thanks. She does have a small cute moment with Ichabod discussing a Disney movie: “A modern witch who does housework. Doesn’t sound very progressive.” “Oh no, Miss Poppins seems quite fulfilled!” Anyway, they’re slow together as a team in this episode, despite the “fun” they had in the last one and I’m ready to clear the cobwebs out of Ichabod’s eyes and get him back in the game. Just because you love someone doesn’t mean they’re good at what you do or want the same things as you. Be wary, Mr. Crane.