Our warlock of the week is trying to out-game Ichabod for the flow-y, 1776 hair. It’s simply not allowed. I don’t know who Solomon Kent is, but he’s ripped and ready to do some evil magic around SLEEPY HOLLOW, the Hellmouth of New York. I actually looked up to see if Kent’s a real person, because after we all read The Crucible in middle school, what was scarier than fire-and-brimstone Puritans? Even Abbie mentions the play. It turns out his name is closer to Solomon Kane, a fictional character from Weird Tales (who was a good guy, actually). Writers can recognize a bad guy name when they see one though. There’s lots of spooky blood magic, and he does some magic coke? I’m not really sure about his crazy warlock steroids. He does an amazing cloak flip at a perfectly villainy moment, which I loved. “It’s because of me! *FLIP*” Turn up the camp, Sleepy Hollow. I am here for this. Plus, he looks a bit like The Undertaker from the WWE, right down to the sweet abs.

Sidenote: I love Abbie’s modern correlations to explain the magic in the show. Ichabod doesn’t know what steroids are, but he can connect them to ancient blood magic. His continued bewilderment at current things hasn’t gotten stale yet. Stay cute, Ichabod. 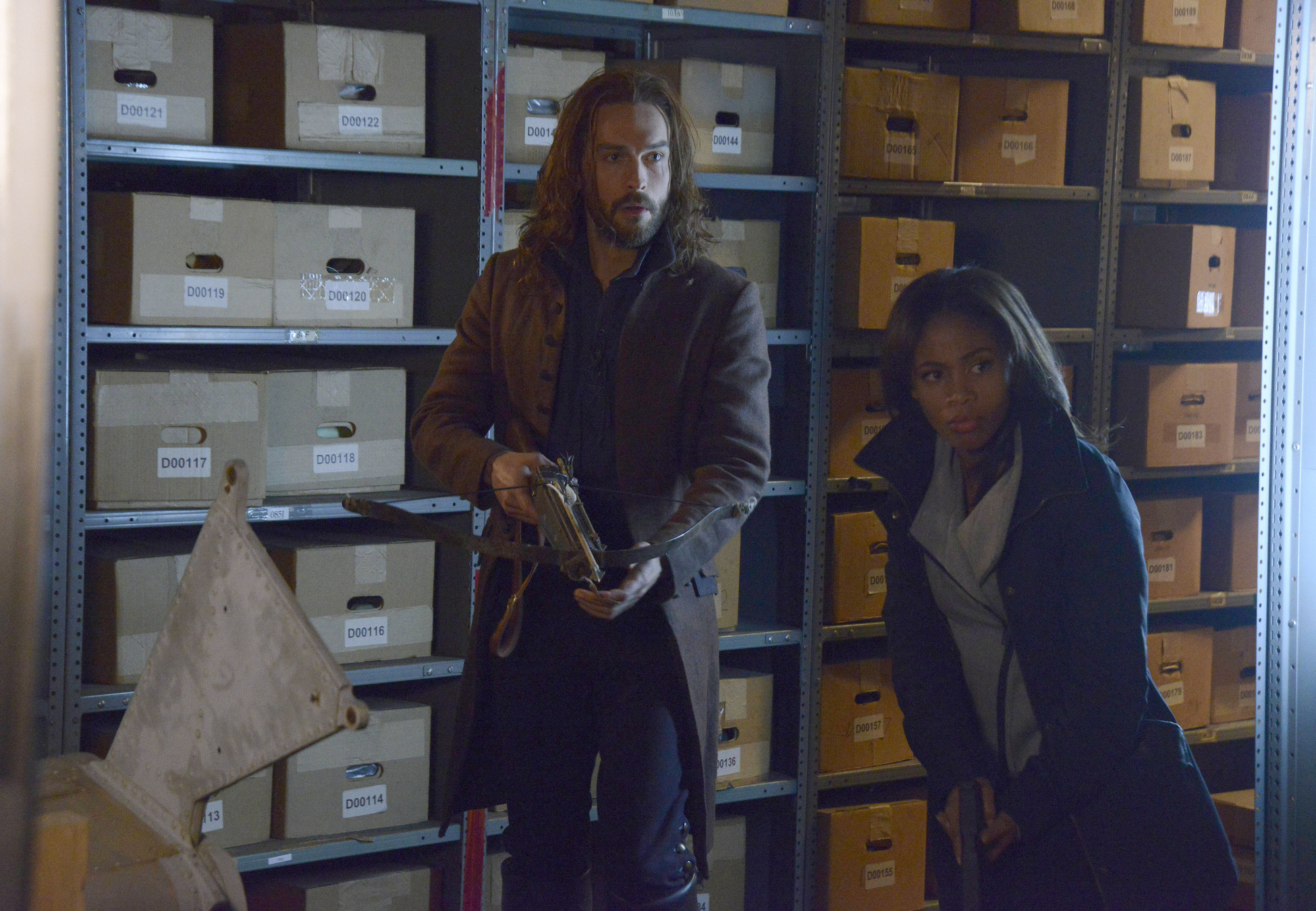 As cool as the magic was in this episode, it feels like a while since we’ve had a good ass-kicking with Team Ichabbie (though Ichabod gets to throw some gnarly punches at the bad guy). I’m sure this is deliberate on the part of the writers as they’ve been trying to keep them separated in this season, but it’s starting to drag. I watch for these two, as I’ve said before, and having Katrina magicking everything away doesn’t make for as interesting of a show. To quote Abbie: “Before Katrina was here, we took down all sorts of supernatural threats. Without magic.”

They give the Witnesses some good dialogue in trying to bring them closer together again. Ichabod looks to the future – they fight for love! A future! It’s extremely sweet, and while it may foreshadow dark times ahead, I like seeing our Witnesses being hopeful about what’s after the coming evil. Even Abbie’s natural pessimism and wariness dims for a moment in the shine of Ichabod’s optimism and I want to believe with them. I swear if one or the other dies in the process of this show, I’m writing a strongly worded letter to Fox. 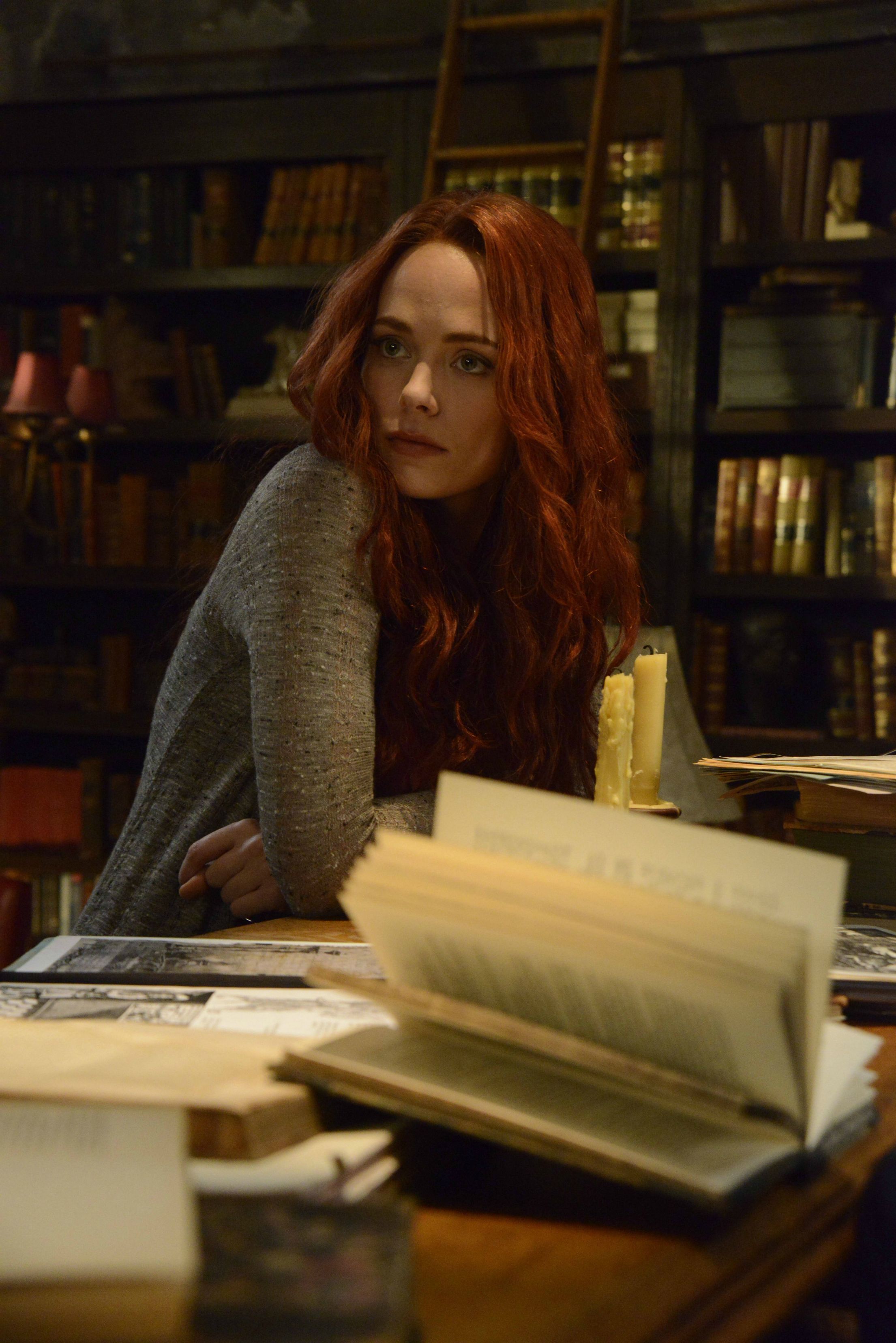 Hmm, so why do I get the feeling that they’re increasing Katrina’s powers so she’ll end up being a villain? Good ol’ foreshadowing. They had a two-for-one special on evil white-out contacts. Anyway, let’s mess up Ichabod’s family even more! Poor Crane can’t get a break. At least she’ll stop being in the grey area of evil and good. If she falls over completely to the dark side, maybe she’ll team back up with the Horseman and we’ll get some super villains that are far scarier than Moloch ever was.

Especially with Irving stabbing me in the back like the does this episode. Why, Irving? Why? I was actually enjoying Henry’s familial feelings. I don’t know if it’s soppy of me to want him to love his family – maybe because I’m like the Witnesses and I’m trusting these characters too easily. But now he’s got un-dead Irving on his side and I’m not sure what to think about him. Henry needs to find some consistency and stop taking after his mother. On one hand, I’m enjoying Irving’s completely done attitude about life. I guess being resurrected with put things in perspective for you. I don’t like that he’s playing games with my girl Abbie. She has so few positive figures in her life, Irving was one of them, and she’s tentatively trusting him again after she was so smart to listen to her instincts. It’s going to end badly for everyone when this betrayal is revealed.

Since they’re opening up time-travel as a possibility on the show, does that mean they’re going to mess around with Ichabod’s storyline eventually? I hope they keep this to a singular thing and don’t open that can of worms. Shows usually flounder when they try to bring in time-travel plots and Sleepy Hollow is already on shaky ground for believable logic in-world. Doesn’t mean I love it any less, but they should stick to what they know for now.