Tweetable Takeaway: The reason behind Harvey and Louis’ long time feud is revealed as Harvey tries to get Mike and Louis to forgive each other. Tweet

Airtime: Wednesdays at 10pm on USA

We finally got to learn about the source of the long-standing feud between Harvey Specter and Louis Litt on SUITS; who knew it all started with Hardman and Harvey’s longstanding client? It was an episode rife with great, tension-filled moments and fun, bitter banter between Mike and Louis as Harvey stuck them together. It was a flashback episode and, while it could be a little confusing to follow at certain points, was an all-around well written episode and finally gave us insight as to just why Harvey hates Louis Litt. 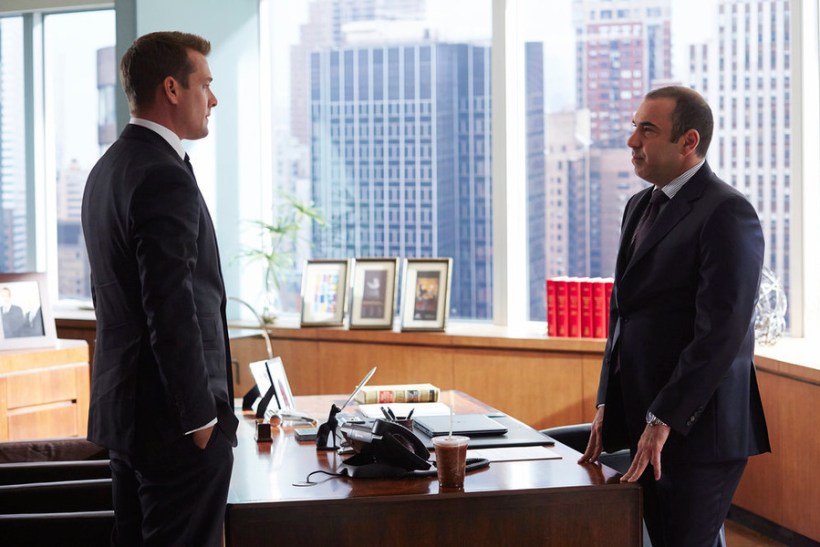 In flashbacks to six years ago at Pearson Hardman we learn that Harvey and Louis are actually friendly to each other. While out for drinks together one night Louis Litt comes up with an idea that Harvey is completely on board with: Pearson Hardman Specter Litt. Both men present a united front to Daniel Hardman, the managing partner at the time, and stated that they were both more valuable than anyone there and they deserved to be partners. Hardman, being the jackass that he is and always was, counteroffers; whichever man can bring in McKernin Motors as a client gets his name on the door. Louis tries to say that it’s not what they’re looking for but Harvey, realizing what Daniel is doing, states out loud that it’s no problem and he’ll bring them in. 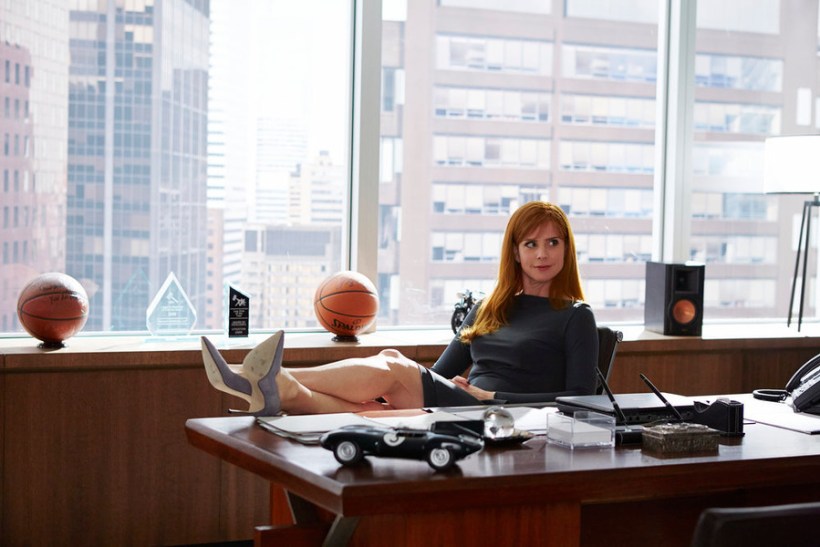 Which we all know Harvey can do easily because it’s what he’s good at. Louis is pissed at Harvey that he dropped the united front and decides to go after McKernin himself. When Harvey gets it, Hardman tells him that they can’t take the company on as a client, leading Harvey and Daniel to fight over it. The next day in court Harvey is railroaded and embarrassed beyond anything. It soon comes out that Hardman convinced Louis to tell everything to the opposition so they would know Harvey’s game plan. That caused Harvey to confront Louis and call him a disloyal rat before officially declaring their friendship dead and working partnership almost non-existent. 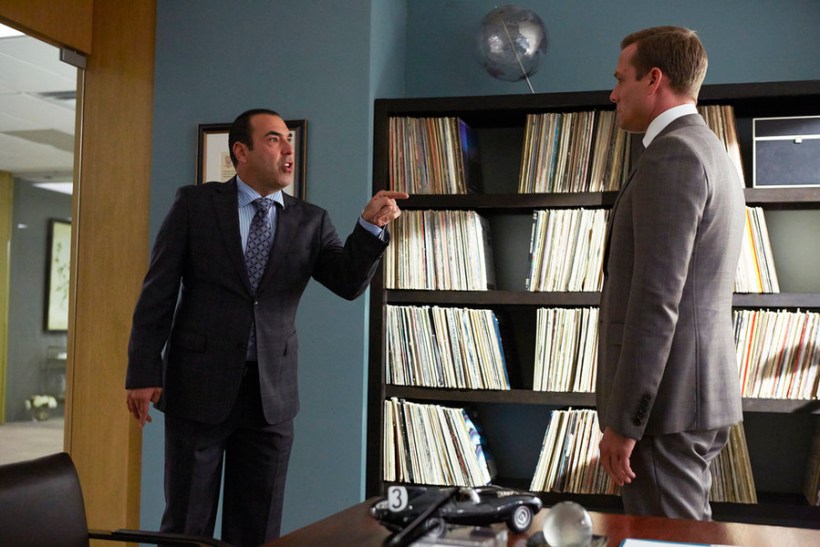 While all of these flashbacks are happening though Jessica has told Harvey that he has to get Louis and Mike talking and forgiving each other and she doesn’t care how he does it. In an odd and bold move (which I’m sure there are conditions on) Harvey decides to give Louis fifty percent of the McKernin Motors account. In order for that to happen, though, they have to drive up to the headquarters at that moment. Louis, seeing the opportunity, agrees to go but is blindsided when they show up at the car and Mike arrives. The entire car ride is filled with silence, angry tension, or bitter quips back and forth and makes for great scenes between the three men. Louis is still so angry with Mike and Harvey and the betrayal that he assumes Mike lied about everything, including his parents and grandmother; cue the flames shooting out of Mike’s eyes.

They stop for gas and that’s when shit gets real; Harvey goes in for drinks and tells Louis to fill up the tank, who immediately pawns it off on Mike. Who isn’t having any of it. The two get in a physical altercation with Louis choking Mike until Harvey comes out and forces them to stop. Soon after they’ve had time to cool down, Louis has apparently googled Mike’s story and realized that it was true. He’s really compassionate about it and finally realizes how alone Mike must have been in the world growing up and states something that I think was hard for Louis to admit. He tells Mike that he’s not a fraud, he just lied about law school. For Louis, there has never been a distinction between them, and it seemed to break through to him at that moment.

One of the best moments of the episode, aside from Louis realizing that Mike is human, was the fact that when they arrived at the headquarters Harvey gave his fifty percent to Mike. Instead of having Harvey’s driver (who met them there) drive them back, Louis takes Harvey’s keys and insists on driving back with Mike. Why? After Mike’s parents were killed in a car crash he could never bring himself to learn to drive. In an awesome mentor/friend-type moment Louis announces that he’s going to teach Mike to drive on the way back. The banter back and forth between them finally became friendly and it was a really great moment to see.

However, this is Suits, and we know that the peace can’t last that long. I would love to see friendly, healthy competition between the three of them but things tend to get personal and brutal on this show for the characters and, as next week’s preview shows, that doesn’t seem to be changing for the beloved characters anytime soon.

Amanda is a producer and writer currently having the time of her life in Los Angeles. She can frequently be seen with a pen, notebook, and a cup of tea.
Twitter:@itstheREELmandy