Tweetable Takeaway: While still remaining funny, this week’s episodes were in favor of cringe humor over character development.
Tweet

Airtime: Sunday at 9 on Fox

We return this week with another double dose of the series. While I laughed at the ironies created by the situations that Phil gets himself into, I can’t help but to think about how the characters feel about being the last people on Earth.

For the last few episodes, the series has hit a road block with the subject material. Phil wants to have sex with Melissa, but she’s with Todd now. That has been the extent of the development.

There are indeed some solid laughs in the episodes from last night. Hearing the song She Drives Me Crazy will likely make me laugh from now on. Seeing Phil contemplate leaving Todd stranded in the middle of nowhere was great. However, midway through the second offering, I was starting to remember the gravity of the situation.

We haven’t gotten any new background information about the past of the characters. In the pilot, we got a glimpse of a past birthday party that Phil had with family. The feeling of that scene is long gone. The sentiment has been shut down by the choice to focus on Phil’s selfish nature.

Does Melissa miss her life that she lost before the world ended? We would never know from the plot that we are offered. The gravity of being the last people on Earth is fading away. 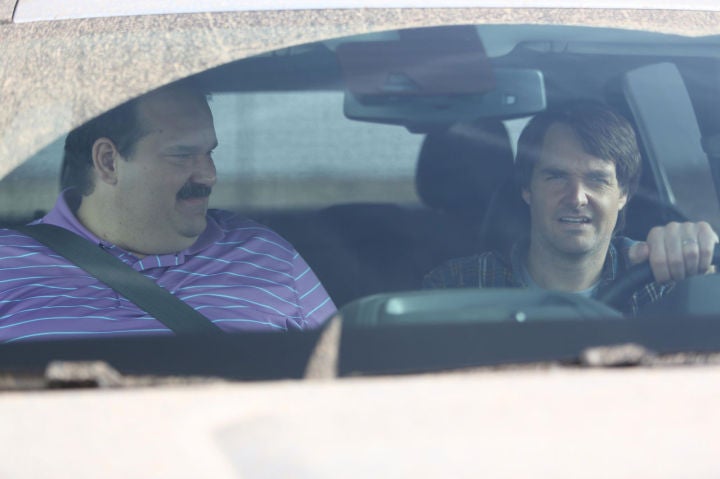 The night ended off with the lack of a cliff hanger. We did get a quick moment where Phil realizes that Todd is a sincere guy. That moment is quickly shot down by Phil’s next attempt to undermine him. While Phil’s crush on Melissa is deserving of being a side plot, it has taken the title of being the main plot for a few episodes now.

There is hardly a line in the show that Phil delivers with sincerity any more. Hopefully in the upcoming episode, we start getting the depth to the characters that is necessary for the audience to want to spend their time with these people. The show has undoubtedly remained funny, but the balance of humor and sincerity is off. I have to continue to ask where the longevity is. This crew deserves development in the upcoming episode.

Keep up with all Last Man On Earth reviews here!
Follow all of our TV content here!