Well, the sun is rising on the vampires, fairies, and humans of Bon Temps. HBO’s supernatural drama TRUE BLOOD is ending this year after seven seasons of blood, fangs, and steamy scenes. 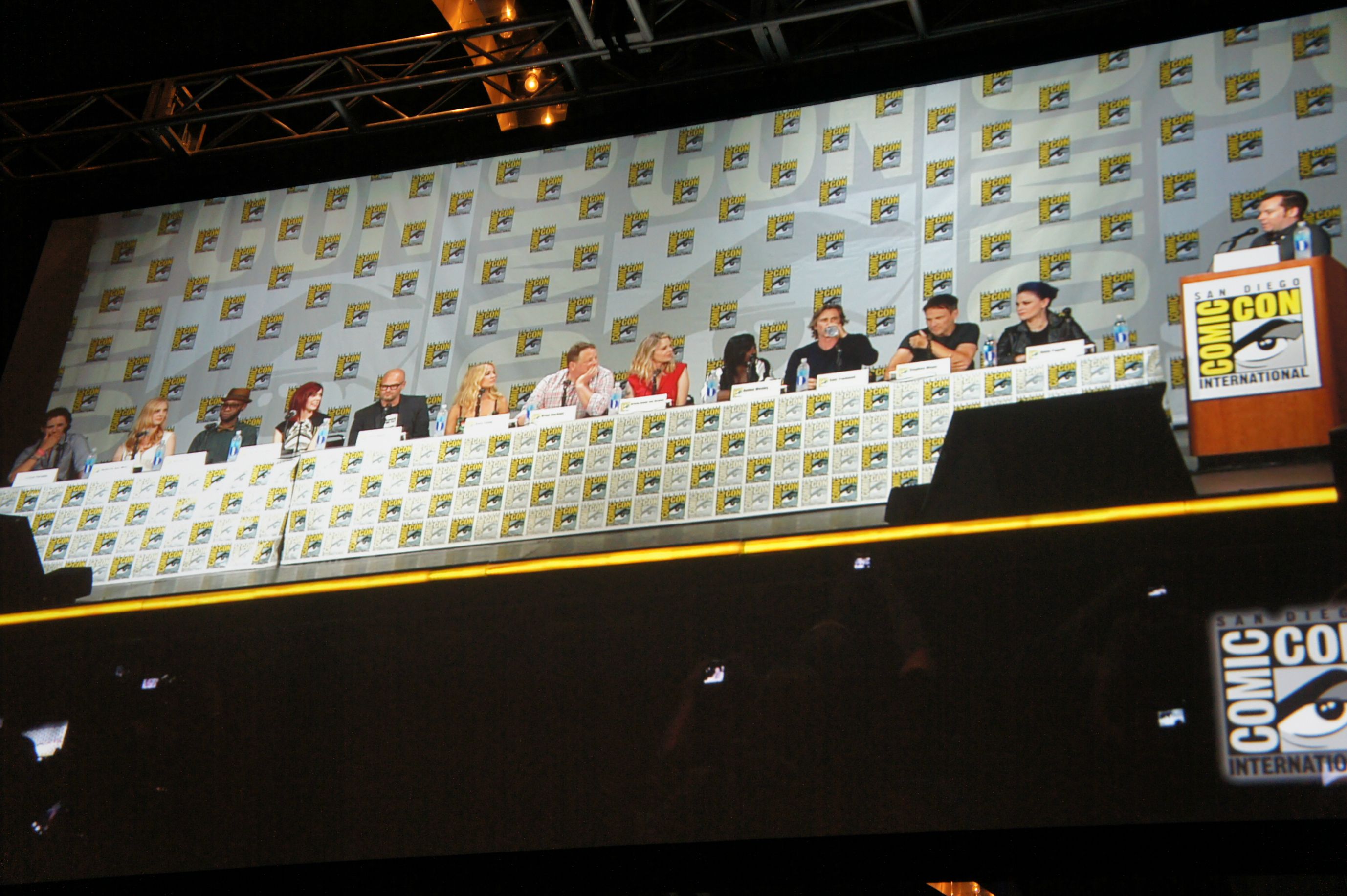 Cast members Deborah Ann Woll, Nelsan Ellis, Carrie Preston, Sam Trammell, Stephen Moyer, Chris Bauer, Anna Camp, Kristin Bauer Van Straten, Rutina Wesley, Nathan Parsons, and Anna Paquin were joined on stage by executive producer Brian Buckner for the Thursday evening panel. Moderated by Tim Stack of Entertainment Weekly, the discussion was, rightfully, the most emotional of all of the ones we attended, and served very much as a celebratory memorial to the show, the cast, and the crew. We opened with a pre-taped video of the cast saying goodbye – to the show and the fans – and the waterworks just kept flowing from there. 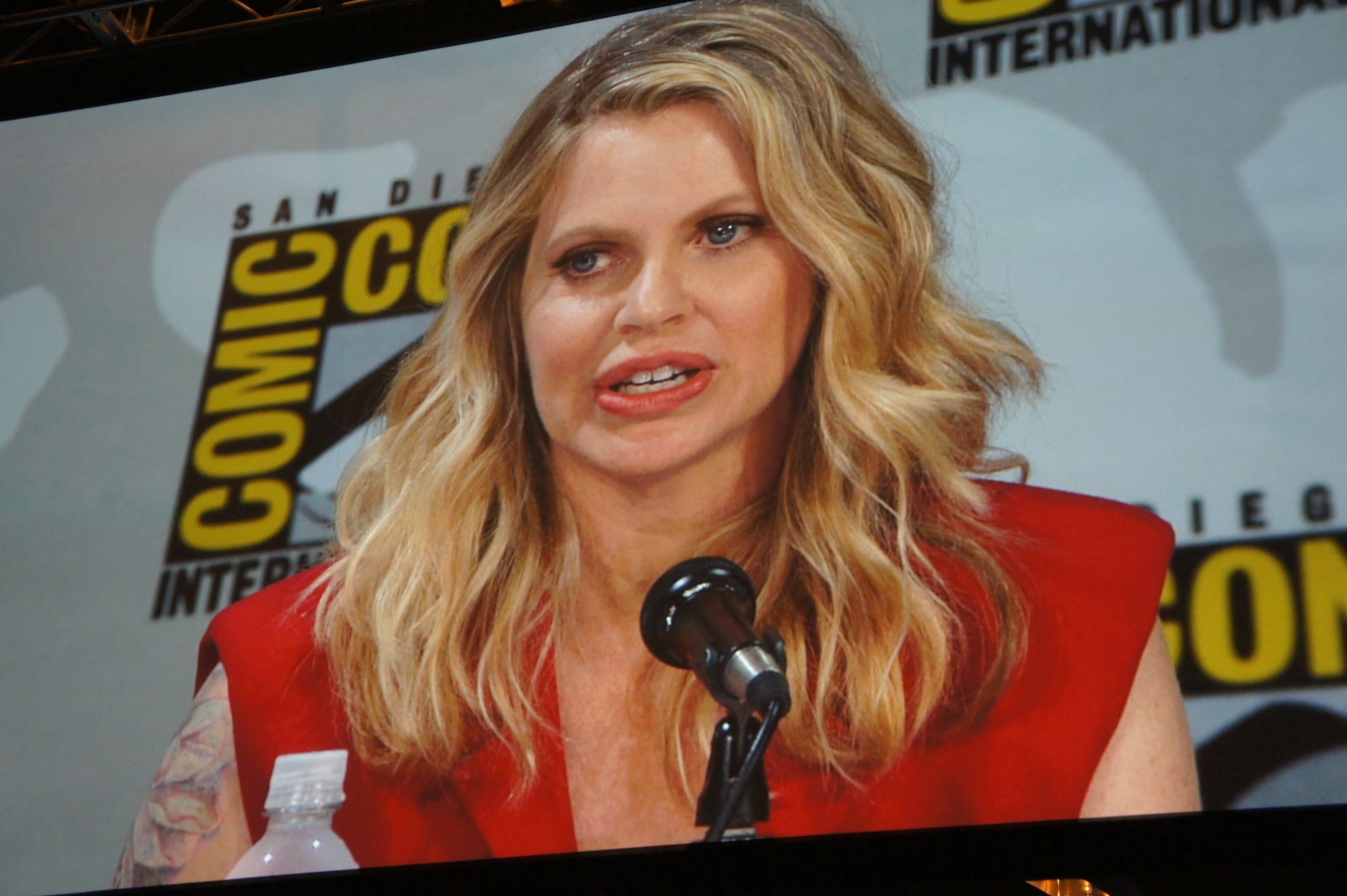 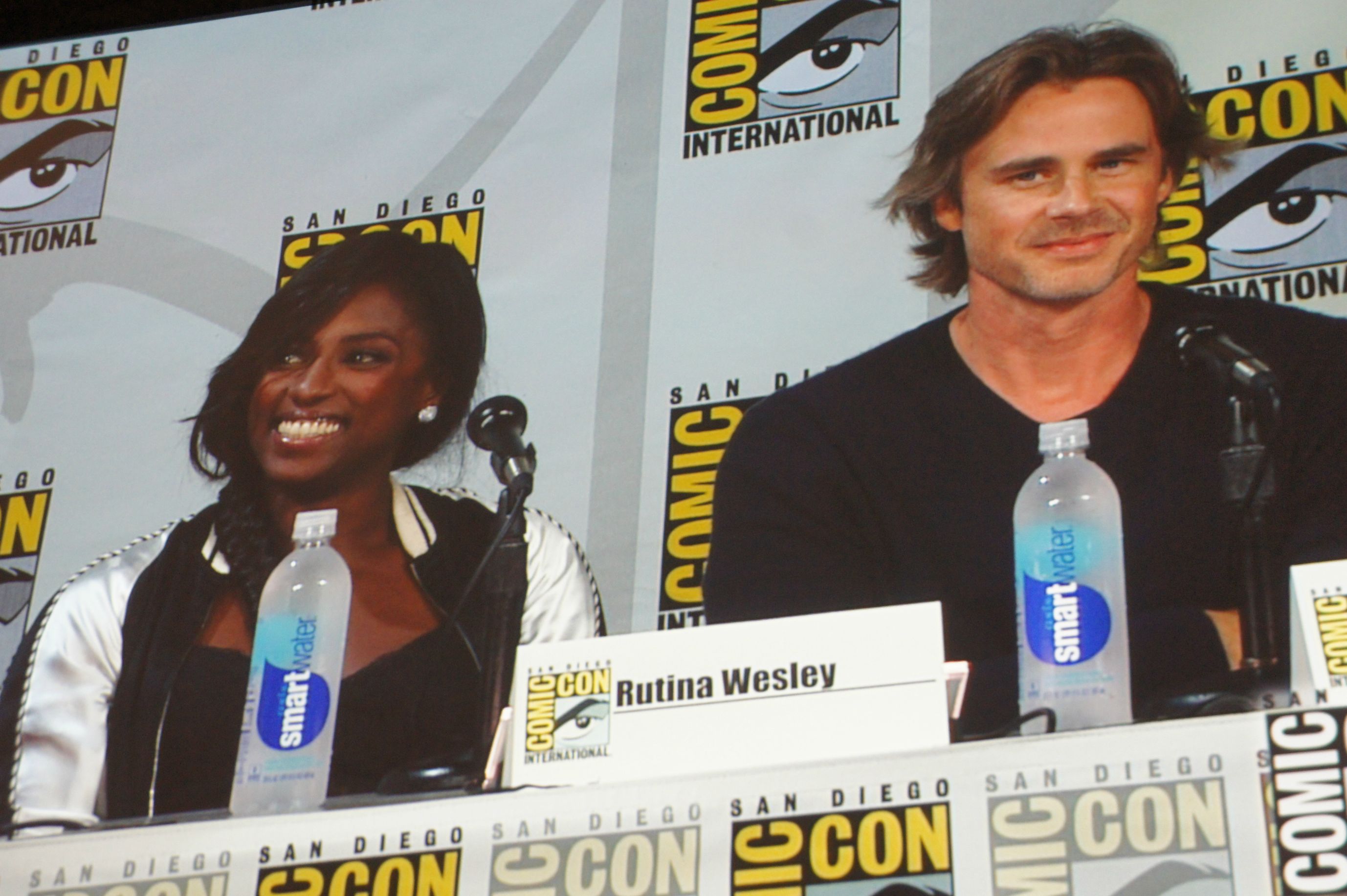 Much of the extra-long panel was spent reminiscing about the 7-year-long journey of “True Blood.” The cast shared memories from the pilot episode as well as what it was like for them to film their final scenes on the show. Wesley (“Tara Thornton”) said that the end of her time on the show hit her all at once after the last take. However, despite her character being killed off, we were promised that we haven’t seen the last of Tara. Woll, who plays the young vampire Jessica Hamby, shared how 17 people wrapped at once at 4am out in the woods and that it was a beautiful moment for all of them to experience together. Van Straten (“Pam Swynford de Beaufort”), who shed the most tears of the panel, reminisced about her years working with Alexander Skarsgård (“Eric Northman”), who was not present at the panel. It was clear to the packed Ballroom 20 that the cast enjoyed working together on the show and would miss it dearly. 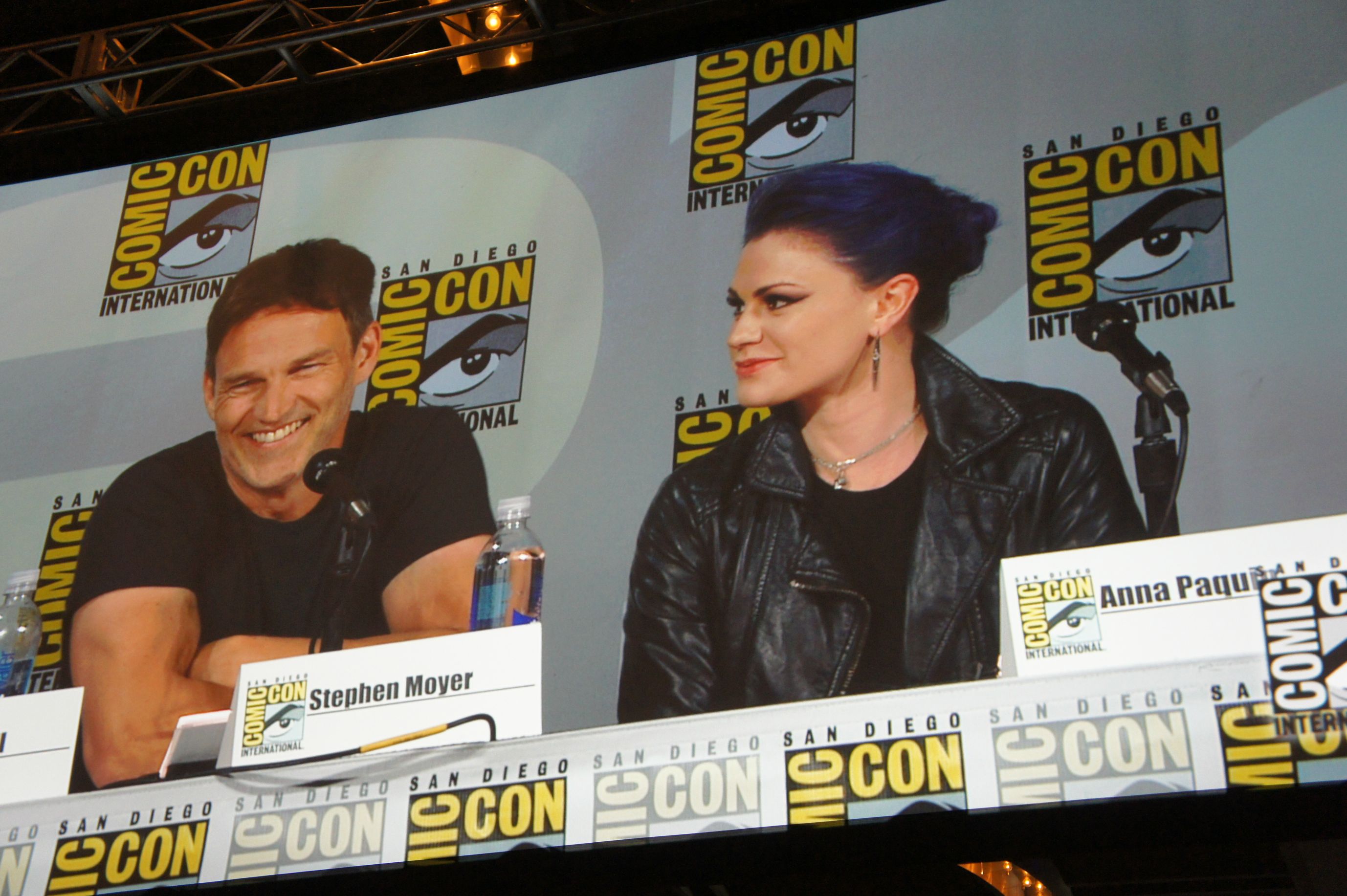 There were some lighter moments to the panel, to break up the not-quite-funereal tone. Paquin (“Sookie Stackhouse”) told the audience about the famed Toad of Shame – a macabre necklace cast and crew members must wear when they screw up on set, be it for a cell phone going off during a take, breaking a prop, or any other toad-worthy offense. We also discovered that Ellis (“Lafayette Reynolds”) has “accidentally” been taking things home from set (mostly pieces of his wardrobe) since the very beginning. We’re pretty sure he’ll get away with it. Other cast members also admitted to taking home props as mementos. 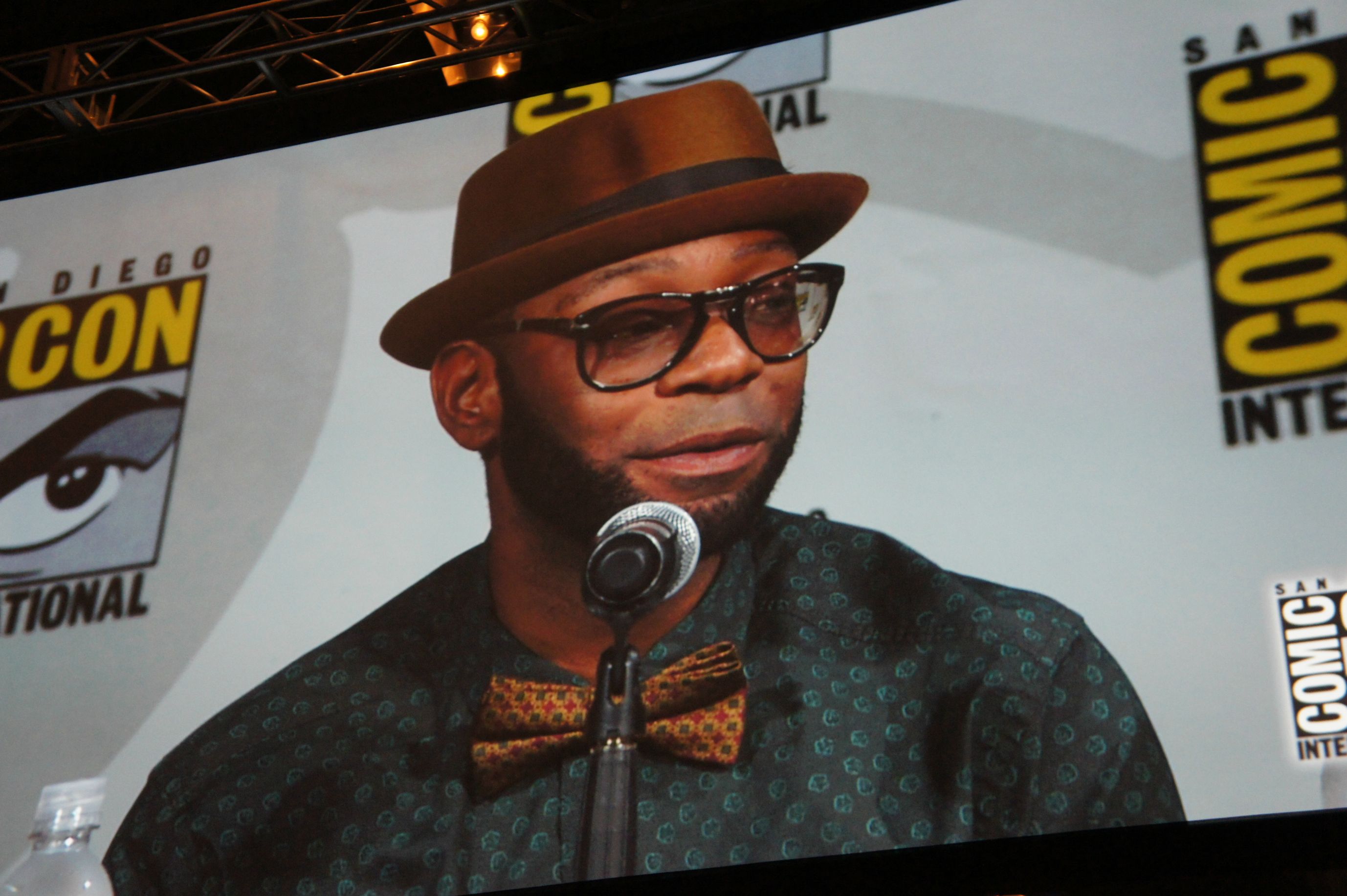 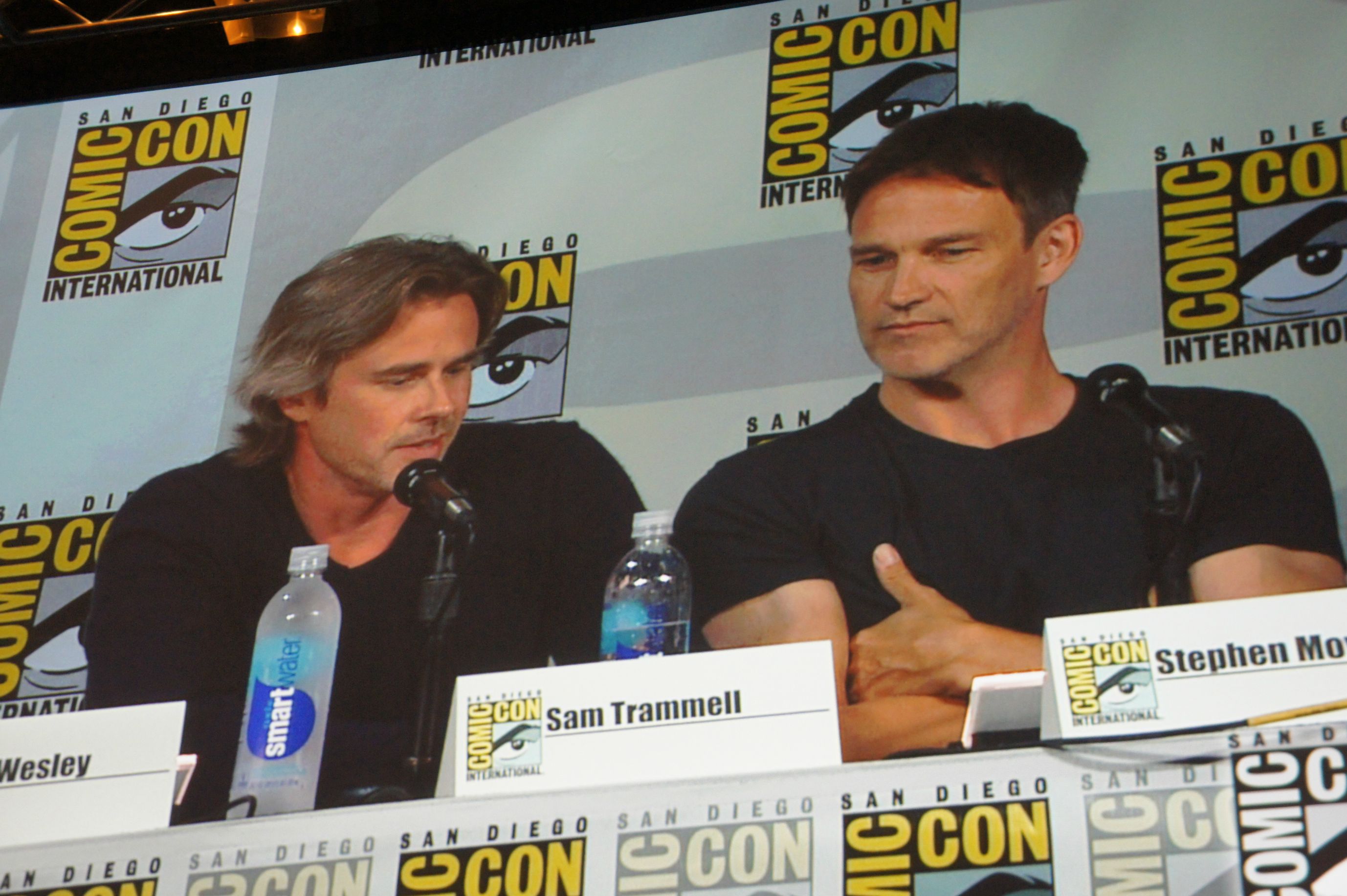 Moyer (“Bill Compton”) cajoled Trammell (“Sam Merlotte”) into giving the audience a little taste of his Skarsgård impression. It was revealed that during table reads, Trammell often took over the lines of Skarsgård’s Viking vampire. That’s some behind-the-scenes video we’d love to get our hands on.

Moyer, who can sing and dance, also spoke a little about the rumored “True Blood” musical. He told the audience how he was approached two years ago about the idea and ended up recording a couple of songs for it. The tracks were given to Charlene Harris, the author of the Sookie Stackhouse novels the show is based on, and “True Blood” creator Alan Ball. However, Moyer was quick to clarify that after seven years he’s ready to move on from the character and that those recorded tracks would be his only involvement with a musical, should it actually go through.

The emotionally charged panel ended with a sneak peek at the last half of the final seasons. Bruckner assured the audience that the last episodes would be emotionally satisfying, or at last as satisfying as the end of a beloved show can be. 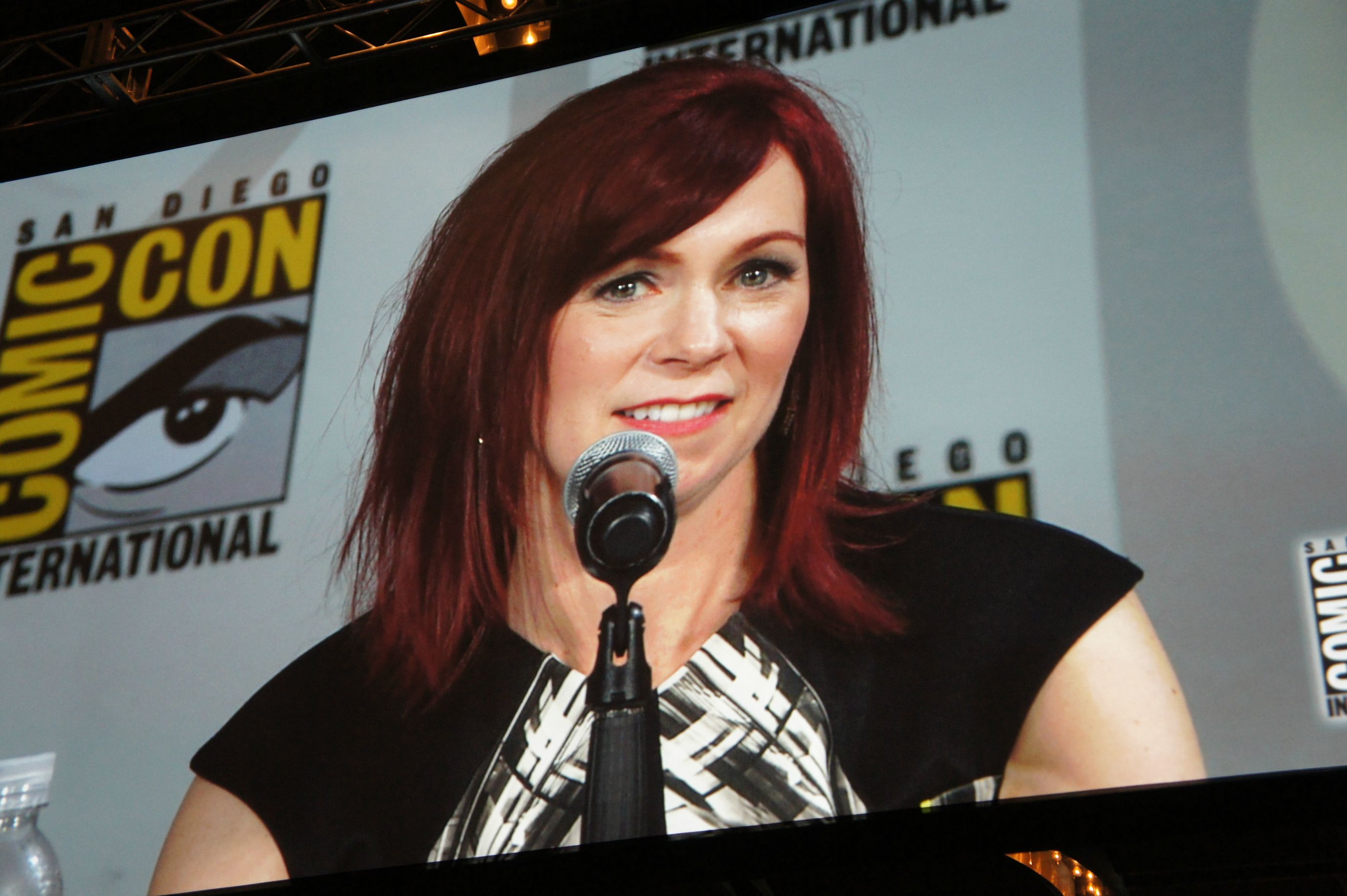 The series finale of “True Blood” airs August 24 on HBO.