Tweetable Takeaway: And thus the second season of HBO’s #TrueDetective has concluded. But does anyone even care? Tweet

And thus the second season of HBO’s TRUE DETECTIVE has concluded. Did you catch all that? Caspere’s young woman assistant we met in that throw-away movie-set scene a few episodes ago ended up being one of the two children traumatized by the jewel-heist/parent-slaughter our detectives were hearing about throughout the latter half of the season. Her unhinged brother was the movie-set photographer we met in that same scene. Together they plotted to revenge-kill Caspere and play a game of cat and mouse with the city higher ups that they had incriminating information on. In the end the kid stabs Chief Holloway and then gets shot. Which leaves the viewers with just one final burning question:

Looking back on this season of True Detective, it is exhausting trying to piece together all the characters and elements of this story. This story that took us all over the place but ultimately went nowhere. It is so much work (remember about a hundred indistinguishable names, faces, places, and connecting them) for such a tiny, tiny dribble of pay-off. Even piecing together characters’ basic motivations was a chore. Why do I care about these kids getting revenge for their parents? Why do I care who murdered Caspere at all, and why do I even want the villains to be caught? I’ve been given absolutely nothing to hold on to emotionally, and nothing compelling enough story wise for me to desire any specific outcome in this tale other than for it to be over.

The season finale seemed to drag on (a merciless extended 90 minute episode) and held no surprises. We knew the second Frank started promising his wife they’d meet again that they wouldn’t. We knew the second we saw Ray even mulling over the idea about swinging a detour to see his kid one more time that it would be his final and fatal mistake. Furthermore, the scene where a bleeding out Frank limping through the desert being harassed by his inner demons (his father, a gang of black kids, his former right-hand man he killed) seemed out of place for a True Detective episode. I think something like this could work in another tale with another set of rules, but True Detective’s grounded visual style and storytelling doesn’t really permit its characters to be haunted by visions of past detractors, even moments before death. And especially not in the moments before the season ends. Where did this come from? And why? And again, WHO CARES?

Ani gets away and meets up with Frank’s wife in Venezuela. We see she now has a baby, which is presumably Ray’s. But this doesn’t quite pack the punch it needed, seeing as we found out a few scenes earlier that Chad actually WAS Ray’s kid all along. He has his heir, and the boy has accepted his roots, as we see when Ray peers across the schoolyard to see the red-headed butterball carries around his grandfather’s badge with him everywhere he goes. Although, SIDENOTE, it looks like he’s playing a game of dice in which it’s entirely possible he’s gambling the badge away. And with Ray’s genes, this seems entirely possible. 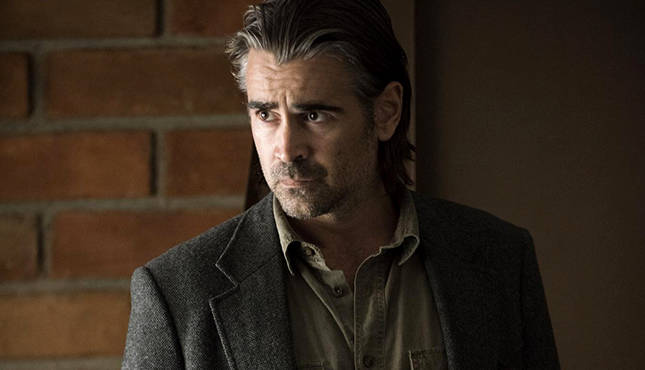 The one moment that connected with me in the season finale was when Ray was fleeing his enemies, leading them up into the woods for a final showdown, all the while desperately trying to get his voicemail sent through to his son on his cellphone. After he’s shot to death, we see the iPhone’s message: Message Not Sent. That landed with me, but probably only because I’m all too familiar with the Message Not Sent notification when trying to send my large all-bro group text funny Internet memes. It’s truly the worst. I’m with you, Ray!!!

Did this show’s first season show enough promise to bounce back after this sophomore slump? Will HBO even allow it to try? Time will tell.