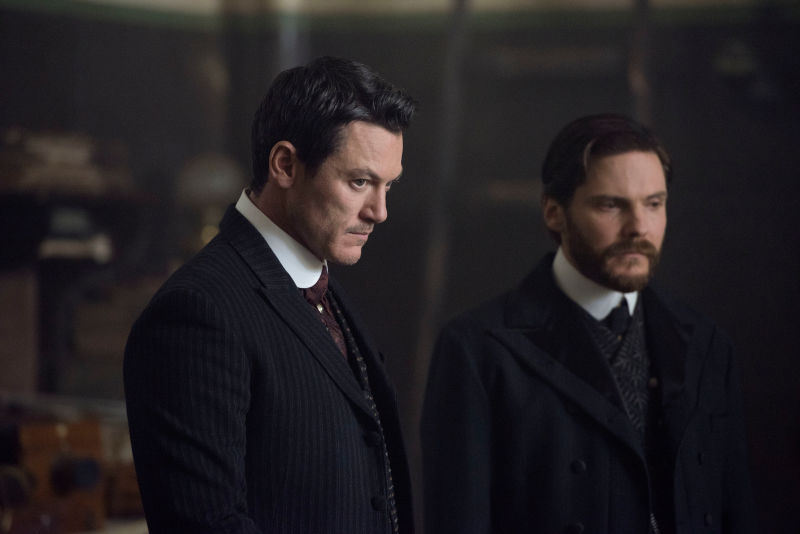 After last week’s clumsy offering, this week’s The Alienist, “Many Sainted Men,” gets the show back on the right track. It’s an episode that brings momentum from the opening shots, with a frenzied New York City populace taking to the streets again in reaction to another boy being killed. It’s always good when we see the fall out of an antagonist’s deeds on the broader world, and TNT’s The Alienist has done a solid job at pulling back the lens a bit and looking at how the killer is affecting the world around him.

Of course, on the heels of last week’s bungled stakeout, our heroes are still very much on the hunt for the killer. Van Burgen’s name is out of the running, and not just because of Connor’s hasty decision. The Isaacsons discover that the killer is now leaving some new marks. This boy’s heart has been removed and so has part of his scalp. Roosevelt looms over and notes that he saw similar methods used out West. This prompts Howard to find any connections. Kreizler and Moore (unsure why not Roosevelt given his connections to the museum), meanwhile, make their way up to the Natural History Museum.

A curator at the museum reveals that while certain tribes would slice off a bit of scalp on adults for religious and spiritual reasons and their understanding of the afterlife, they would never do it on a child; indeed, that would have been a sign of disrespect and betrayal. The curator concludes that the person doing these killings might have seen them but misinterpreted them. In other words, rather than being a Native American, he’s appropriated the custom. 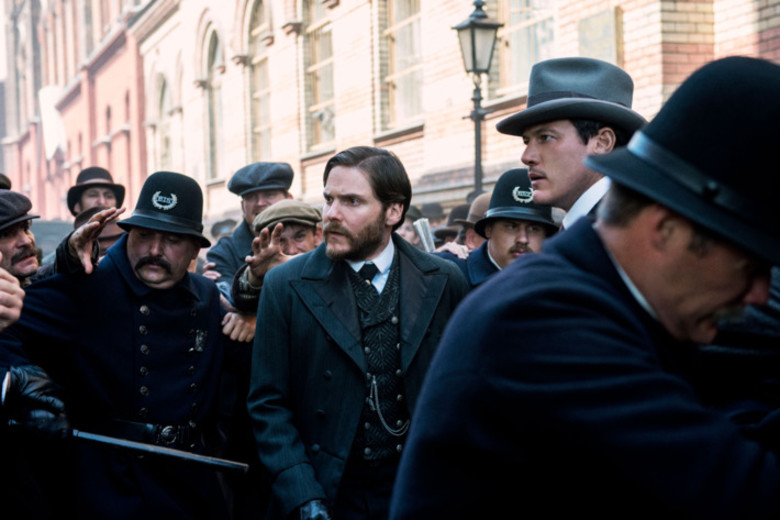 So far, the show hasn’t had much to say about race, but I liked this subtle comment on appropriation. This continues in a sense, when Kreizler goes to pay Cyrus, still bedridden, a visit. Cryus’ niece is grateful for the help that Kreizler has given her and Cryus, but also isn’t afraid to undress Kreizler and his so-called progressivism. While I appreciated this attempt, it doesn’t land as well as it should because of the show’s own thin portrayal of Cyrus. In fact, I think Cryrus’ niece says more lines in this scene that Cyrus, unfortunately, has delivered in the previous six episodes.

Kreizler attempts to redeem himself with Mary at home, offering her a chance to strike out on her own. Mary is her normal quiet self but mostly seems happy just to spend time with Kreizler.

I’m also glad the show started to address the fallout from Kreizler callously slapping Sara last episode. Sara tells, without going into detail, Moore about the situation and later Moore and Kreizler get into yet another argument. 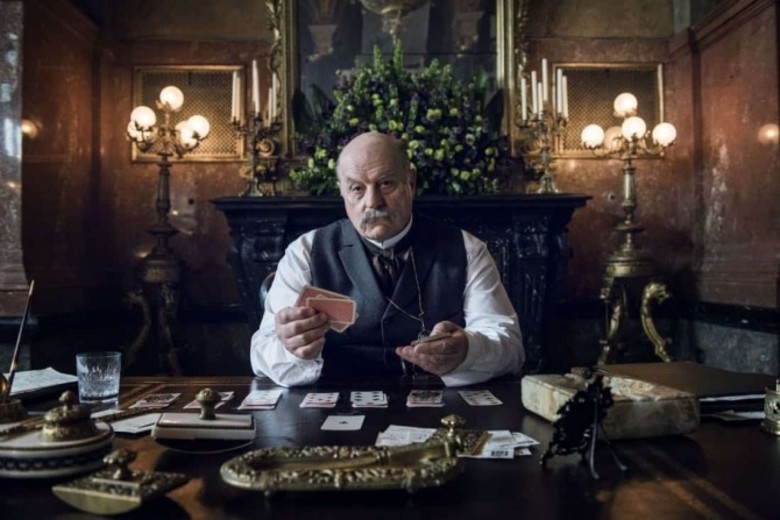 As Kreizler and Moore move about the city, they’re basically kidnapped and brought to J.P. Morgan, who is willing to hear this newfangled alienist’s view on the murders and offers his financial backing. Without even letting Morgan finish his screed, though, Kreizler interrupts and declines any help from Morgan. To be fair, the financier and philanthropist is more concerned about how social and civil unrest will affect his bottom line. But still, it was kind of surprising to see Kreizler rebuff Morgan so quickly.

Moore also gets kidnapped and chloroformed away from Kreizler. I like how he’s pretty much the default on the team for this now. Connor confesses what he did to Van Bergen and is told that he’s pretty much screwed if anyone in the upper class finds out. I’m enjoying watching this class commentary play out, and how certain men seemingly have a lot of power in one context, and very little in another. Another example of this is when J.P. Morgan clears the room, only interested, at least for the time being, on what Kreizler and Moore can do for him.