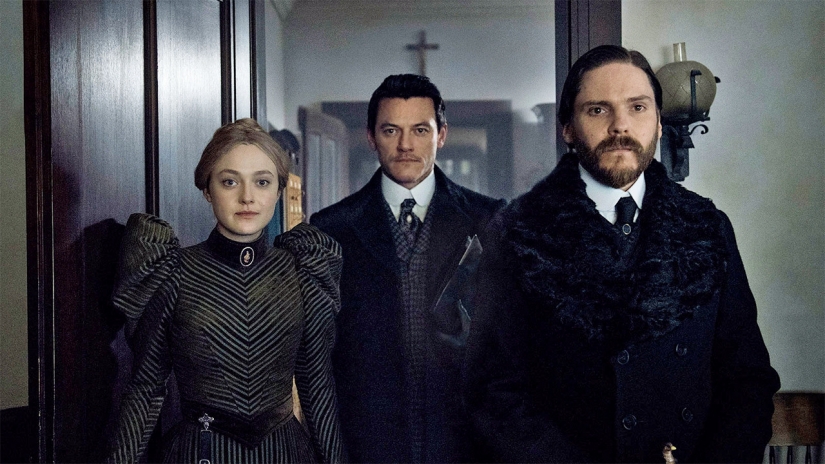 I first read Caleb Carr’s The Alienist in high school in an elective class about cities in the past. In all my years of school, this class was one of the best, blending my love of history, urban planning, literature, and more. And The Alienist, a mystery/thriller set in the Gilded Age of New York City, quickly became one of my favorite books of all time; a copy still sits on my bookshelf in my childhood room back east.

You’d think a New York Times bestseller that was optioned in Hollywood throughout the 90s would make it to the screen no problem, but that’s another interesting part about this whole story. If good material always finds its way to the screen, the gatekeepers did so here at the speed of an 19th century locomotive instead of a modern jet. Now, more than two decades since the book first was released, TNT finally brings The Alienist to the small screen in an 8-part event. Later in the year, the show will be available for binge on Netflix, perfect for those who don’t like 7-day intermissions in their whodunit tales.

The series’ first episode, “The Boy on the Bridge,” premiered last night. And how did the Harry Potter of my youth — #dontjudge — shape up? Mostly, I have mixed feelings. 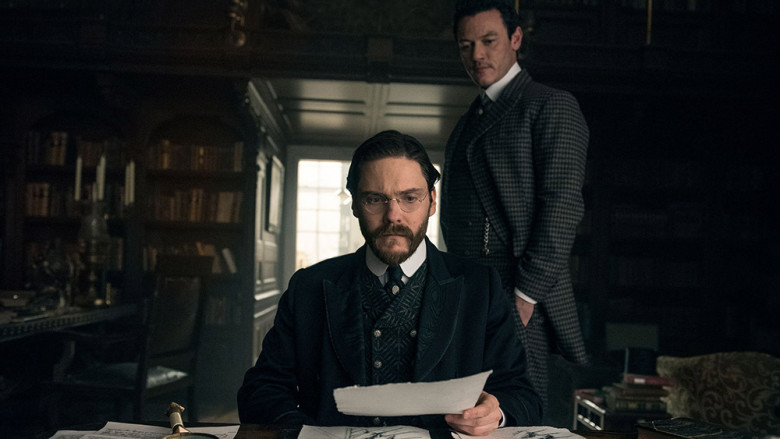 The tale begins with a simple title card that introduces us to alienists, people  working at the forefront of psychology and psychiatry. Our alienist, Dr. Laszlo Kreizler, works with children and adults, running a facility for problem kids — including pre-teen bed wetters (the worst, right?!). The good doctor also dabbles in what one would call criminology. When young boy prostitutes begin turning up dead, Kreizler becomes fascinated with the case and works alongside (as well as behind the back) of the New York City Police Department, to catch the deranged serial killer behind it all.

Kreizler is assisted by another Harvard man, John Moore, a reporter, as well as police secretary Sarah Howard, played by Dakota Fanning, who in another time and place would likely have a higher rank to match her promise. Oh, and a young Theodore Roosevelt (Harvard grad#3), also features in the story as the police department’s commissioner. This unlikely band of people, a mix of fictional characters and historical figures (J.P. Morgan is another cameo I remember from the book) is part of what made the 1994 novel so special.

The first boy prostitute victim lies dead with his eyes missing on the still in progress Williamsburg Bridge. Moore, unsettled, manages to draw the scene, which Kreizler later analyzes. And in a highlight scene, Kreizler and Moore visit Bellevue where they interrogate a murderer infected with late-stage syphillis, who the police also think is behind these boy-killings. Kreizler carefully probes the man, even opening up the man’s cell so he can get up close and personal. The doctor concludes that this isn’t his MO. 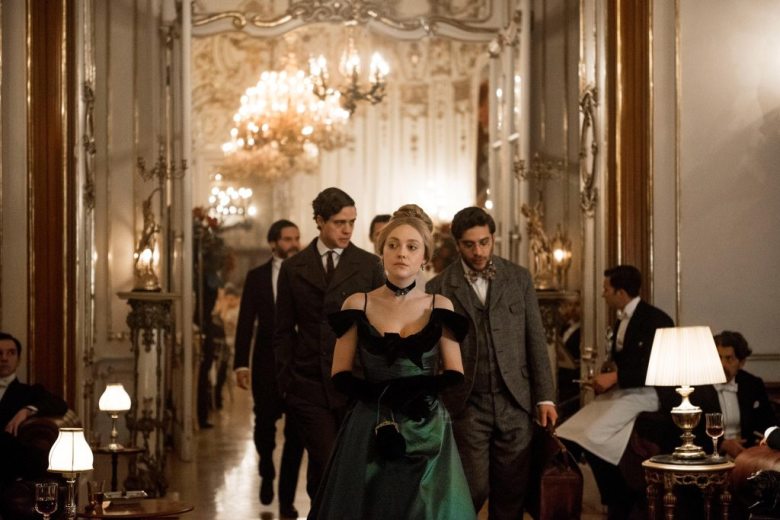 The production value of The Alienist is strong and even though Budapest is substituted for New York, the late 1800s cobblestone streets feel pretty alive. But while the sets and world feel active, the characters don’t always. I was particularly underwhelmed by Theodore Roosevelt, who despite other characters always saying his name, doesn’t feel like the man who in two years time would be fighting in the Spanish-American War, before returning home to become governor, vice president, and president all within a few years. If you can’t tell I’m passionate about the 26th President of the U.S., I am, and mostly the character feels rather wooden.

I did appreciate the scene where Roosevelt tangos with a crime boss, demanding that he shut down his brothel while the investigation goes on. Roosevelt was a tremendous reformer and seeing him here felt true to form. On the other hand, the fact that law enforcement and mob bosses would align felt familiar.

This brings us to another tricky thing about The Alienist 2018. This isn’t 1990 anymore and between the litany of crime dramas and period pieces like The Knick, it takes a lot more to shock and surprise us. At the end of this first episode, I recall sitting back and thinking I hadn’t really learned much. Heck, I was more shocked about the early psychology revealed in The Knick like how how psychosis used to be “treated” by cruelly removing a patient’s teeth. There hasn’t yet been an equivalent moment in The Alienist, a show where psychology ought to be the main dish.

I also should mention that Cyrus, Kreizler’s black elderly servant, feels diminished here. I get that, like Sara Howard, he has a ceiling in the 1800s, but I remember the book giving him more things to do.

Overall, there’s still seven more episodes of this series so the jury is still out. I do think there’s still potential here. The action scenes so far have been promising, especially an ending sequence where Kreizler, having found a severed tongue in his carriage, bolts through the streets and later above them, hot on the tails of a cloaked figure. Undeterred, Kreizler talks about having to truly become this evil man in order to stop him. Chiling.

Maybe The Alienist did take too long to come to life, but better late than never… I hope.