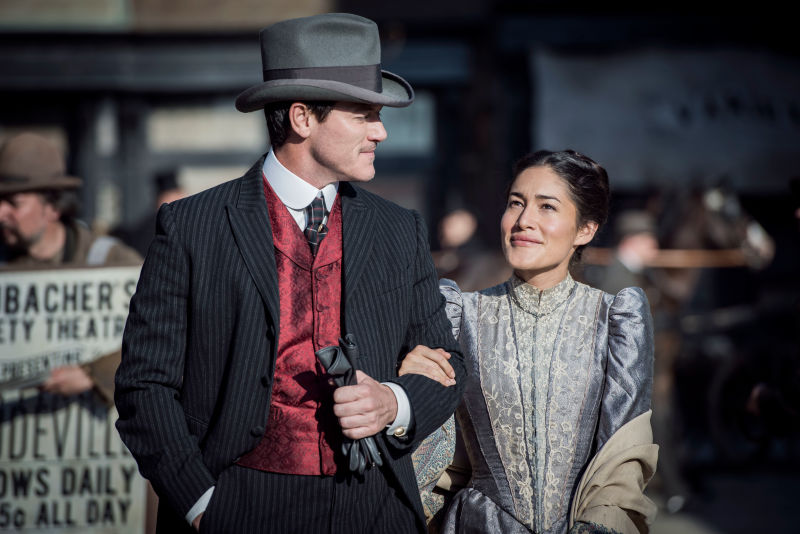 We finally get a ganger at the possible killer on this week’s episode of The Alienist, titled “These Bloody Thoughts.” The man in question has a silver smile, a consequence of using mercury salts to treat none other than syphilis. I like the fact that the killer has always been one step ahead of Kreizler, Moore, and Sara so far and this episode proves more of the same. Our killer baits the team to a supper club. While the team comes to grips with the fact that the killer has their number, he approaches a counter and spots a group of children. It’s just a super creepy scene, and the fact that the killer is now getting bolder makes him an even greater match for our heroes. 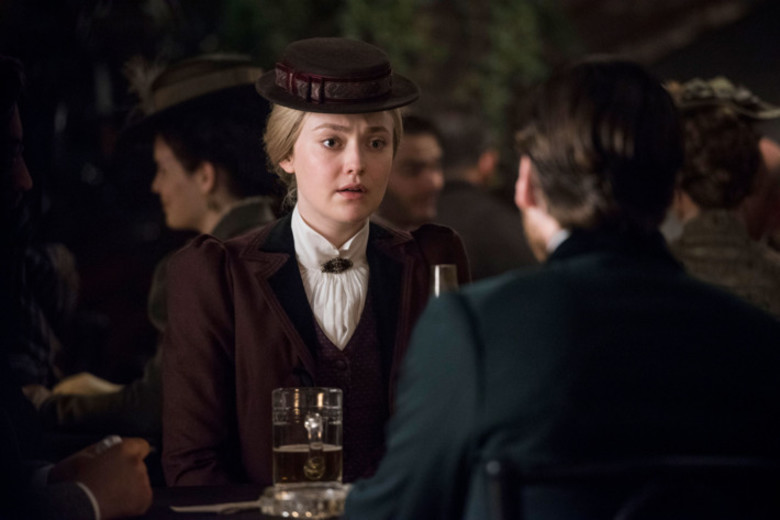 The team also traces back to some of the vertical spaces where the killer has struck. With an assist from the Issacson brothers, they realize how the killer might have fled after he made his attack. This week also features two dates. Kreizler takes Sara out and when Moore finds out, he goes and takes Mary out to see a projected movie courtesy of Thomas Edison. The tension is growing between Kreizler and Moore who are competing not only on finding breaks in the case, but for the affection of women too.

Unfortunately, while the show has a few smart things to say about masculinity, I’m still wishing it had more to say about the boy prostitutes who are being murdered. The show almost seems behind the curve in this sense. While I do think the show is smart for not being too heavy-handed about it and mostly relying on what’s implied, the fact that working-class cross-dressing boy prostitutes are the ones being murdered needs a bit more emphasis. I want to know more about what this means, apart from the obvious fact that these are some of the most vulnerable people in this society. 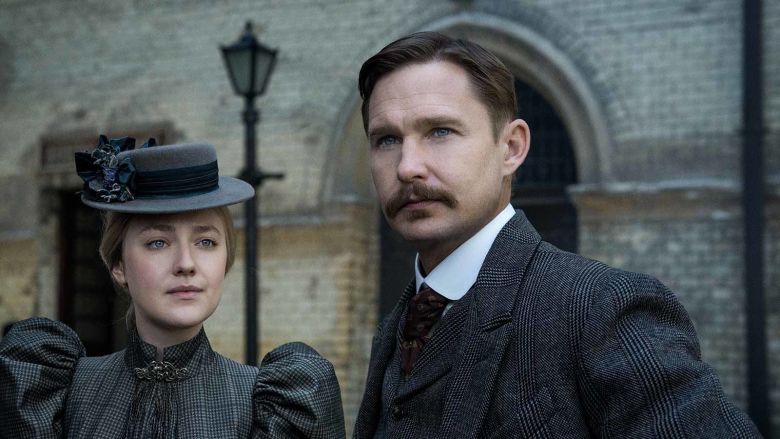 We also find out this week that Connor has discovered that Roosevelt has been aiding our heroes with the investigation. This feels good in theory, but mostly I haven’t seen Roosevelt working alongside Kreizler, Moore, and Sara as much as I remember him doing in the book. I say it every week, but again on this week’s show, I was again waiting for Roosevelt to finally pop and come to life. He still hasn’t. Cyrus, after revealing last week that he once killed someone, is mostly kept to the sidelines and not given particularly much of anything to do.

Overall, though, the world of The Alienist is coming to life a bit more. I especially appreciated the dentist scene, where Moore discovers from a talkative patient that mercury treatment for syphilis can cause “silver smiles.” There was a lot of humor here and it was also interesting to see how this particular medical insight didn’t come from a professional but from a patient. I suppose it was all hands on deck at times back then. The date scenes felt a bit rushed, but it’s always fun to watch people from 100 years ago watch movies while I watched part of this show on my phone. Look how far we’ve come!